Ubisoft has announced the launch of new drops for the 2022 Rainbow Six Siege professional season. Drops aren't a new thing in the scene, being introduced last year.

What are Twitch drops in R6 Siege?

Twitch drops are a feature given for watching a stream for a fixed period of time. In Siege, drops consist of gun charms, uniforms, skins, or esports alpha packs. The Six Invitational 2022 had its own system of Twitch drops, where viewers could get in-game items for watching the main and the bravo streams.

What Rainbow 6 Siege Twitch drops will you get during the upcoming season?

Ubisoft has already revealed all the details.

According to Ubisoft, "duplicate drops are no longer possible," a feature that didn't convince players for the most part of 2021. Back then, receiving duplicate items gave you renown — now, instead of duplicate, you will receive Battlepoints that will "help you complete each seasonal Pass." 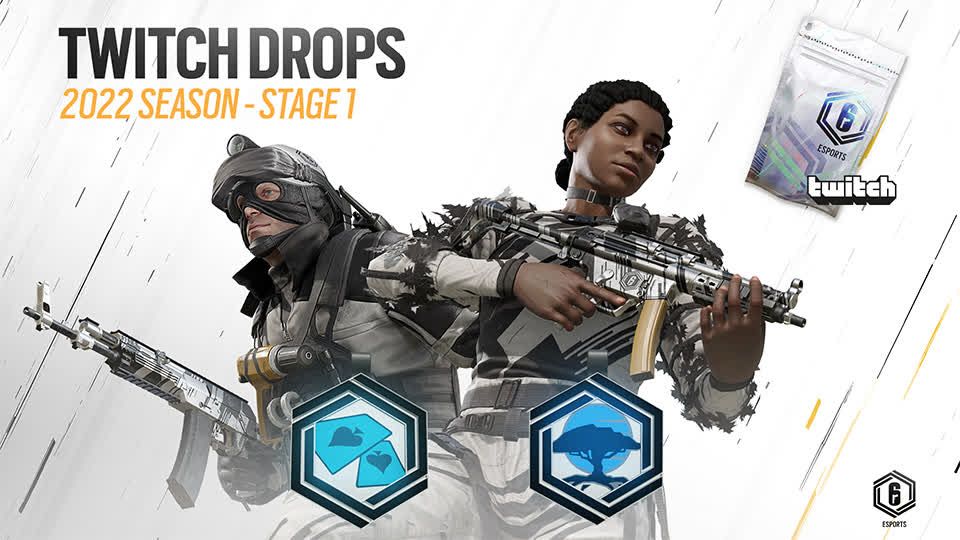 It seems that Ace and Melusi will be the operators to get the Stage 1 drops. The picture shows the operators' esports bundles, including a charm, a gun skin, a uniform, and a headgear. That's eight items in total, four items for each operator.

How can I unlock Twitch drops in R6 Siege?

Drops can be unlocked by watching the Rainbow Six Siege esports streams. According to Ubisoft, "players will receive a pack for every 4 hours watched, with a weekly cap of 2 packs per viewer."

Also, watch out! Watched hours cannot be combined. This means that if you have watched three hours on week one, don't expect to have these hours for week two. Each week is independent of the others.

Drops have to be claimed manually, and cannot be claimed once the week is finished. If you forget to claim your drops, you will lose them. For this reason, you must unlock them while you watch the stream.

Also, keep in mind that until you don't unlock Pack 1, you won't be able to unlock Pack 2. This means that if you watch the stream for six hours without unlocking Pack 1, those two extra hours will be lost.

Twitch drops are active for any platform including PC, PlayStation 4, PlayStation 5, Xbox One, and Xbox Series X.