How long does a Rainbow Six Siege game last?

Not as long as you think!

Is Rainbow Six Siege a game you can play between work? Can you squeeze in a round between meetings? Before school starts?

While Rainbow Six Siege is a competitive game, it's surprisingly not that time-consuming. If you're looking to play a casual or quick play match, expect the match to last about 20 minutes max. Meanwhile, a ranked match is probably 15 to 30 minutes.

How long is a competitive Rainbow Six Siege match?

A ranked match has rounds that are about three minutes, with a 40-second preparation time. A ranked match is usually about four to nine rounds if no team surrenders. This makes competitive matches about 15 to 30 minutes on average.

It may be interesting for R6 players to realize that a competitive match is often faster than a casual match. Why is that?

What is the longest Rainbow Six Siege match?

While watching professional Rainbow Six Siege is usually full of swift, non-stop action, there have been a few times when matches were incredibly long.

An infamously long match was during the CCS NA Season 3 qualifiers. GrizzlyGG and Hat Academy were in the Losers Bracket when they unknowingly took part in one of the most exhausting games of all time.

The match had an incredible 32 rounds. 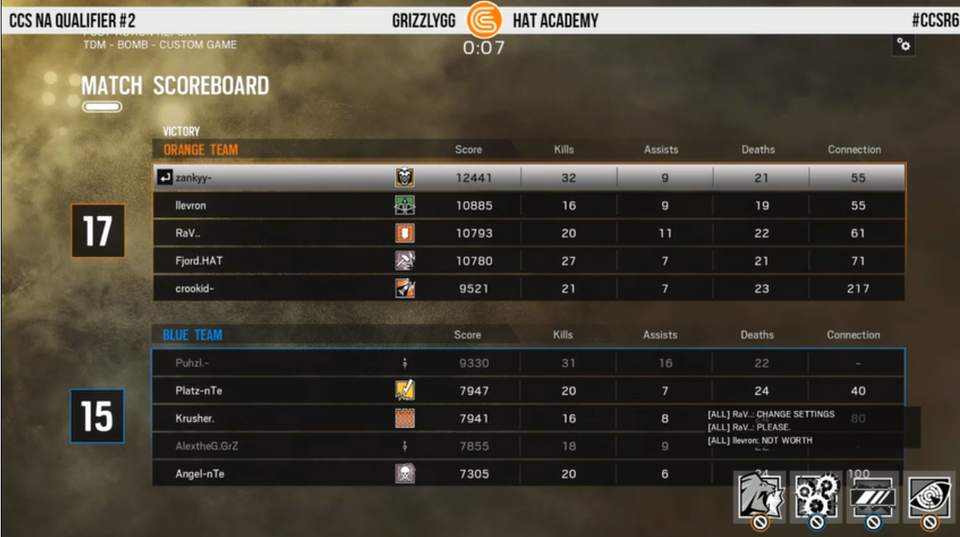 The longest competitive match in Rainbow Six Siege history was about two hours long. This is incredibly unusual for the esport, with fans commenting how exhausting it must have been for the players and the casters.

Despite feeling sorry for the involved parties, the Rainbow Six Siege community enjoyed the match overall. This is most definitely not something you'll see very often in competitive R6 Siege.