It's Thursday, which only means one thing: more Rainbow Six Extraction skins have dropped in the game!

Many players are already asking for these to hit the Siege version, but that's highly unlikely right now. In Siege, these shiny skins would put you in a very delicate spot. Opponents would easily spot you if you used them. Meanwhile, that doesn't matter in Extraction so the skins are getting even crazier.

Let's have a look at this week's skins! 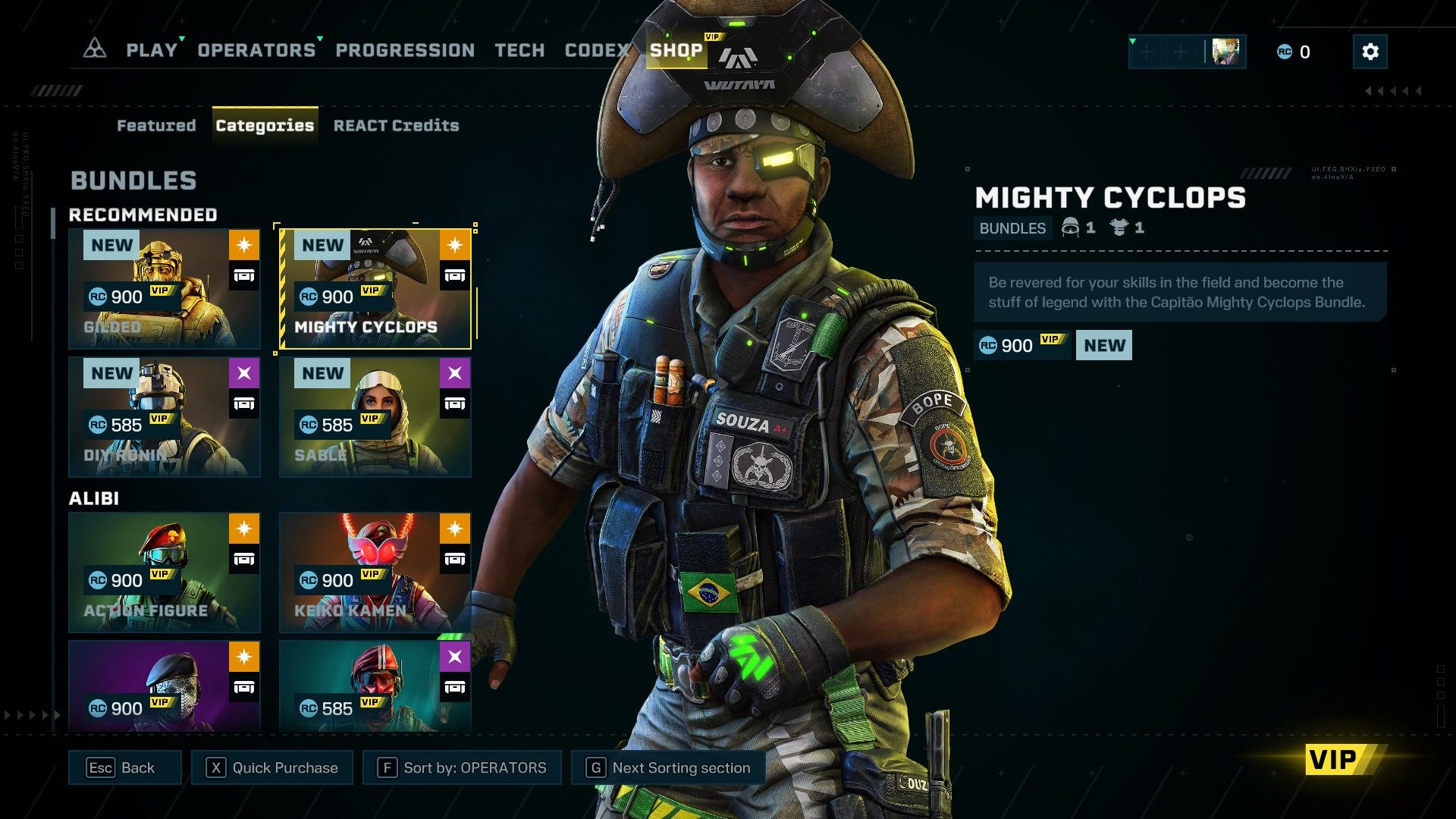 Great headgear, but imagine wearing it in a ranked game in Siege. Everyone would spot you, including that guy who uses Doc just to spawnpeek. However, it is a great outfit to kill Archaeans. 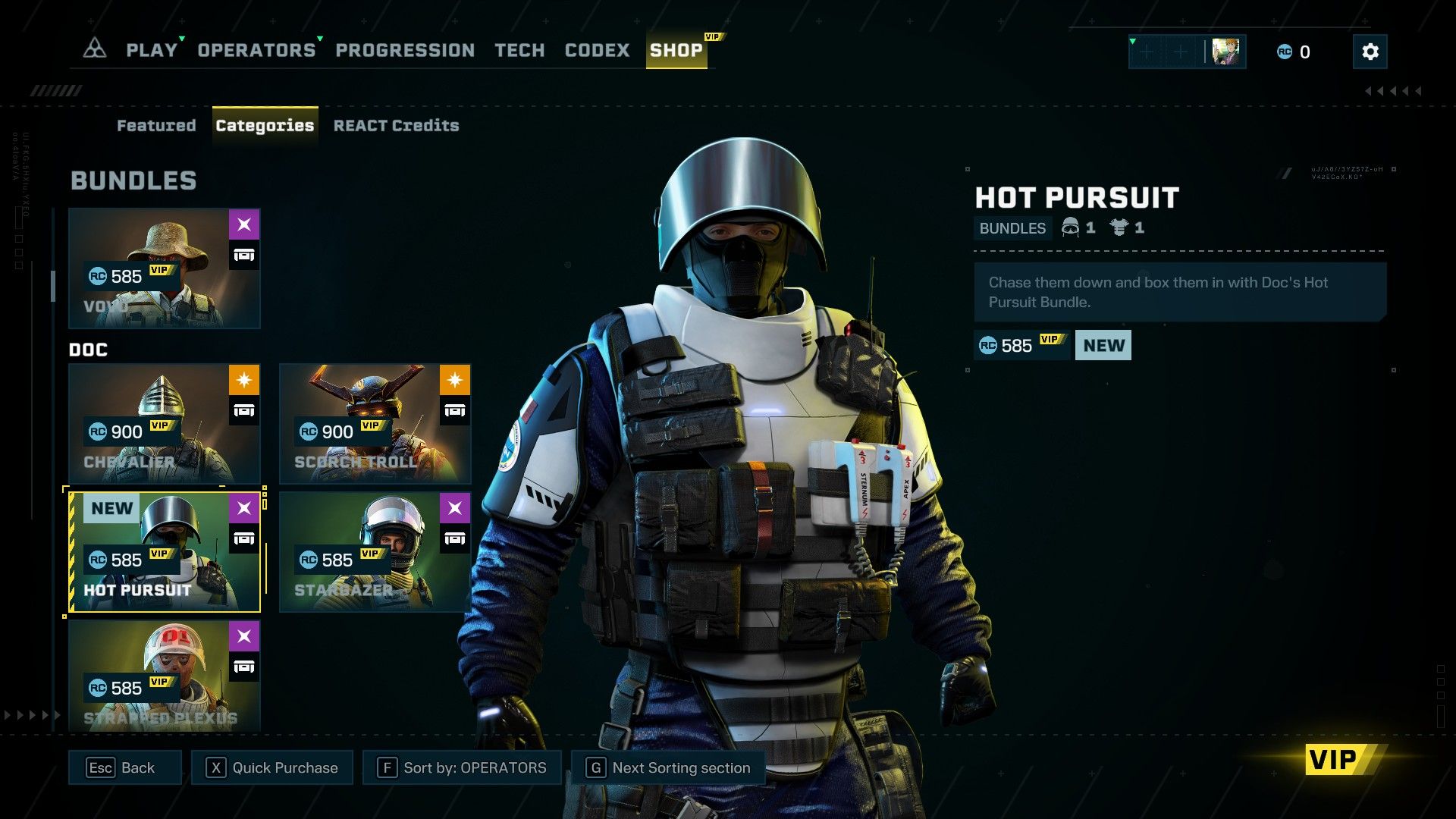 Honestly, this one isn't anything special. This really looks like Doc's standard look. There are better options out there for him. 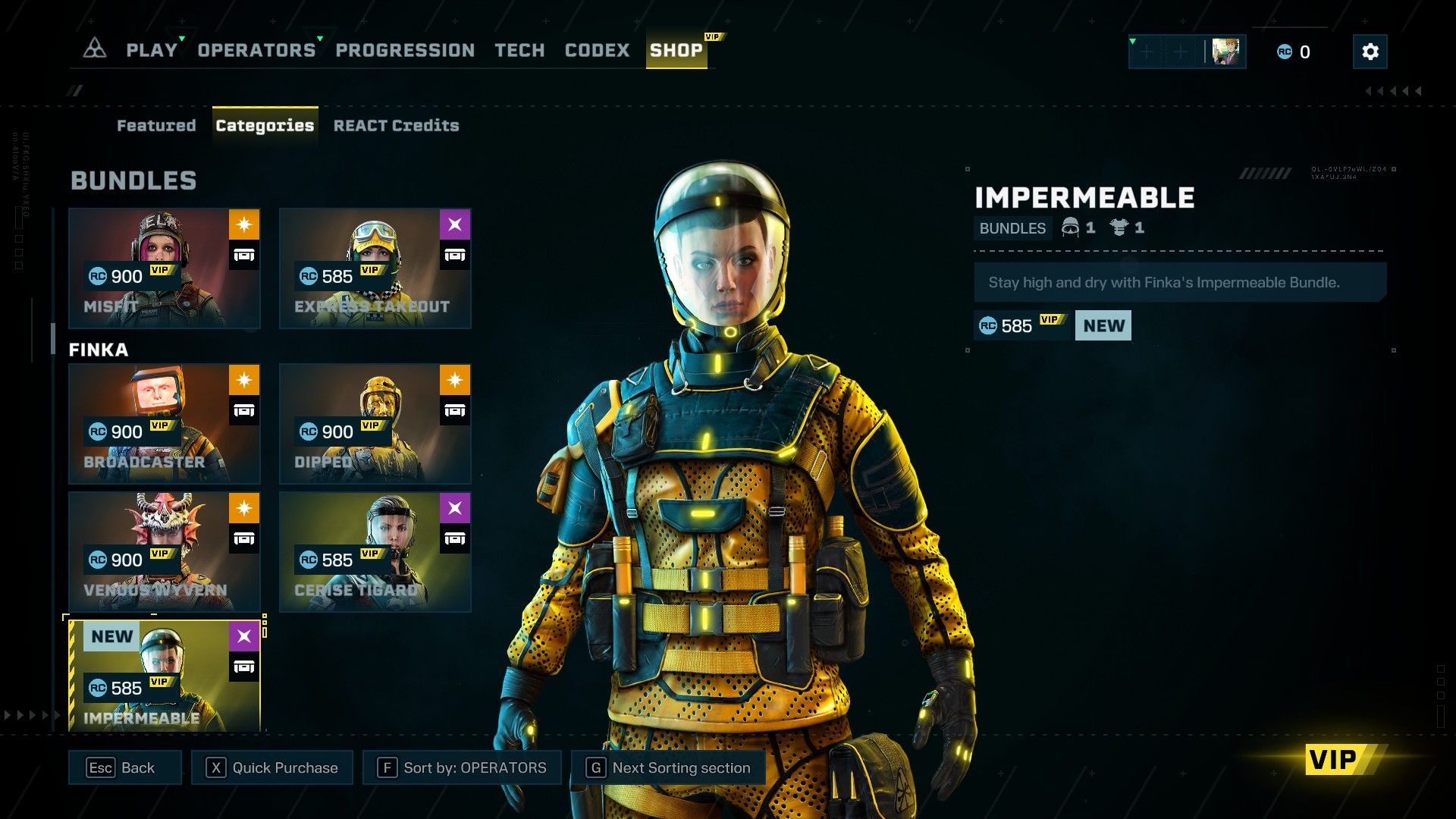 Finka has now another golden skin in the game, and it really looks awesome. This is honestly a cool bundle that could also be moved to Siege. 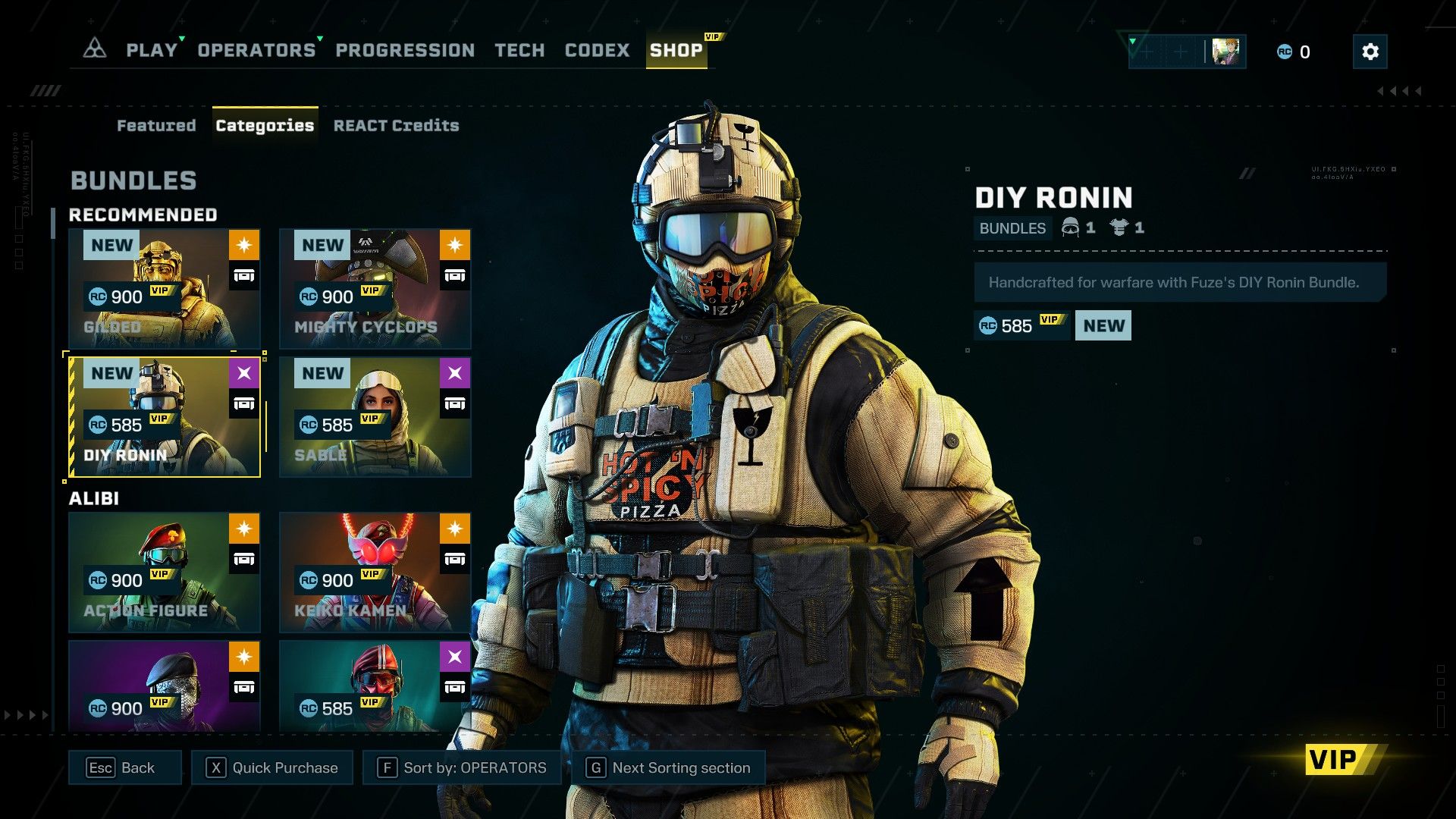 Fuze's new bundle is a pizza box. Yep, that's right. He is hotter than ever before. Really cool concept that, again, could be seen in Siege in the near future. 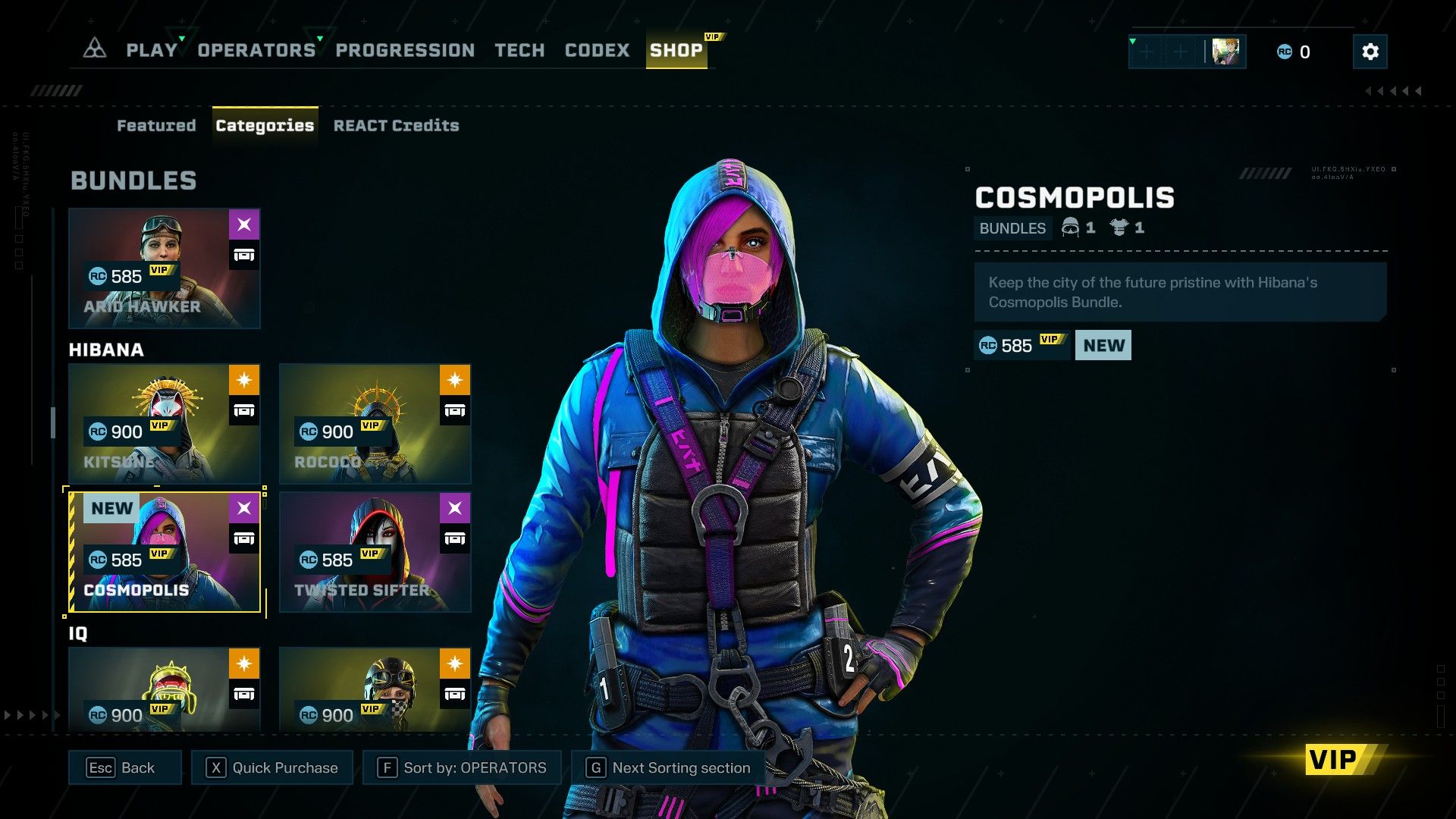 Compared to the rest of Hibana's skin, this could be seen as a downgrade. However, it still looks cool. Another option to use when using Hibana in Extraction. 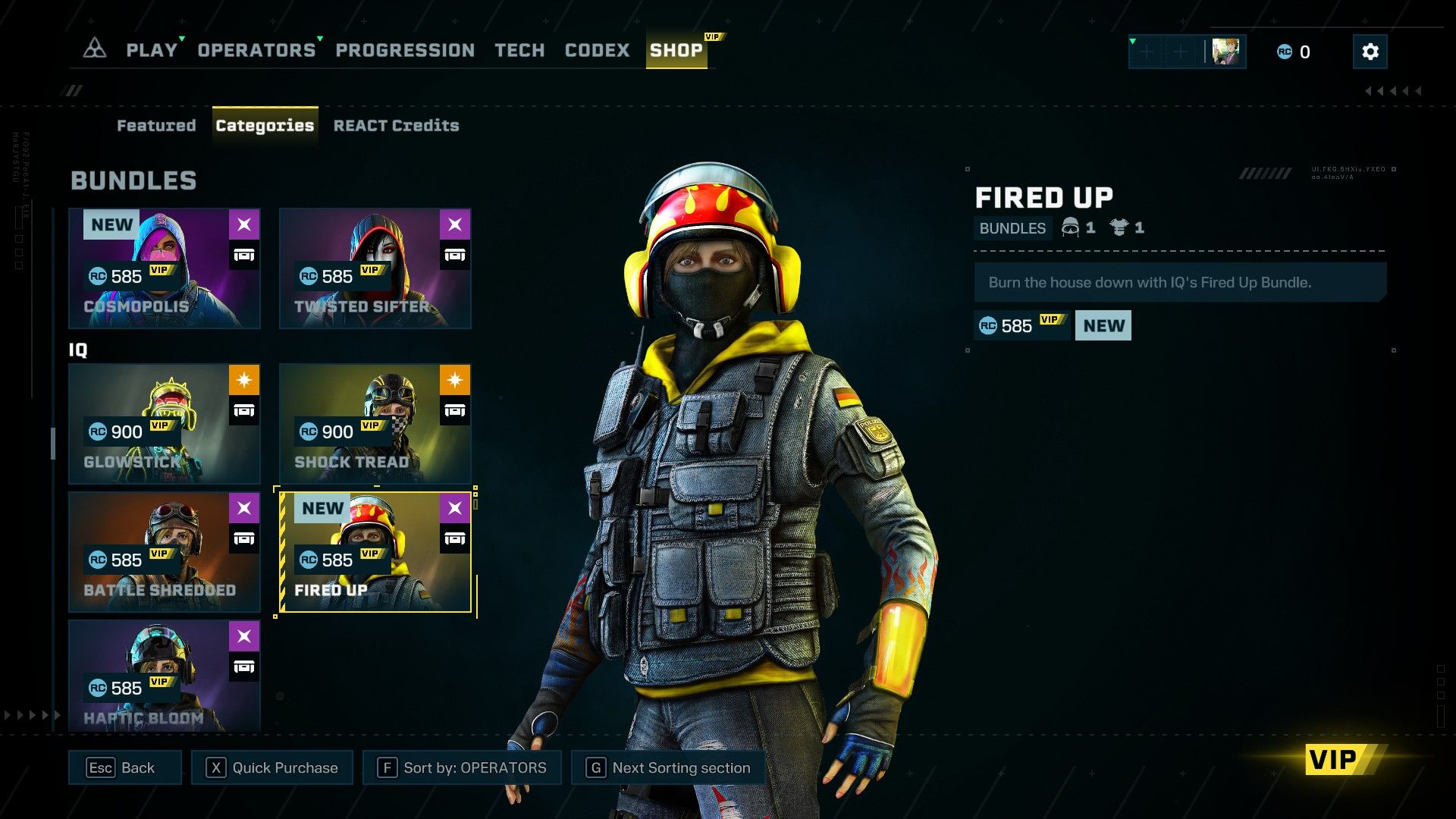 Not the greatest skin due to the small details but the headgear looks fire. Another option to rock when using IQ. 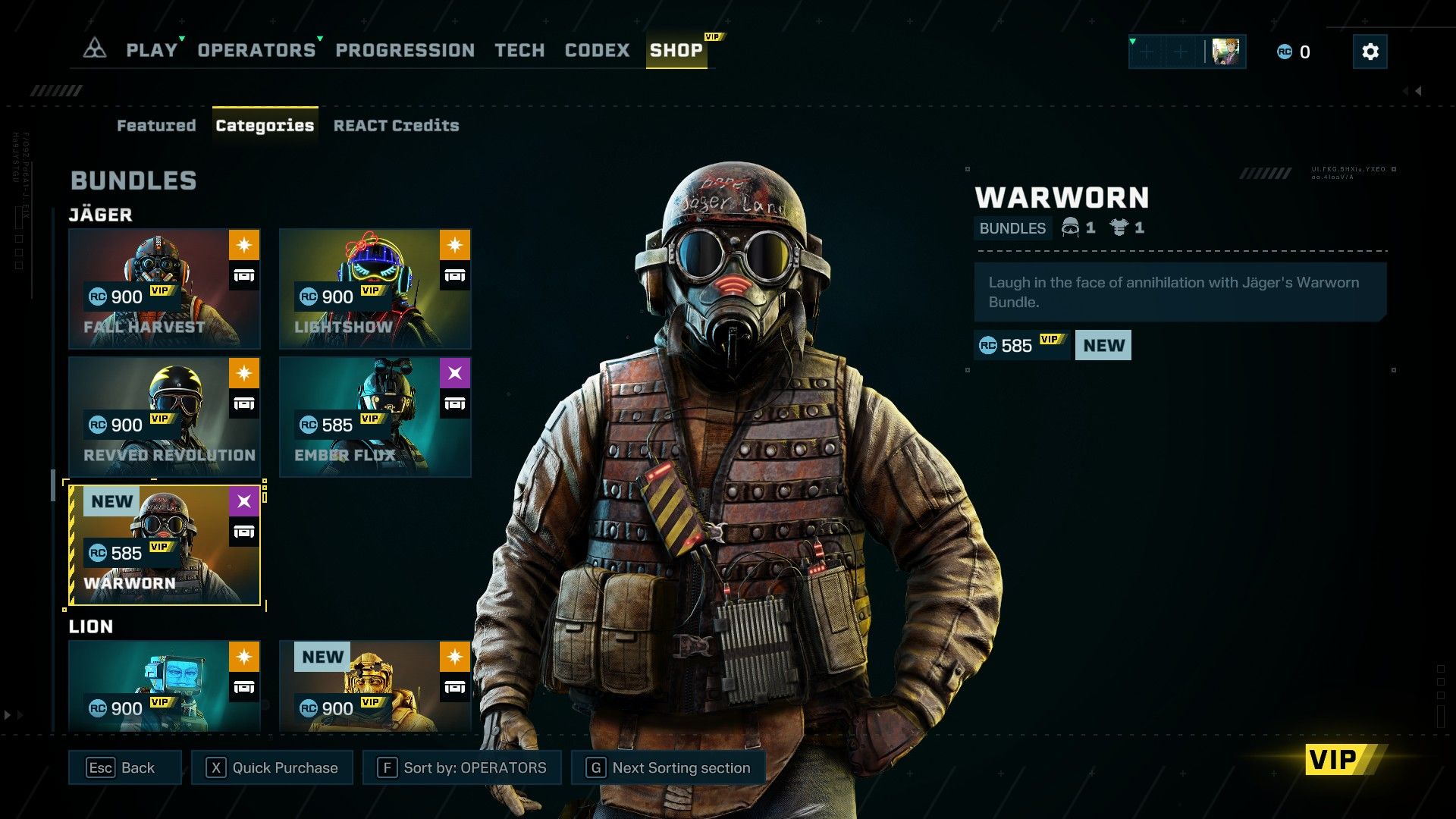 Another bundle that could be seen in Siege. We are not sure if these will be much used in Extraction, as these aren't that colorful and bright, but again: another option to consider. 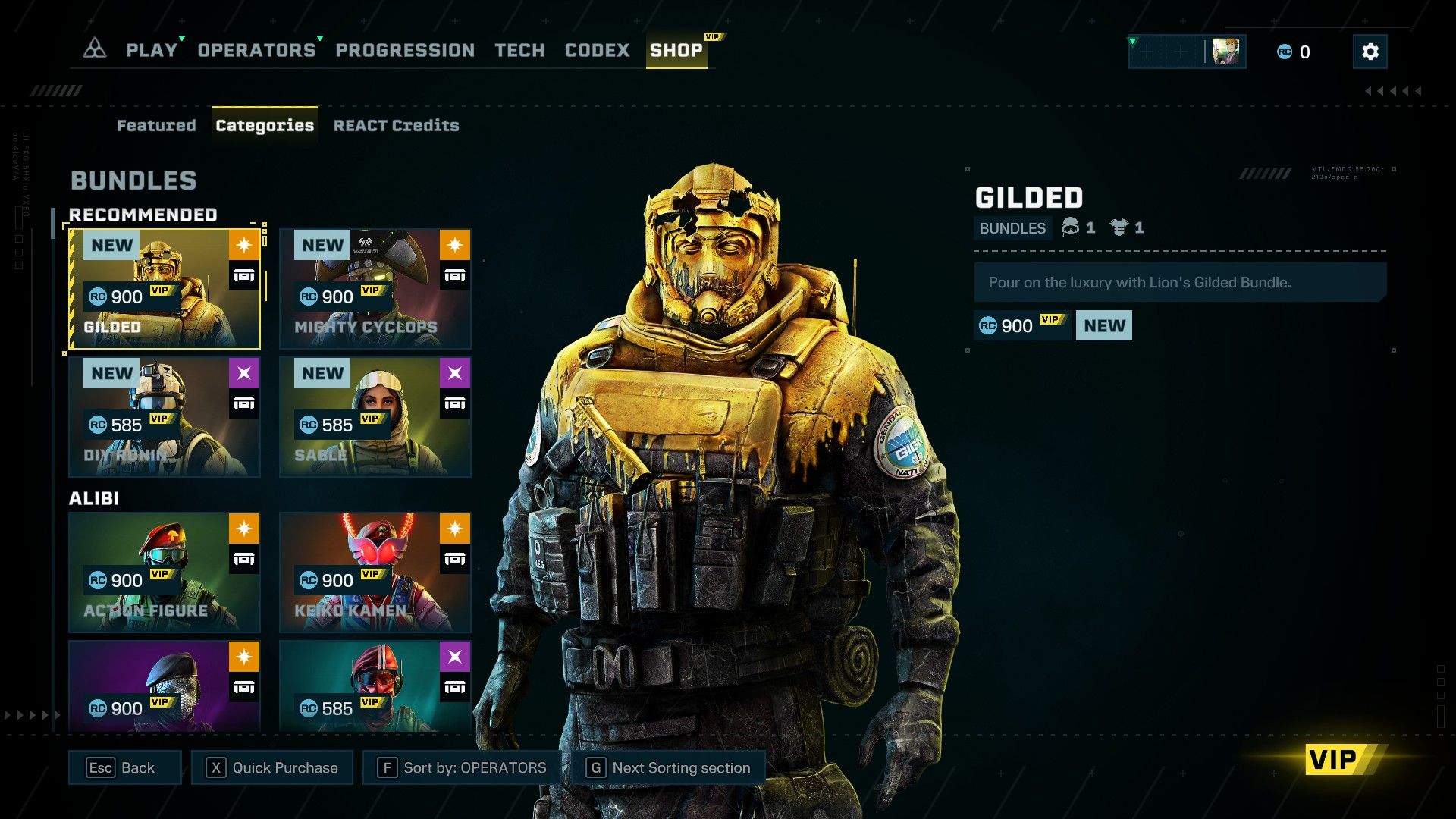 The best one of the week, honestly. Lion's headgear is shiny and honestly a bit comical. Everything that a headgear needs to be a fan-favorite in Extraction. It honestly looks like honey got dumped on his head. 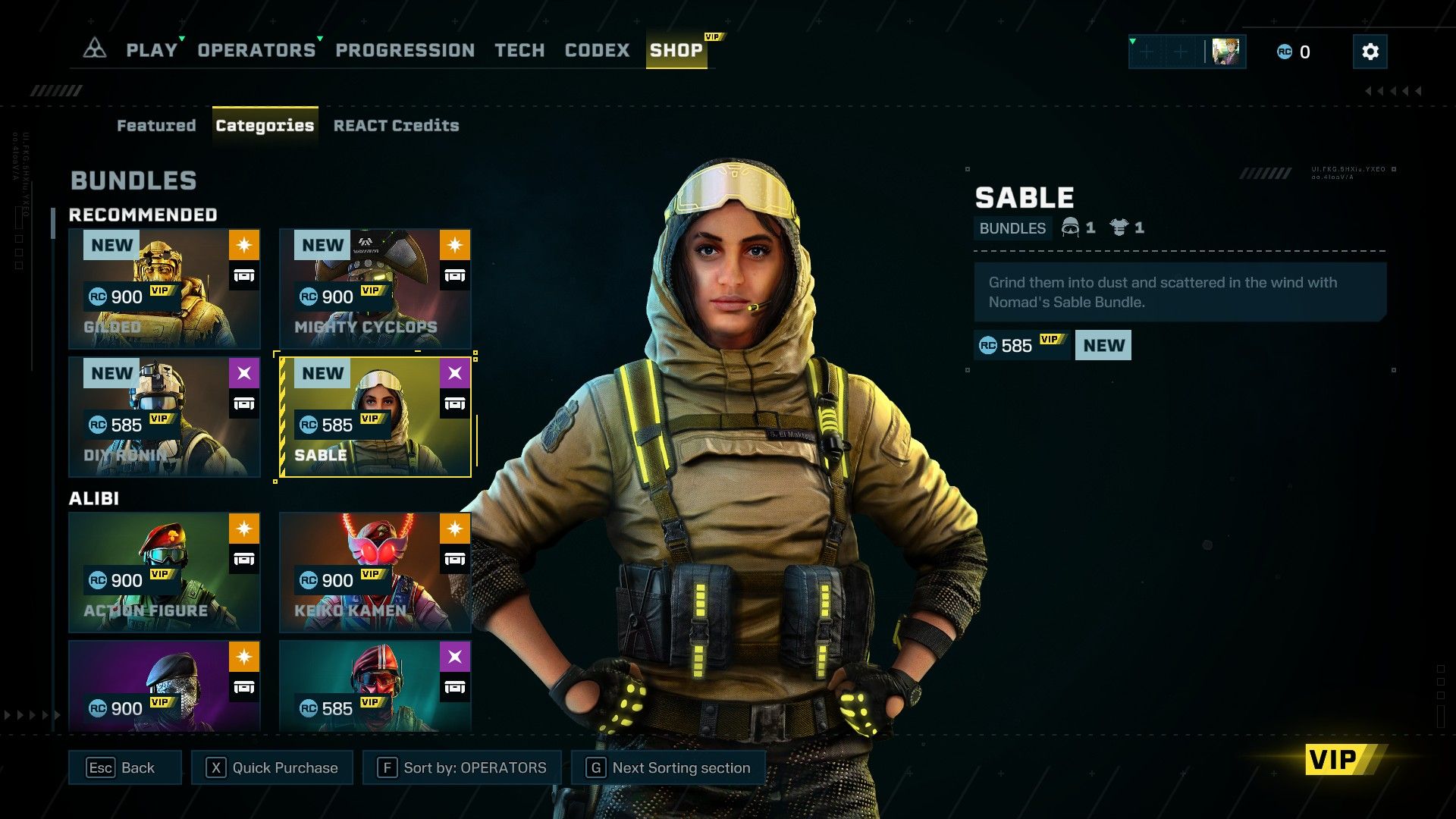 Nomad's Sable skin is another that has everything to be used in Siege. However, it would be especially dangerous on Villa. 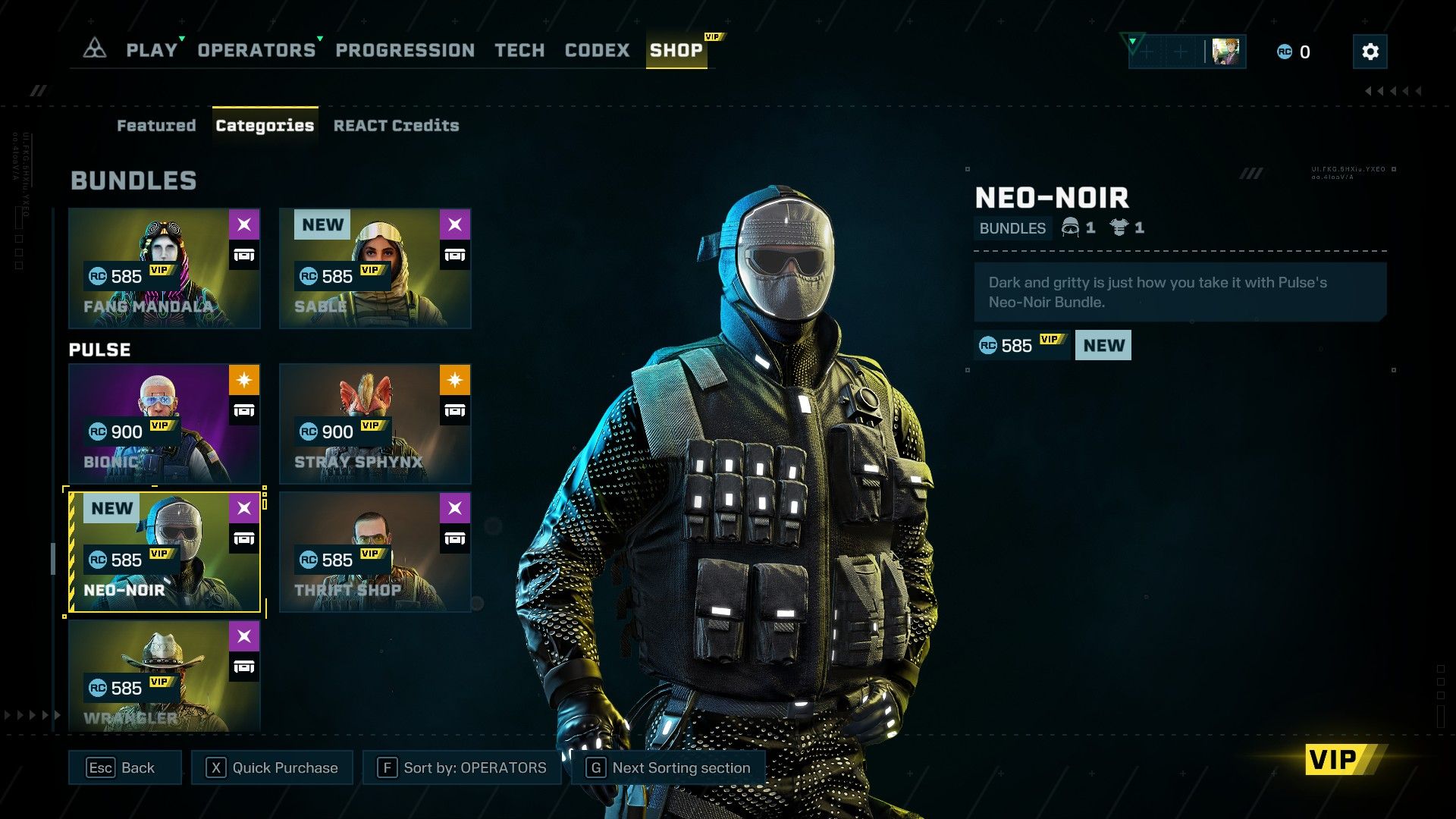 Pulse getting another Extraction skin is not news. This one doesn't look as bizarre as the rest, but it does the trick. 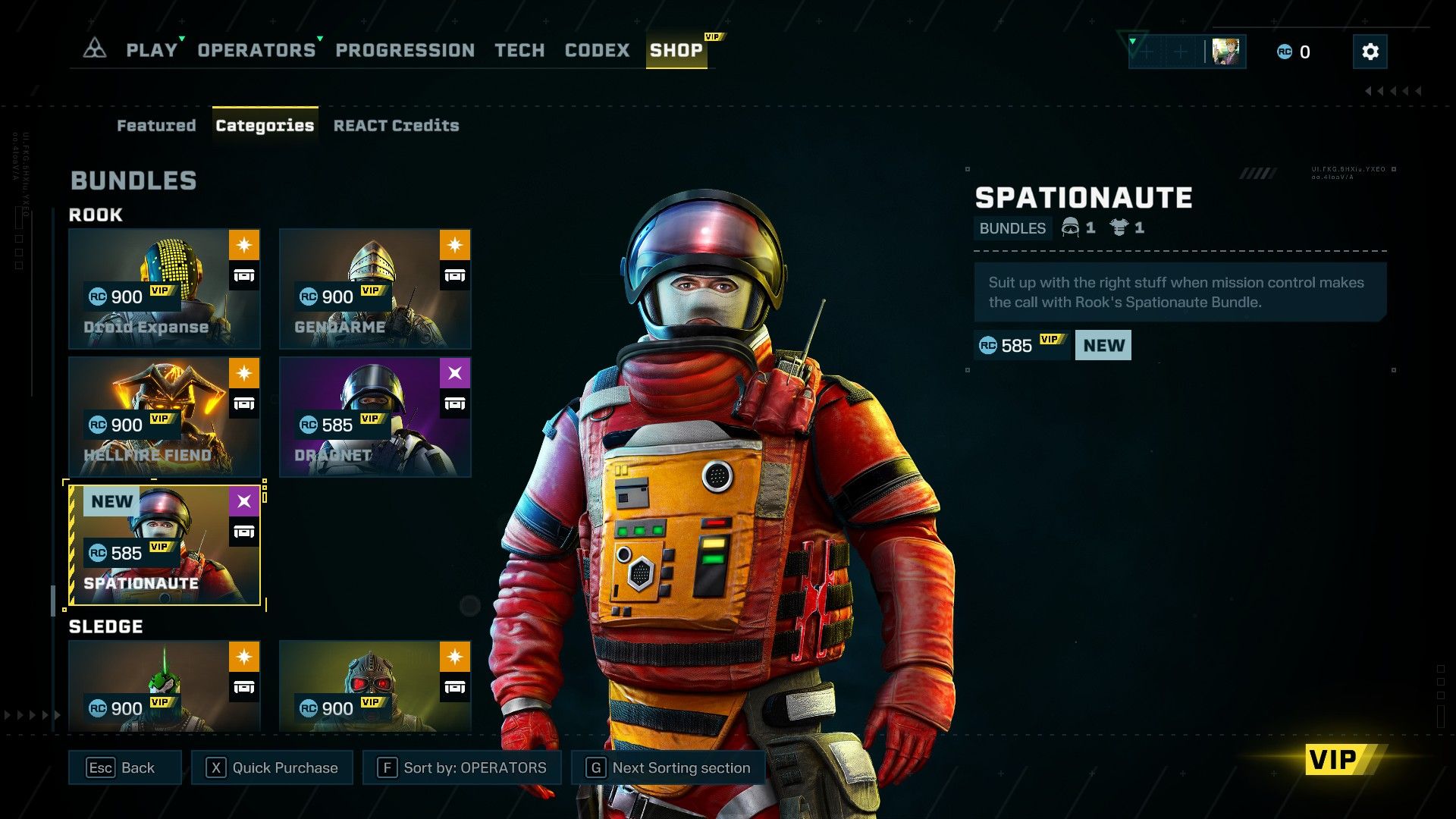 Rook is ready to leave the planet. He is tired of facing Archaeans every day. Jokes aside, very cool concept — absolutely one of my favorites. 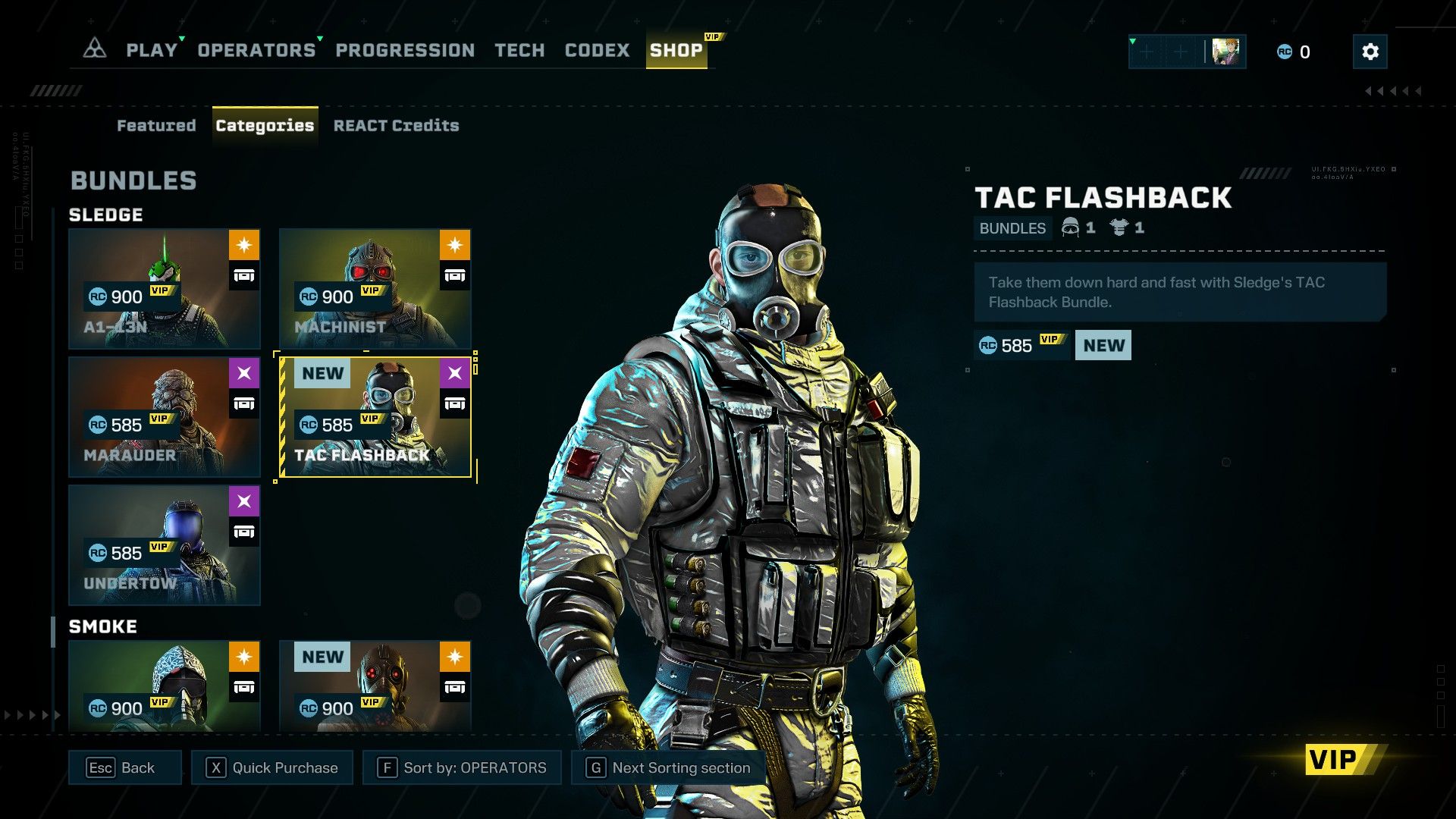 Smoke got the same skin last week, so Sledge couldn't be an exception. Honestly, not a huge fan of this one — too standard for Extraction. But hey, it's there. It's almost like making new skins every single week means there won't be room for endless creativity. 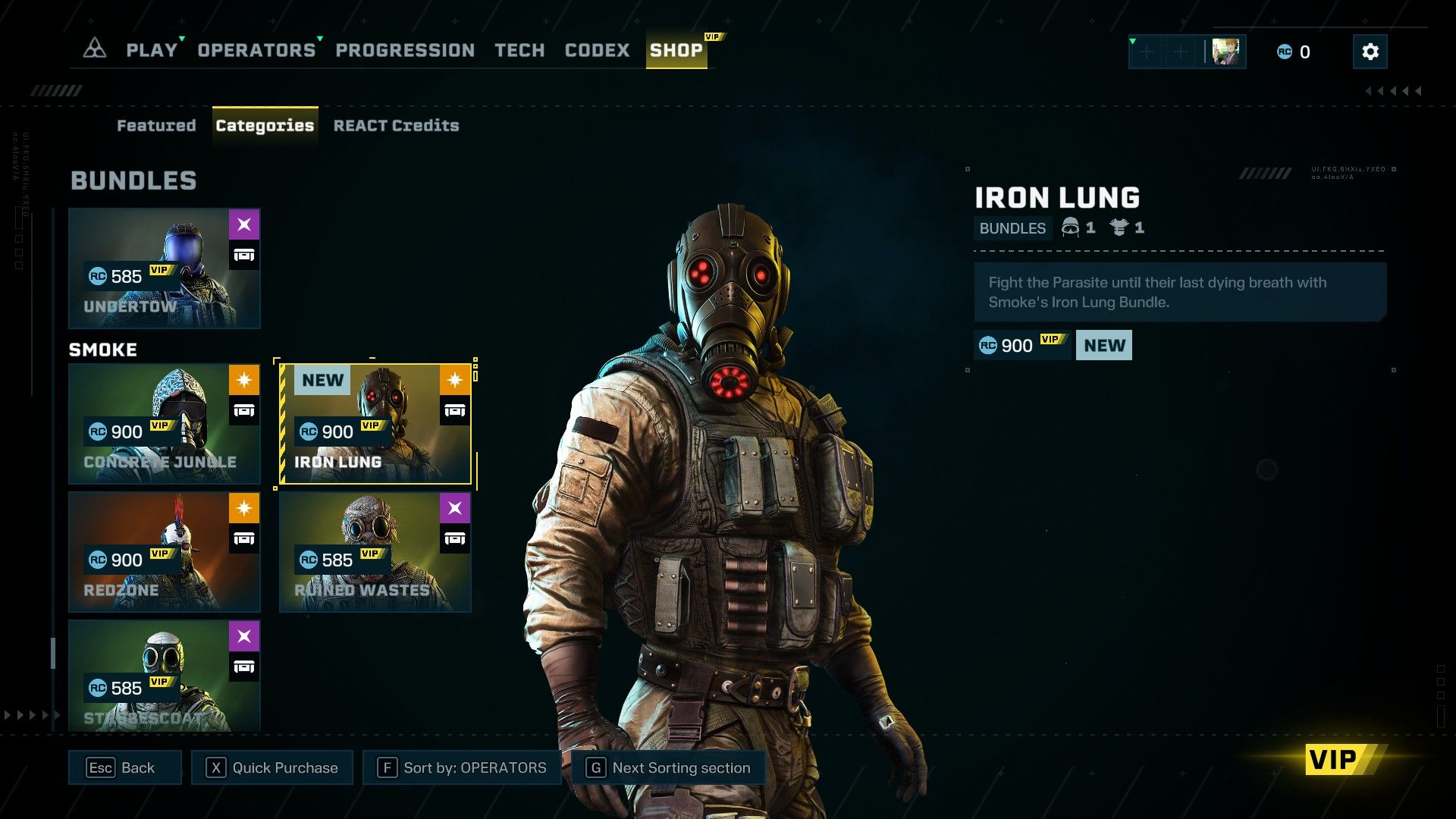 An awesome new concept for Smoke, who looks ready to kill more Archaeans. This legendary bundle can be purchased for 900 R6 Credits. 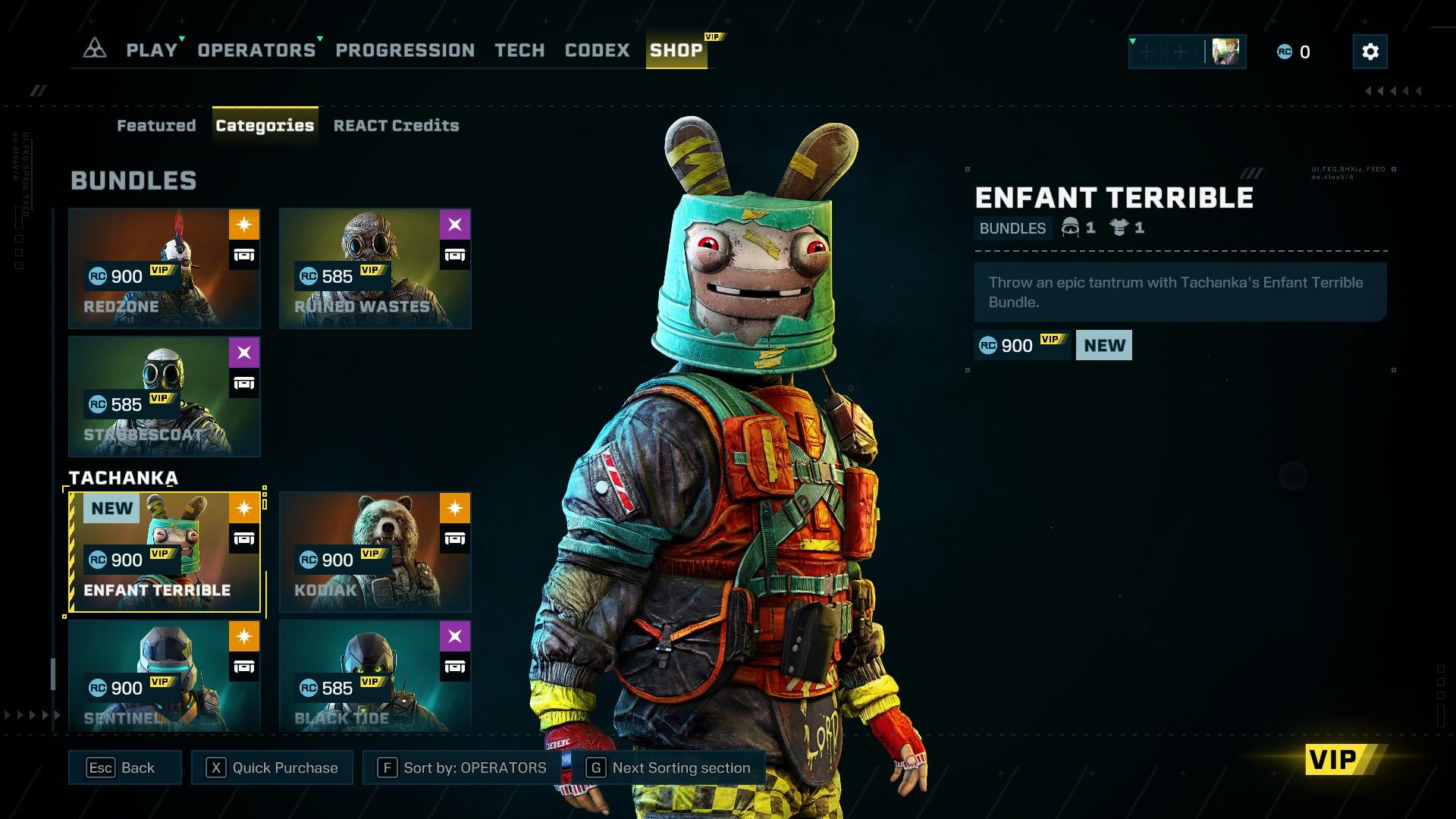 This skin is clearly inspired by Rabbid, another Ubisoft production. The headgear is the most notable thing in the bundle, and possibly the best reason to purchase the bundle. Unless you're like me and can't stand Rabbids.