What is a GO4 in Rainbow Six Siege?

Comepte for cash if the GO4 returns!

You've probably heard of the Six Invitational, the largest Rainbow Six Siege tournament for pro players held every year. But there are smaller tournaments you can compete in even if you aren't one of the top teams in the world!

One of those tournaments is the GO4R6, held on various consoles throughout a handful of regions.

The GO4R6 Cup Series is a weekly tournament where participating teams can earn points to qualify for a monthly final. 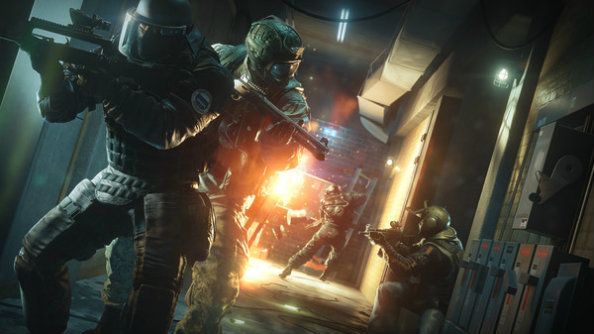 What is the prizing for the GO4R6 Cup Series?

Each week, there are 57,000 total R6 Credits up for grabs. The credits are distributed between the top four teams of the week as well as four random teams. In total, the GO4R6 gives out 285,000 R6 Credits each month.

The Monthly Final starts at the beginning of each month. It consists of the top eight teams who gathered the most points during the weekly tournaments. These teams will compete for a piece of the $500 prize pool.

When is the next GO4R6 for Rainbow Six Siege players?

This is where it gets a bit mysterious. There are no upcoming tournaments listed on the official GO4R6 page on ESL Gaming's website. The popular tournament organizer started GO4R6 in 2016 and held it every year, including 2020. There were no GO4R6 tournaments in 2021. It's unclear if there will be any in 2022.

Are there other ways to compete in Rainbow Six Siege?

You don't need to be a top pro team for a major esports organization to compete for cash in Rainbow Six Siege.

Check out ESL's website to see what tournaments are happening based on your console of choice and region. For example, PlayStation players in North America can compete in the Open Series Weekly Qualifiers. European PC players can participate in the Cup Series Italy.

These online tournaments are a great way to prove yourself in a competitive environment and earn small cash prizes.