Method Picks Up Nouda as Coach

The EU Challenger League and CCS team Method picks up “Nouda” as their new coach.

Method is a majority-British team, made up of TankNinjaz, Jugger, Kaktus, Kendrew, TangyD and Meadzzz. The team recently achieved 3rd in their group in the Season 7 EU Challenger League, and in one of the matches, took the newly promoted Pro League team of Supremacy to 3 maps.

This squad is now joined by Nouda, who most recently coached Peak Esports during the Gamer’s Assembly event in Paris. There, his team came top in its group, which included the CCS team of dizLown, before eventually falling in the 2nd round of the knockout stage. 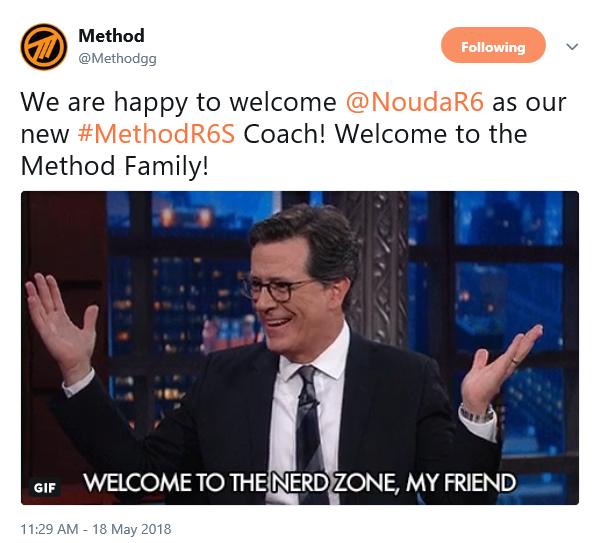 Method also competes in the EU CCS league, in which they currently have 2 wins out of 3 games. One of these wins were against the core of the ex-Room Factory roster, who had participated in the 2018 Six Invitational. Their first match with their new coach will be this coming Wednesday, where they play the Russian side of forZe.