The Sweden Major brought more shakeups to the international landscape but one constant still remains - Brazil.

The Sweden Major was another excellent addition into the annals of competitive Rainbow Six: Siege. Once again, we saw a new champion, this time a surging FaZe Clan roster that had been fighting for a title for years.

We also saw the continued rise of the APAC region, long seen as inferior to the other mainline regions of Europe, North America, and Brazil. We've now seen a resurgence of talent in APAC not seen since the days of Fnatic and Nora-Rengo competing. DWG KIA is at the head of this movement, breaking into the top 10 for the first time.

As a region, North America has continued to struggle. Only a single NA team is represented in the top 10, the fewest in some time. If they continue to underperform internationally, they will slide further and further down the world rankings.

Now, let's look at the 10 teams with the strongest performances over the past six months.

Note: due to the lack of a pre-major ranking release, the placement changes are relative to our unreleased rankings before the Sweden Major, rather than the rankings post-Mexico. 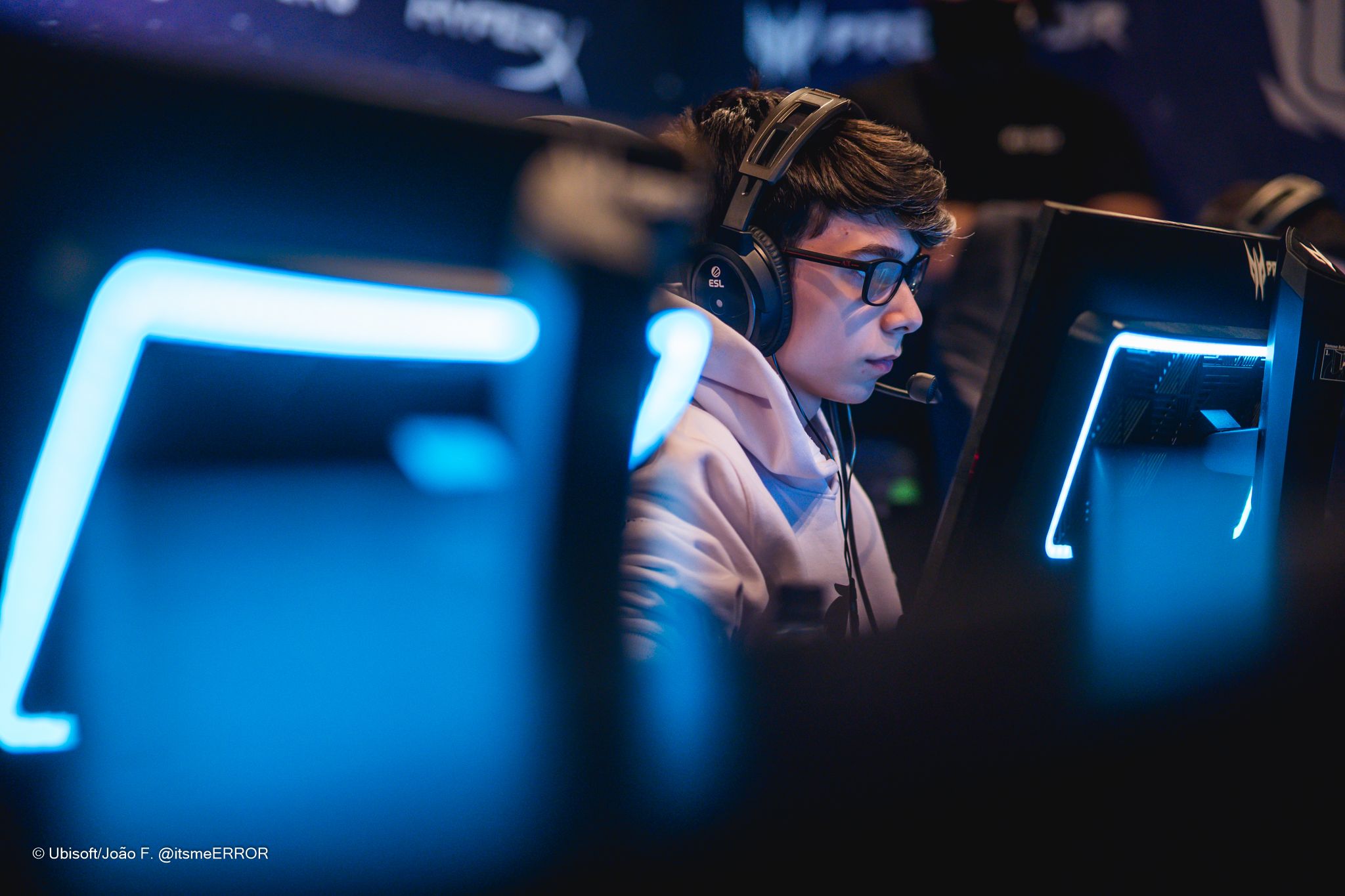 FURIA is seen as a secondary power in Brazil, certainly very talented, but a step below the true contenders. Competition is so fierce in the Brasileirão that even a team as good as theirs has to fight tooth and nail just to make the Major each stage.

Unfortunately for Fntzy and company, they drew a particularly difficult group this time around and weren't able to deliver on the international stage.

At least for now, they will have to wait for their chance at the top. 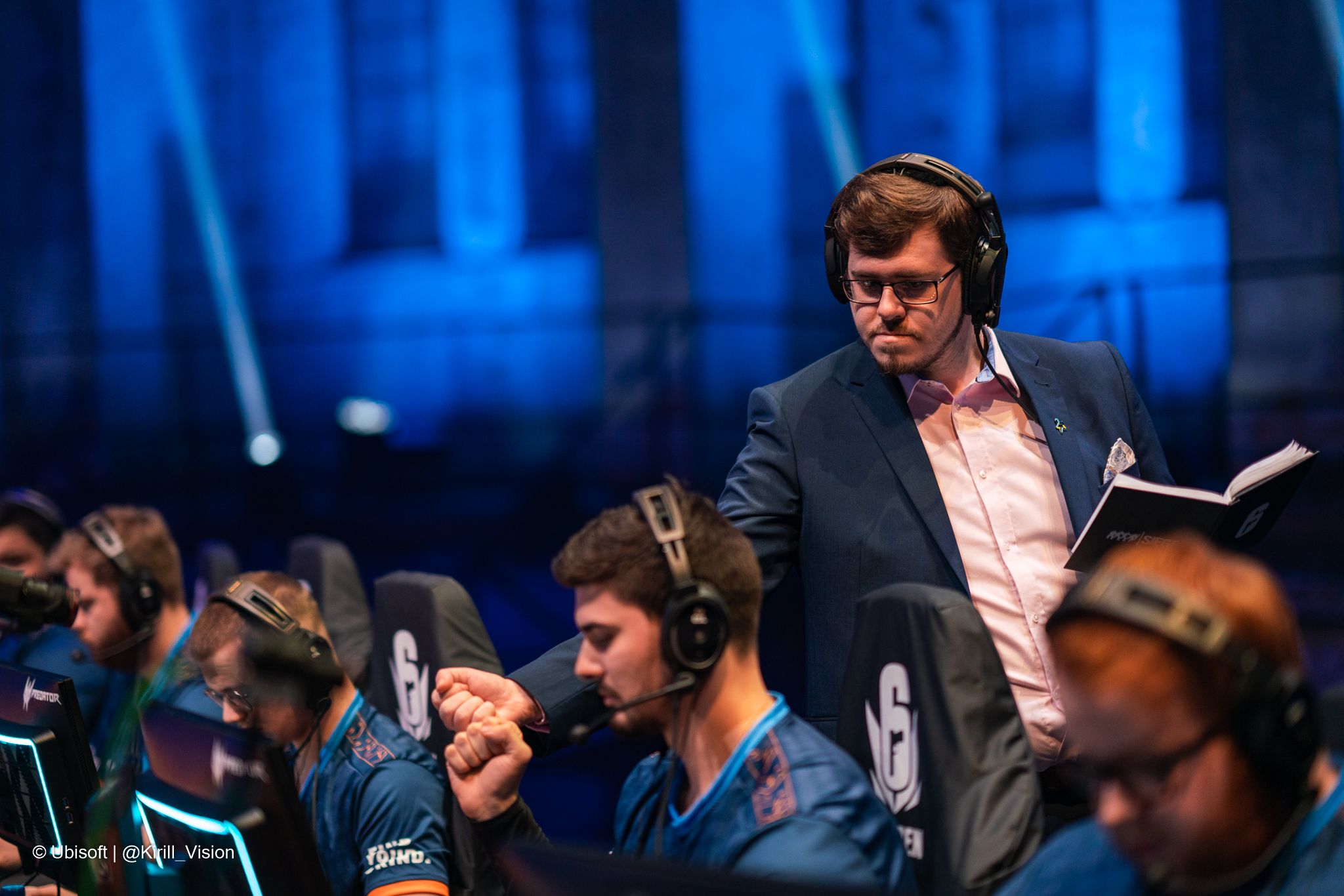 No, the change in ranking is not a typo. Rogue improved their position 19 places with their performance at the Sweden Major. Previously, they had been chronically poorly ranked, with several seasons of bad performances weighing them down. While they managed to reach the top four of the EUL, nobody was expecting them to contend at the Major. Not in their first international event as a team -- even if they had potential, it would take time to materialize.

However, they showed they could really compete with anyone. Wins over FaZe Clan in the groups and a 2-0 win over reigning Major champions Team oNe in the quarterfinals prove that Rogue are truly back. 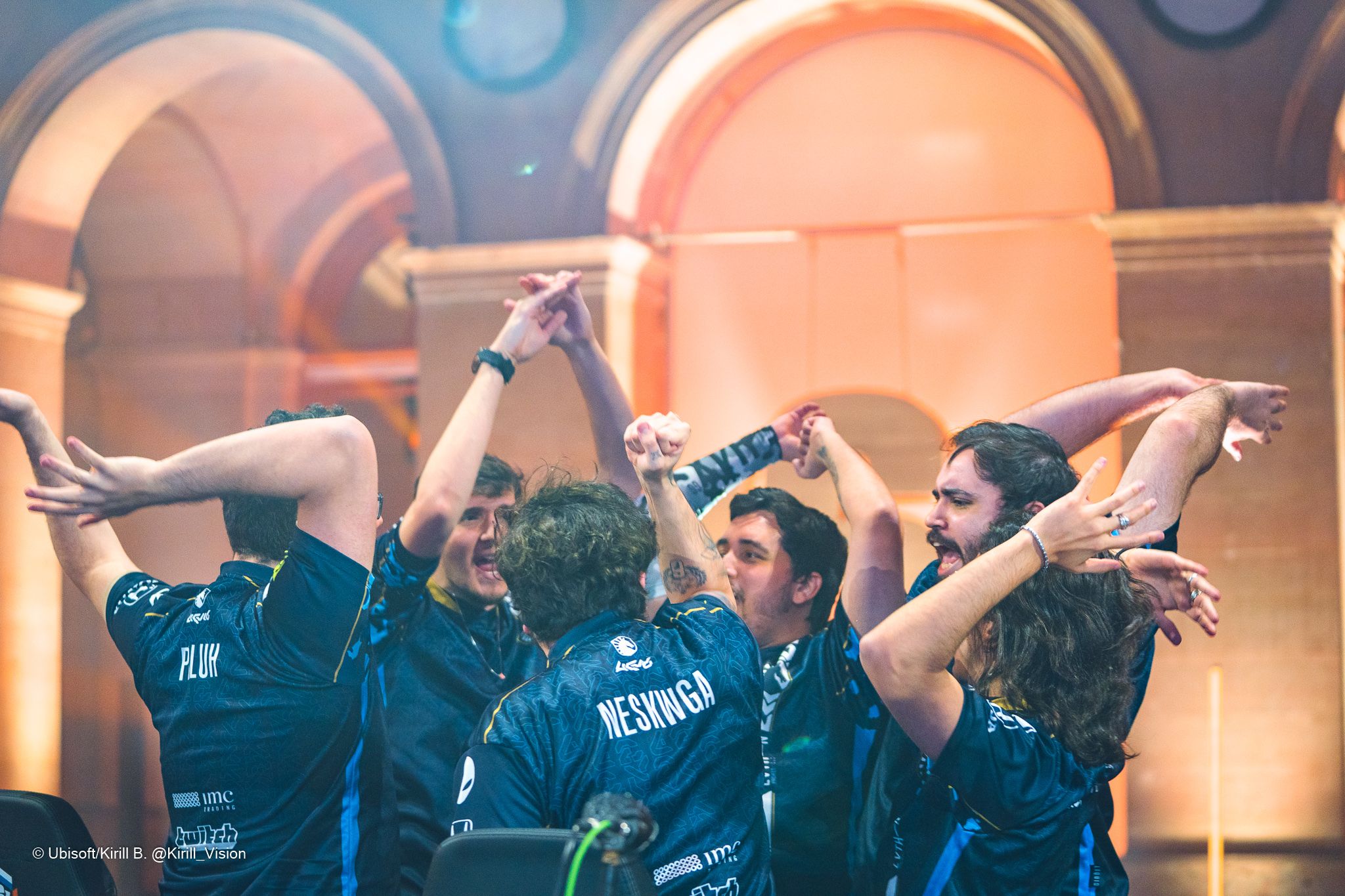 Liquid are the only team in the top 10 not to have qualified for the Sweden Major. While they were one of the best in the world after an SI 2021 grand final appearance, they took a big risk by changing two players before Stage 3, adding AsK and resetz in place of xS3xyCake and muringa.

The move seemed to work out well enough online, as Liquid met their expectations with a second-highest point total in Stage 3 of the BR6. However, they would suffer an early exit just shy of qualification to the Major with a loss to Ninjas in Pyjamas. Liquid's roster is still new, and is yet to get truly tested in international competition. So much can be said about DWG KIA. The Koreans put themselves on the map after qualifying for the playoffs in Mexico over defending world champions Ninjas in Pyjamas. Fans heralded the rise of the APAC region, while detractors called it a fluke. While their performance online in APAC was far from perfect, they made it back to the Sweden Major and looked to do damage, despite drawing an incredibly tough group.

Their performance surpassed everyone's expectations, with the Koreans topping their group and advancing to the semifinals, where they would come a single 1v1 away from taking down eventual champions FaZe Clan and advancing to the grand finals themselves. With this performance, DWG KIA have cemented themselves as legit contenders for international titles, and have put APAC on the map in Siege. 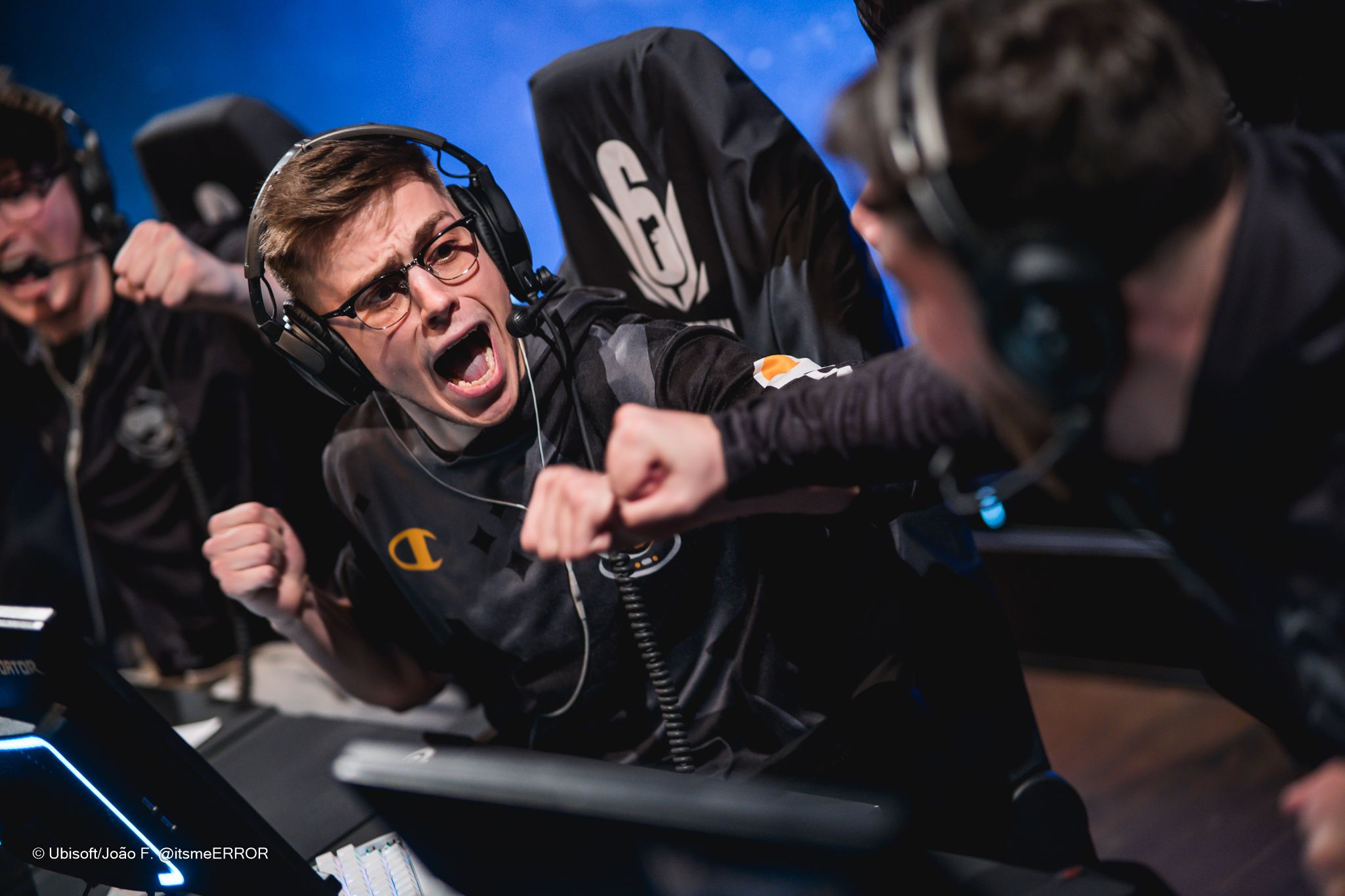 While SSG are unquestionably the best team in North America, that may not be good enough anymore. The region has seemed to have taken a step back since the return of international play, and across three events has the lowest win rate of any region.

Twice now North America has failed to win a single map in the playoff stage of the Major. It seems the region needs a deep run at SI to reaffirm its status, and perhaps Spacestation are the best chance to make that happen at SI 2022. 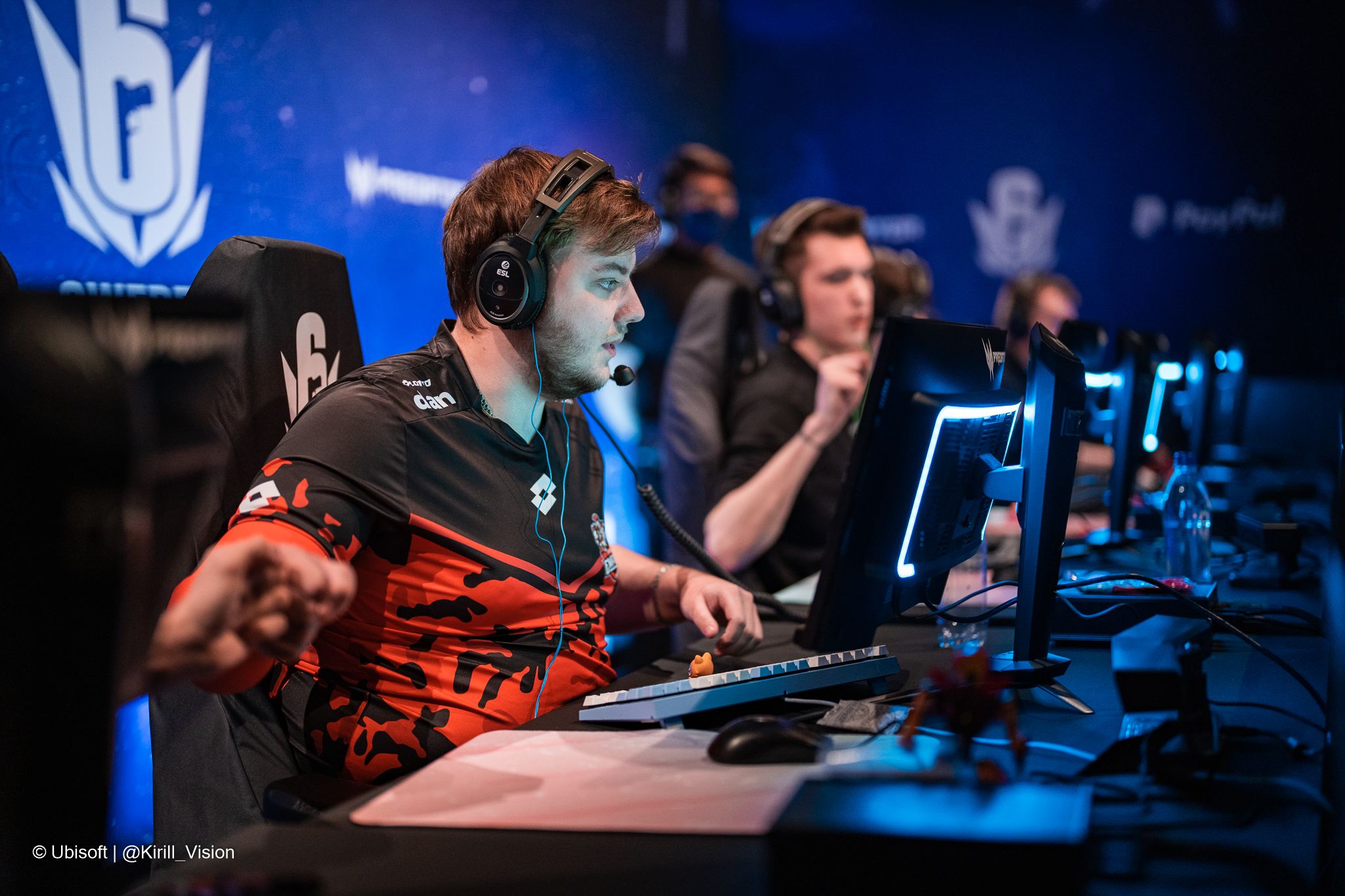 Team Empire have had periods of tremendous dominance followed by spells of inconsistency where they seem to struggle to find their true play style. The "old" Empire were back at the Six Mexico Major, when the team won a grueling semifinal match against European rivals Team BDS, only to fall in the grand final to the buzzsaw that was Team oNe. They looked to keep their form online as well, earning second place in EUL only behind BDS once again.

Even after receiving arguably the toughest group draw, many expected Team Empire to advance to the Sweden Major playoffs, and they very nearly did. It came down to the final game of the group stage, but ultimately it was out of Empire's hands. Now, questions are raised about whether Empire has returned to their inconsistent state, or if we'll see them dominate once again come SI. 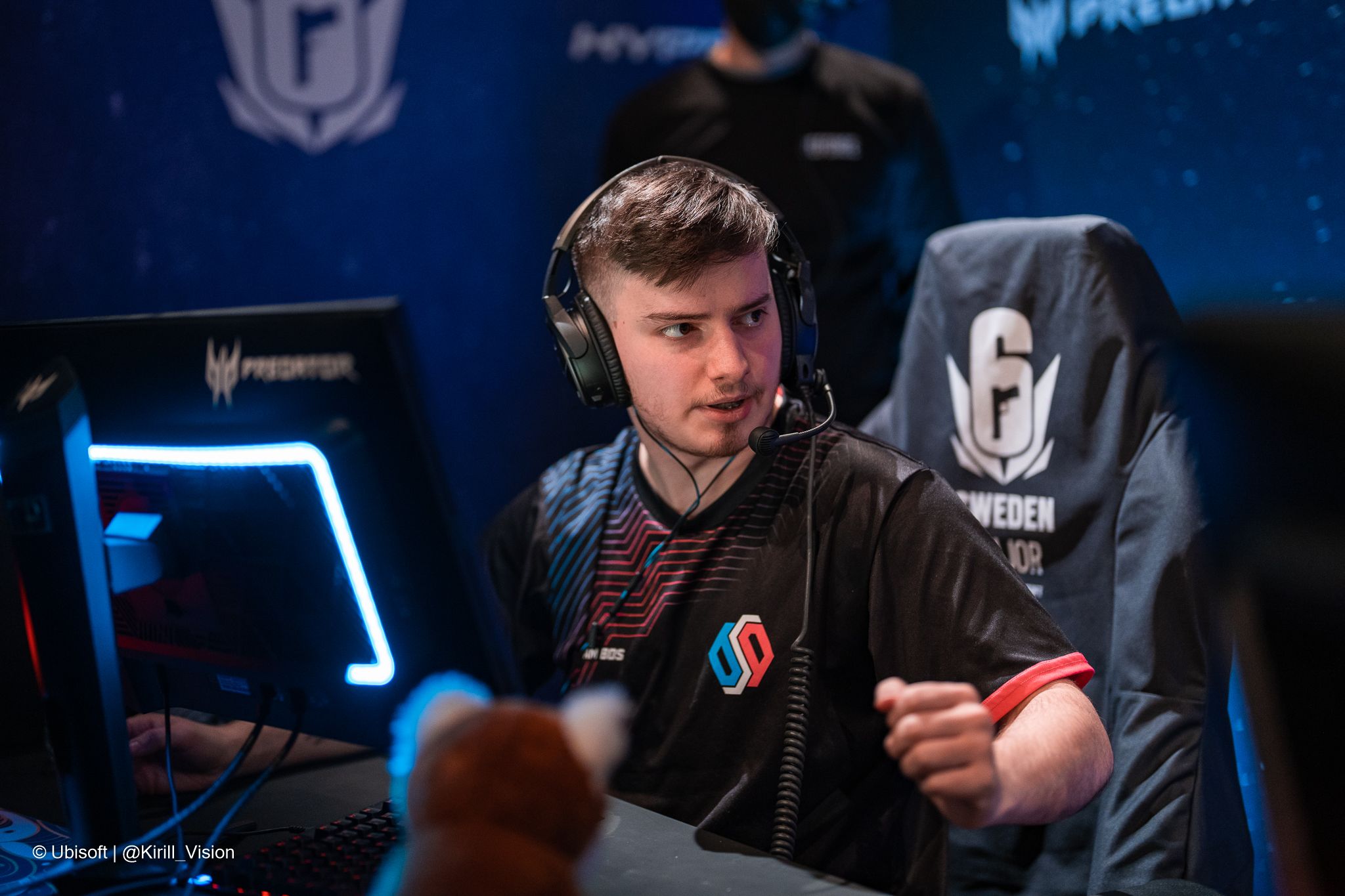 The French side is our top team in the world outside of Brazil. Their run of dominance in the European region has been impressive, and they have shown flashes of that dominance in their international appearances.

However, BDS haven't shown they can break through and truly contend for a title. While regularly reaching top-four placings and looking like one of the best teams in the tournament, the French have never broken through to an international grand final match.

The Sweden Major was no different, with BDS looking good in the group stage only to run into eventual-winners FaZe Clan in the quarterfinals. Unlucky perhaps, but to be the champions you have to beat the best in the world, and so far BDS haven't shown the ability to take down top-flight Brazilian teams in a LAN series. 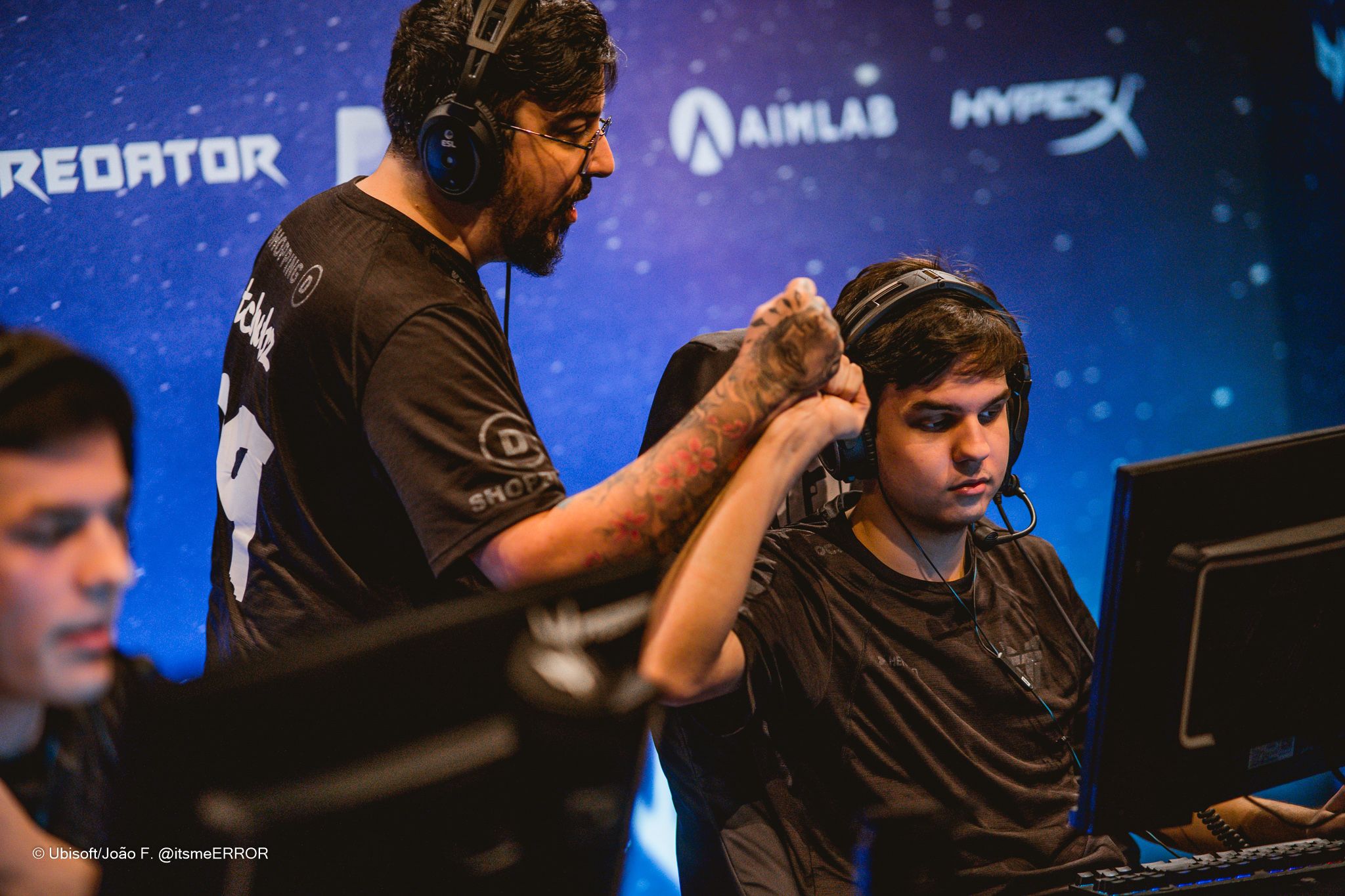 In the cutthroat world of Brazilian Siege, Team oNe are the new kids on the block. Often seen as an inexperienced but up-and-coming team that needed time to grow, "Alem4o and company" ended that narrative with a shocking victory at the Six Mexico Major in August. Now major winners, the young stars looked to repeat their magical run and become the first team to win back-to-back Six Major events.

Sadly, it was not to be. After a solid but not dazzling group stage, the team met Rogue in the quarterfinals, a game that most expected to go easily to Team oNe en route to a much-anticipated match against NiP. To the surprise of nearly all onlookers, the Brazilians were outmatched and exited the tournament in the quarterfinals with an 0-2 loss to the Germans.

This isn't the end for Team oNe, as the team will look to recover and win the BR6 finals and eventually next year's Six Invitational. 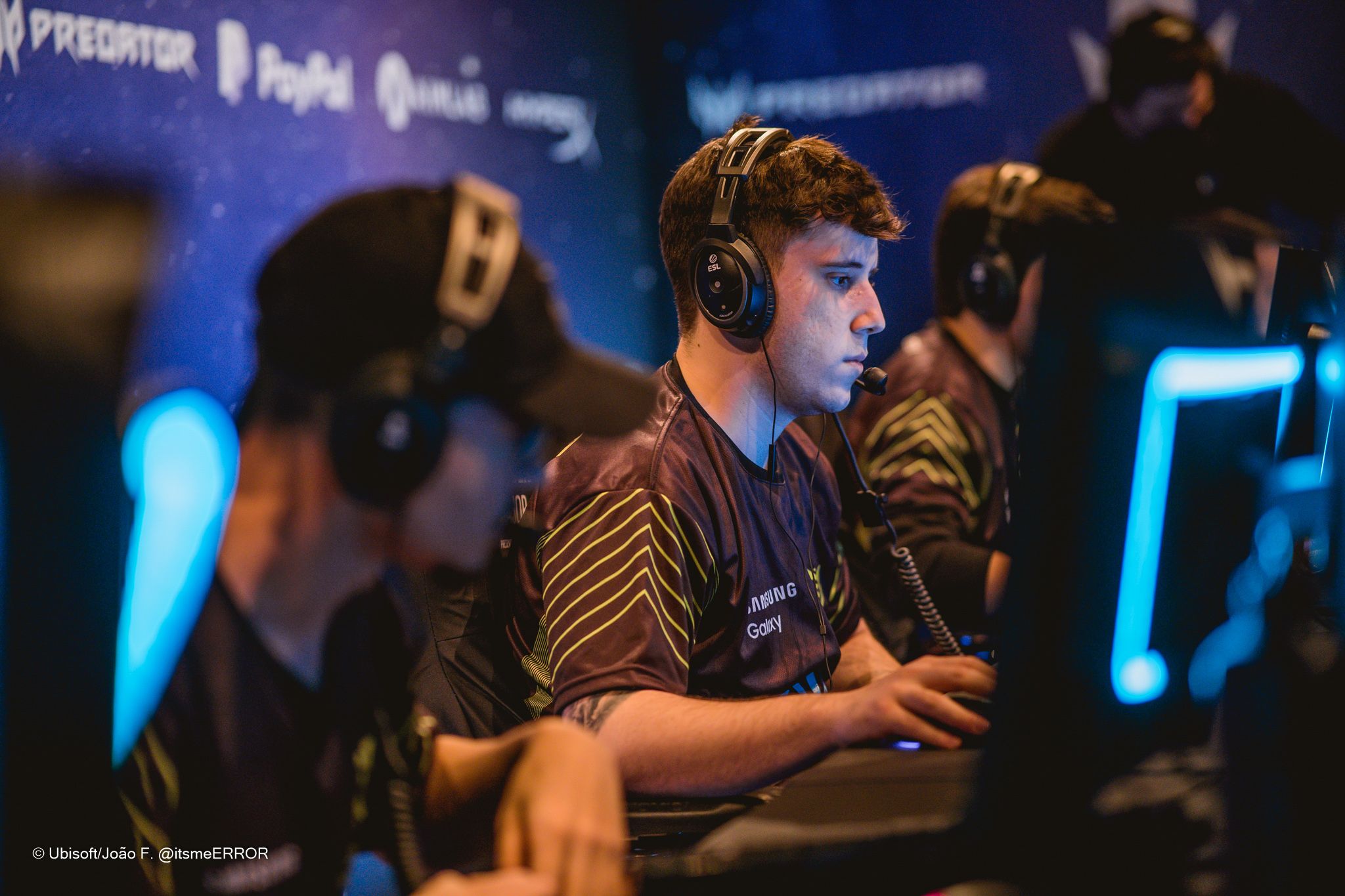 Long one of the elite teams and organizations in world Siege, the Ninjas entered into Stage 3 of the 2021 season in dire straits. After winning the Six Invitational in May, the team bombed horribly in Mexico, and many wondered if the team had lost its edge in a fiercely competitive region. These questions only became larger as NiP suffered an awful Stage 3, good for just the ninth-best score of all teams in the BR6 for that stage.

Due to the nature of scoring in the Brasileirão, they were still able to attend the Copa Elite Six, and there they would begin the road to recovery. Qualifying for the Major by beating longtime rivals Team Liquid was just the beginning, as the Ninjas would prove that they are still world-class at the Sweden Major itself.

Reaching the final and narrowly losing a hard-fought best-of-five over FaZe Clan is nothing to be ashamed of. Ninjas in Pyjamas have re-asserted themselves as contenders for the upcoming Six Invitational 2022. 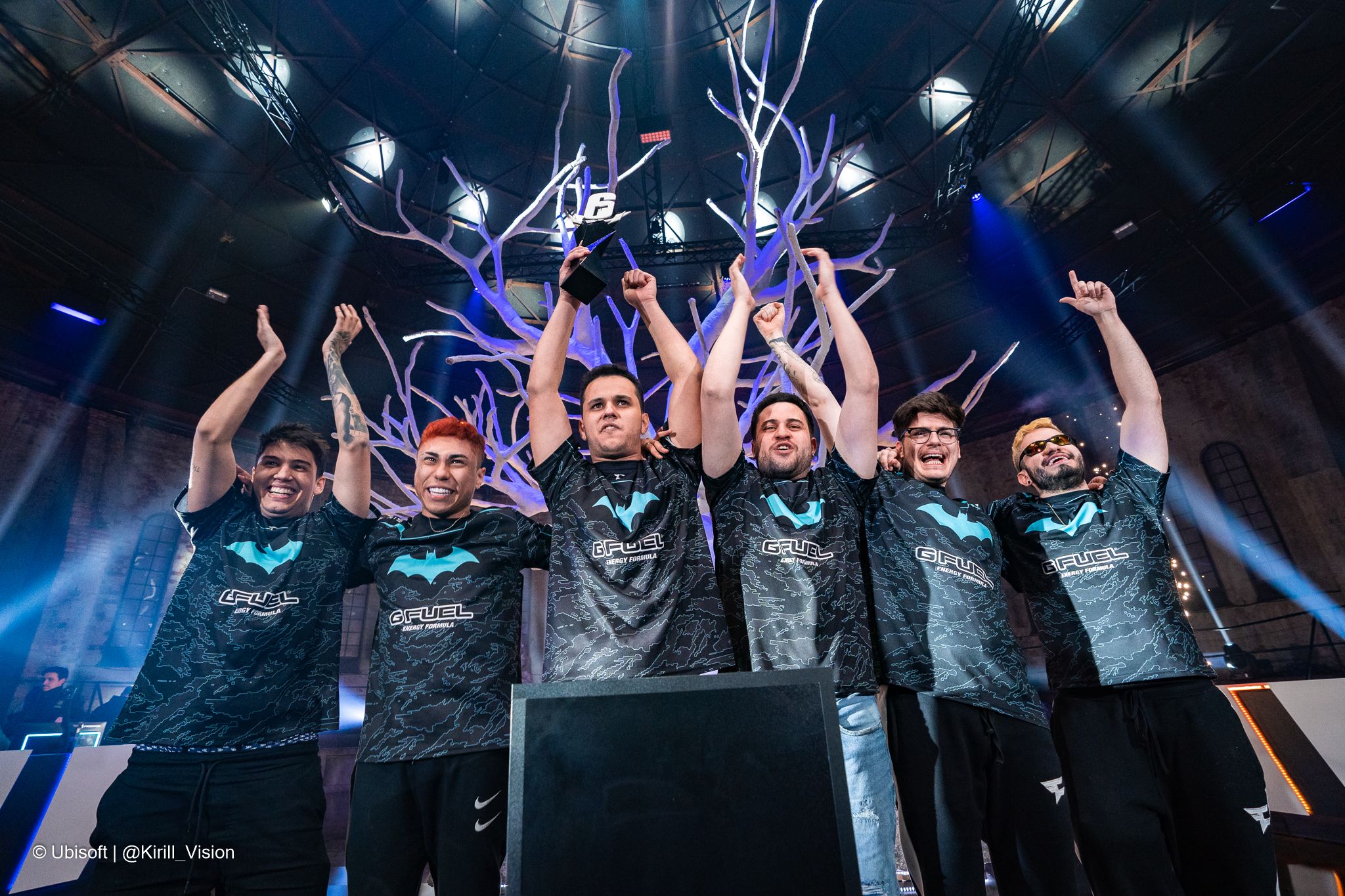 FaZe Clan's run to the top of the Rainbow 6 world has been nothing short of impressive. After missing the Mexico Major, the team turned a corner, and since then have seemed unbeatable. Scoring the most points of any team in Stage 3 of the BR6, and earning first place at the Copa Elite Six only paved their way for an utterly dominant run at the Six Sweden Major.

Now, the BR6 Finals and Six Invitational lie ahead for FaZe, but the road will not be easy. As Brazil has cemented itself as the preeminent region in the R6 world, they will face stiff competition to maintain their grip on the top spot.