Much happened on the pivotal eighth day of the EUL Stage 3.

Day eight in the European League saw several key results. Natus Vincere used some help from Team Vitality to qualify for the Six Invitational, Heroic put up a decent fight against NAVI, and BDS thumped Rogue in the battle of the first and second place teams.

Missed it by that much

Bastien "BiBoo" Dulac notched what might've been the closest clutch we've ever seen. Peter "pacbull" Bull had a mere split second left to go before securing the defuse and therefore the round, which would've given Team Secret the victory. However, BiBoo got there just in time, and took out Luke Kendrew and Pacbull for the round win.

This is a game of inches and seconds. Vitality's win locked Secret into eighth on the stage, which in turn locked NAVI into SI 2022. Were it not for BiBoo's literal split second clutch, there's a very slim chance that NAVI could've missed "Siege"'s biggest event of the competitive calendar.

Vitality still isn't out of the Sweden Major race either. In fact, if the stage ended today, they'd be qualified. However, they'll need to pull some points out of a looming matchup with Rogue, and hope Heroic can not surrender the full three points to cowana.

The Russian side is very much still in the running to make the Sweden Major. Here's what they need: 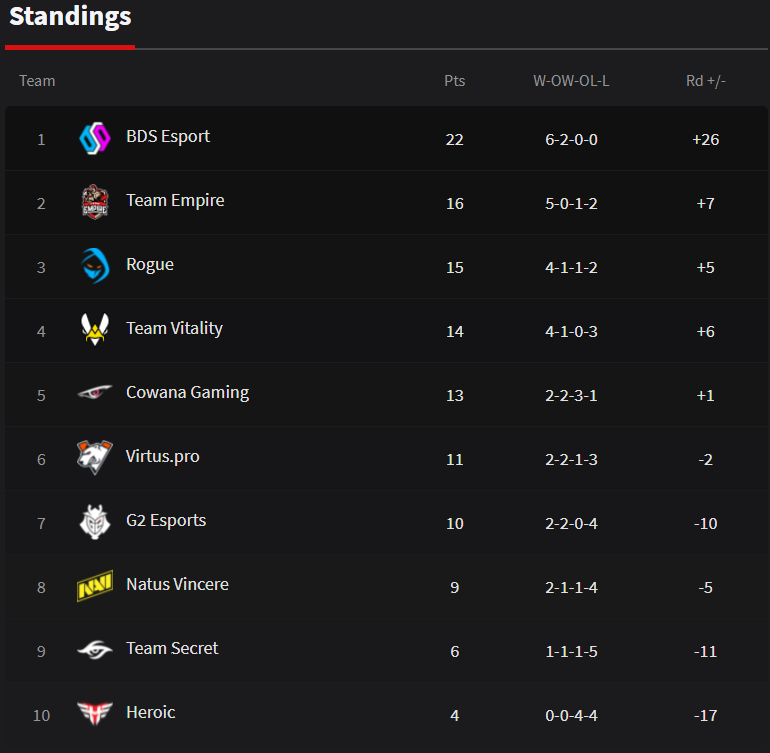 The round differential will come into play. Currently, Vitality sits at +6, when combined with their points on the stage, they sit in the safest spot -- but have the toughest overall enemy on the final day -- Rogue. Cowana plays Heroic, but sits a point behind Vitality. Cowana are at +1.

Every round VP loses by puts them that much further behind. If the score is at a 7-5, depending on how the other two games go, it might not be enough to win a logjam of a tiebreaker. That's effectively the only way VP can go to Sweden: entrust their destiny to a very small probability and hope other teams' games play out the way they need them to.

G2 Esports fade down the stretch 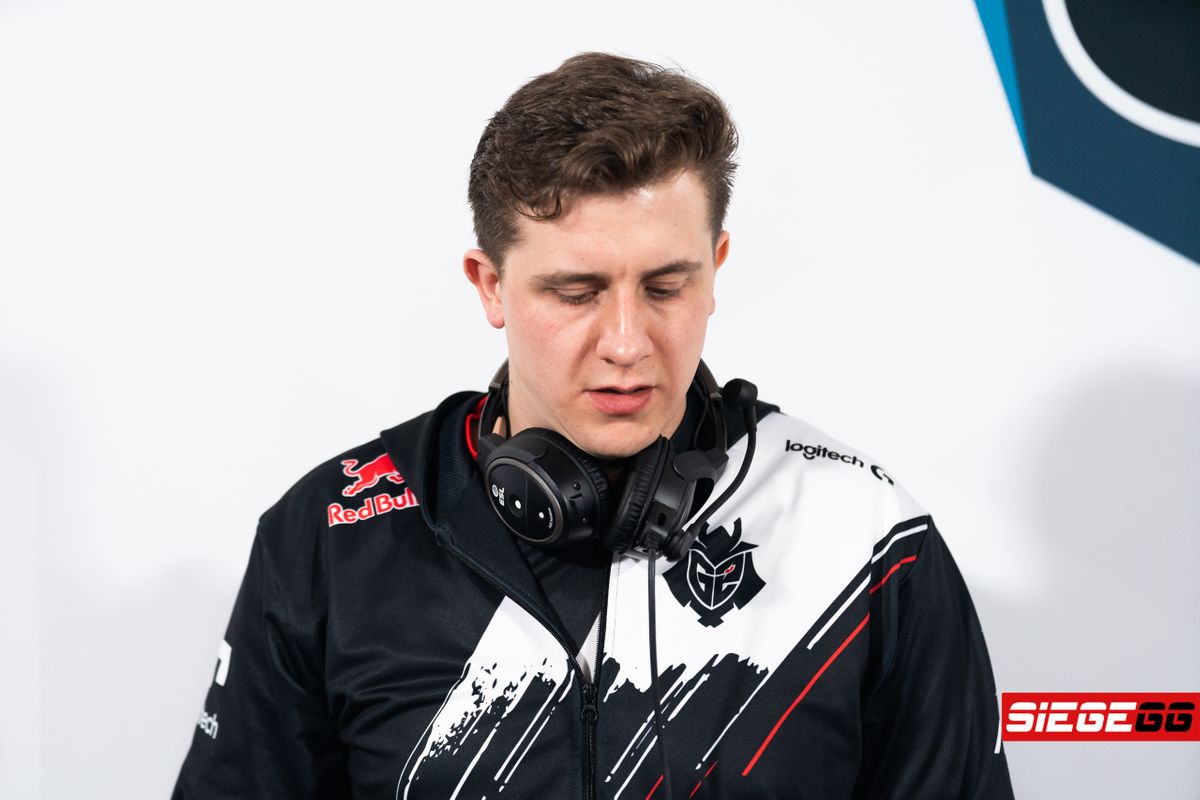 This stage hasn't been the kindest to G2. They have the talent to succeed at the EUL level, but seem to be lacking...something as compared to the other top EU teams. Time will tell whether this team improves or continues their slide, but it's clear they need something to break their skid.

They gave up five attacking rounds to Empire, and allowed Danila "dan" Dontsov to do pretty much whatever he wanted on the map. This isn't the first time this has happened, either: G2 lost 2-7 to NAVI and Team Secret during this stage as well.

This latest perplexing G2 loss is par for the bizarre course, but the losses don't tell the entire weird story. In addition to those bad losses, they've also beat Rogue, who are inarguably a top four EUL team this stage. They beat Vitality as well, and the French side also appear to be in line for a spot at the Sweden Major.

The best way to describe this G2 isn't with "good" or "bad" adjectives, they're inconsistent. They could come out and deal a Major qualified team a solid loss. They also could come out and get manhandled for 45 minutes before limping away from the match with zero points to their name.

Picking G2 to win an EUL match has never felt more like flipping a coin than it has during this stage. That inconcistency could make them dangerous. It also could make them docile. What it has, effectively, made them is out of Sweden Major