“The recoil changes in [certain] weapons have made it difficult for us to get frags”: Mity on NiP’s downfall since SI

With the Copa Elite Six Stage 3 around the corner, we had a chat with NiP’s analyst Dyjair “Mity” Soares.

Ninjas in Pyjamas had a dream start to the year when the Brazilian roster lifted the Sledge hammer at the SI 2021. But who would have said that the SI champions, just like G2 Esports in 2019 and Spacestation Gaming in 2020, would go through an incredible collapse after?

The Ninjas’ BR6 2021 campaign has been a rollercoaster of emotions. An awful start to the first stage, where the team narrowly clinched a Copa Elite Six spot on the very last weekend of action, was followed by a fourth place at the CES.

Ninjas in Pyjamas’ Stage 2 saw an improvement from the team, as the roster finished as the highest scoring team of the split -- alongside Team Liquid -- with 20 points. That was followed by a dominant display at the CES Stage 2, as the team topped its group with a 4-0-0-0 record and won the event after playoff victories over Team Liquid and Team oNe.

Out of 15 games played throughout the stage, the team had won 13. But that incredible run was about to end.

In August, the SI 2021 champions bottomed out at the Mexico Major, as the Brazilians had five out of their six group-stage games decided in overtime. After beating the NA favorites of DarkZero Esports (8-7), Ninjas in Pyjamas went to lose their games against G2 Esports and the Korean international debutants of DWG KIA, just before beating DZ for a second time -- another 8-7 victory. 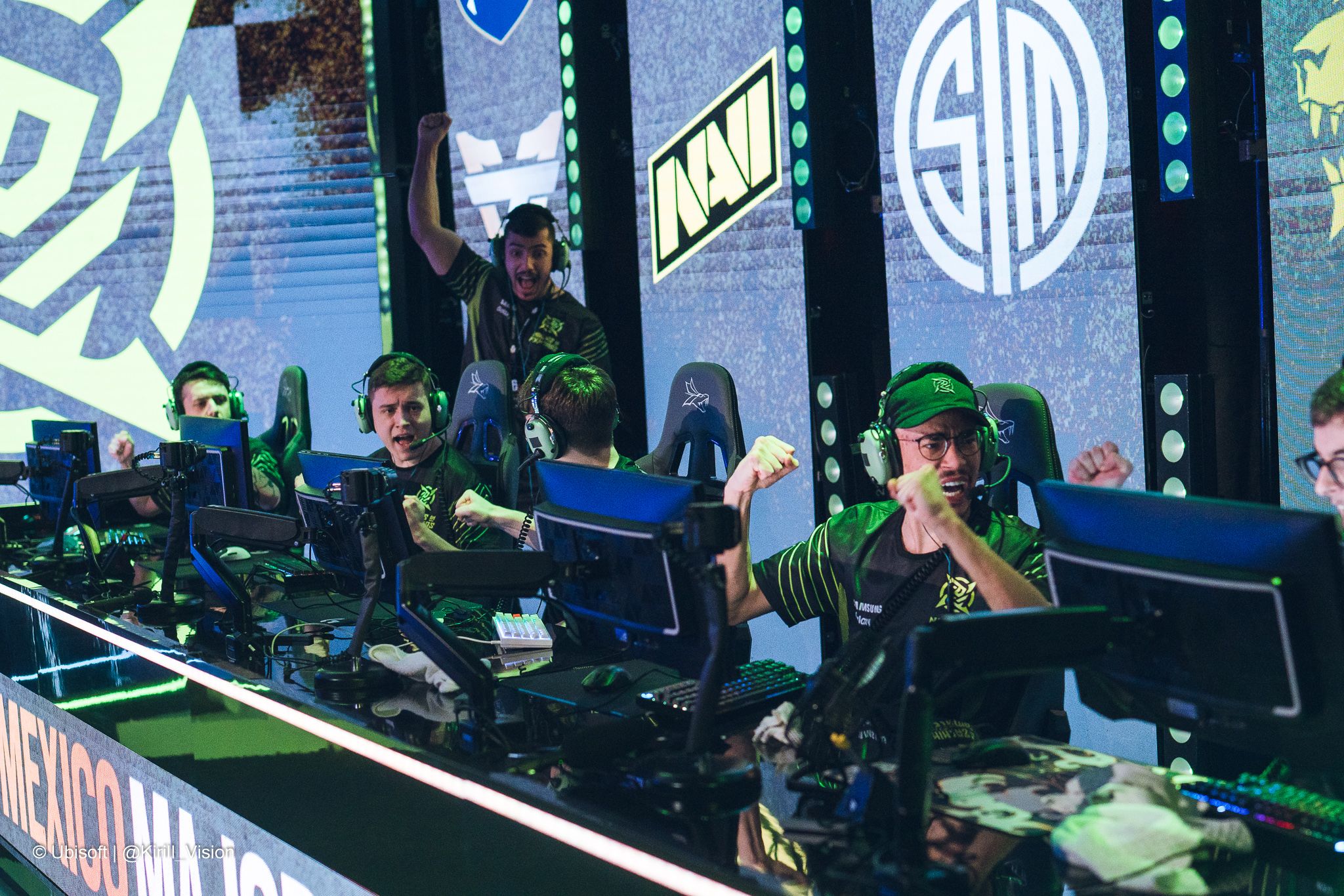 “Expectations did not affect us, all teams [were] prepared to play against us, that was the biggest problem,” said Dyjair “Mity” Soares in an interview with SiegeGG.

Following such a bad showing, another dominant stage was almost mandatory to calm down the fans. But that’s the opposite of what happened, as the team has just won three out of seven games -- two of them in maximum overtime, against FURIA Esports and W7M Gaming.

Looking at NiP’s Stage 3 numbers, we notice a clear lack of fire power in the team. The Ninjas always looked deadly in this field, with a great amount of entry frags next to the players’ names. However, NiP has struggled a lot throughout the third split. Gustavo “Psycho” Rigal, normally a strong fragger, holds the worst rated entry statistics of the league with a record of 4-19 (-15).

“It is hard for us, the recoil changes in [certain] weapons have made it difficult for us to get frags,” said Mity. The Brazilian coach thinks that Siege’s unstable recoil changes have affected the team’s progression, which has forced the squad to “explore other play styles as a united team”.

Such gun skill always left the Brazilians in a position where they never had to truly rely on plants. Their statistics at events such as the SI 2021, the BR6 Stage 2 or the CES Stage 2 show us that Ninjas in Pyjamas completed a plant once every 13.93, 14 and 18.3 rounds, respectively. These numbers are pretty low, especially if we compare them to other teams in the region such as Team Liquid, or other international rosters, such as BDS Esports or Team Empire.

Basically, the team’s fire power has decreased, while the team seems unable to improve somewhere else to compensate for that drought of frags.

The Brazilian coach also mentioned that another possible reason behind their Stage 3 results is their “focus on CES”, as he admitted that the team is currently “working on new things” as they have been playing to “improve their map pool” and “focusing on being more aggressive in new maps”.

Luckily for NiP, the team’s results throughout the first two stages put them way above the seventh place, so their presence at the CES Stage 3 was almost guaranteed. Opposite to EU, NA and the APAC Leagues, the LATAM competitions use a combined system where standings are not reset.

This system protects teams that have collected a good amount of points throughout the three stages, but at the same time leaves rosters who struggled in Stage 1 out of the race to qualify for future CES editions.

In NiP’s case, the squad could focus on improving or even changing their game-style completely. If it was not for this particular format, NiP would still be in the race to secure a CES qualification, as they would be in seventh place with only eight points.

However, Mity expressed his discontent towards the current format. The coach said that “resetting the standings would be fairer” because “a bad first stage can kill a team’s season”.

About the Copa Elite Six, Mity said that this edition will be “demanding”. The tournament has the likes of the SI 2021 finalists Team Liquid, the Mexico Major champions Team oNe, and other squads such as FURIA Esports or FaZe Clan, who have improved a tone throughout the third split.

“This edition will be very challenging, Team oNe and FURIA are better, I think MIBR will qualify,” said Mity.

More recently, the November Major was confirmed to take place in Gävle, Sweden. Curiously, that is Ninjas in Pyjamas’ country of origin, so the Brazilians could be considered to be the home-team at the event.

“Sweden is our second home, it motivates us,” concluded Mity.