Exciting changes to maps, a nerf to Sledge, and a key flashbang behaviour change highlight the new in-game season.

Crystal Guard is close, and with it will come changes to very strong operators, some map buffs, and a new, strong attacking gadget. Here's everything that's going to come with the latest "Rainbow Six Siege" season.

Osa is a trans member of Nighthaven in the game’s lore, and her gadget, the Talon-8 Clear Shield, appears powerful in playtests. Transparent like Clash’s shield, placeable like the secondary deployable shield and on windows, it’s sure to frustrate defenders.

The shield can be destroyed by popping a canister on the inside (like Mira’s Black Mirrors) or explosions like impact grenades or nitro cells. The glass vision can be blocked with a melee as well, as is the behaviour with other bulletproof utility.

Osa will start with the 556XI and the PDW as primary weapon choices, along with the PMM as a secondary. She will have a Claymore and smoke grenades as her secondary gadget options. 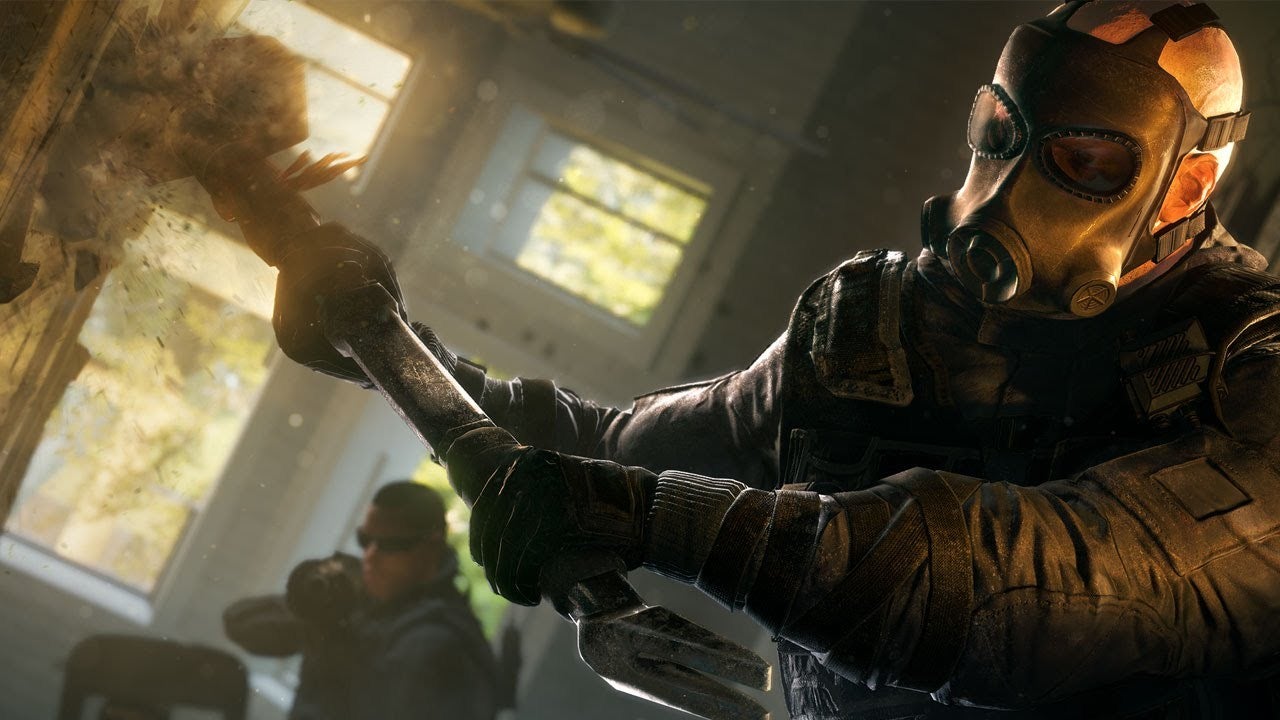 The changes to IQ and Twitch are minor. IQ’s scanner will now display exactly what kind of utility she’s detected, and allow for Z pinging the utility through surfaces. Twitch’s drone can now jump, and she’ll spawn with a regular drone and her gadgets in her pocket.

Ubisoft game designer Emilien Lomet says the jumping part of Twitch’s drone is mostly a quality of life change, but the normal drone signals the eventual coming of the attacker re-pick feature.

“When it comes to the normal drone this is a requirement for us,” said Lomet. “Because attacker re-pick means that you can change the attacker at all times [during the prep phase]. If you want to spawn in prep phase with a Twitch and then switch to Ying, then you're Ying and you have a Twitch drone, what's going on, right?”

Ubisoft had the option to “magically” change the drone from a Twitch drone to a normal drone but figured this was a simpler solution. Plus, it gives a solid gadget buff to Twitch, who is mostly taken for her buzzsaw of a primary weapon: the F2.

Fuze has received a significant buff: his gadget will now be deployable through reinforced walls. It won’t move as quickly, though: there will be plenty of time for defending operators to evacuate.

Sledge will lose his SMG-11 in the newest patch. The nerf is the latest in a long series of nerfs given to attacking operators played in more aggressive roles: Ash, Zofia, Twitch, and Sledge have all seen nerfs within the same calendar year.

The most significant change is possibly the flashbang rework. Flashbangs have been updated to be more consistent, according to Lomet and Karpazis. No longer will random objects block the flashbang from going off, but there will be a certainty that if a flashbang lands in an area, that player will be some level of blind.

Players will be able to turn away from the flashbang to reduce the effect, but unless the flashbang is completely outside the area of effect, some level of blindness will occur. This will give flashbangs a more consistent use, as opposed to being completely centered on burning “catcher” operator utility.

Specifically, Lomet notes that the flashbang rework was designed with a competitive experience in mind.

The operator that places an opposing operator in DBNO state will now be credited for the kill 100% of the time, regardless of what operator finishes off the downed enemy.

First and foremost: annoying metal bars that block bullets seemingly at random have been removed from Bank and Coastline. “As we know banks to have all of these cages of steel bars that are placed very close to each other. That's very unique and that brings a lot to the thematics, but it also makes it extremely inconsistent and frustrating when you have a bead on someone, you follow them, and they pass through this grate, and now your bullet hits the grate,” said Alex Karpazis, “Rainbow Six Siege” art director.

Bank, in particular, has seen changes. The location of the “back hatches” have been moved, and the elevator area of the basement has been reworked. The new first-floor elevator room hatch doesn’t have an angle into anywhere but the elevator room, allowing defenders a bit more freedom to move around their site.

There are now two entrances into the main lobby from ATMs, and there are no longer multiple angles into almost all of the second floor from the parking garage outside. There’s only one, and if not reinforced, the angle can see all the way into the hallway outside the janitor’s room, but that wall will stay closed most of the time. The ATMs rappel angle still exists, however.

Coastline has undergone some minor tweaks. The Kitchen/Service bomb site has seen some minor reworks, and there are now barricade-able open windows in luggage. When those are barricaded, second-floor rotations become significantly less susceptible to attackers that are sitting on the roof.

The wooden hanging structure in the middle of the courtyard has been made wider, and there’s some bulletproof glass in it now, making it even more difficult for roof players. You can still be shot from the roof, sure, but it’s at least more difficult now.

Clubhouse’s changes could be a tad controversial among competitive players. The two-panel wall between cash and construction is now completely solid. This will free up two reinforcements on a CCTV/Cash defense -- a buff that the site didn’t technically need. This will all but kill all logistics hatch/jacuzzi wall side takes, as the only direct entry into the cash room is now the cash door or the garage catwalk.

Bar/Stock has seen some love; the stock site has been pushed to the stage room, and there’s now another path from the bar to the stage room. Exterior vehicles have been shuffled to reduce the frequency of spawn peeks from the first floor.

Also revealed was the introduction of glowing outlines on enemy operators, aiming to fix the significant frustration caused by certain skins helping players to blend in with their surroundings.

As had been revealed with Crimson Heist, the Elite 2.0 system will come into play from this season onwards. Now, players will be able to equip the different sections of the Elite set separately, alongisde other operator cosmetics.

UPDATE 13:26 UTC: Ubisoft game designer Jeremy Dowsett has stated that the removal of the Clubhouse Cash/Construction two-panel wall was a bug in the game. The wall will remain in the game on the live build.