There's only been one real dynasty in "Rainbow Six Siege". Can NiP create the second one in the history of the esport?

Ninjas In Pyjamas (NiP) is now in the spotlight, but it wasn’t always like this.

NiP’s solid base of João “Kamikaze” Gomes, Gustavo “Psycho” Rigal and Julio “JULIO” Giacomelli has been playing together at the highest level for a while. Despite being in the Rainbow Six scene for a long time, NiP’s lineup had few highlight moments before becoming an international powerhouse at the 2020 Six Invitational.

The trio had lost the ESL Pro League Season 6 Finals' Grand Final against ENCE eSports and also had been semi-finalists at the 2018 Six Invitational. But beyond that, the NiP roster had never really been considered a title contender, especially as the PENTA Sports (later G2 Esports) roster kept dominating.

It was at the 2020 Six Invitational that eyes properly turned to the Ninjas. After a spectacular run through the lower bracket that only ended in a tense Grand Final loss to Spacestation Gaming (SSG), NiP started looking like a real threat for the upcoming tournaments. 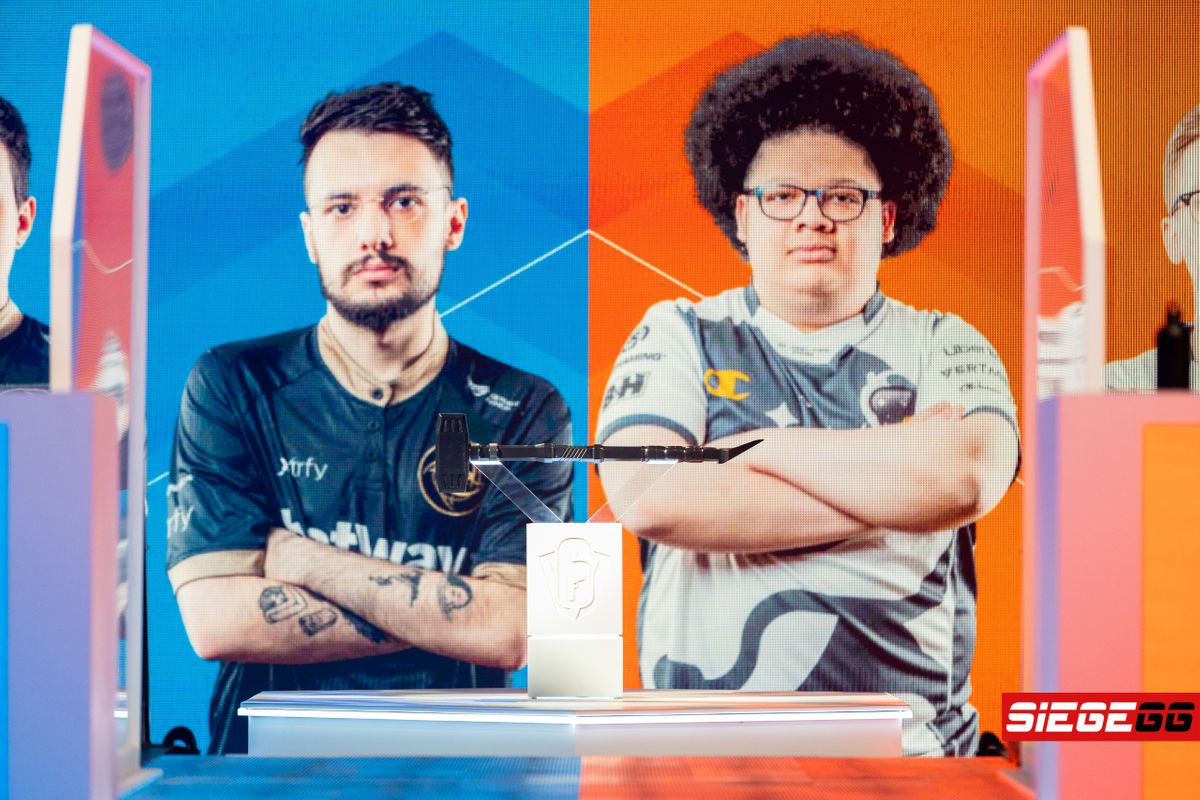 Since that loss, in the span of fewer than two years, NiP has already won the Six August 2020 Major (Brazil), Six Invitational 2021, and the Copa Elite Six 2021 (Stage 2). Just like with 2020 world champions SSG, NiP was put on hold by COVID-19, not being able to compete at the international level.

Now, as things are getting back to normal, both of these teams will have the opportunity to claim themselves and possibly establish their own era in Rainbow Six Siege history.

But while the last Pro League Finals and two more Majors were lost as a result of the pandemic, NiP lost none of its form in the hiatus. It hit the ground running at the first international event since the Six Invitational 2020 in February -- the May Six Invitational 2021 -- and took home a dominant title. The question now is if it can manage to keep this momentum onto Mexico City Major and establish its arguably ‘lost’ dynasty.

“Yeah, I think we are getting pretty close to doing it, [creating a dynasty], said Gabriel “pino” Fernandes. “... We were the SI runners-up, then we won the next (SI). And we are in our prime, I think. Everyone on the team in his prime. We are growing.”

To this day, the former PENTA and G2 Esports roster is the only one in “Rainbow Six Siege” history that was able to build and maintain a dynasty. Having started in April 2017, its downfall only took until the 2020 Six Invitational to be finalised.

Across its different rosters, that team secured two Minor victories, three Pro League wins, one Six Major, and back-to-back Six Invitational titles. And now, it may be difficult for any other team to achieve what this legendary roster achieved. G2 had been way ahead of its opponents for a long while in a reign of dominance like that will probably never be seen again with a now-mature Rainbow Six -- and that's nothing any team should be ashamed of.

PENTA, in the early stages of the competitive era of the game, was almost unbeatable. It had only lost twice in 2017 and had won two Pro League Finals. A win against this roster was almost worth as much as a title.

Its first loss in international events occurred during the Season 6 ESL Pro League Finals in Sao Paulo, Brazil. PENTA’S loss against the former Black Dragons e-Sports in the semi-finals, nowadays NiP, made the home crowd go crazy. The Brazilian casters cried; it was a magical and remarkable moment for the LATAM scene.

On the other hand, it was only a minor setback for the Europeans, who managed to win their first Six Invitational three months later and stack up tons of titles.

The PENTA/G2 roster being this dominant does not cancel out other teams' dream of having their own dynasty. NiP may have a new era of dominance, but in a different shape. Evil Geniuses (EG) with Troy “Canadian” Jaroslawski was extremely successful in the Rainbow Six scene for a while, but was always obfuscated by G2 and PENTA. Mainly because of that, EG did not win a single international title despite being at the top for a long period.

Beyond EG and G2, Team Empire seemed really sharp, but the Russians were only able to stay on the top for one year through 2019. They won the Six Major Raleigh, the Pro League Finals and lost in the Grand final at SI 2019. It is worth standing out that in all of these big performances from Empire they faced G2 twice and EG once in the final, two traditionally strong teams in Rainbow Six.

Team Empire had a big impact in the Rainbow Six scene, even with a short period of dominance, they signaled the end of the G2 era at Raleigh, making room for other teams to succeed. Since then, three different teams have won the three international events that have taken place. Natus Vincere, ESL Pro League Finals, SSG, Six Invitational 2020 and NiP, Six Invitational 2021.

Without a doubt, there’s still a lot left for NiP to start a real dynasty, but that’s far away from being impossible. It has looked scary in LATAM after winning the Invitational, just like last year. Its difficulty in securing wins in the BO1 format seems to have faded during the Brasileirao’s most recent split, which will be pivotal in the similarly-formatted Mexico Major group state.

And once NiP gets into the BO3 playoffs, beating it might just be impossible. Looking back at SI 2020 and 2021, NiP has a 9-1 Win-Loss record in the format and has been on a seven-game win streak since its SI 2020 loss to TSM.

Undoubtedly, winning the Mexico City Major would be enormous for NiP, but it will not be an easy task. Although there’s no lineup as scary as the former G2 was, there’s a lot of strong teams with a real chance of winning this tournament. SSG, TSM, Team Liquid, BDS Esport, and even Team Empire might be threats to am NiP reign.

“I think [our peak for Mexico] will be [even higher than SI],” said pino. “At SI, we kind of struggled throughout to make it to the final, we won many maps in overtime, but now at the Major, we are playing better, I can feel it.”

Catch NiP next at the Six Mexico Major against DarkZero Esports, set to be played on the Rainbow6 Twitch channel on August 16th at 2:30 PM CDT (UTC-5).