Korean Open 2021 Summer Week 4: All But One Playoff Slots Filled, 5PM Locked in for Relegations

With the fourth week of the Korean Open 2021 Summer now complete, here's a rundown of all the action across the three days of play over the past weekend.

Here's a rundown of the games from the week prior and here's what to expect from the final day of group stage play and the start of the playoffs.

The clash between Cloud9 and DWG KIA was the game to watch out for on the 11th day, as a Cloud9 that was fresh off conceding a 6-0 to 6-8 reverse-sweep to FAV Gaming in the top-flight looked vulnerable against another APAC North opponent.

Cloud9 kicked off Consulate well enough with an early 3-1 lead, but DWG KIA was undeterred and fought back to a 3-3 half, thanks in large part to 2v5 post-plant clutch from CATsang and coted in Round 6.

But while DWG KIA gave their out-of-form opponents a tough fight on the attack, the defense of Cloud9 was more than enough to take the win with a 7-5 scoreline. 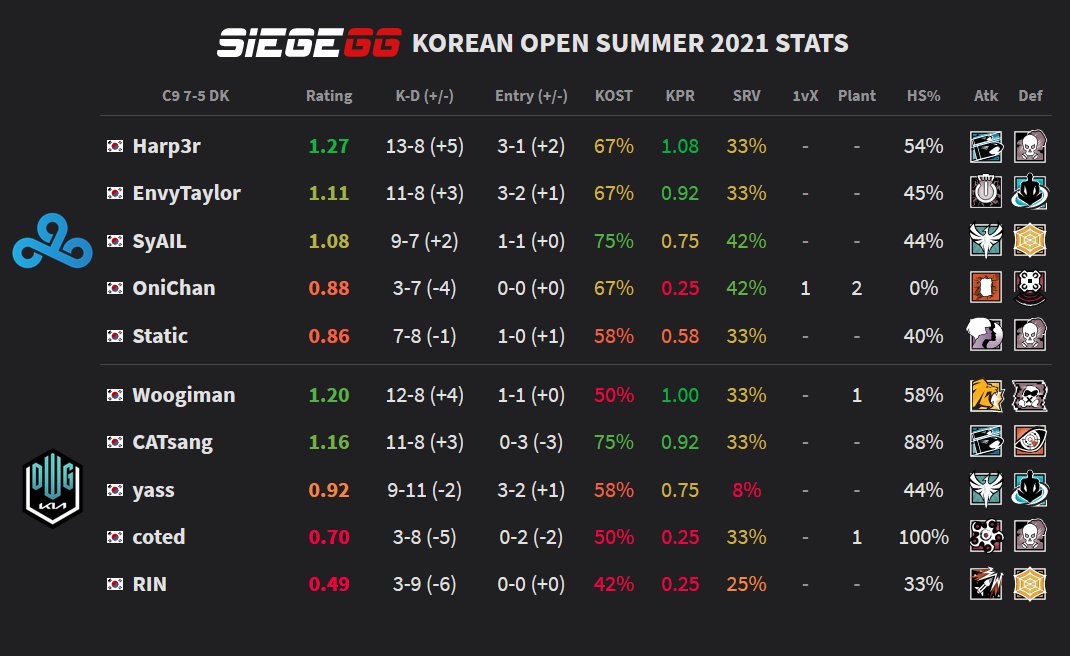 The next day, the match of the day was the clash between Cloud9 and 5PM. While Cloud9 was looking to continue on from the strong DWG KIA win, 5PM had just been confirmed to be a lock for the Relegations after SGA had demolished T1 by a 7-2 margin.

Nevertheless, the amateur team did not throw in the towel, even after sliding to a despondent 1-5 attacking half on Clubhouse. Their veteran opponents were given a tough fight on their attack, as 5PM reeled off three defensive wins in a row.

However, restarting its defensive rotation, 5PM was unable to stave off the loss as Cloud9 denied the equalisation of the scoreline and then took the 7-4 win in the 11th round. 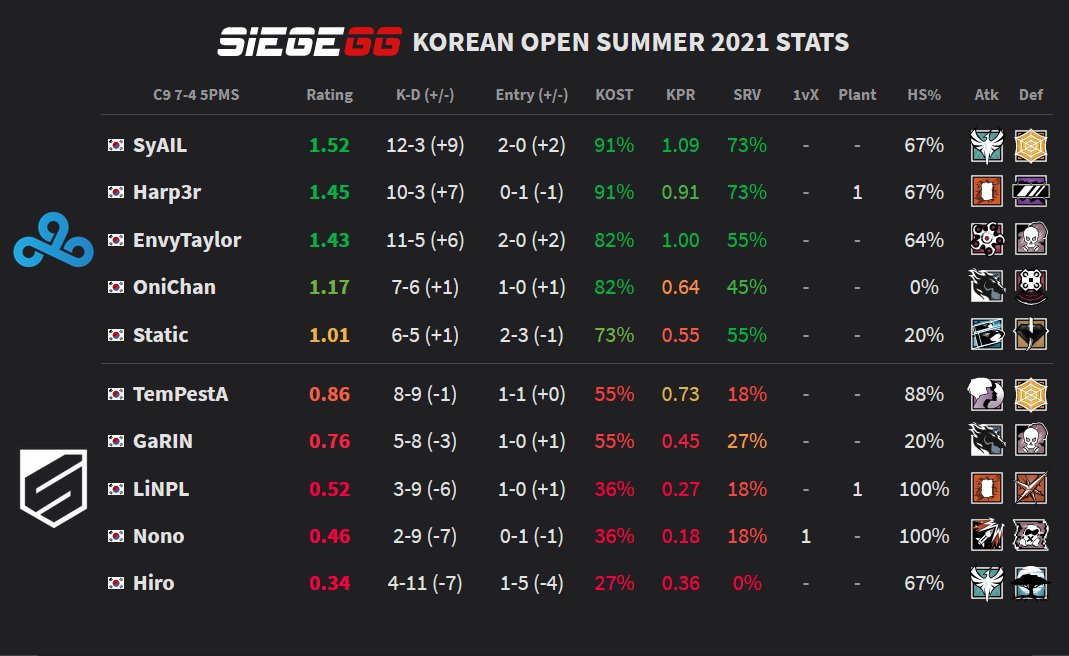 Day 13 featured two close games, with the second a 14-round marathon that allowed StarRise to stay in contention for the final playoff spot. However, the opening clash between the APAC North squads and arch-rival organsiations of DWG KIA and T1 was the one to watch.

The match on Villa started off well for DWG KIA, as the defenders managed to take a 4-2 first half, as is the goal on such a defender-sided map. T1, however, seemed to be far more comfortable on the defense after the role swap, completing a three-round defensive rotation to wrest the lead back.

But coted was the star of the show for DWG KIA, starting off with a triple-kill on Round 10, before planting the defuser on Rounds 11 and 12. In addition, double-kills in both rounds from yass were just what DWG KIA needed, as T1 failed to make its good defensive start pay and slipped to a 5-7 loss. 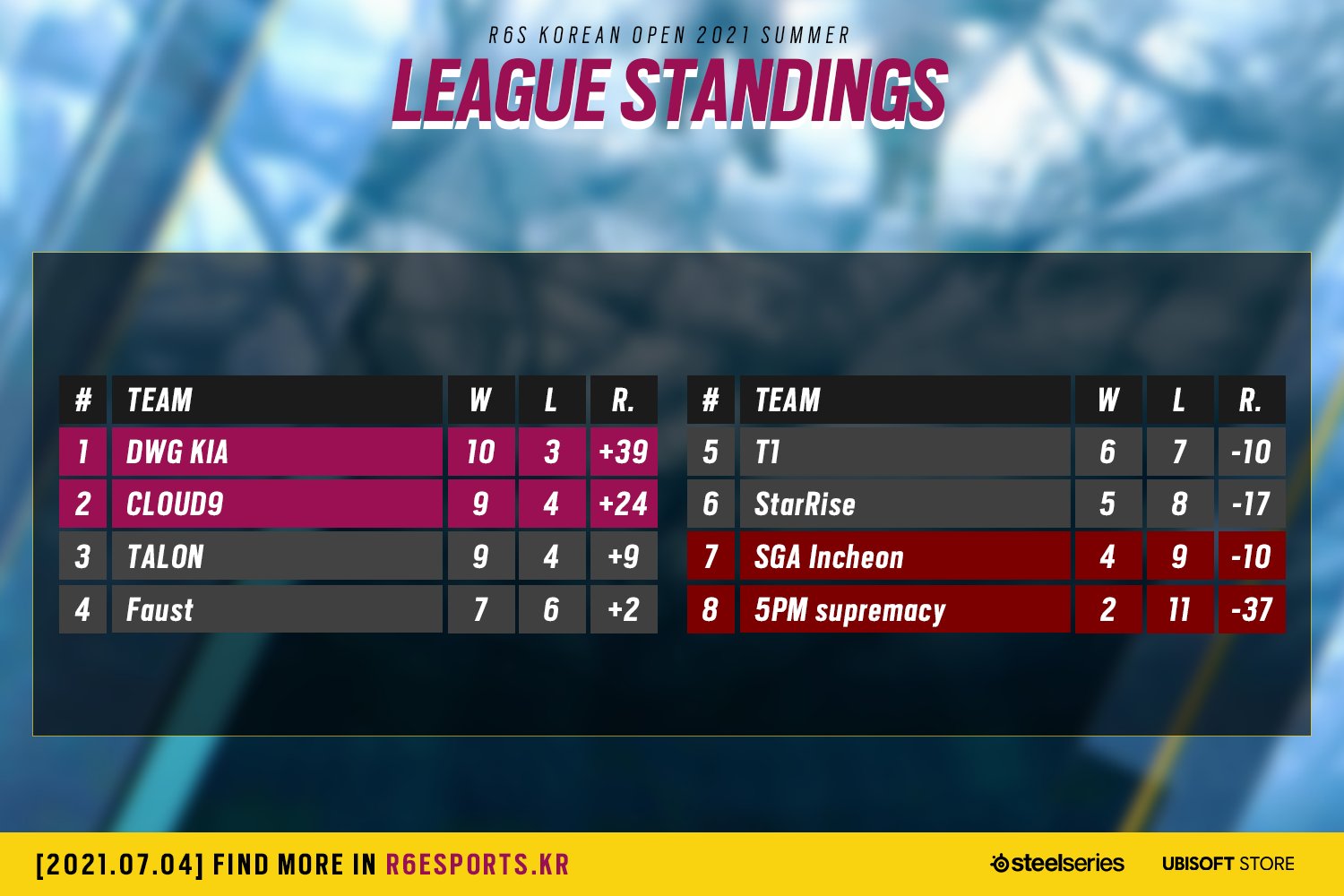 The group stage of the Korean Open 2021 Summer comes to an end this week, with the final play day on the 10th of July.

While DWG KIA has ensured that it will finish in the top two and thus get a direct berth in the semi-finals of the playoffs, Cloud9's game against T1 will be key in deciding the other team to get that advantage.

However, even if Cloud9 loses, Talon will need to beat 5PM to ensure that it is the team heading to the semi-finals directly.

Meanwhile, Spring 2021 champions SGA will be tussling with StarRise for the final playoff slot, with the victor guaranteed to progress.