The kickstarter for the 6: Siege board game will come to an end later today after it managed to raise 14 times its goal amount.

The 6: Siege board game has been fully funded via Kickstarter, with it currently standing at $1,473,899 raised from its initial $100,000 goal thanks to 10,407 individual backers (at the time of writing). The campaign will close later tonight at 11pm CEST.

A full rundown on the game and the Kickstarter tiers can be found in our launch article, here.

Across the Kickstarter campaign, a number of daily rewards were unlocked and social media polls were run to determine the seven exclusive board game minis and video game skins that will release with various versions of the game.

As announced with the Kickstarter launch, there will be seven exclusive skins available to the game's backers.

These skins, each of which is based on another Mythic Games product (released or still in development), were chosen via votes on social media as two different designs were pitted against each other throughout the last week.

The winning designs will be included as a mini in the box with its own operator card and will be released as a Uniform and Headgear in the video game itself.

Not all of these skins will be available to all pledges, however, as one comes with the $69 main box, one more comes with each of the five expansion boxes (all five additional skins are included in both the $199 and $269 pledges), and a seventh comes exclusively with the $269 "Smooth Operator Pledge" bundle.

The winning designs and where they are unlocked via is as follows: 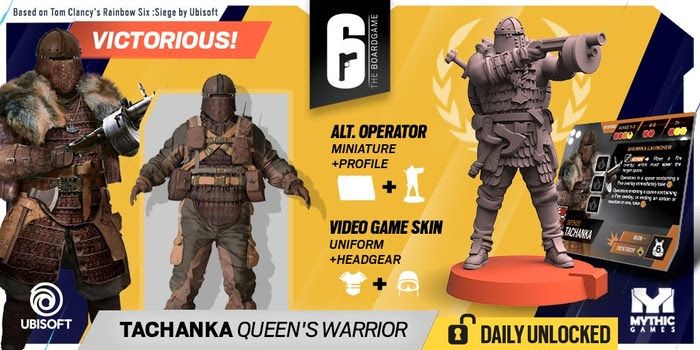 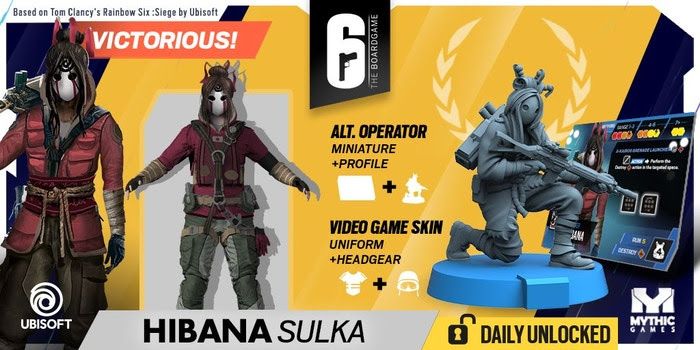 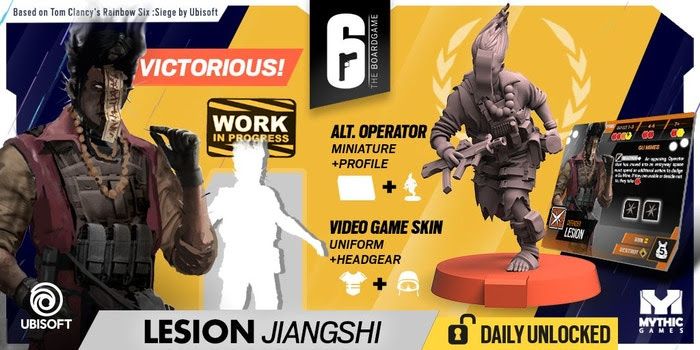 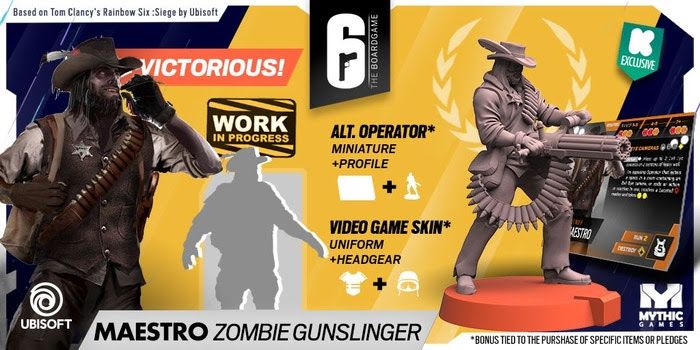 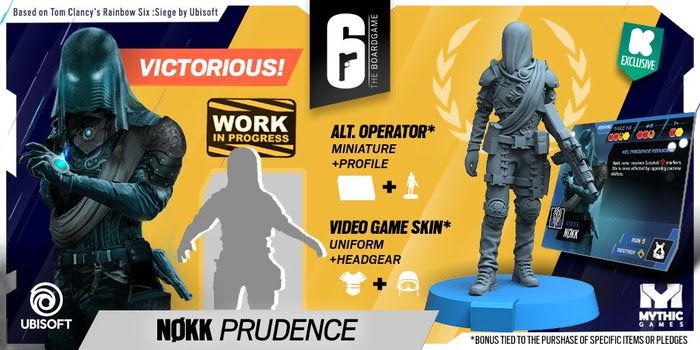 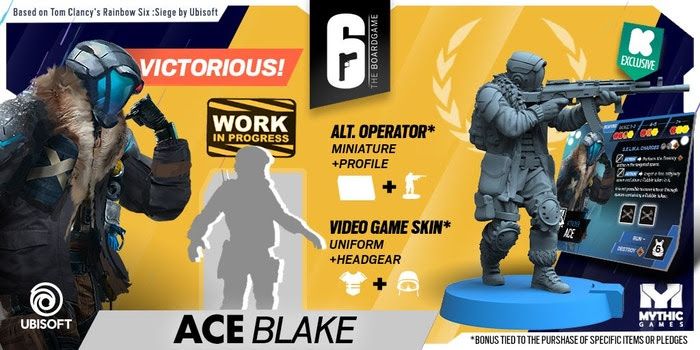 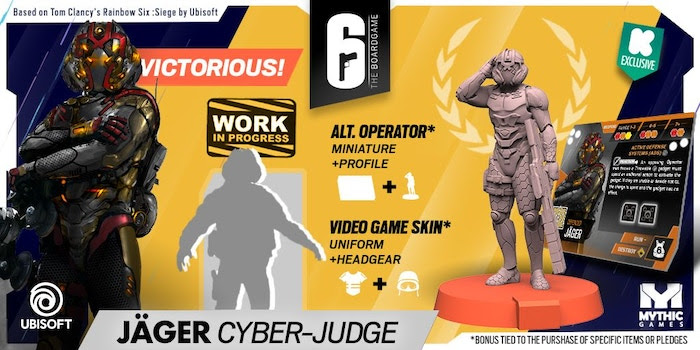 These skins will presumably come with the box when it ships out next year meaning backers still have a long wait before they can be equipped and developers have plenty of time to complete all of the skins.

As well as this, a new Kickstarter-exclusive addition, such as a reskinned gadget was revealed on every day of the campaign.

These additions will not be included in a possible future retail release of the game meaning after tonight they will no longer be available. 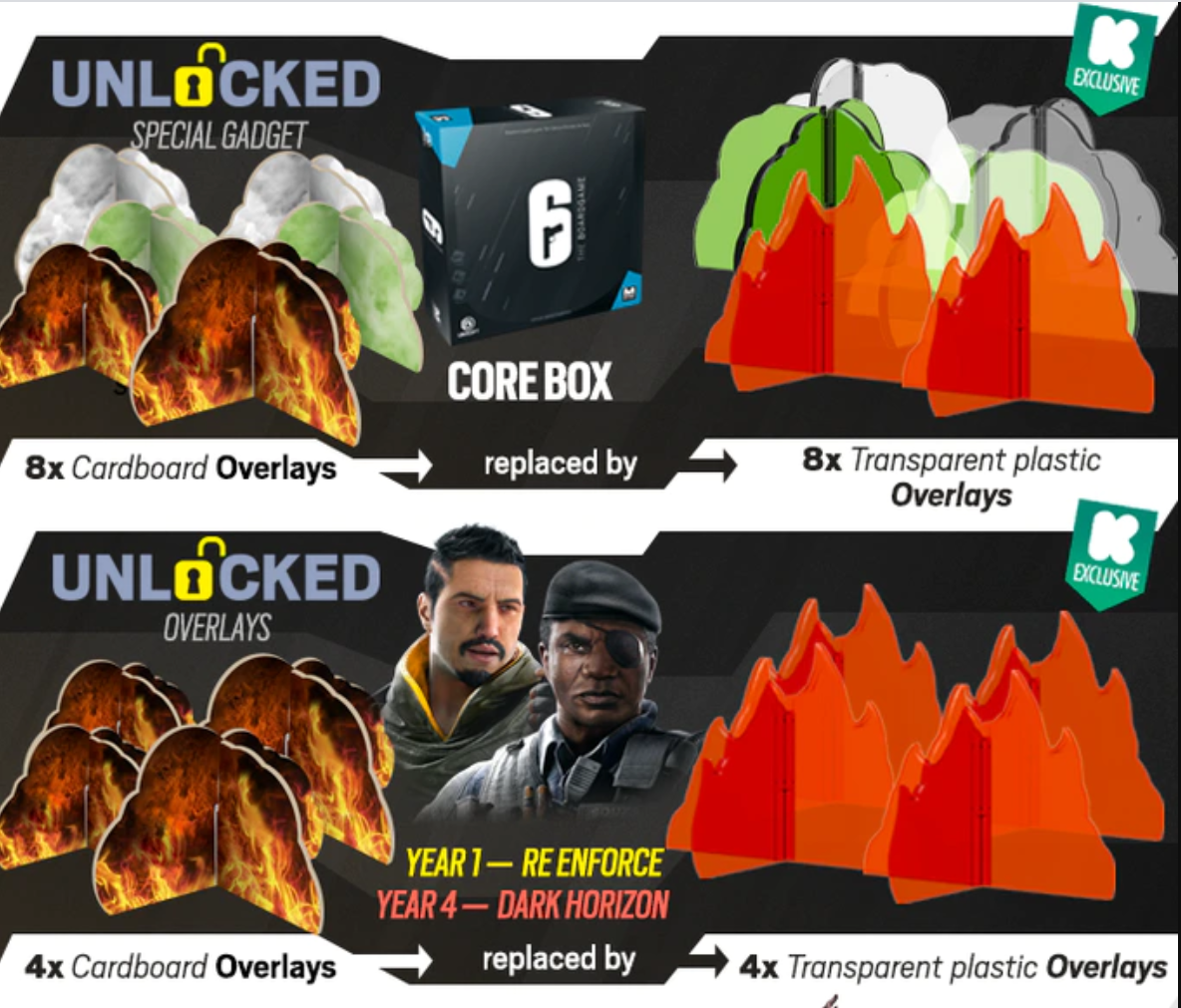 A lot of these daily rewards are simply higher-quality gadget stands and objective tokens, however, the addition of Flores, Thunderbird, and the added Recruits game-mode to all tiers of support are pretty notable and fun sounding additions.

Flores has an exploding drone that destroys and wounds after scanning. This is awesome because it allows you to scout an area, possibly reveal a Hidden Operator token, maybe even wound some Operators, and destroy some gadgets and breach some walls… all in one fell swoop!

Good use of this RCE-RATERO drone will also affect team loadout, as you won’t put as many drones in your inventory, giving you space for other (possibly more deadly) things. 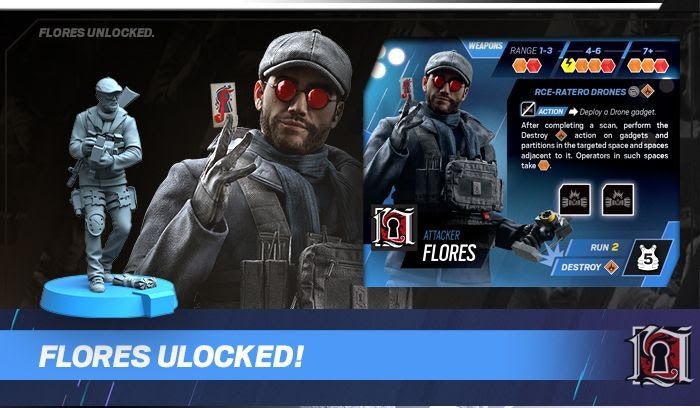 Thunderbird is a fantastic support Operator. She is all about preventing damage being taken in specific rooms. However, her Kóna stations, which enable this ability, work on both Attackers and Defenders… So, sometimes, once the attackers have entered a room with a station, you’ll want to destroy your own device to prevent them from benefiting from that gadget! This high power ceiling Operator can really make a difference by making the defence nigh impregnable. 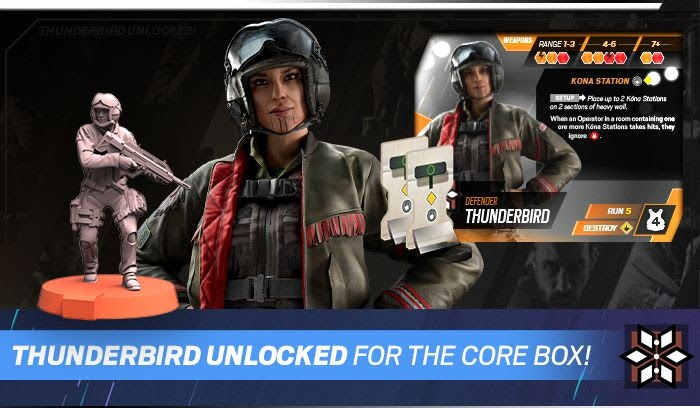 And finally, here's a short rundown on the exclusive Recruits mode:

The Recruit will be set up with its stats covered with Charge cubes and Inexperience cubes. This means he starts by not being able to shoot very decisively on the target. But, as the game goes on, you’ll be able to remove those charge/inexperience cubes from them. They will gain extra firepower this way, but you choose what to remove: do you want them to be long range or close combat Operators? Do you want to balance their stats? You can, but you have to keep them alive. 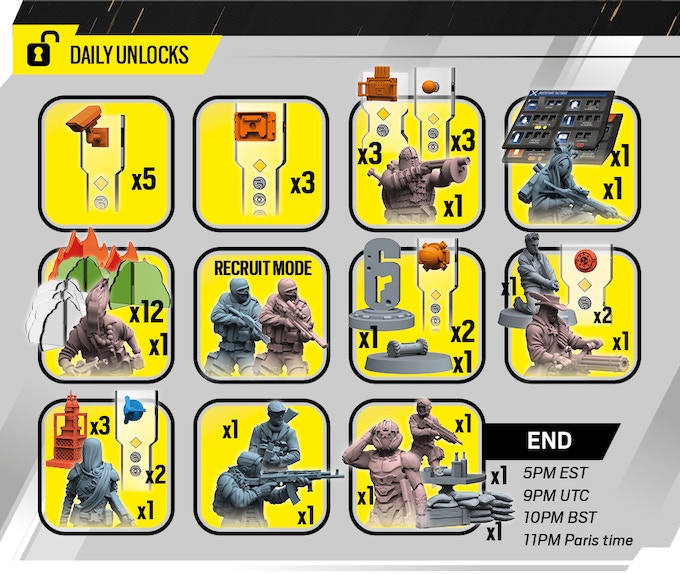 While that's everything that's available exclusively to the 10,000 kickstarter backers, we can get a look at the popularity of each tier as well.

Firstly, here's a recap of what each tier entails as seen in our launch article, here:

Now looking at the breakdown, here's how many people supported each tier so far with around three hours remaining in the campaign:

The remaining $1,819 was made via the $1 tier, which doesn't come with the game itself but is a way to access the Pledge Manager as a way to order just a single expansion on its own for example.

While in most campaigns the lowest possible tier to get the game is by far the most popular, the "Premium All-In" pledge in the 6: Siege campaign basically attracted the same number of people as the lowest tier, despite it being almost four times the cost. 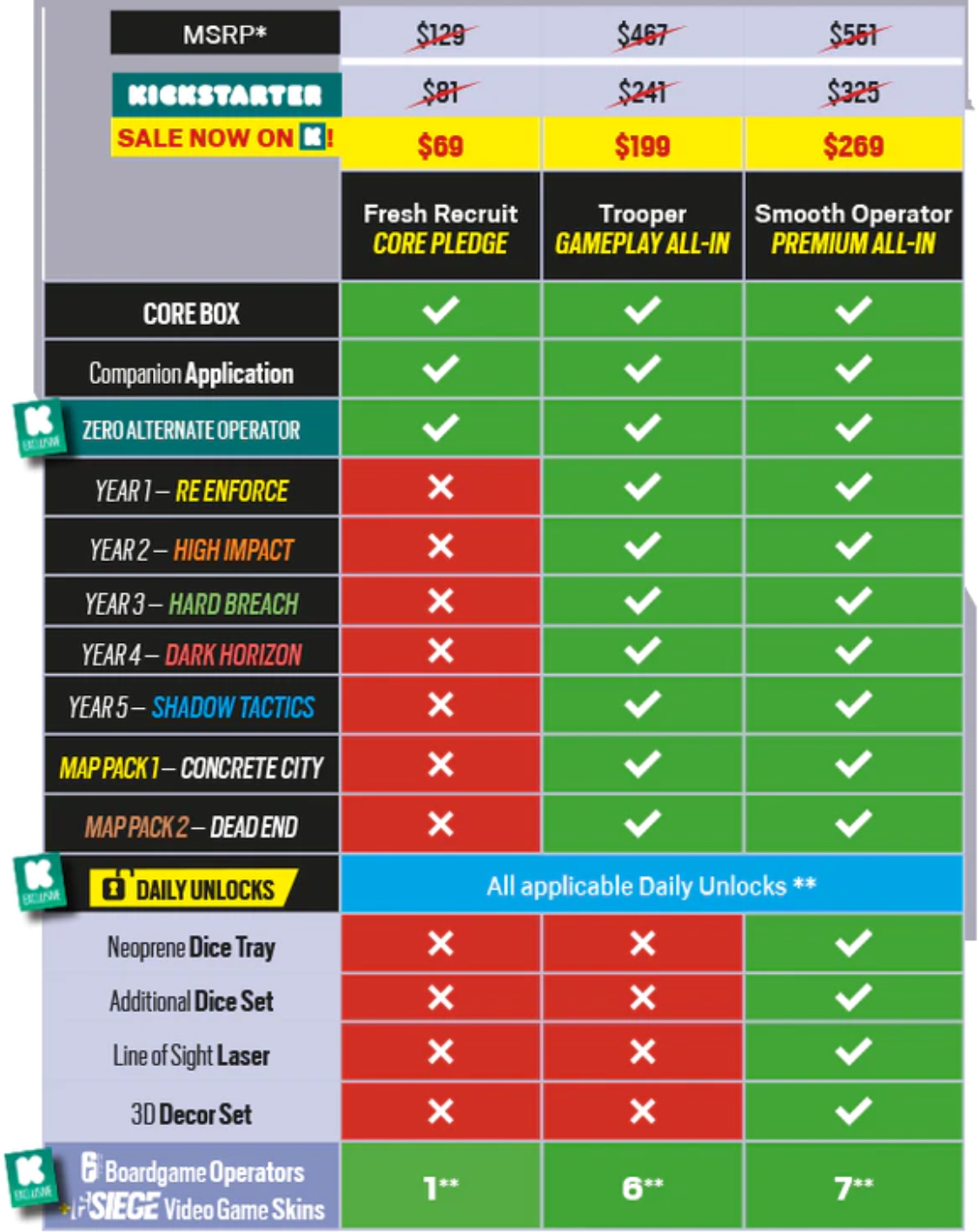 SiegeGG will be covering 6: Siege's launch when it finally comes out next year as well as any and all following board game tournaments as the game expands the Rainbow Six gaming universe.