The Year 5 award for the Caster of the Year could hardly be given to either of the inseparable duo of Ace and Dez in isolation, thus marking the first time it will be awarded jointly.

Year 5 was a standout year in terms of casting, with new faces joining the broadcast teams at every level and in every region.

The duo of Tim "AceOfPyrite" Leaver and Derry "Dezachu" Holt, too, were part of that wave of casters. Though they were far from new to the scene, they had largely been casting Tier 2 and 3 competitions prior to the tail end of Year 4. 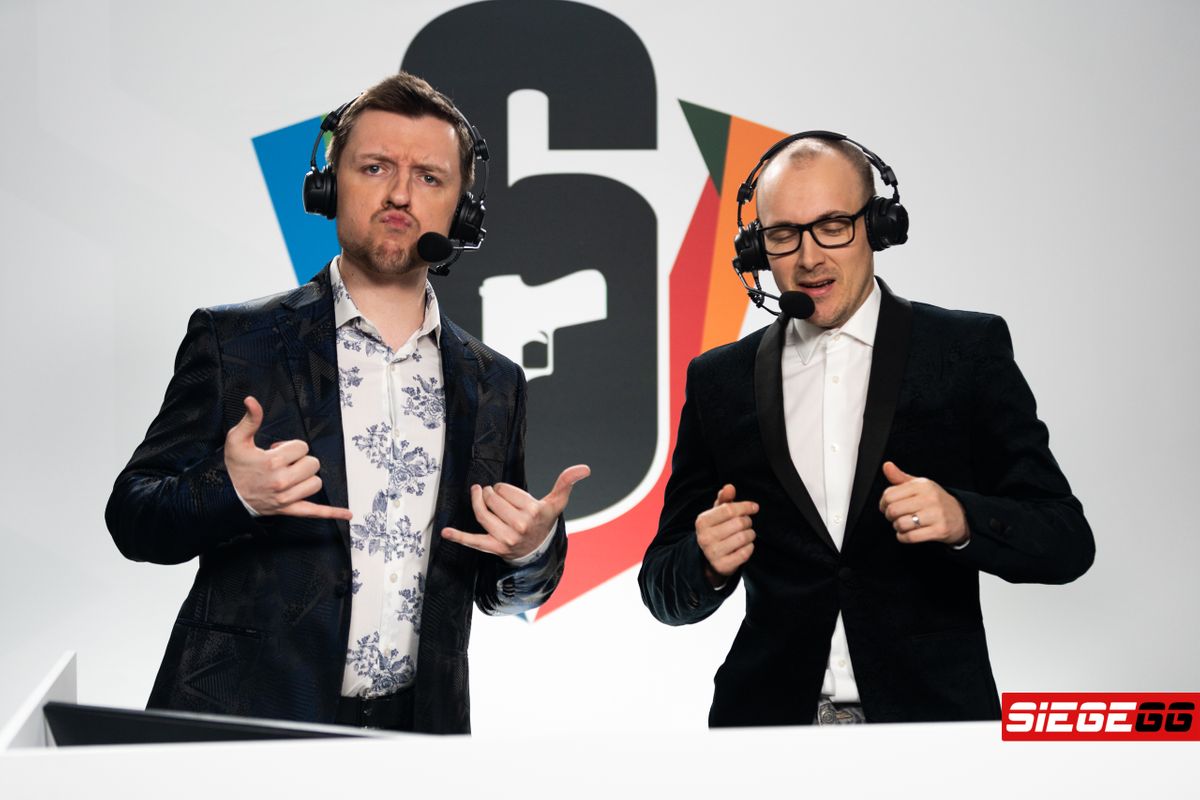 Between the two of them, they covered three of the four main regions, jointly casting the Brasileirão 2020, with Dezachu also working for the European League and APAC North Division.

In addition, the two were naturally invited to the Six August and November Majors and cast the European Majors together. At the same time, AceofPyrite also lent his voice to the Brazilian region, while Dezachu also cast all three APAC subregions in August and two in November.

The turn of the calendar year did not stop the duo, as they united for the European League and APAC North Division, though AceofPyrite continued in the Brasileirão as a host for 2021.

However, it was at the Six Invitational 2021 that they got their biggest opportunity. The two were once again invited to cast the Group Stage, but this time also got the chance for the playoffs. And that chance also included a legendary all-Brazilian Grand Final.

Throughout Year 5, AceofPyrite and Dezachu have continuously been working on their craft, pursuing constant improvement despite an extremely stellar level of commentary throughout. Paired with each other, as well as other casters, each of them have shown incredible growth and skill, entertaining hundreds of thousands of viewers across the globe.

Their most recent cast was together, as they lent their voices to the incredible Ninjas in Pyjamas versus Team Liquid matchup, elevating their casting beyond expectations and doing that match the justice it deserved.

As such, it is little surprise that one of the best casting pairings in all of Siege right now was the best in Year 5, thus winning the first-ever joint Casters of the Year award.

The following is the fifth award in our Year 5 Awards series. Click here to view all of the awards, the announcement schedule, and their winners. Check back in each day for new awards to be announced!

First Female Top-Flight Player in LATAM Speaks Up: "The insults and hate we get just for being girls is by far the biggest problem"
More news
We use cookies to improve your browsing experience. Learn more