The move comes despite the organisation already having a weapon skin and charm in the game as part of the R6 Share programme.

While Ubisoft rules indicate that an organisation is necessary to participate in the top-flight leagues, the players told SiegeGG that it is unclear if they will lose their place in the league with this sudden mid-season departure from Giants.

According to team captain Glen "Lunarmetal" Suryasaputra, the players had only been informed of the organisation's exit from the scene the previous night as they spent a ninth day in quarantine after returning from the Six Invitational 2021.

The exit comes at a time when leaks had indicated a second Giants Gaming weapon skin was going to be added as part of the R6 Share programme, on top of its existing 552 Commando skin and weapon charm.

However, it may be that Giants Gaming -- having recently undergone a big rebrand in preparation for an expansion -- was unsatisfied with the returns from Tier 2 of the programme.

A reduction in commerical viability with the team's move to APAC South may also have been one of the considerations for the organisation.

The Singaporean roster had signed with Giants Gaming a week into Season 11 of the ESL Pro League in 2020, having pulled off a massive upset against the previous roster at the Season 10 Finals.

The team would soon add Season 10 title-winning coach Ellis "GiG" Hindle, who was recently accused of abuse by his ex-girlfriend, who has since deleted her tweets.

Upon inquiry from Dot Esports, Giants Gaming had stated that they were "going to lead a normal life" until police investigations -- started by GiG against his ex-girlfriend -- concluded. 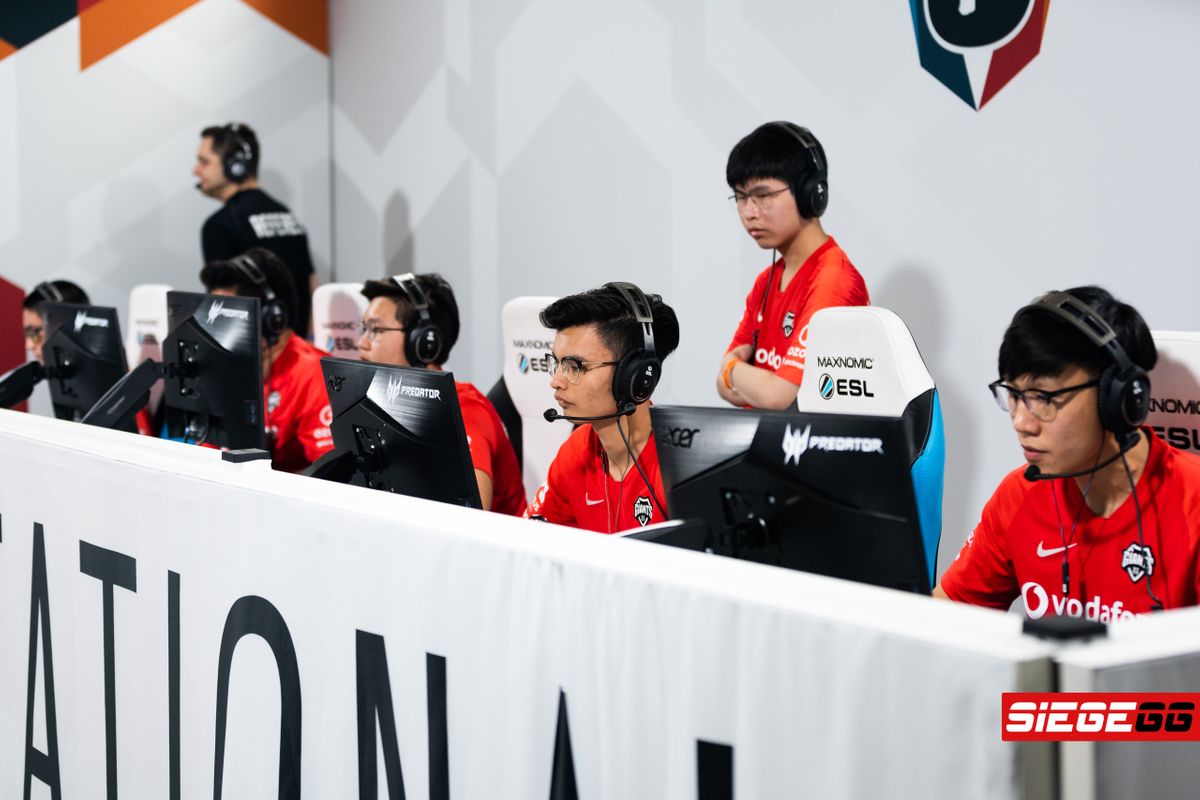 At the Six Invitational 2020, the Giants crashed out winless, but recovered well in the new format.

However, 2021 saw a sharp downturn in the Giants' fortunes.

At the Six Invitational 2021, the team won its first matches at the event -- a tense 8-7 over MKERS and a surprising 7-5 upset over TSM -- but was still the second team to be eliminated.

Now, just two weeks prior to the start of Stage 2, it has lost its organisation and it is unclear if the players will be allowed to continue in APAC South if they fail to secure new representation.