After today's Round 15 loss to Ninjas in Pyjamas, SiegeGG spoke to MIBR analyst Guille about his team's chances and mentality heading into the final day tomorrow.

It may be the first-ever Six Invitational for this MIBR roster, and only its third-ever international event itself, but the team has certainly outdone analyst and fan expectations already.

Armed with nothing but self-confidence and their own ideas for how to play the game, the players have confirmed at worst a third place finish at this year's Invitational.

"If the Invitational ended today, I would (still) be very proud," said MIBR analyst Guilherme "Guille" Scalfi after their Upper Bracket game today. "They have been so tough, they have had so much heart and such a great mentality."

Before the event, he had been modest about MIBR's chances, saying that a top eight finish would make him "very proud".

His main fear had been the pressure that can mount against such internationally-inexperienced teams, identifying it as the "main enemy" the players would have to fight against.

Despite that, it seems like they have hardly felt the pressure in their run so far. In the playoffs, the in-form Oxygen Esports was taken down 2-0 (8-7, 7-5) after Team Liquid had been beaten by the exact same margin in the quarter-finals.

Today's Upper Bracket Final game had seen MIBR win the first map (7-5), before losing the second (4-7) and the third, which went down to the wire in overtime (7-8). But, despite the loss, the players are not downbeat.

"The last map, Clubhouse, [NiP] were 5-1 up, right? And (we) almost... almost pulled off  the comeback!" said Guille over a Discord call, revealing a much more positive atmosphere than some may have expected.

"I talked with them after this match and my players are totally [relaxed] and totally okay," he continued. "Our focus is (still) on the (overall) tournament. They are not mentally defeated."

Despite the weight of the occasion and the experience of all of their opponents relative to them, the MIBR players have been treating each game as nothing more than "just another game".

That has not been for lack of preparation, however, with Guille revealing that they had primarily prepared for the game by analysing the NiP performances at the Invitational so far.

"Our main objective was to... not give NiP any space to think," he explained. "If you push Psycho hard, you can gain a great advantage."

The strong mentality is also reflected in Guille's feelings towards the lack of infinite overtime in all games save for the Grand Final.

"Infinite OT will be a mess for production," he said, still able to focus on potential issues with tournament schedules despite the heartbreaking Round 15 loss to NiP. "Some games could go 12-12!"

"I really like the idea, the team that is more resilient would win, but I think that it's really bad for the event."

While that title of the more resilient team went to NiP today, the MIBR players were not far behind their compatriots at all, even opting to switch up its operator selection with a Tachanka pick in the last possible round on the decider map.

"Well, the idea was to deny the (site) execution of NiP," explained Guille. "We had Tachanka, we had Smoke, we had some C4s."

"But, I think the key part of this round was JULIO pushing up the metal stairs (and thus distracting Faallz, the Tachanka player). If Faallz could have used all the [molotovs], I think he would have been able to burn a lot of time... but, it's fine."

Now, MIBR has its sights set on making the most of its second chance to make it to the Grand Final. To do so, its players will have to face Team Liquid in the Lower Bracket Final first before getting a second crack at NiP, but this time in a Best-of-Five and with a map advantage to their opponents.

"So, our prep is like... I did four maps [that] NiP (plays) and Reduct, our IGL (In-Game Leader), did two or three maps, so the study of NiP is ready," he points out, with all this preparation having already been done prior to today's Upper Bracket Final.

As such, the team can entirely turn its focus towards Team Liquid, the team that they had sent to the Lower Bracket in the quarter-finals. 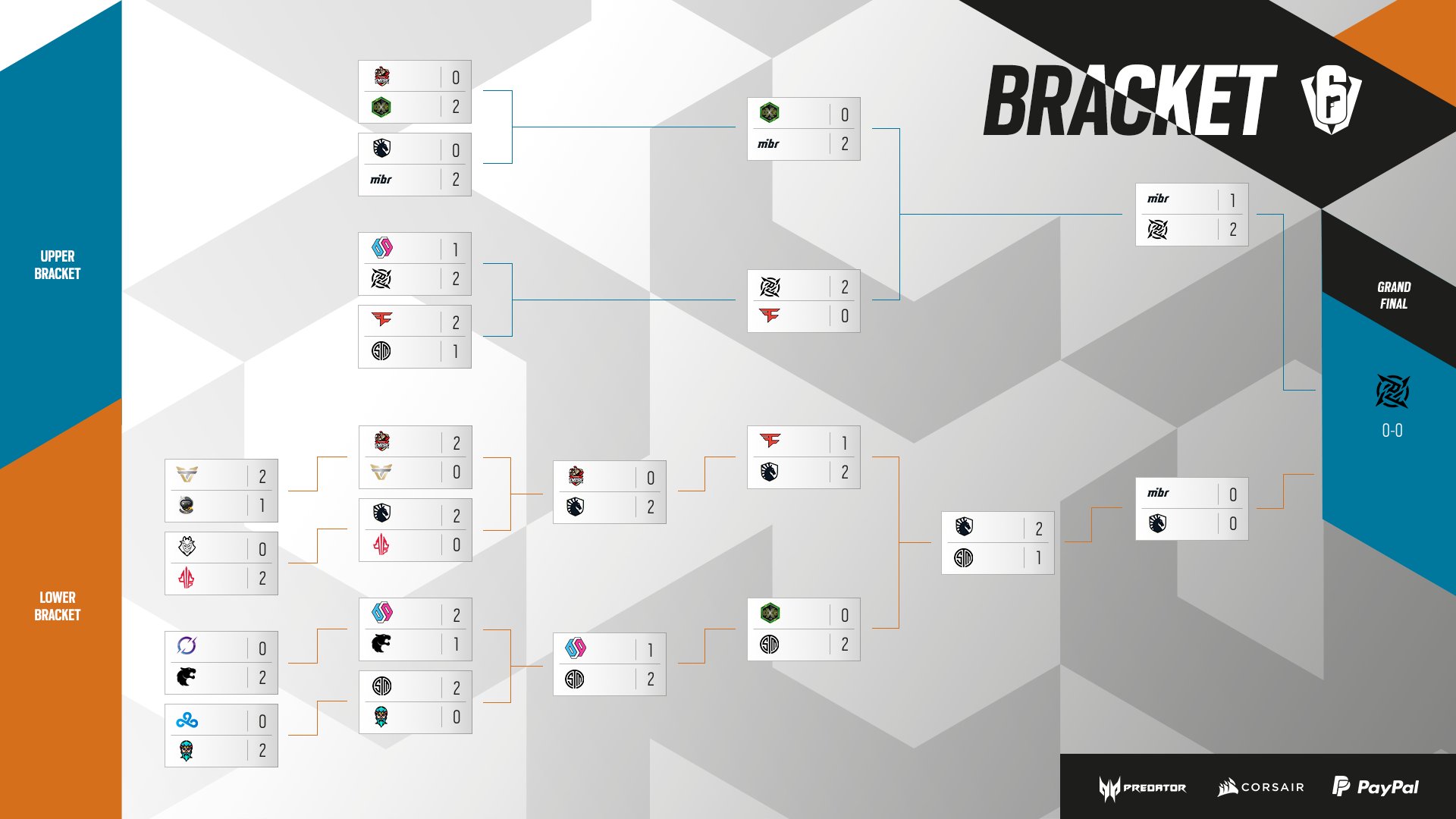 "Now, we will watch (the TSM-Liquid game) again. We will see the stats of the maps, how many wins, how many losses... that, I think, is the first step that we need to take," explained Guille.

"This (NiP vs MIBR) match is a classic here in LATAM," he continued, excited at the prospect of it featuring as the Grand Final as well. "I think the entire community looks to this match because they know that this is the classic (rivalry) here."

The Brazilian teams' performances have been beyond belief here at the Six Invitational, with the Caber now guaranteed to go to a Brazil for the first time ever, and MIBR has been no exception.

They thus gear up for potentially seven maps played back-to-back tomorrow, starting with Team Liquid in the Lower Bracket Final. Should they progress, they will once again play against NiP, who now lie waiting in the Best-of-Five Grand Final with a map advantage.