Ahead of the Six Invitational 2021, now confirmed from May 11 to 23 in Paris, SiegeGG caught up with TSM coach Pojoman.

The North American League (NAL) has had some teething issues since its launch, to say the least.

Planned for mid-2020 after the end of the Pro League format, it was set to be the crown jewel of competitive Siege across the world. But as grand the plans had been, COVID-19 set them back significantly.

As such, until the 2021 season began, naysayers had been pointing to its difficulties as a symptom of a dying competitive scene and castigating Ubisoft for a 'badly mismanaged' switch to the new format.

But with the LAN league finally underway -- albeit with nine teams instead of 10 -- Ubisoft was finally able to showcase what it had been building towards.

The players loved it and so did the fans, with LAN-based Siege being vastly superior to its online variant. One of the biggest advantages of LAN is that the peeker's advantage is minimised and sound propagation is better, with Niclas "Pengu" Mourtizen having considered LAN Siege "a completely different game".

The switch to LAN seemed to bring a large shakeup to the NAL standings, however. TSM, the reigning US Division champions, slid to fifth place at the end of Stage 1, behind Oxygen Esports (OxG), the Susquehanna Soniqs, Mirage, and Disrupt Gaming.

The results were somewhat surprising given TSM's 2020 success, which also stretched back to a third place finish at the Six Invitational 2020. While Owen "Pojoman" Mitura had transitioned back to a coaching role ahead of the 2020 NAL season, TSM had kept improving, thanks in large part to the signing of Braden "Chala" Davenport.

However, despite being fifth in Stage 1 in 2021, TSM was not too far from the lead. Just five points separated them and OxG, with TSM thus the second-best NAL team at the Invitational if one uses the current NAL standings as a metric.

Not only that, the TSM roster will be able to rely on all five of its players having Invitational-level experience, not something that every team can boast, especially when considering four of those five players finished third at the Invitational last year and that superstar Jason "Beaulo" Doty was rated third-highest at the event.

Furthermore, TSM, like other NAL teams has a clear and present advantage over every other region; it has played the entirety of Stage 1 in a Best-of-One (Bo1) format on LAN -- identical to the Invitational group stage.

With the group stage essentially acting like a highly compressed weekly league, the NAL teams should hardly skip a beat in Paris, and TSM is no exception. Five lethal players, alongside a highly experienced coach, and a calculating analyst should be enough to complete the package, especially since the NAL being on LAN helped TSM identify its shortcomings in the format.

Fifth in NAL they may be, but they will be gunning for first at the Invitational and may well be able to achieve it. To understand more, SiegeGG spoke to the man who ate a banana mid-match last year (and, less importantly, is the TSM coach), Pojoman.

Safe to say, this wasn't a level of performance you expected this stage. What went wrong and, at the same time, what went right?

Our communication and teamwork wasn't as clean as it was in the past and that can make a huge difference in a Best-of-One (Bo1), where every round can be the difference between first and fourth place in the standings.

I think by seeing this during the regular season, it was a good wake up call to make sure we fix it before the Invitational.

You're only five points from the lead, so there isn't that much of a difference from you and Oxygen, but it's clear that the teams in the NAL have become a lot closer in performance this year. Was this a surprise? What needs to be improved and how will it be worked upon in time for the Invitational for your team?

This didn't surprise me at all. With a Bo1 format and NA teams getting better and better every month, there are bound to be a ton of upsets. OxG being strong was a surprise to me, but they seem to have made a lot of progress with their existing players' play styles and have integrated the rookies well.

Our main goals before the Invitational were to improve our fundamental communication and overall teamwork and adaptability.

How much better is it to play your regular season on LAN as well? Do you think it also has been a contributor to the improvements seen by teams such as OxG, Soniqs, Disrupt, and Mirage? 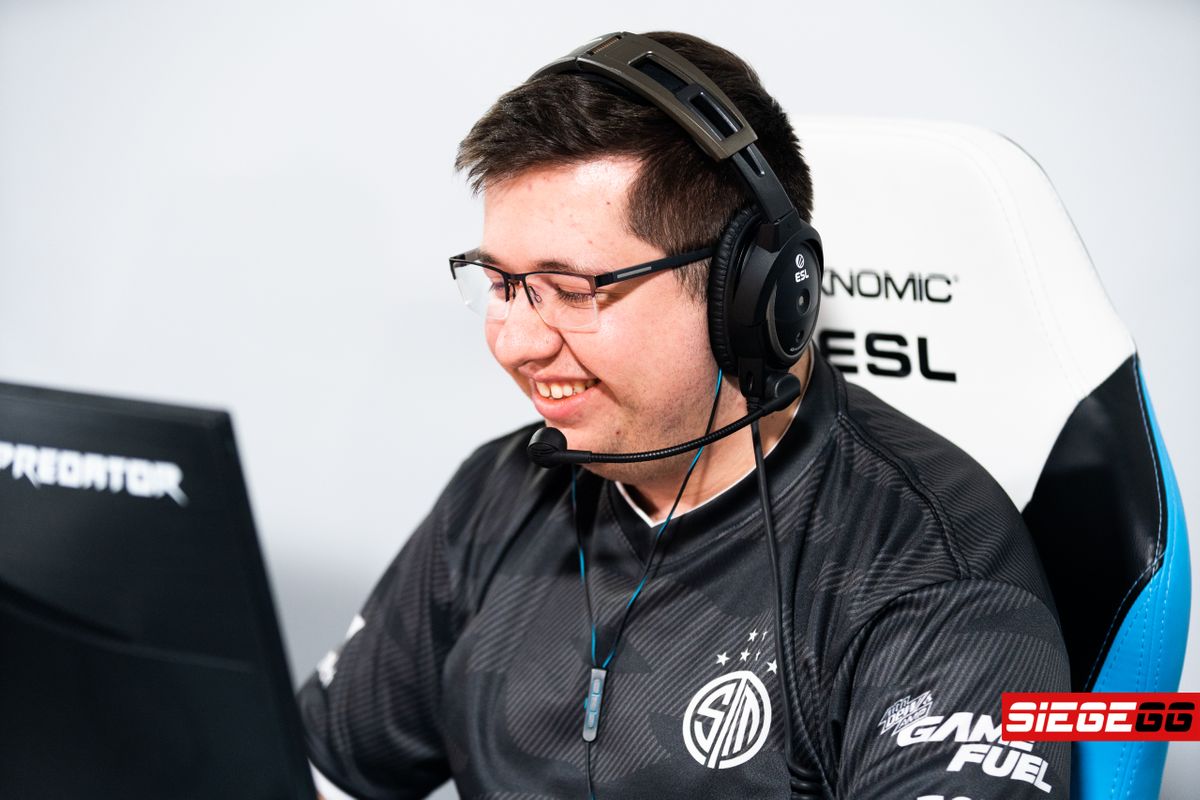 Playing the regular season on LAN is awesome, the game itself is so much more playable and you don't have to deal with online Siege bullshit.

I don't think the LAN environment really plays that much of a role in a team's improvement; these were all decent teams coming in and LAN just gets rid of all the bullshit you deal with online.

Your team went from US Division champions to fifth in Stage 1. What is your opinion on the changed format for the Invitational and how do you rate your chances in the group?

I think the Bo1 group format is fine since you still get to play a lot of maps in one day and teams don't have as much time to hard counter-strat.

The group, and ultimately the tournament, is going to come down to a lot more raw fundamentals. As long as we show up and play our game we will do well.

Our goal for the Invitational is to win the whole thing. Anyone who answers differently to this question is trolling.

Your team is one of the few to not have made roster changes since June. How important is chemistry, in your opinion?

Team chemistry is the majority of the game; if you don't have synergy and don't work off each other, you will fail, and that has been our biggest focus going into SI.

You, and many other teams, have not played Best-of-Three (Bo3) games in a while. How much of a difference is there between the two and how are you going to be planning to navigate it at SI?

NA has played more Bo3s than any other region as of late and we are still really comfortable playing them.

There is a pretty big difference between the two especially when you have to play multiple Bo3s and you get to actually influence the ban phase in a more meaningful way, as opposed to the Bo1 format just going back and forth banning until you get your comfort map .

Thank you to all the fans for supporting us through thick and thin, we hope to make you guys proud. All our competitors are cool-ass dudes, so all I have to say is GLHF.