After a week full of games in the LATAM region, the Copa Elite Six is now done. Keep on reading to find out everything that happened during the playoffs.

This week was undoubtedly a stressful one for various of the best teams in LATAM. The Copa Elite Six was packed with games, as we saw a total of 35 maps played in just 5 days.

At the end of the weekend, the Cavalaira Brasileira were crowned champions after completing two comebacks in the final day of the tournament.

What Happened Before The Playoffs?

With two groups of five teams each, the Copa Elite Six was fully dominated by the Brazilians. Ninjas in Pyjamas finished in first place in Group A after unexpectedly beating FaZe Clan on Villa. Meanwhile, Team Liquid managed the same in Group B, despite losing to Team oNe, after taking down MIBR on the fourth day of competition.

Although the Group Stage saw the Brazilian teams crushing their Mexican and South American neighbours, Atheris was the exception to the rule. The Snakes finished in third place of Group A after beating FURIA Esports, 7-5.

It is worth remembering that the Mexican roster boasts the knowledge and experience of Daniel “Novys” Novy and Lucca “MKing” Cesana, some of the most well-known personalities in Brazil due to their multiple appearances at international tournaments with MIBR.

At the bottom of both groups we had the South American representatives, Malvinas Gaming and 9z Team. The Argentinian rosters lost eight games across them and only won 13 rounds out of 56. Clearly, a performance to forget.

With five Brazilian rosters and a Mexican ‘intruder’, the teams were ready to rumble in the finals.

Golden proved to be a ‘luckier’ color than red, as Team oNe beat FaZe Clan in what was the first upset of the day. After a loss on Oregon, the first map, Team oNe made up for their first performance with two rock-solid performances on Coastline (7-4) and Chalet (7-2).

Facing his ex-organisation, Eduardo “KDS” Chiste was the best player of the game, as he ended with 36 kills under his name and a KPR of 1.13. 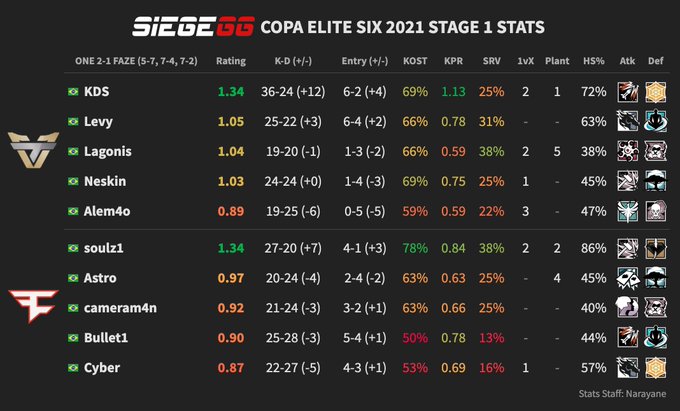 The following clash nearly saw an upset as well, as Atheris’ MKing and Novys also faced off against their old organisation. The struggles of MIBR started in the map vetoes, as they did not ban Villa, a risky decision considering that every Brazilian side had previously banned the Italian map against the Mexicans.

Atheris were given the chance to dream of a semi-finals appearance against Ninjas in Pyjamas for a brief moment, as they won Villa, 7-4. Nevertheless, MIBR woke the Mexicans up as they crushed their hopes with two quick wins on Clubhouse and Coastline. 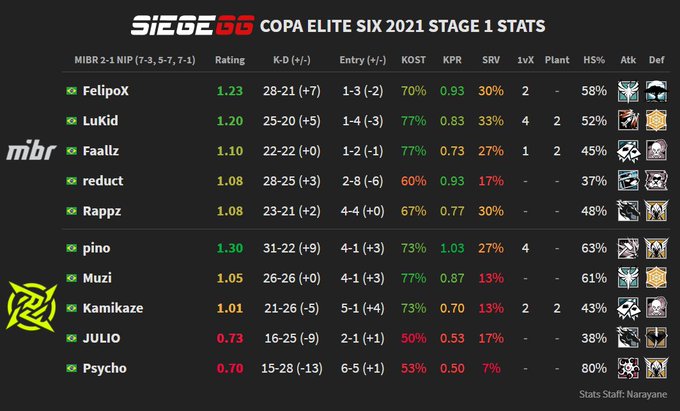 After a day off, the group leaders of Team Liquid and Ninjas in Pyjamas were back in action. The Ninjas were the first to appear, as they had to beat MIBR in order to progress to the Grand Final.

The series was decided on Consulate, after MIBR and NiP traded Chalet and Clubhouse, respectively. Led by Kaique “Faallz” Moreira and Luca “LuKid” Sereno, it was the MIBR show on Consulate, as they took a 5-1 lead in the first half.

Previously, the Ninjas had faced a very similar situation against FaZe Clan, winning the map after completing a comeback from the same scoreline. However, they could not repeat the result, as MIBR quickly closed out the game, 7-1.

Meanwhile, the Cavalaira Brasileira were the clear favorites to win the tournament after FaZe Clan were beaten by Team oNe. However, Liquid almost fell against the very same side.

And the word chosen is almost because not only did Team Liquid lose the very first map of the series, but they were also 6-2 down on the third map. Then, when everyone thought that Liquid were dead, the Season 7 Pro League winners took control of the map and made the game look easy. With 17 kills to his name in Chalet, André “nesk” Oliveira was Liquid’s hero, and was ready to go again in just an hour against MIBR. 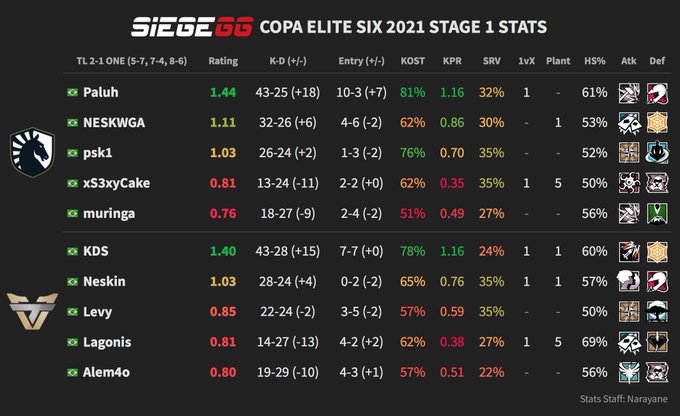 Prior to the Grand Final, every playoff game had seen all three maps play out and the final match of the competition would not be an exception.

The first map of the series was a very balanced one as the only difference was a successful MIBR attack in the very last round of the match. Just like against Team oNe, Team Liquid started the series with a loss on Oregon.

But their fortunes would once again change. Both Coastline and Consulate were close, though Liquid finally took control of the match on Coastline after swapping sides. Thanks to Nesk, they won four rounds in a row, as he added eight kills to his count in the last three rounds of the map.

As such, the winner was decided on Consulate. And this time, Paluh proved to be the hero. The Brazilian was having a very good game overall, but a clutch in Round 12 made the difference between Liquid and MIBR. With Mira, Paluh protected the defuser and bought his team enough time to resist MIBR’s attacks onto Tellers and finished as the top-rated player for the game. 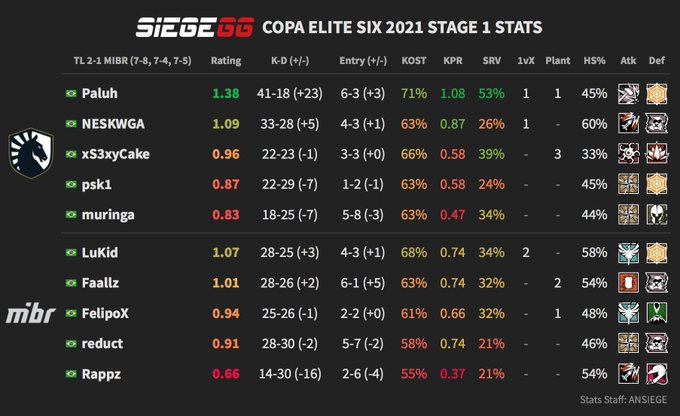 How does this affect the SI standings?

With these results we have Team Liquid in first place alongside other regional champions which include Natus Vincere (Europe), Oxygen Esports (North America), and Elevate (APAC).

The prize pool and Six Invitational points in LATAM arethus divided as follows.