The Oceanic Nationals came to an end last week as the Stage 1 champions were crowned.

The league portion of the Oceanic Nationals came to an end on April 12th after four weeks of play in which the top eight teams in the Oceanic scene fought to qualify for last weekend's $19k playoffs. Here's a quick rundown on the season as the Chiefs won their first title to date.

The four Oceanic teams from the APAC South league are joined by last years Oceanic National rosters of LFO, Rhythm, and Bliss (previously known as Ferox), as well as the newly qualified roster of ROFLCOPTER GG, who came up from the relegations:

While the APAC South teams are very familiar to all APAC fans, the OCN Playoffs were the first time we saw Nikoh in action under the ORDER organization as a player after he and ItBeStyle swapped roles due to ItBeStyle's career demands.

As for the other four teams, Bliss' roster saw Repix join to replace Sushi, with Sushi moving over to LFO. LFO themselves also added Jigsaw, while Rhythm kept just Novaix and Leb and picked up a number of up and coming players.

Finally, after winning their relegation battle, ROFLCOPTER picked up bouncin-ballz from Rhythm and Hotshot from Elevate to replace Deptra and R1gba. 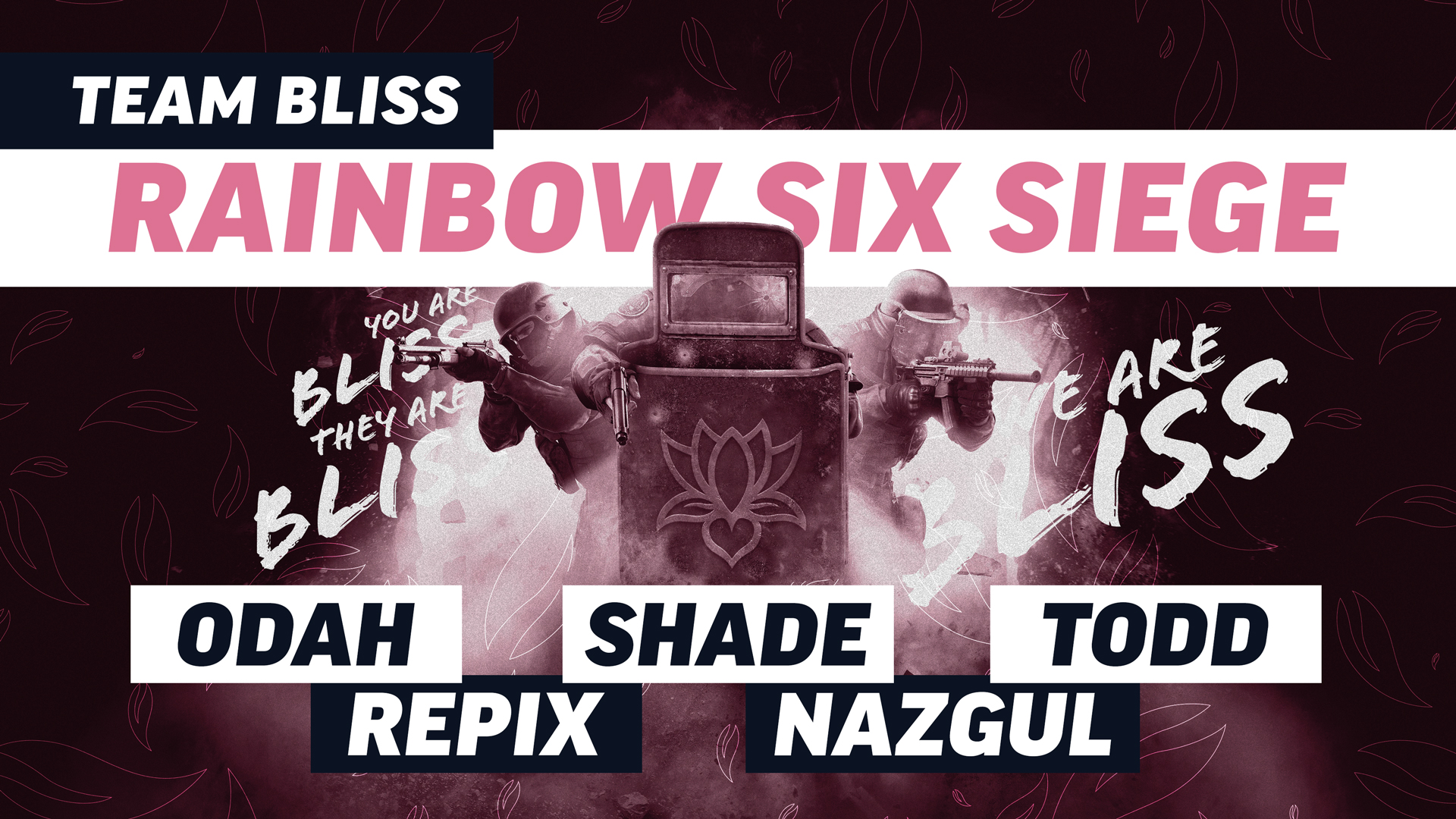 These teams competed in a single round-robin, best-of-one map league, which threw up a number of surprises.

The APAC South team who were expected to dominate the season fell short with Wildcard ending the season outside of a playoff spot in seventh, while ORDER just about qualified in fifth. On the other hand, Bliss, somewhat unsurprisingly, performed well while the qualifier roster of ROFLCOPTER GG beat both the Knights and ORDER to finish in fifth. 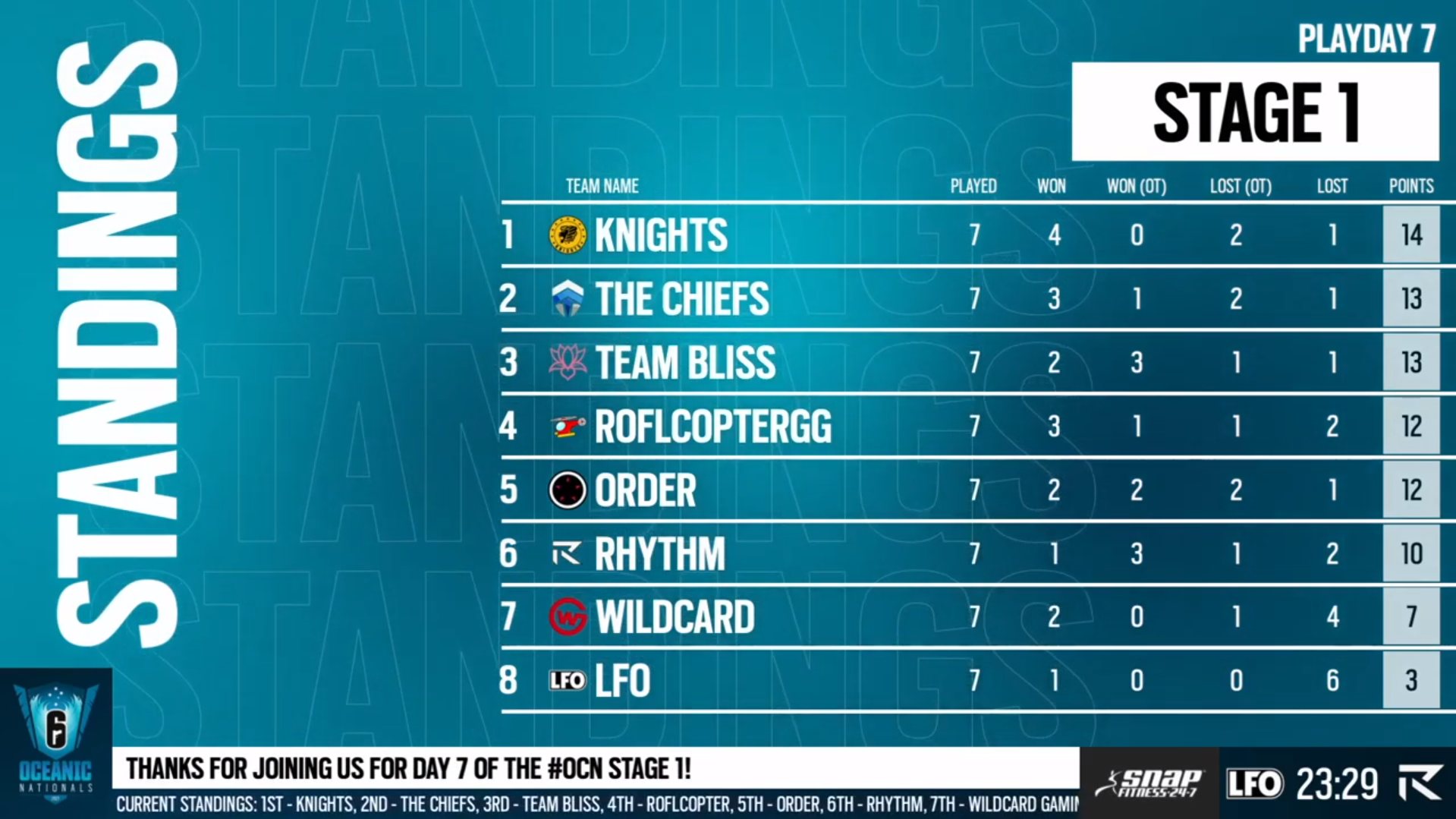 These results then saw the top five teams progress into a Gauntlet/Ladder bracket seen below to crown the Stage one OCE national champions: 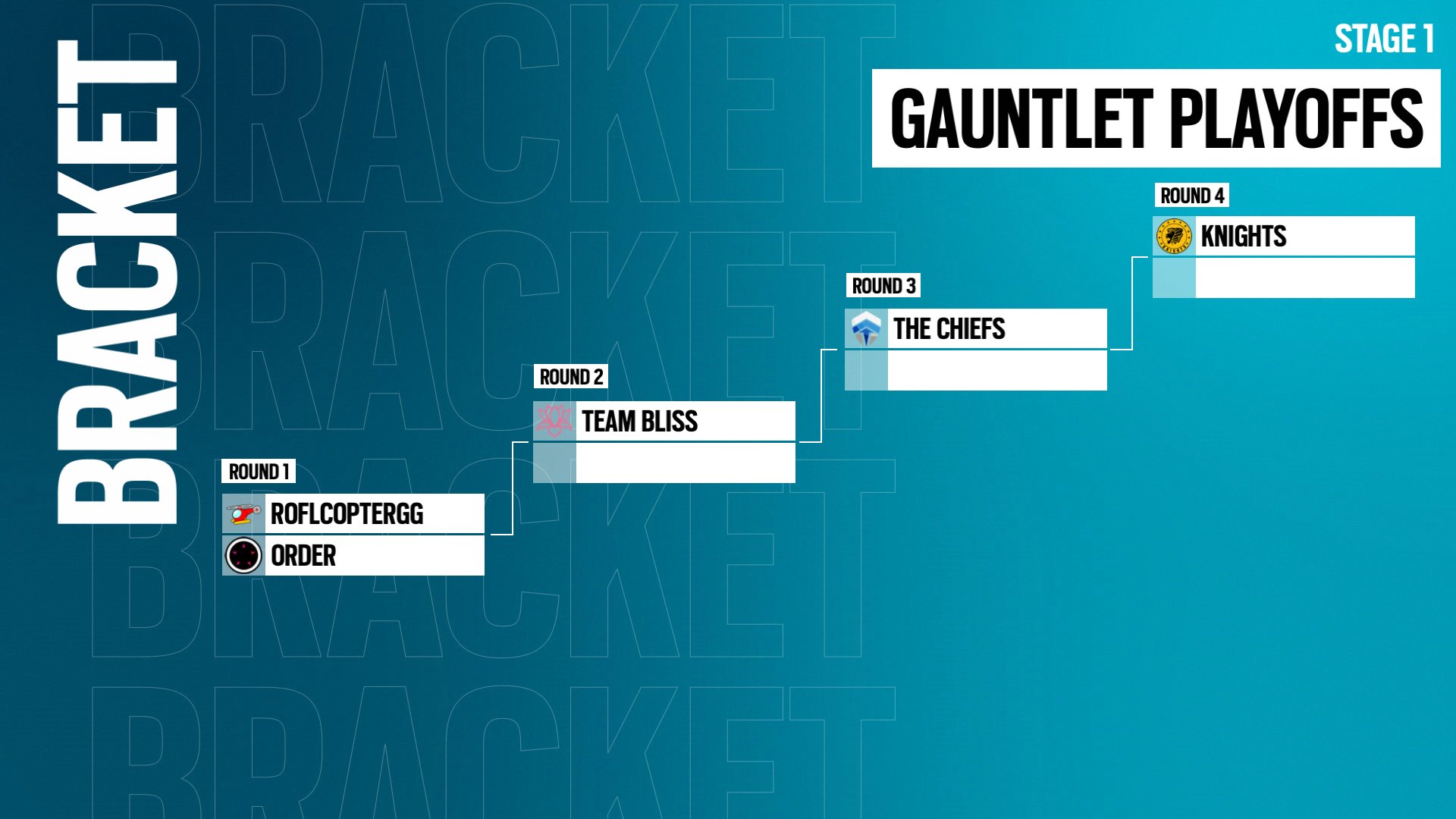 The playoffs, therefore, began with ROFLCOPTER playing against ORDER in Nikoh's first game back as a player.

While Nikoh excelled in this new role on both maps, achieving 27 kills to 19 deaths, ORDER were not able to best their opponents. On map one of Kafe, a 3-3 offensive half shifted to ROFLCOPTER's favor after Cutie's 1v2 attempt was stumped at the last second by Boydy, before the following round had bouncin-ballz win a 1v1 on time to take the map.

The next map of Consulate had ORDER take a 4-1 lead on their attacks which they pushed to 6-3 before ROFL win five rounds running to win the map in overtime.

With this win, ROFL then faced what seems to be their main challengers for the APAC South relegation spot, Team Bliss. Both of these teams were the top two teams during the 2020 OCN relegations, ended the OCN season with one point between them, and their head-to-head matchup was 8-6 in Bliss' favor likely making this a very tight matchup.

Despite this, ROFL initially went ahead on their own map pick of Clubhouse with an impressive 5-0 on defense led by Boydy. By Round 7, they were on map point, which they then secured 7-4 in an almost flawless attack onto the Armoury objective.

This was, however, their map pick, meaning the second was Bliss favored. Here, Bliss went ahead 4-2 in which a double kill from Odah on Smoke on Round 5 broke the back-and-forth before ROFL then tied up the scoreline as their half started.

From here the round trading started once again, all the way to Round 15. Despite it being Bliss' 'turn' to win the round, a triple kill from bouncin-ballz on Ash took the attack and the series for ROFL.

Moving on to Sunday, ROFLCOPTER looked prepared to keep their streak going with a game against the Chiefs Esports Club. Once again, on Kafe, ROFL took a short lead before the Chiefs kept them even all the way up to 4-4. At this point, the Chiefs put their shields up and shut down ROFL's attacks with ease to win three rounds running fairly quickly.

With ROFL's map pick won by Chiefs, the next map of Villa was going to be tough. Here, Chiefs took a fairly standard 4-2 defensive half, but then started to really struggle with time management.

This allowed ROFL to push the game to overtime, where they got defense first and won a tenuous 8-7 win to take the game to map three, Clubhouse.

After ROFL had played and led Club 5-0 on their defensive side the previous day, today saw the Chiefs win their defensive half in a 5-1 scoreline. At this point, there was no coming back with the map ending at an eventual 7-3 scoreline putting the Chiefs in the grand-final against the Knights.

And so finally, we had Chiefs vs Knights in the Bo5 grand final. With these teams finishing the APAC South league in second and third, they were the obvious favorites to reach this game, with Knights very slightly favored considering they had bested Chiefs by one and two rounds in the OCN and APAC South leagues respectively.

Knights showed their prowess on Coastline, as they led pretty much throughout despite the Chiefs achieving some impossibly high KOST scores, as a flawless Round 12 was both the first lead taken in the second half and the only difference Knights needed to take the map, 7-5.

From here though, things broke down for them, as Knights won the next three maps with ease. On Oregon, both GodLegion and Dgtl beat a 2.0 K/D, while Dino ended with zero kills.

Next, on Clubhouse, after winning 7-5 on the map during the regular season, Chiefs improved this to 7-2 this time while finally, the game ended on Chalet -- a repeat of their opening APAC South meeting which Knights won 7-4 -- which Chiefs swept 7-3.

With this, the Chiefs Esports Club were crowned Oceanic National champions for Stage 1 after making just a single roster change compared to 2020's fifth-place finish.

These eight teams will return for Stage 2 of the OCE Nationals in June when the APAC South League also kicks off. Before then, Knights and Chiefs will each play in the APAC Playoffs this weekend and Wildcard will play at the Six Invitational in May, should Australia's COVID-19 restrictions allow.

With the standings in mind, ROFLCOPTER GG earns 15 points from their third-place finish in Stage one compared to Bliss' 12. The team with the most points across the three stages between those two, Rhythm and LFO will qualify for the APAC South relegations at the end of the year.

Finally, LFO currently sits with just three points after they ended Stage 1 in last place. The team with the least amount of points across the three stages will face the Oceanic Challenger League victors -- a league Team Skyfire currently leads -- for a spot in OCN 2022. 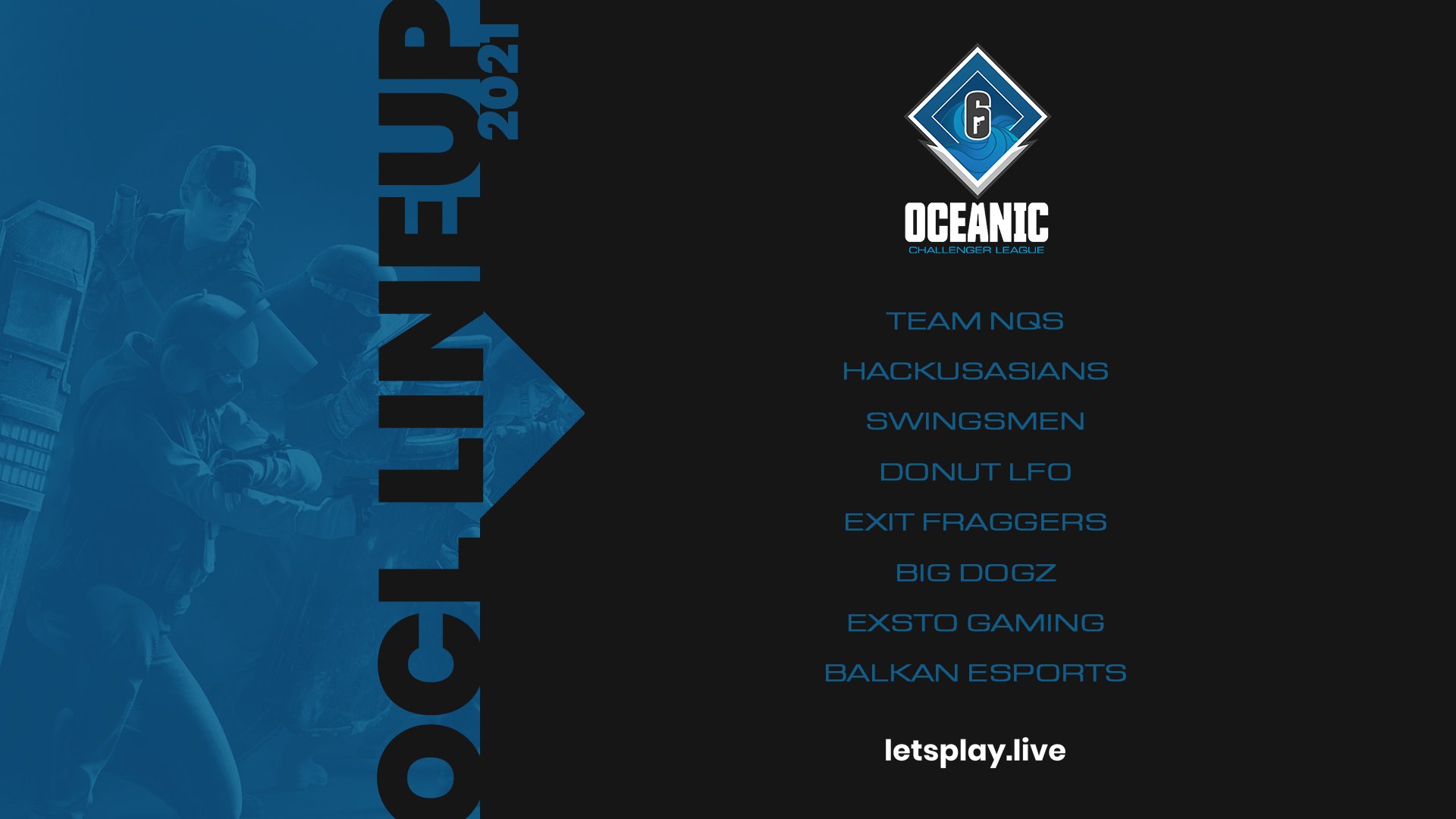 Be sure to catch the APAC Playoffs this weekend a Stage one ends in all four regions.