The opening playday of the PG Italian National league kicked off last week as the eight teams began their quest for the Challenger League spot.

The fifth PG National season started last Wednesday as all eight teams competed across four BO1 matches in the first of 14 playdays. Check out our pre-season guide on the teams, schedule, and format for a full roundup on what's going on in the league this season.

Kicking off the season saw the back-to-back reigning champions of MACKO face the new British roster of Outplayed who qualified for this league via the Promotion Tournament.

OP started their defensive half on Kafe fairly successfully winning the opening three rounds thanks to initial standout plays by YZN and then Demoniak, both of which were playing Aruni before Oscr on Goyo secured a 1v2 4k to take round three.

MACKO fought back with two 1v1s in a row from T3B and Keenan before YZN got another 4k on Aruni to end the half 4-2.

As MACKO went on defense, however, the game completely changed and OP fell apart. OP lost two rounds by the clock to tie the scoreline up before pushing ahead with an almost perfect round nine and a 1v1 by Keenan on Jager to put themselves onto match point.

Finally, MACKO closed out the game in another almost perfect round in which SirBoss achieved a triple kill to end the game 7-4.

Next up was a virtual slaughter by Mkers in one of the most dominant performances to date.

While they were the clear favorites, Mkers tore apart IGP on Club House with flawless wins on rounds one, three, four, and five and a massive nine kills across four consecutive rounds by Aqui on Ash.

In total in the 7-0 defeat, IGP secured just five kills, three of which came during their lone offensive round which Lollo countered with a triple kill of his own while the remaining two from rmx were both immediately traded out on rounds two and six. 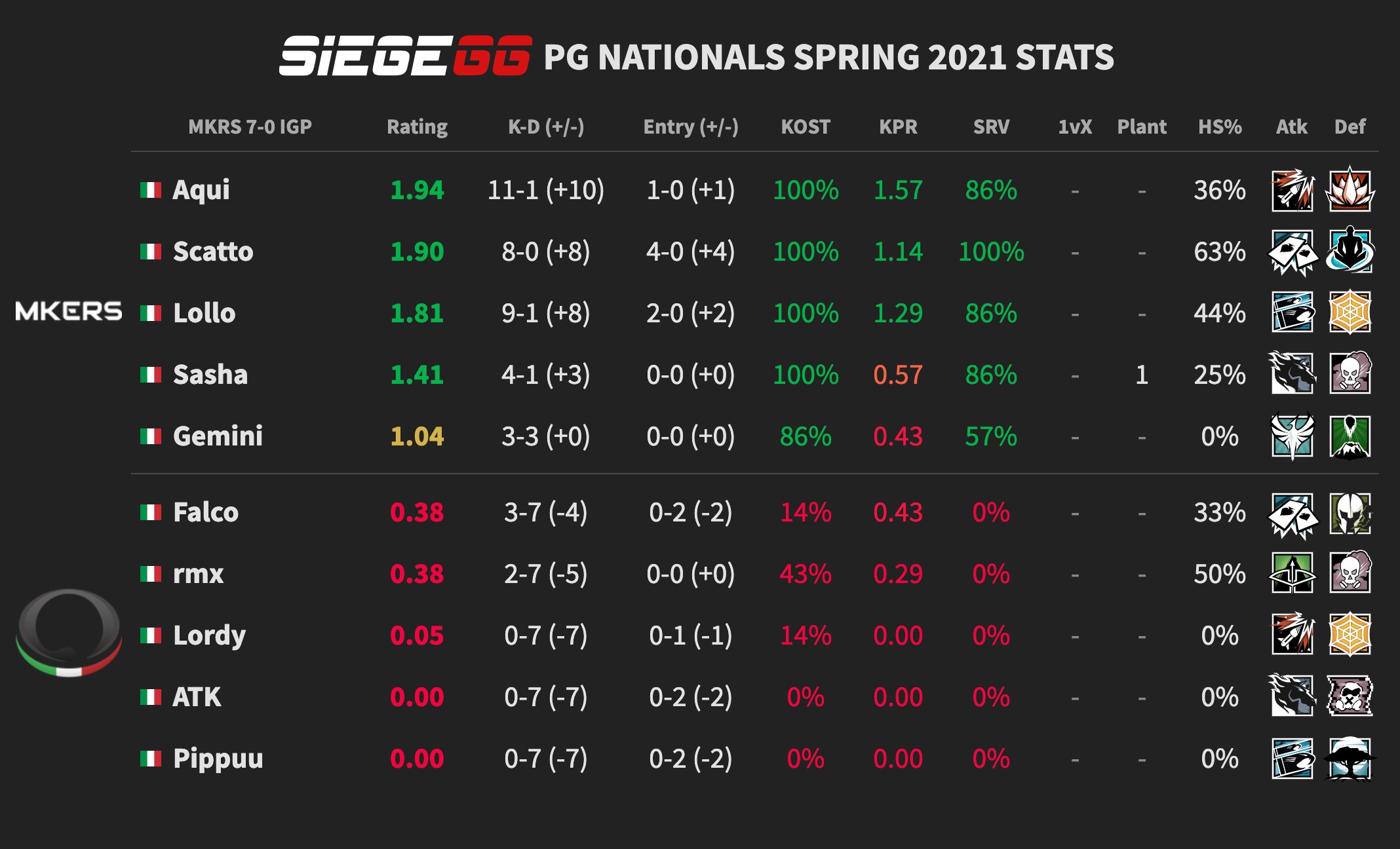 Last season's third-placed roster of the Notorious Legion came in as the clear favorites in this matchup, however, was forced to play with their substitute of NoAir instead of the NAL veteran of Sloppy who is out for a month due to an injury to his hand.

Despite this on Kafe Legion were more than capable as they went up an initial three rounds due to some slow attacks by Cyberground, and a quick triple kill by SurA on Jager in round two. A successful plant and hold by CGG led them to win one back before Legion just ran away with it with two more triple kills coming out from Kxhz and SurA.

By the half-time switch, Legion was up 5-1 and moving to the attack. Here they lost just three lives in the remaining two rounds as the match ended in a decisive 7-1 scoreline.

Finally, we have Totem vs Hmble on Oregon with Totem starting on the defense first. Unlike prior games, this one was somewhat even with the teams trading rounds back and forth throughout the first half.

These six rounds include a 1v1 3k clutch by Mowwwgli on Jager, further triple kills by wuK and Ayzenn, and a remarkable 1v3 4k by carzi on Iana as a number of players showed their fragging abilities.

The action continued as Hmble moved to the defense with Apexx clutching a 1v1 on round seven and securing triple and quad kills on rounds eight and ten. The lone round Totem managed to win was also the only round Apexx was felled this half as Hmble took match point and then ended it at 7-4 with a successful defense of the Kids Dorms site.

And so with these results, this week's top players were pretty much all from Mkers as their players of Aqui, Scatto, and Lollo secured 28 kills to just two deaths -- one of which was due to a team kill -- combined in a pretty unprecedented performance.

Also of note is Apexx from Hmble and SurA from Notorious Legion who achieved ratings of 1.81 and 1.70 respectively. Finally, carzi from Hmble won week one's official "Best Kill" with the following 1v3 victory: