This week sees the kick-off of the fifth PG Italian National season as Mkers aims to regain the long held title MACKO has won over the last two seasons.

The latest Italian Nationals season sees eight teams play Best-of-One matches every Wednesday as part of a double round-robin format league. With the league kicking off tomorrow, here's everything you need to know for the season:

The top six teams during the prior Winter season teams join two newly qualified rosters to compete this season as an increasing number of non-Italian players take up spots in the league.

After losing their first national title in four years last July, Mkers opted to completely change their roster by picking up the ex-GoSkilla lineup ahead of last season, with the newly turned 18-year-old player of Lollo joining a few months later.

While they failed to win the PG Nationals once again during the 2020 Spring split, as they were playing with their coach of Torok subbed-in for Lollo, the team did manage to shock the whole of Europe during the Six Invitational qualifiers by beating Rogue, Chaos, Na'Vi, and Tempra to qualify for the upcoming Six Invitational.

Now, with the only remaining holdover from the old-Mkers lineup in Torok exiting the team fully and replaced by the new coach of Ablanz, this team will be hoping to now gain their first title to date and to regain the title Mkers lost a year ago.

While Mkers shocked Europe, it was been MACKO that won the last two Italian titles and represented the nation during the 2020 Challenger League season.

Here, after narrowly escaping their group during the Challenger League season, they then exited in the quarter-finals due to a three-map defeat against MnM Gaming to finish right in the middle of the standings for 2020.

As with Mkers, the roster now remains unchanged from last year as they hope to repeat their success once again to take their third national title and get a second shot at the European League this year.

While Notorious Legion remains a French lineup, the roster is largely changed despite finishing in an impressive third place last season.

The two players of Kxhz and Otgaz return this year joined by the ex-Tempo Storm and Mkers player of Sloppy, Otgaz's ex-teammate from Epsilon of SurA, and the ex-GoSkilla player of Darkwin to form a four-fifths French roster.

Considering the experience brought in from the NAL and CL thanks to Sloppy and Darkwin, this is likely a big improvement for the roster. With how well they did last year this could make them a much more serious contender to the title, however, we have yet to see the team in action.

After finishing last year's league season in fourth despite qualifying for the nationals that season via the relegations, Hmble has opted to keep the Italian core lineup of cmarcor, carzi, and wuK but replace their British and Bulgarian members with the French ex-Notorious Legion player of Nyfuun and the British ex-Mkers Academy player of Apexx.

With Hmble losing in close 7-5 scorelines to Mkers, MACKO, and Legion last season, it'll be interesting to see just how well these new additions do to the team and how far they can push them up the table.

Only ATK remains from the Winter Season lineup as IGP has picked up a number of relatively unknown players to fill out their lineup. As IGP only narrowly avoided the relegation zone last season thanks to a last-minute win over the Mad Wizards, this is likely a gamble they hope will pay off as the new players will be able to make a name for themselves in the new roster. 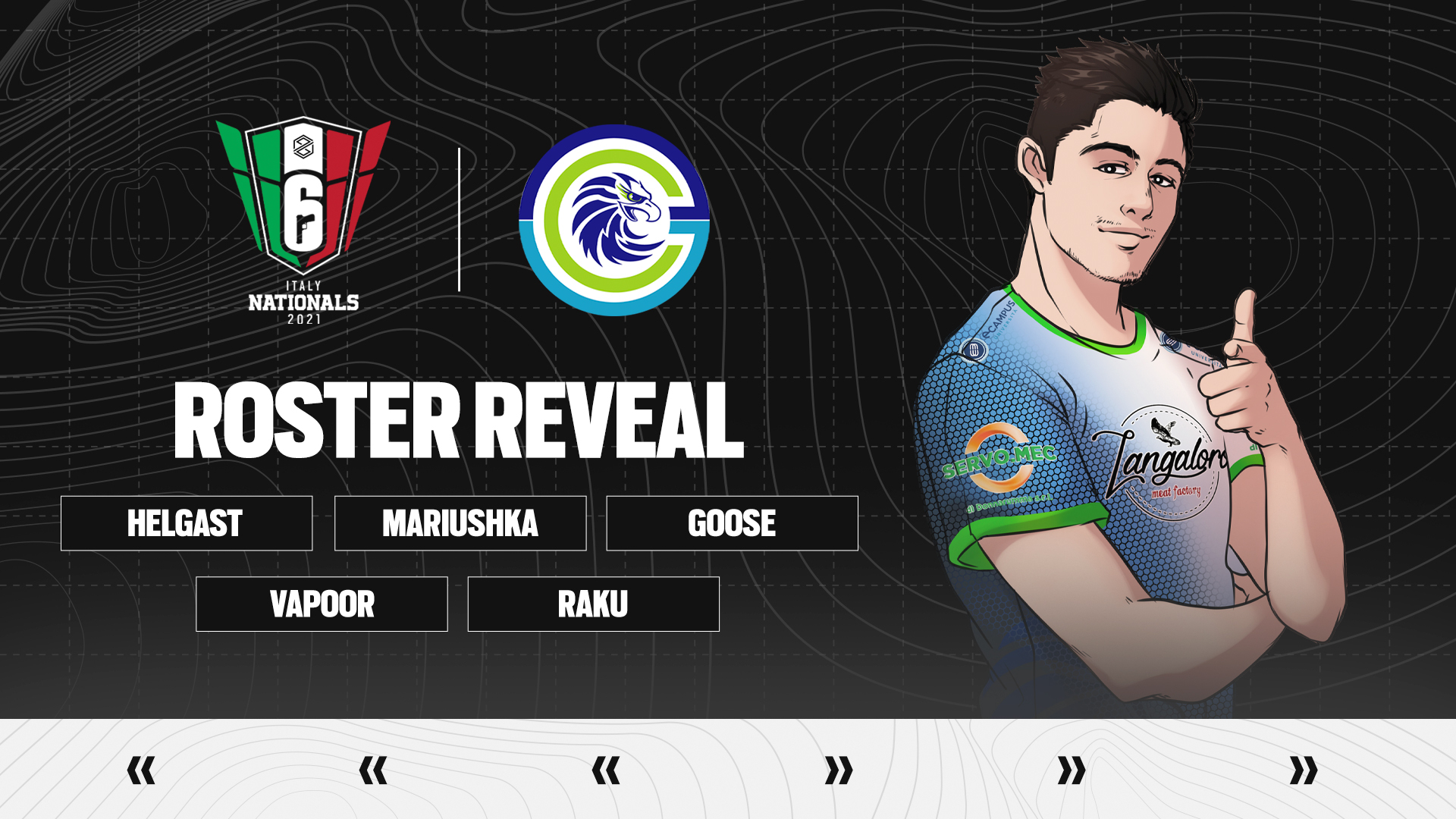 Four members of the old-CGG roster have been dropped while flusha moves to a staff role as the org signs the Promotion Tournament team of PORCHETTA E BIRRA 3.0 with Goose replacing Gary.

This change means CGG is re-signing their old members of Vapoor and Helgast who placed with them during the Summer 2020 season, while the trio of Goose, Helgast, and flusha reforms the core roster of EMME GAMING over two years after they qualified for the ESL Italia tournament way back in 2018.

While this roster, therefore, has a lot of history, the roster did fail to make it to the Promotion Tournament playoffs, the winners of which progressed onto the PGN Relegation games. This is as they lost to both Outplayed and Totem, both of whom made it all the way to the league also

As mentioned previously, Outplayed joins this season straight from the open qualifiers and Promotion Tournament after besting both Totem and the ex-CGG roster in the relegations.

The lineup which includes three Brits, a Swede, a Frenchman, and a Hungarian, most notably includes last year's CL player of Oscr from Granit Gaming, the ex-GODSENT player of TreikO, who played in last year's Nordic Championship, and YZN who competed on GSK last season.

Considering the team has already defeated two of their league opponents, they'll be hoping for at least a mid-season finish in their debut season together.

Finally, we have the French lineup of Totem which also qualified via the relegations.

The roster includes the core of SleepY Gang which competed during last year's 6 French Challengers and CCS Leagues but, after failing to qualify for the 6 French League itself, has now moved to the Italian nationals thanks to their Italian organization.

As well as the new organisation, they have also picked up a number of new players including the CCS Season 5 champion of Mowwwgli and the ex-Playing Ducks player of Gamma who replace EiZ and Meloo.

While they will next be seen in the PGN, they will also be competing this weekend in the 6 Open Cup against a number of other French opponents including BDS, TrainHard, ex-PENTA, their PGN counterparts of Notorious Legion, and the Mad Wizards lineup they defeated during the PGN relegations.

With both a PGN debut and a quarter-final match on Friday against the ex-PENTA lineup -- which now includes their two ex-members of EiZ and Meloo -- this is a very important week for the team.

These eight teams now mean that just 22 out of the 40 starting players in the Italian nationals are actually Italian, with three out of eight teams not having a core-Italian lineup. As well as this, the two relegation teams which failed to make it in ex-CGG and Mad Wizards were also non-Italian with fully French lineups.

While a number of other nationals also have a significant number of non-local players, the sheer number of them in the PG Nationals is unprecedented as the French scene has seen the Italian league as an easier alternative to their own nationals.

This has somewhat backfired for teams such as Mad Wizards who, after dropping their Italian roster for an all-French one which included the ex-Pro League players of Liven, Alive, and Aherys, were first rounded in the relegations and failed to even qualify for the PGN.

The PG Italian Nationals start on Wednesday with four best-of-one map matches every week for 14 weeks, with a short break for the Six Invitational.

Following the double round-robin league, the top six teams continue onto the playoffs in which the top two teams progress straight to the semi-finals. No date has been announced for this playoff, however, it is likely to be the first weekend in July (the 3-4th).

The league will be scored in the same way as all the pro-tier tournaments, with three points for a win full win, zero for a full loss, two for an overtime win, and just one for an overtime loss.

The games will be broadcast on the Rainbow6IT Twitch channel with the play days and highlights then posted on the Rainbow Six Italia YouTube channel. 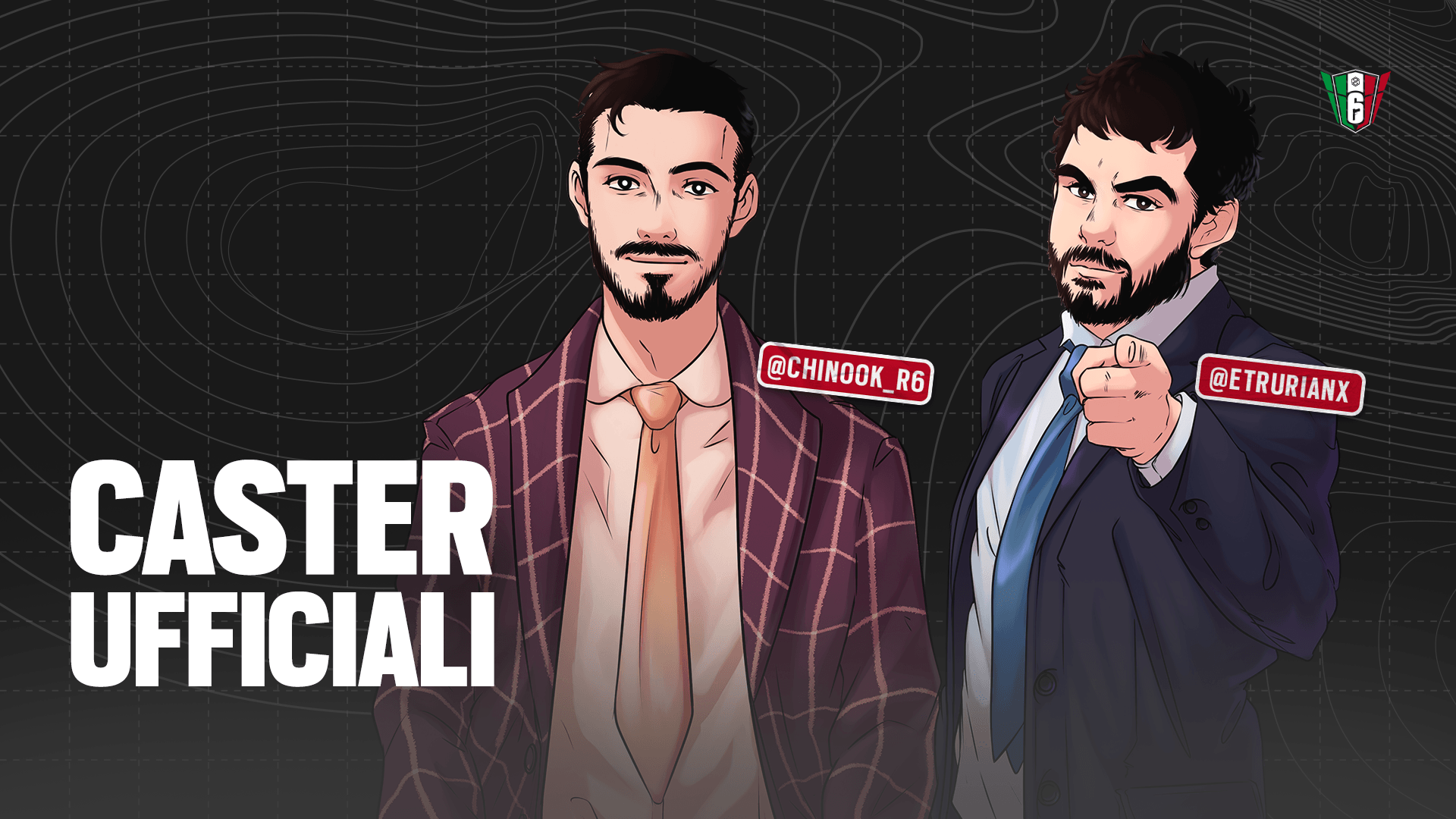 Unlike the other nationals around Europe, this upcoming Spring season will not offer a Challenger League spot itself. Instead, each team's standings across the Winter 2020 and Spring 2021 Splits will be combined and the top six teams will compete in a separate Finals for the CL spot.

At the moment based on the Winter 2020 finishes, this is how the teams currently stand:

The top six teams by points will then play in a double-elimination BO3 map bracket in July to determine who gets the Challenger League spot. This format which mimics how the Korean Open determines who will play in the APAC North relegations is by far the fairest way to determine who earns this spot compared to the other European Nationals.

As well as this, this adds an extra weekend of the top Italian teams in action and, considering the Nordic Championship has a planned LAN Final in August, could see the first LAN game for the Italian scene since December 2019.

Keep an eye out for full coverage of the upcoming PG National season including stats, results, predictions, and news coverage right here at SiegeGG.