Here's a look at all the details for the upcoming Benelux League season taking place over the next few months.

The Benelux League sees the top teams in the nations of Belgium, the Netherlands and Luxembourg compete to become the Benelux champions; a title the ex-Challenger League team of GAMMA GAMING currently holds, with four titles won out of the five seasons so far. Now, as another Challenger League spot is on the line this season, here's everything you need to know for the upcoming season:

The games will kick off tonight, with four best-of-ones every Wednesday for the next 14 weeks, with a month break during the Six Invitational. The games start at 19:00 CEST each day on the rainbow6bnl Twitch channel.

The regular season, therefore, finishes on July 21st, with the top six teams progressing to the online Finals on August 7-8th. These Finals will be a simple single-elimination bracket in which the first and second seeds progress straight to the semi-finals:

The eight teams playing this season include four teams that come from the BNL Cup and four new qualified rosters:

The stars of this league are the four times ex-Challenger League qualified lineup of GAMMA GAMING which narrowly missed out on a shot at the European League twice during 2020. Since last season, the ex-BDS, Na'Vi, and Vitality player of Panix has retired from competitive Rainbow Six and will temporarily be replaced by the team's analyst of Phenomene.

Coming in close behind GAMMA is Game Fist, who took them to three maps during the Benelux Cup grand-final, but now sees two new members in Smurfje and Cybrr joining the team.

Other than these two, the remaining rosters range from fresh teams, to the top-tier of R6 in the Benelux region. However, they include a number of well-known names.

The ex-Sector One roster which won last year's BNL Challenger League spot now sees its members on the teams of KV, Game Fist, and 4 Elements, while the Season 5 semi-finalists of Deox now compete on Game Fist.

As well as a number of new players, new organisations have flooded the league, including KV Mechelen Esports, the esports division of the KVM Football club which currently plays in the Belgian Pro League, and the Red Falcons organisation, which only progressed this far thanks to the disqualification of third-placed BNL Cup finishers Passion during the open qualifiers as they failed to provide the correct paperwork to Ubisoft. 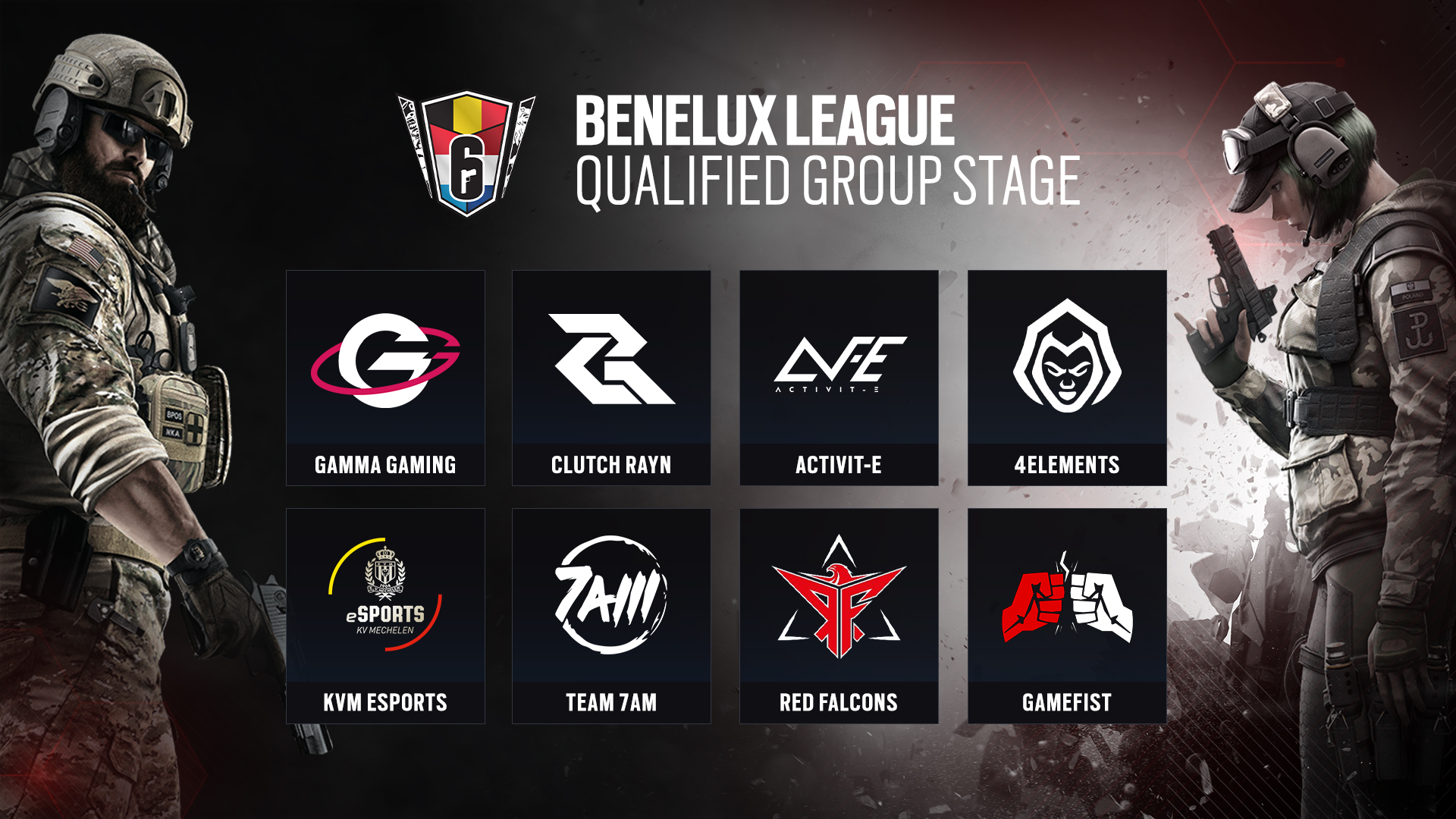 The net prize pool for the league is €15,000 with the following breakdown:

Previous season winners of the Benelux League include:

As well as this, both the 2019 DreamHack Rotterdam and the recent Benelux Cup were also both won by the GAMMA GAMING core roster, showing how dominant they have been and just why they are the favorites to win back their Challenger League spot for the 2021 Season.

The games will be cast exclusively in Dutch and likely by the usual casters of Stijn "Hap" Hapers, Thiadrik "Toldersma" Oldersma, Anthony "Anthox" Kremer, and Anne "FastAnne" Janssen, with Stephan "Easy" Kemink observing.

As well as this, every Tuesday will see the English language Coffee Time podcast hosted by Toldersma and Fraser "Fraser" Johnstone. Episode 1 yesterday saw the duo discuss the new teams and what to expect in tonight's games. 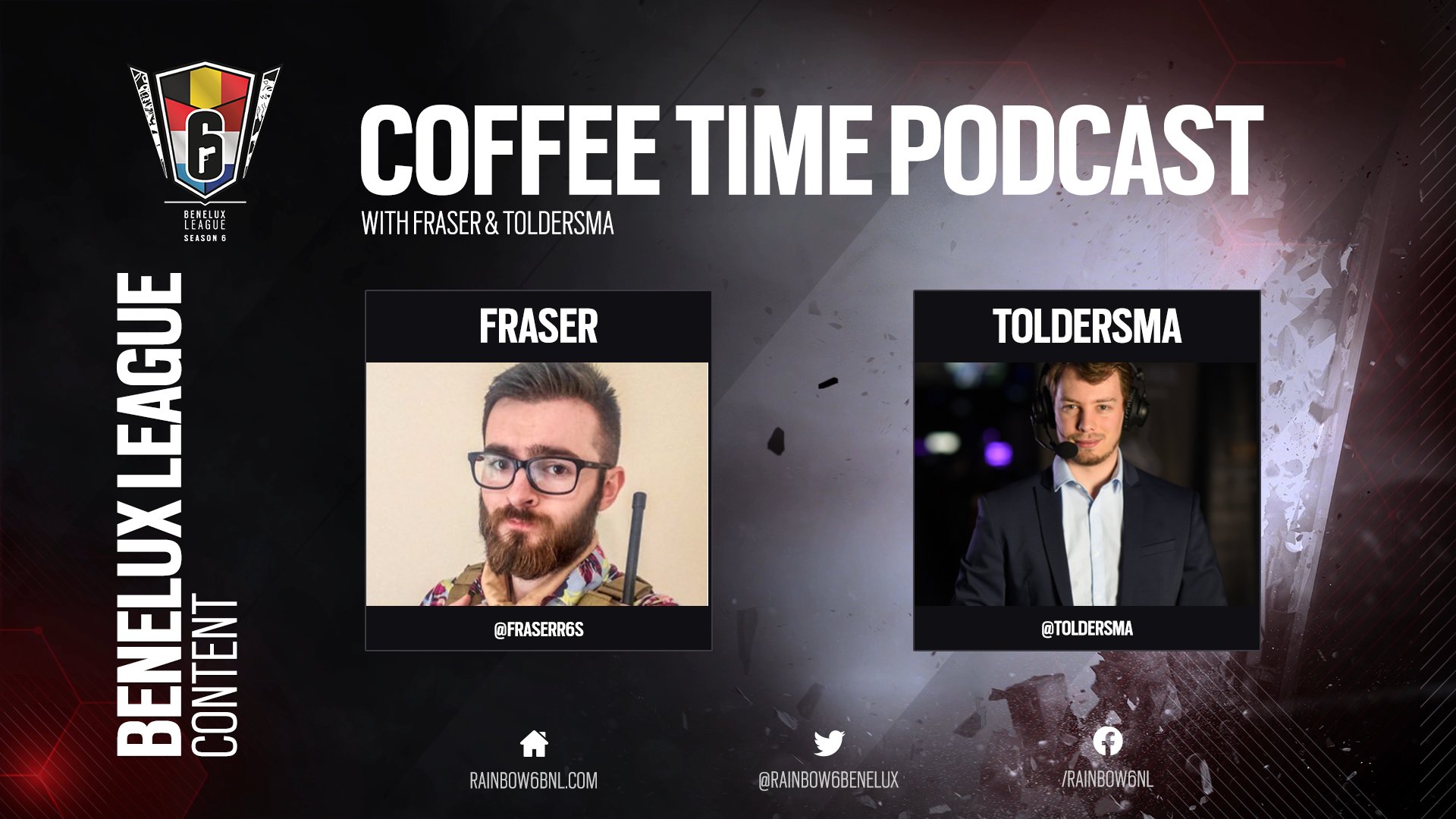 As the season progresses keep an eye out here at SiegeGG for results, and news coverage as usual, and test your knowledge by predicting the results on the newly released SiegeGG Predictions page.