Next weekend will see the busiest week of action this stage, with added pro play days and the kick-off of four national tournaments.

With five new national leagues kicking off and the pro-circuit getting into full swing, the following week will be the most action-packed to date. Here's a rundown on everything we have to look forward to over the next seven days:

This coming week will see a "super-week" take place, with an added EUL, NAL, and APAC play day to create the following schedule:

As well as this, Mexico, South America, and South Asia will all have their usual play days.

The following two weeks after this will also have added games, but not as many as this week's, with the EU, NA, and APAC Leagues all coming to a close in two weeks' time, while the Elite Six LATAM Playoffs take place the week afterward.

The biggest games over this next week are as follows: 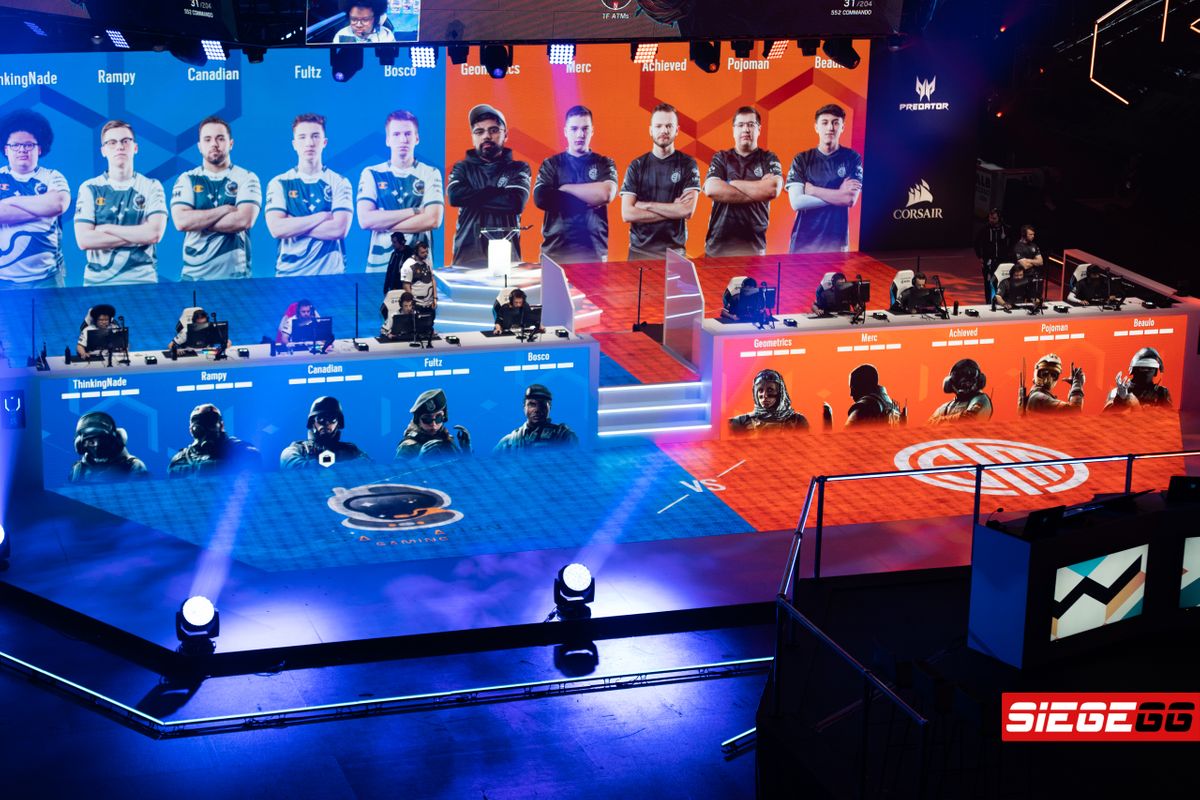 As well as these pro-tier games, next weekend will also see the €20,000 6 Open Cup French tournament, which stars BDS, TrainHard, and the ex-PENTA roster of Orgless.

This runs completely separate to the 6 French League and has had qualifiers for it run over the last two weeks.

The tournament is a simple single-elimination bracket, with the quarter-finals on Friday, semis on Saturday, and the grand final on Sunday. In the past, this tournament has been a LAN event but will be completely online this year for obvious reasons.

On Friday the GSA Nationals -- the national league for Germany, Switzerland, and Austria -- will kick off its 2021 season as eight teams play weekly for the €40,000 prize pool and a Challenger League spot.

The league will continue weekly in a double round-robin format before a double-elimination final in September, which will likely be online.

Yet another national league will start on Wednesday in the Benelux League for the Belgian, Dutch, and Luxembourgish teams, as a third Challenger League spot is on the line, which GAMMA GAMING will be eager to get:

The league will run till the weekend of August 8th, when the Finals will end.

This Wednesday sees the first-round game, next week has the quarter-finals, and the week after that, the 20-21st, has the semi and grand-finals. Mav3ricks eSports is currently leading Season 3 of the Spain Nationals without a loss, making them the favorites for this tournament.

Alongside the BNL League, the Italian National league will also start this week on Wednesday, with another Challenger League spot on offer. While this league copies the GSA format with a double-round robin league, the CL spot will be assigned differently, with the final standings giving each team points.

The top six teams by PGN points across both this Spring and the prior Winter season will play in a playoff tournament for the spot. This forces teams to be more consistent over the year and means every PGN Season matters; not just this one.

The SI-qualified roster of Mkers will be the favorites here after they lost last season's grand-final against MACKO with their coach of Torok subbed in.

There is also a number of ongoing tournaments, which will have play days this week:

Week 2 of the North American Challenger League will take place on Saturday and Sunday, with Slaughter House vs Parabellum being the match to watch as two of the CL favorites face-off.

Play days on Tuesday, Friday, and Saturday mean we'll see a lot of all-Russian games. Currently, Empire, V.p, REIMEI Esports, and 43rti are all tied with three wins and one loss, with REIMEI set to face V.p on Tuesday.

With play days every Wednesday, next week will see Day 3 of 14 of the Nordic national league. This includes a matchup against the third and fourth-placed teams of Riddle and High Coast, two teams that hail from the Czech Republic and Hungary, respectively, as they aim to join Chaos Esports Club in the Challenger League.

Leaving Europe, the OCE national league had play days, both earlier today and on Sunday, with Elevate vs ORDER being the week's standout game. Also of note is Team Bliss (ex-Ferox) who sits tied at the top of the table and plays fourth-placed Wildcard Gaming, as they hope to join the APAC South league next year.

The Japanese nationals have two of the top games of the season on Sunday, as the two APAC North teams of FAV and CAG meet, followed by a match between GUTS and the second-placed Sengoku Gaming roster. 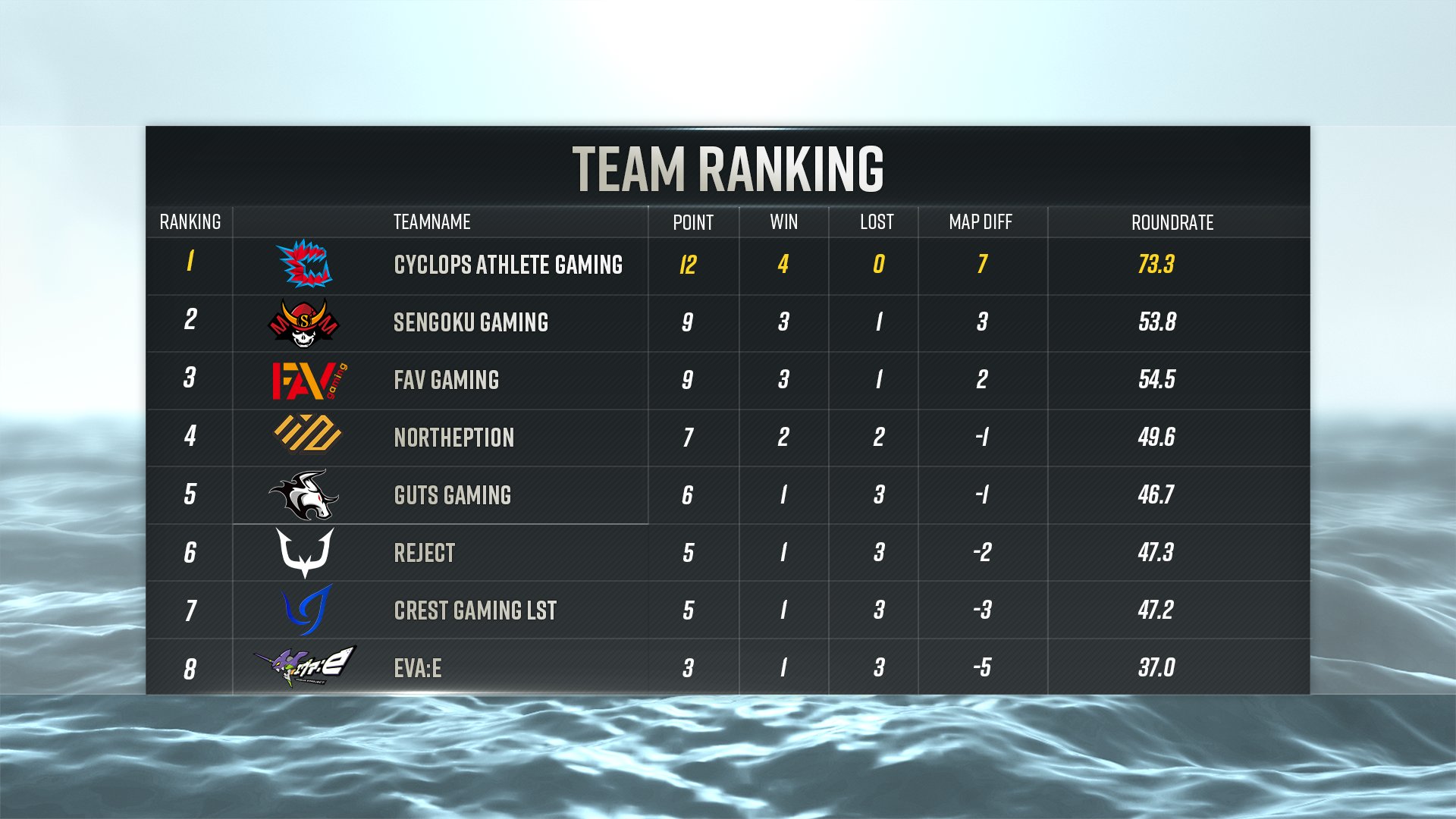 In Korea, meanwhile, this morning saw a rematch between T1 and DWG KIA, which DWG won 7-2 while Saturday and Sunday will each see all four Korean teams in action, as the league comes to its close before the following playoffs.

Finally, in LATAM, all Tier 2 and 3 teams in each sub-region will be taking part in Week 3 of the first Liga Six Cup. The top 12 teams in the Liga Six Cup will qualify for the Brazilian Cup, alongside the 7-10th placed BR6 lineups.

In Brazil, the prior two weeklies were won by SuperNova Team and the ex-Santos roster and will see both Black Dragons Academy and Team oNe Academy take part this week.

This all adds up to be one of the busiest weeks of R6 action to date and easily the busiest of this stage, as NA, EU, and APAC has super-weeks, four national leagues kick-off, NACL gets into the swing of it, and another French champion is crowned.

Check back here next week for the results and stats of a lot of these tournaments and be sure to lock in your game predictions on the newly launched SiegeGG Predictions tab.