Oceanic Nationals Playoffs — Everything You Need to Know

As the Oceanic National season comes to a close, he's a look at the tournament's finale this weekend.

The Oceanic sub-regional tournament for stage two comes to a close this weekend, as the top six teams from the ongoing season competed in a double-elimination bracket to determine who the stage two victors are and who will qualify for the upcoming Regional Major.

The Season so Far

The eight teams invited to this season were the same eight which played in the 2020 Six Masters earlier this year. There was, however, two organization changes -- Kanga moved to Rhythm and SiNister joined Noble -- as well as a slew of roster changes from every other team except for LFO to form the following lineups:

The season saw a round-robin tournament take place every Wednesday and Friday starting on September 16th. As soon as it started we saw a quick upset with Noble defeating the regional champions of Wildcard Gaming on Kafe on a 8-7 scoreline, thanks to the standout performance of Fishoguy.

The following week saw WC struggle again against the lowest-seeded team of Rhythm, signaling that we could be seeing a close season. However, with a few games practice with their newest pickup of Vincere they got back to their winning ways defeating both Elevate and the Knights 7-2 to finish in first place.

Below Wildcard there was a close four-way battle for second between the Knights, Ōkami, Elevate, and Noble with the victor receiving a game advantage in the playoffs. This came to a head on the final two play days, as second-placed Knights lost to third-placed Ōkami creating a three-way tie between them and Noble. Despite this blunder, losses by Ōkami to WC and Noble to Elevate allowed Knights to regain second place by three points.

Finally, the fight for the sixth and final playoff spot between Ferox and LFO ended on the final game of the season as these two teams met up and LFO took the victory 7-5. This pushed LFO to be joined on points with Ferox and ahead on tiebreaker due to the head-to-head wins.

And so the top six teams progress onto the sub-regional playoffs while Ferox and Rhythm must play in a relegation match to retain their spot for the 2021 season. These standings also mean that Rhythm has won just three maps across their 35 maps played this year -- one during Season 11 against Wildcard and one each against LFO in the Six Masters and Oceanic Nationals -- putting them in a very weak position during these relegations.

The top two seeded teams will have an advanced start, progressing straight to the semi-finals in the double-elimination bracket. All games will be best-of-threes, with the lone exception of the grand-final, presumably with a map advantage to the upper bracket team.

This means with Wildcard's better seeding and an almost flawless regular-season record, they are in a great position to retain their title. 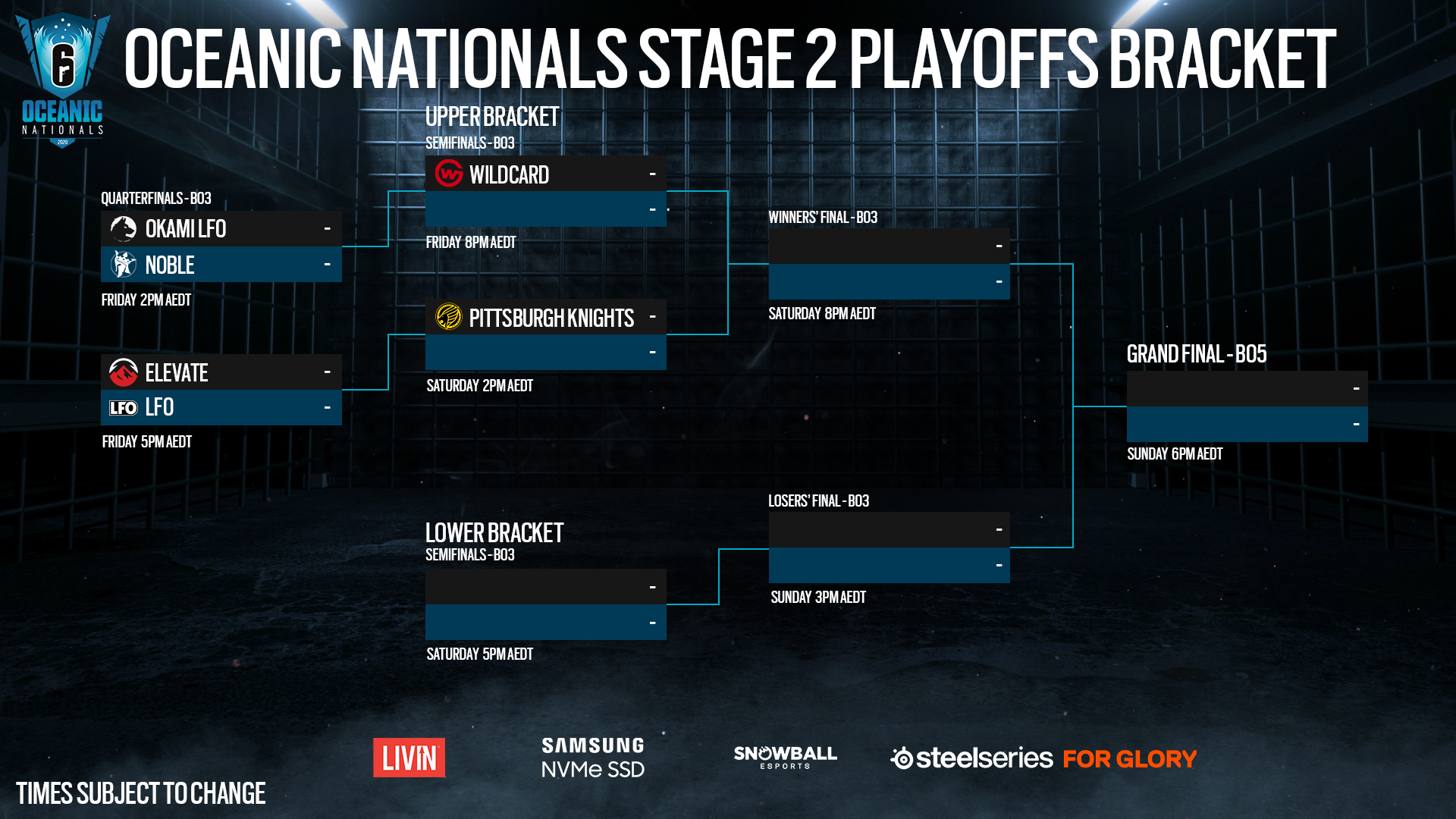 As well as three spots at the Regional Major in November, these six teams will be competing for a total of about $28,000 split up as follows:

Then the Regional Major itself sees a further $30,000 and 330 Six Invitational points on the line:

This means one of these six teams could win up to $23,500 in total, with Wildcard being the standout favorites to do so. The Six Invitational points, however, are likely only worth anything to Wildcard as these points alone aren't enough to earn any other team a spot at the Six Invitational. WC already sits on 330 from Stage 1 and 330 more would guarantee them a spot at the event (should it go ahead). 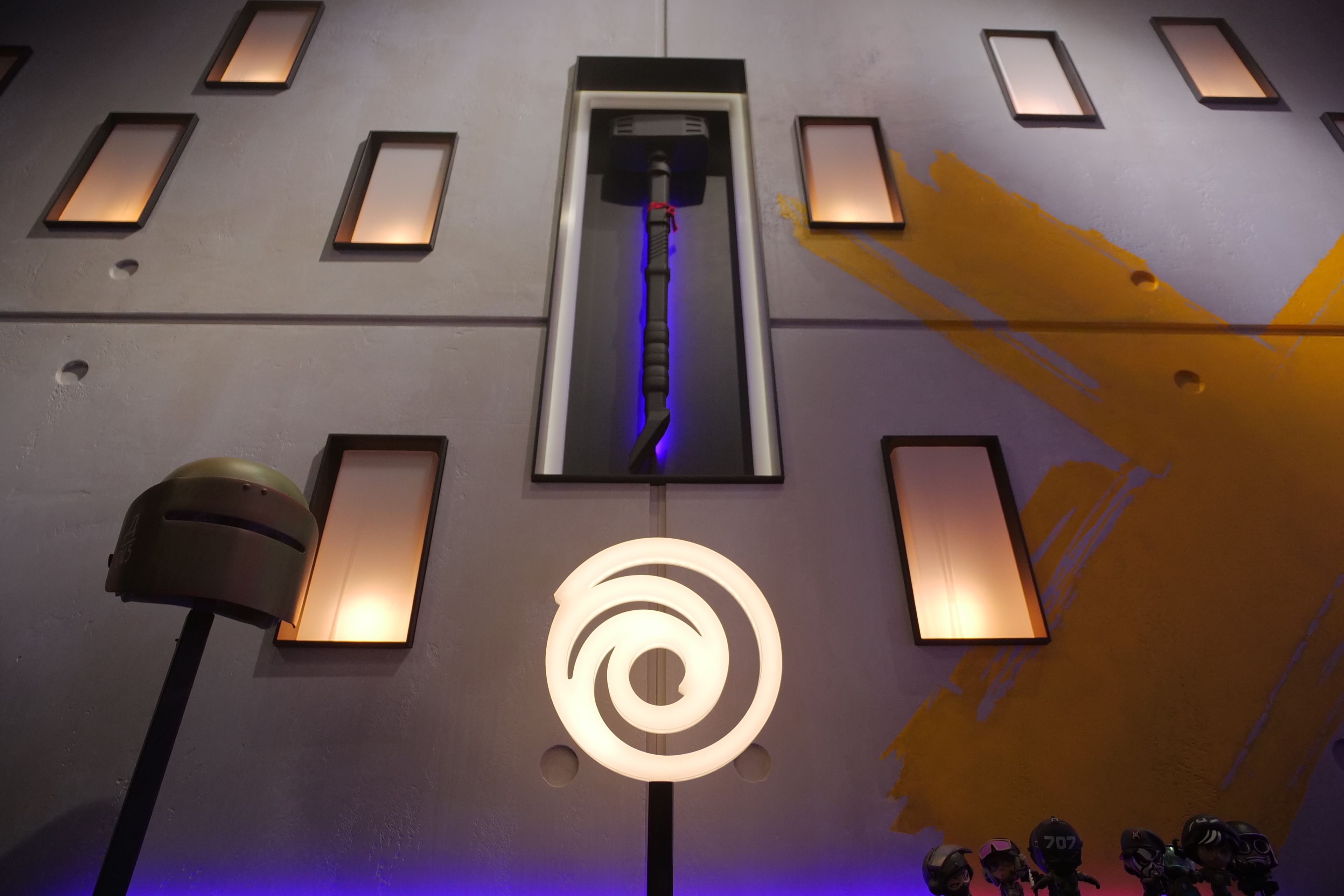 Check back here for more news and stats as the Oceanic Playoffs play out this weekend.