As we get closer to the start of the second stage of competition in the Latin American region, here is a recap of the already concluded Stage 1.

After more than a month since the Ninjas in Pyjamas and Estral Esports won in their regional mini-majors, the action is almost back in LATAM, as the Brasileirão’s first play-day will be celebrated on the 17th of September. This means that the Brazilian league will be the second major competition to kick off, as the US Division kicked off on Monday.

For the ones that haven’t followed the LATAM region lately, it has been split into the following three regions: Brazili, México, and South America, in which the main countries are Chile, Argentina and Perú. This being said, let’s have a look at the action seen in Stage 1. 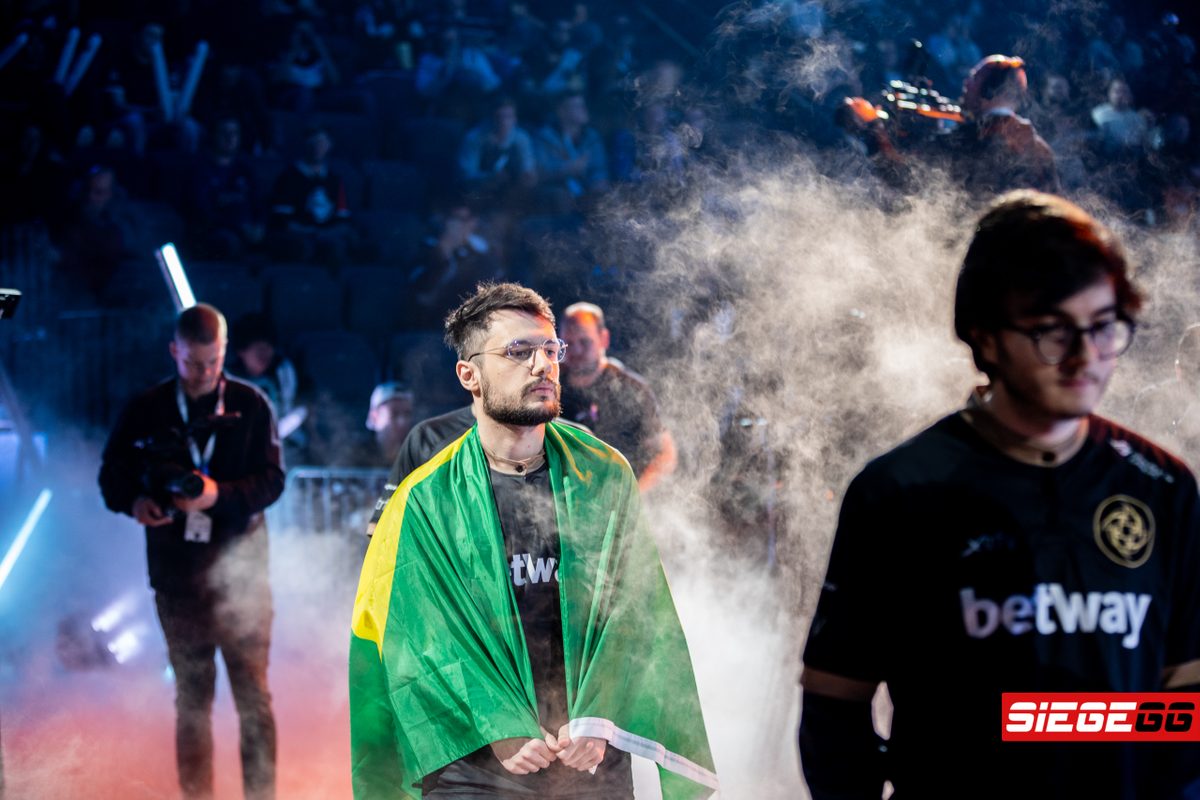 Despite Ninjas in Pyjamas winning the mini-major, the truth is that NiP faced a bunch of problems during BR6. Their start to the league was very slow, as they drew their first three matches. NiP seemed to be unable to find a solution to their problems and were in trouble as they entered the fourth week with only a win and five draws.

Luckily for them, they had a great end to the league, as they won their last three games -- although these were against three of the weakest sides of the league, Santos, INTZ, and Black Dragons.

If NiP was a shock, the surprise was Team oNe. After the roster and the organisation had resolved their legal problems, which ended with the departure of SKaDinha, the relation between both sides seemed to improve to the point where Team oNe started to be feared.

Their performances against the top sides -- NiP, Liquid, and FaZe -- were really strong, as they won two games and drew one (against the former) and only lost one game in total, which was against Black Dragons in the fourth week of competition. 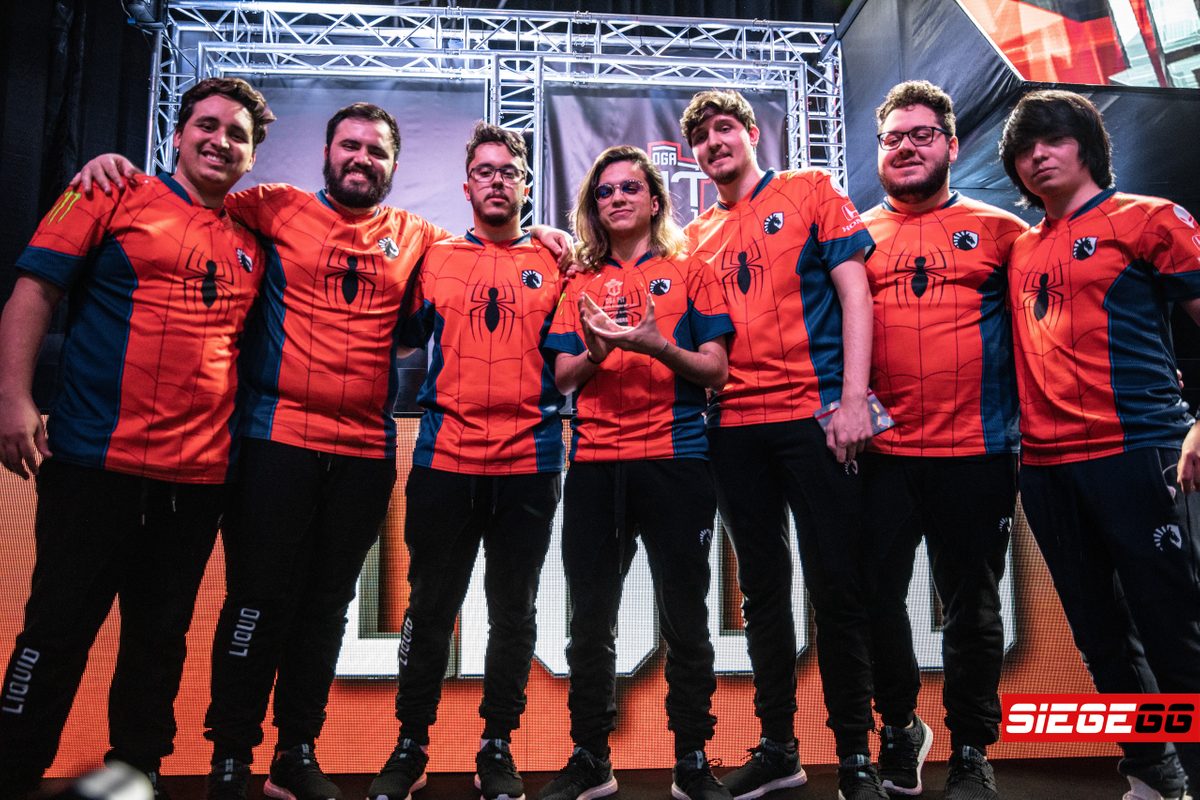 Team Liquid followed them very closely, having led for most of the season, but a 2-0 loss against Team oNe and a draw in the final game of the stage against FaZe Clan gave Team oNe the first place. Despite that, a second place finish and having Paluh and Nesk as the best players of the region (1.28 and 1.26 respectively) were some of the reasons why Liquid fans could dream of winning their regional mini-major.

In fourth place we have FaZe Clan, who finished five points ahead of MIBR. Despite FaZe clearly being the best side, it wasn’t until the very last week that they secured their presence at the August Major. These irregular performances from FaZe led to the changes we saw after, as mav’s departure meant that KDS will be playing in Stage 2.

To conclude the summary of the Brasileirão, let’s have a look at the Stage 1 stats. Paluh, Nesk, Muzi, and Pino were clearly the four best players in the league, all with 1.20 ratings or higher, with the four players being once again the best at the August Six Major.

Some other big names were the five players at Team oNe, as they were the only roster to end the league with ratings over 1.00, aside from pdr1n. Despite playing for W7M Gaming, one of the three promoted rosters, he ended with the sixth-best rating while playing a support role (Thermite and Doctor), ending with 14 plants and a 65% KOST.

Alem4o was also one of the impressive names in the league, as he ended up with a 1.12 rating in his rookie season. His KOST was also impressive and, despite Buck and Smoke being his main operators, he ended securing 159 kills in 18 maps, as INTZ ended in seventh place.

The remaining two promoted teams, Santos and FURIA, ended up with the worst stats in the league, as only one player in each roster ended with positive ratings. Despite FURIA drawing against teams like Black Dragons, INTZ, and Ninjas in Pyjamas, their loss against Santos meant that FURIA would end the league at the bottom of the table. Santos only got another point, which was against another promoted side, W7M Gaming, as they drew after they lost the first map by 7-0.

The Mexican scene finally got its chance to shine in front of the international community with their very own professional league. So far, the competition has offered us some exciting and close games that ended with Estral Esports taking first place, followed by Timbers Esports.

Despite the league having offered a close contest so far, Estral is one step ahead of every team in the league. After 12 maps played, the team has only lost one -- against Pixel Esports -- which helped them to finish in first place with 14 points, four more than the second placed team and seven more than the third.

This dominance is also present in the ratings, as the six players under Estral have ended with positive ratings (over 1.00), Toski being the best of the team (1.27) and only contested by Morphed (Timbers, 1.26) and his team mate Pixie (1.24).

As Estral Esports head into Stage 2 as the clear favourites, Timbers are still positioned as the favourites to take them down. However, MeT has recently increased their investment into the scene as they signed the North American players of DotDash and Wrath, these being the first two international signings to the LATAM region. Keep an eye on the site in order to follow the evolution of the league in the next months, as these two signings might be the start of a flight of talents.

To round off this recap comes the Sudamericano. Just like in México, this is the first time that the South American countries have their own league, led by Argentina, Chile, and Perú.

Despite this being a small league, some of the best Latin American organisations participated in it, as we saw 9z Team, Malvinas Gaming, and Coscu Army joining the scene, giving a tough time to the well known faces of Furious Gaming and Nocturns Gaming.

Following the Brasileirão’s league system, a round robin format with Best-of-Two games, Coscu Army dominated the league as the team ended with six win. Also part of the record was a draw in the last week of the season against Malvinas Gaming, the second best team of the Sudamericano.

Despite Coscu Army’s clear superiority and consistency, especially when facing their direct opponents, the league offered a large amount of close games, as the final difference between the second and the fifth placed team was of only two points.

Looking at the players stats, it’s clear that both shoxo and Pechito were the big faces of Coscu Army, with the latter having the second-highest number of frags on the team, despite being on a support role. This had a big impact on the league-winning roster, as forb1, who mainly played Zofia and Jäger, ended with a rating of 0.87.

The upcoming Stage 2 of the LATAM leagues will certainly be close once more, as teams like Team Liquid, FaZe Clan, and Ninjas in Pyjamas will all vie to return to the top of the table as heavyweight favourites. Be sure to tune in to catch the action on the 17th of September and keep up with weekly updates right here at SiegeGG.