The final mini-major is coming up in Europe. Let's talk about what we have to expect from each team.

The European Six August Major is finally upon us, and while it is not the international LAN where the top placed teams of each region battle it out to see who the best in the world that we are used to, it will pit the top four teams from the inaugural European League stage against each other in a playoff format to determine who is the best team in the region.

Between August 21 and 23, BDS Esports, G2, Rogue, and Virtus.pro will complete in a double-elimination bracket for a chance of winning the $62,500 prize pool, 285 Six Invitational 2021 points and the bragging rights of winning the mini-major.

Let's talk about the four European teams involved in the mini-major and make some predictions. 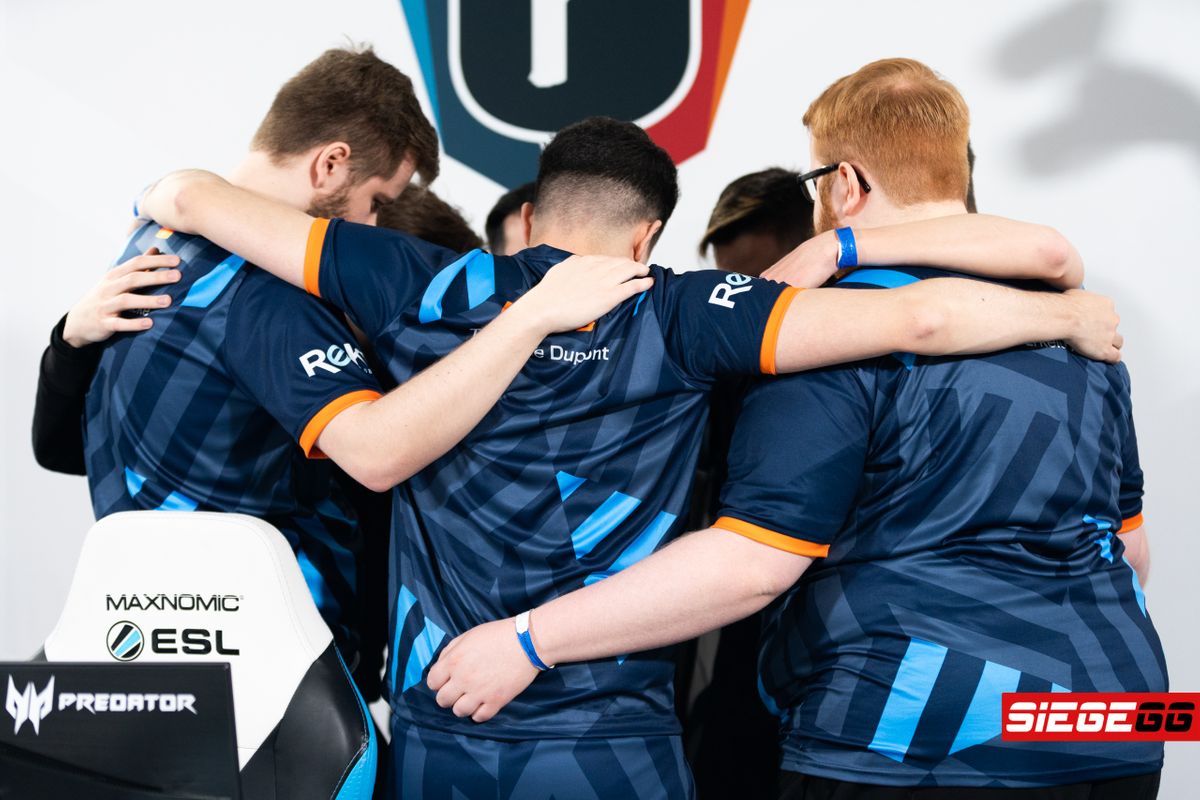 After winning Season 11 of the European Pro League, Rogue just managed to fend off BDS Esport to defend their crown in stage one. This was more impressive as they made two roster changes coming into the new year, after they replaced Valentin "risze" Liradelfo and benched Théophile "Hicks" Dupont, for former Team Empire captain Eugene "karzheka" Petrishin and Team Secret man Leon "LeonGids" Giddens.

Add the fact they had a slower start to the stage than expected after losing to G2 2-7, they then beat Team Empire and Natus Vincere easily but suffered a surprising draw to Chaos Esports Club. Rogue then went on a tear, winning four of their last five matches in a run which handed BDS their first loss and managed to pip them to retain their title.

Maurice "AceeZ" Erkelenz is still the team's star fragger and was second overall with a rating of 1.19 and in kills to death +/- at +25, but it has not been a case of Rogue being a one-man army. Jan "ripz" Hucke was one of the most efficient players in stage one with a 73% KOST and 10 plants, karzheka had a KOST of 72% and a mammoth game against his former team, Team Empire, with a rating of 1.55 thanks to a 14-7 K-D.

LeonGids has been one of the most clutch performers so far as well with four 1vXs, placing him joint-second in that metric this stage and, finally, the in-game leadership of main shot caller Lukas "korey" Zwingmann has provided has been immeasurable based off stats alone.

Rogue has consistently shown that they are the kings of online play and after clicking quicker than most expected them to, they have proven they are the beat to beat at the European Major. 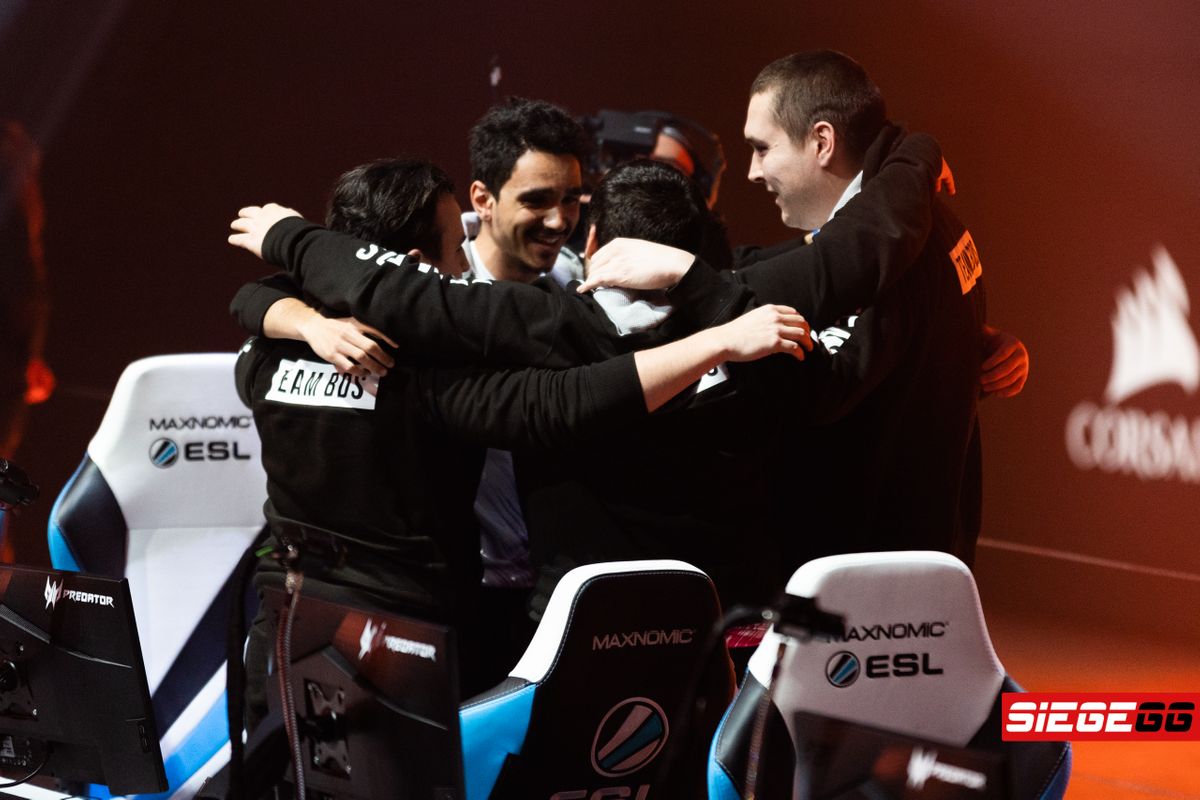 It has been an interesting five months for BDS since their fourth-place finish at the 2020 Six Invitational, a performance that was above all expectations for them. Despite their impressive run, they returned to the European Pro League Season 11 and struggled to find the same form, finishing a disappointing eighth place.

This led to former In-Game Leader and support player Morgan “RXWD” Pacy to retire as a professional player and led to an open spot on the roster. BDS took full advantage of filling with what will now be seen as a hugely influential upgrade in signing former Vitality support Loic “BriD” Chongthep while handing the In-Game Leader role to the team's Flex Support Bryan “Elemzje” Tebssi.

It was a move that produced instant results to start the newly created European League, as BDS showed incredible form that saw them win their first three games of the season 7-1 against Vitality, Chaos Esports Club, and Team Secret. They followed this up with a hard-fought but an impressive win against G2, but then faced off against Rogue, who handed BDS their first loss of the season. Since then, BDS struggled to find the consistency they had in the stages first few weeks, getting wins against Virtus.pro and Na'Vi but losing to Team Empire and drawing to newly-promoted Tempra Esports.

Though their form dropped towards the end of the stage, they still finished an impressive second place, on the same points as overall winners Rogue,, but with a worse head-to-head record. BDS showed they have improved as a team and did not have to rely so much on star player Stéphane"Shaiiko" Lebleu, as the entire team finished with a rating of 1.0 or higher. BriD, for one, finally had the flashy plays to visibly demonstrate his skills, finishing with a 1.23 rating, the joint-highest KOST, and third-highest number of plants.

BDS need to play their aggressive style and find a way to force the 1v1 situations they excelled at in the early part of Stage 1. If BriD and RaFaLe, who seems to have newfound confidence, can continue to perform well and the SiegeGG 2020 player of the year Shaiiko is activated, then there may not be a lot the other three teams can do to stop BDS. 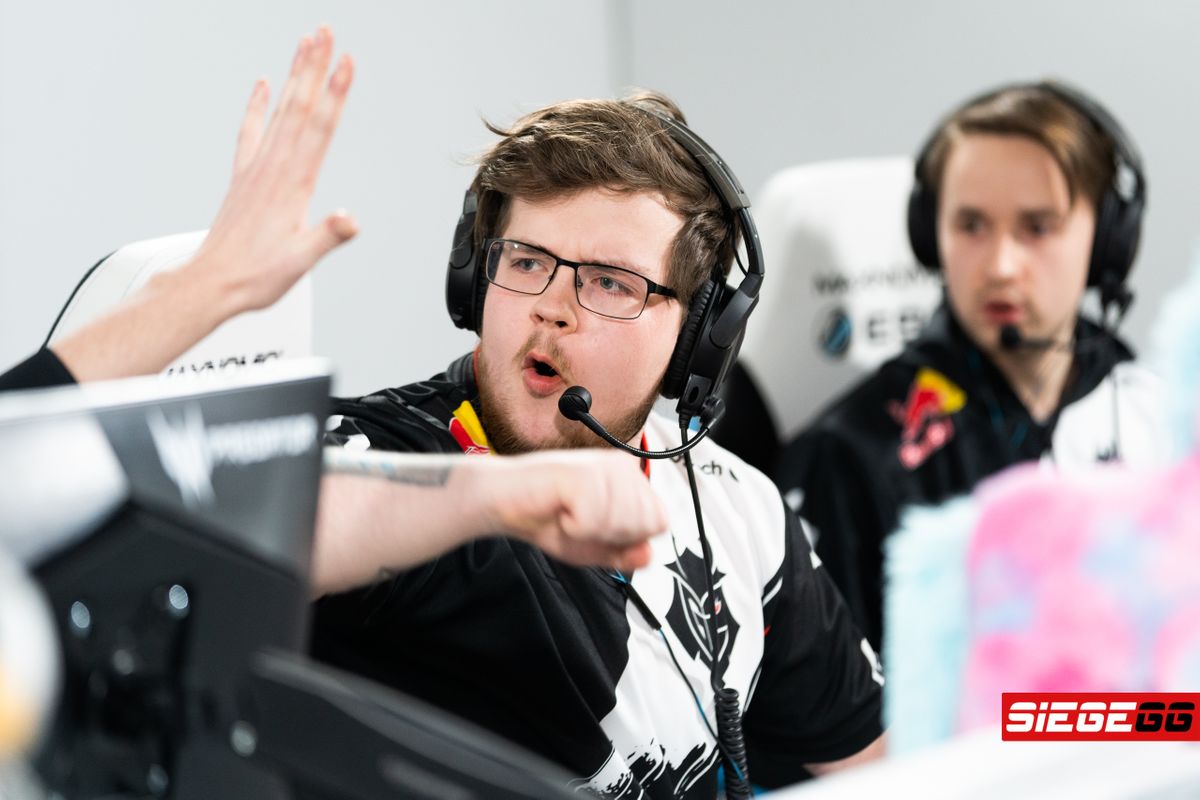 It has been an interesting 2020 for G2 after they failed to automatically qualify for the Six Invitational and attended Siege's grand stage via a much-debated direct invite. While they proved those people who did not believe they deserved it wrong by making the quarter-finals, somewhat early elimination to eventual runners up Ninja's In Pyjama's was enough to see the dynasty rebuild.

The team benched and later traded their hall of fame In-Game Leader Fabian "Fabian" Hällsten to Team Vitality and ended the loan of PENTA player Ferenc "SirBoss" Mérész. Built was a new "super-team" with the acquisitions of Ben "CTZN" McMillan from Na'Vi and Fnatic's Jake "Virtue" Grannan. While many were unsure how a team with so many Jager and Ash mains would perform, G2 worked well to find a fluid system that would allow the team to take advantage of the teams fragging strengths in the second half of the European Pro League in Season 11, finishing second.

Looking to push on from the surprising early performance as a team, G2 were inconsistent and were picking up a potentially unexpected and convincing 7-2 win against Rogue on opening day. However, they failed to capitalise on this with back-to-back draws versus Na'Vi and Team Empire, before dropping their first match of the stage 5-7 to BDS. However, G2 found their form in the second half of the stage, going undefeated in their last five games with four wins and a draw against newly-promoted Tempra Esports to finish strong coming into the mini-major.

CTZN seems to have once again found the form from his Na'Vi days ,finishing Stage 1 tied for fourth with his rating of 1.17, tied third with +7 entry kills, and fourth in K-D at +21. While CTZN has found his place within G2's roster, the team's longest-standing player Niclas "Pengu" Mouritzen has continued to show just why he is seen as one of the best players to play the game, ranking first in clutch situations with six wins and fourth in plants with 11.

While G2 has a star-studded roster where any one player can take over at any point, they have shown a strong supportive playstyle that has heavily involved Montagne to outmanoeuvre and then out-aim their opposition and they may need more of this if they are to beat Rogue and BDS.

It has been an odd season for the former forZe roster in their first stage playing for Virtus.pro. They ran through everybody they came across in the European Open Clash during the pre-season, winning the tournament with relative ease. However, when the European league started they seemed to completely fall off a cliff and were handily beaten by both Team Empire and Tempra Esports, to the point that even the team openly admitted they had no idea what the cause was.

Things started to look promising for Virtus.pro in week two and the start of week three, with wins against Chaos Esport Club, Team Vitality, and Team Secret. However, this form did not last, and they lost three of their last four games and had to rely on BDS beating Na'Vi in the final week of stage one to make it though.

Statistically, Pavel "p4sh4" Kosenko has been one of the few bright spots on this roster with a rating of 1.13, the second-highest 0.91 kills per round, and a KOST of 66%. While he did receive some support from Alan "Rask" Ali, who had a stage rating of 1.06 and finished second in entry kills at +8 going 13-5, there were times it looked like p4sh4 was deadlifting the rest of Virtus.pro to the major.

Virtus.pro are going to need to find their preseason form if they are to make any real headway at this major. During the regular season, they were too inconsistent and if would be fair to say that Na'Vi should really be there in place of them, but if p4sh4 and Rask can get some support from the rest of the team, then we could well have a similar surprise to what we had during the European Open Clash.

The final Six August Major is just around the corner, starting on the 21st August and ending on the 23rd August 2020 and it should provide some of the most entertaining matches the majors has seen so far.