The DarkZero players are on pace to have their best regular season ever. Could their core team philosophies finally lead to hoisting a Major trophy?

It’s 2 PM on a blazingly hot July day, four days before a spot in the Major is on the line against the formidable Spacestation Gaming, and the DarkZero team is inside, watching ESPN’s “The Last Dance.”

Not just for fun, mind you. They’re studying the documentary to see what leadership lessons they can glean from the series that covers former Chicago Bulls superstar Michael Jordan, unanimously considered one of the greatest athletes and winners to ever live. “We take a lot of time and effort to study greatness,” said Zach “The DPZ” Matula, DarkZero’s CEO. “We define our heroes, define who we want to be.”

While Oxygen Esports laid claim to the first spot in the Major on Monday, June 7th, DarkZero is still considered by many to be neck and neck with the current frontrunner, if not the outright frontrunners themselves. The team has only played five maps, but has only lost one to the Susquehanna Soniqs, and defeated the ferocious TSM roster in a 2-0 barnburner to secure their spot in the upper bracket for the second phase of the first stage.

This isn’t DarkZero’s first brush with the top tier of Rainbow Six Siege -- the team finished as the runners-up in all of Pro League during the Season 10 finals in Tokoname. It also finished on the main stage in the all-important Invitational, falling 2-0 to runners-up Ninjas in Pyjamas. DarkZero has been on the precipice of a title before, but has not been able to lock it down. This time, however, it might be different.

If DarkZero’s bout with Spacestation Gaming, one of the more cerebral teams in the North American League will be anything, it’s sure to be mentally taxing. Zach is certain that his team is up for the challenge, but he says it isn’t something that happened overnight. The “DarkZero Way,” of sorts, the overarching vision that is bearing fruit in 2020, is a project a long time in the making. 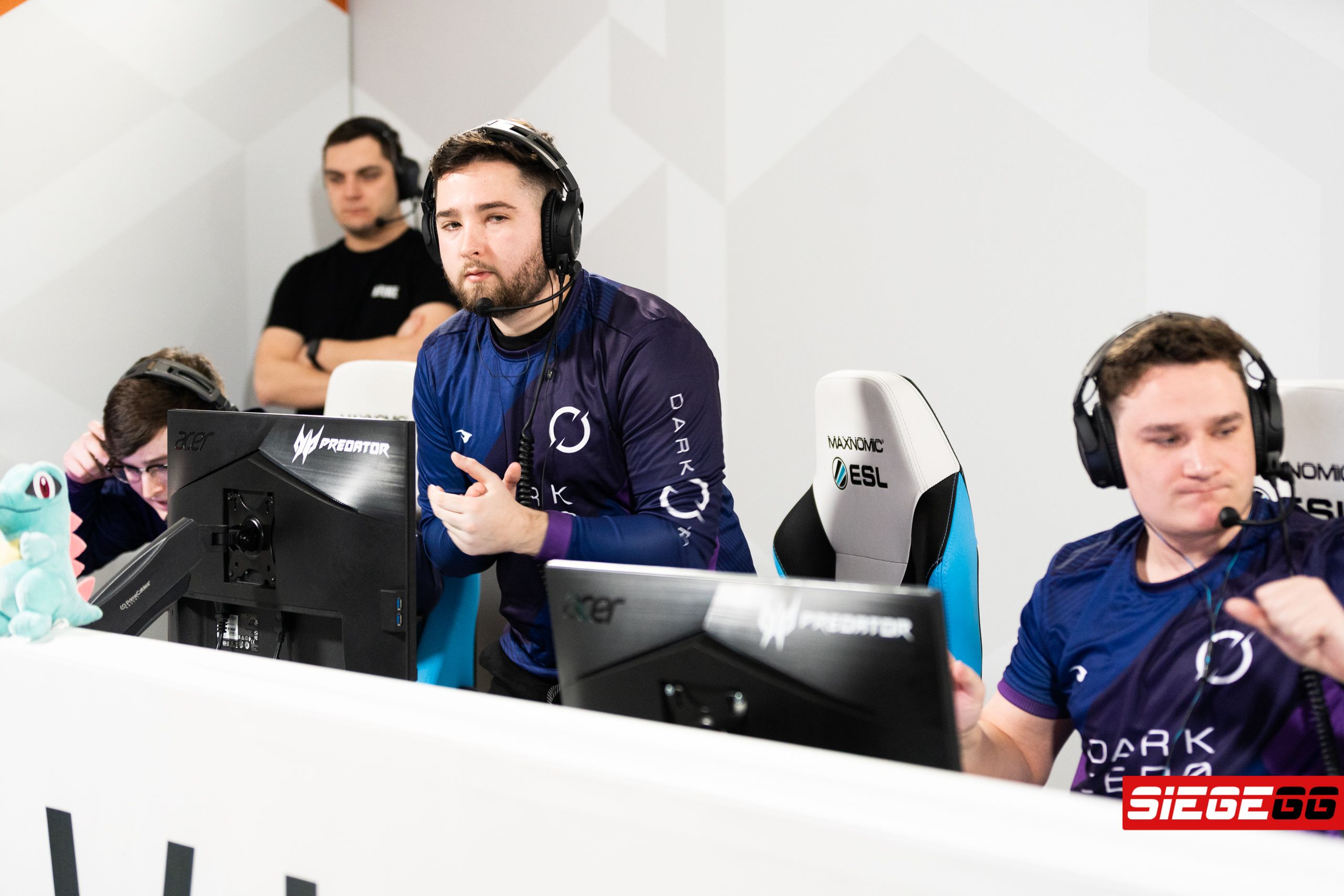 DarkZero, the organization, was almost not involved in Rainbow Six Siege at all in its genesis.

“We actually started out with the concept of going into CS:GO,” said Matula. “And we made a late-stage pivot into Rainbow Six Siege based on the next-generation gameplay, growth statistics. It’s not that we feel that CS:GO is not a good investment, I actually think that CS:GO could be a very good investment, but we prefer the growth prospect of the Siege scene.”

The gamble, one not unknown to anyone with mere tertiary knowledge of the financials of the R6 scene, was that eventually the scene would grow from a “Tier 2” esport to a “Tier 1” one. So far, despite multiple technical issues that plague the game, that gamble seems to have paid off. According to esportsobserver.com, R6 enjoyed “Tier 1” status during Q1 of 2020, likely due to the Invitational’s February start time while many other events in other esports were canceled.

While many rightfully say the game has a long way to go, Matula is confident. “I think we’re well on our way (to becoming a “Tier 1” esport),” he said. “Just in the last year and a half that we’ve been participating the scene has grown tremendously.”

The game was chosen, but they needed a roster. They settled in on the former F3/SK Gaming roster, one that Matula says they were eyeing from the start. “They were our first choice and it wasn’t even close to be honest with you,” he said. “We have a very particular way that we wanted to approach the esports space, particular as it pertains to competition. We wanted to be vision-driven and work-heavy. I like to think of it as a high expectation, high reward culture. We do provide a lot of support to our teams, but we also expect more out of our teams.”

Culturally, Matula says the former SK Gaming roster was a perfect fit for this mentality after meeting with captain Kyle “Mint” Lander. So, they were all brought to Houston, and will soon be moving to Las Vegas. From the beginning, the approach to the game was simple: Take esports seriously, emphasize work ethic and both mental and physical toughness. “To be the best at the world in anything is a tremendously difficult task, and to accomplish a tremendously difficult task you have to take that task seriously,” said Matula. 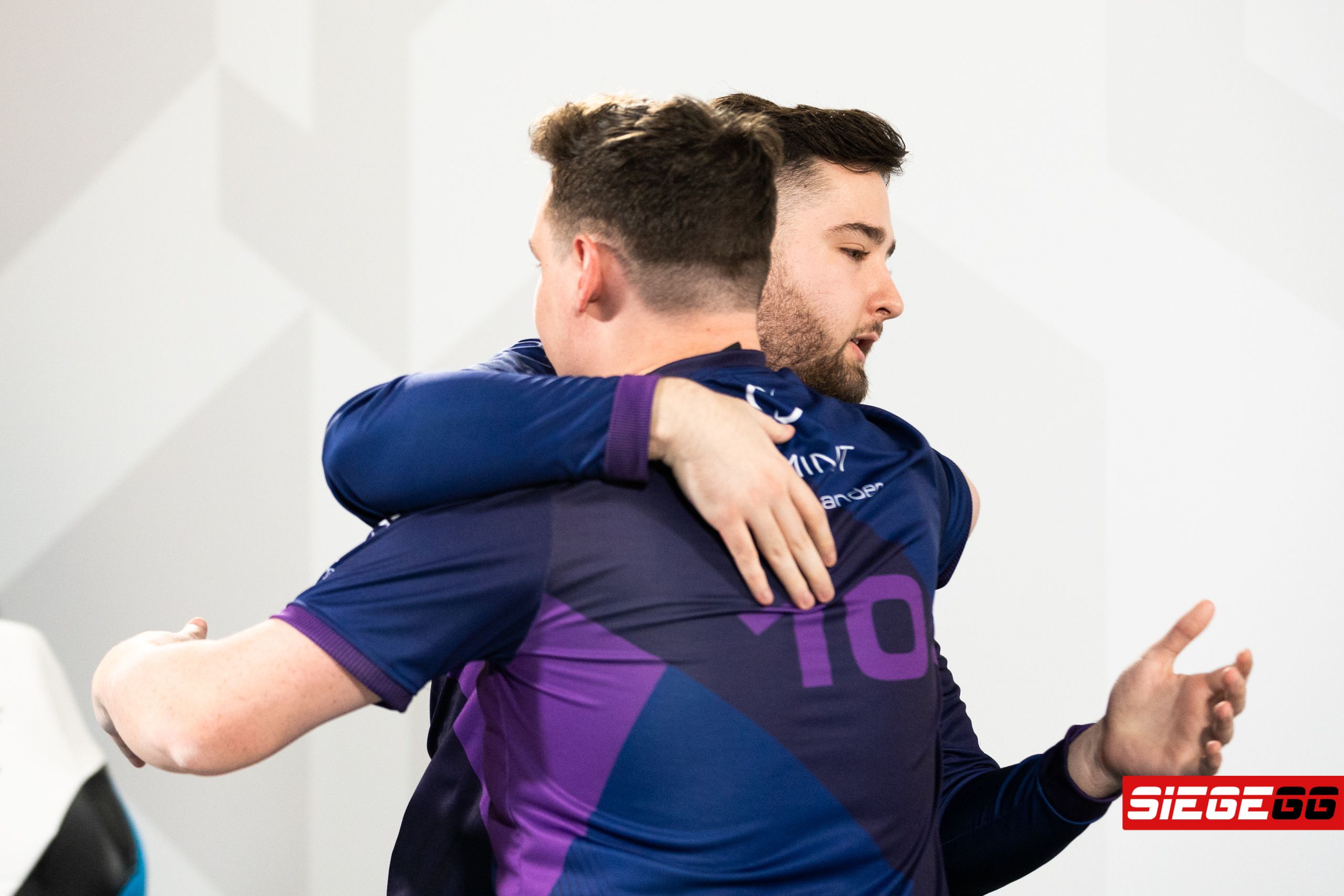 It’s one thing to talk the talk, it’s another to walk the walk. The talk is backed up by raw statistics so far, even if DarkZero hasn’t taken home the ultimate prize. DarkZero has won more Pro League matches than any other squad since its birth. However, the man that DarkZero is studying, Michael Jordan, is celebrated because his mentality and effort brought home titles, something DarkZero hasn’t achieved yet. After it fell in Tokoname, the team brought on Alexander “Skys” Magor and Tyler “Ecl9pse” McMullin, and Brandon “BC” Carr moved to co-coach along with Jordan “BKN” Soojan. BKN recently moved to a position as the organization’s brand coordinator, leaving BC as the sole coach.

“I think most (other) esports roster-building is a bit of alchemy,” said Matula. “You sort of throw a bunch of players together, hopefully it works, but if it doesn’t you cut them and find new ones...We want to build rosters and a program that works over time. We’re very much invested in this model that Siege is going to be around next year, the year after that, and even five to ten years from now. So we’re building a program that will stand the test of time.”

After their loss at Tokoname came a moment that Matula describes as one that put everything in perspective for them: their fans stood around for four and a half hours waiting to meet the team, and stayed for another two hours outside the venue after it had kicked them out. “Unquestionably, it was a highlight moment for us,” said Matula. “We actually have a picture of it, framed, in our bullpen. I think it’s easy to lose perspective on what we’re all doing here, and the lives that we’re impacting. A lot of times, these guys, to be frank, they wake up in the morning, they’re human beings, they read 99 good comments and one bad one and the one bad one sticks in the back of your head.”

After making the main stage at the Invitational, but falling behind in placement to North American counterparts TSM and Spacestation, it was clear DarkZero still had some work to do to challenge for the championship they desired.

During the final season of Pro League, Season 11, results from the Invitational held, as DarkZero finished a mere three points behind Spacestation Gaming and a scant two behind TSM, the two teams that bested their record at the Invitational.

In its inaugural series in the US Division, the team looked a little shaky against an unpredictable Susquehanna Soniqs roster that was playing with two substitutes. DarkZero lost the first map, but went on to win the match. The next week, it found itself down 0-3 against TSM in a match to see who would solidify their presence in the upper bracket.

When asked about how DarkZero bounced back against TSM, Matula shed some light on the team’s philosophy. “This is a dynamic that we work on quite a bit... Siege is different from other games, including traditional sports in the sense that it truly is a 'one-round game' at the end of the day.”

“If you’re behind in a basketball game, you may play more aggressively because you have the clock to fight against, and you have to score so many points, so you change your playstyle. It’s not like that in Siege. It’s about 'you play a round, reset, play a round, reset,'’ It is something that historically DarkZero struggled with early on...we carried a round into the next. We noticed lower win percentages following lost rounds. I think now, with the roster we have now, with the time that we’ve had to develop the program, that this team plays every bit as good after a lost round as they do after a won round.”

Matula’s vision for the team paid off in that moment. DarkZero clawed its way back into the map with four round wins in a row, and eventually took the map in overtime 8-7. This continued as the players rode their momentum into map two, which they won with a 7-5 scoreline after three straight successful attacking rounds. “I wish that we could turn the scoreboard off during the round,” said Matula, “and I think these guys are really good at doing that.” 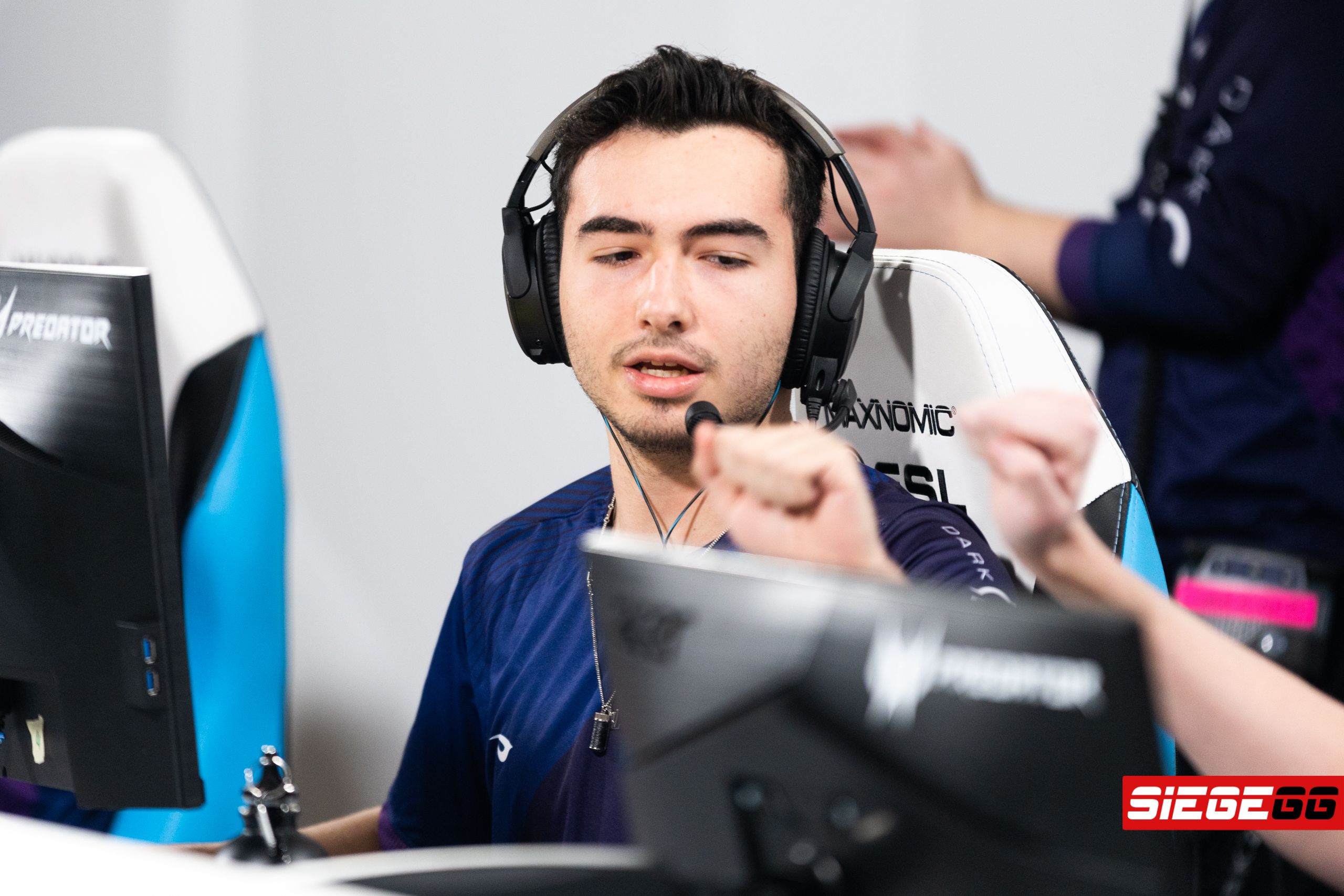 The future is still uncertain in the NAL, regardless of DarkZero’s success. TSM isn’t a roster that will be held down for long, Spacestation look to have returned to form after early struggles, and a revitalized Oxygen Esports roster is looking incredibly strong. Monday’s bout against Spacestation appears daunting on the schedule. There’s little time to reminisce, but on the precipice of qualifying for another major and another shot at the title the team so desperately wants, Matula is reflective.

“It’s been very cool to watch the people, especially the people that have been here from the beginning, develop. I get a bit sentimental as it pertains to people winning who deserve to win. So to watch, in particular, Matt (“HotanCold” Stevens), Kyle Lander, Brandon Carr, Jordan Soojan, the people that they are now as opposed to the people that they were versus the people they were when they came in the door, it’s something that we take a tremendous amount of pride in.”

Still, it is one thing to have a seemingly iron-clad theory and gameplan, and it is another to execute it to perfection. Up until now, the going has been steady for the DarkZero team, but it has still not yielded a title. As DarkZero improves, so do the other teams in their own ways, which means that the fight for supremacy will be nothing short of nailbiting for the roster despite the team philosophies. To borrow Matula's own words, sometimes the 'alchemy' does end up working.

With the knowledge that nothing is certain, DarkZero has become formidable, not just in North America, but on the international stage. Entry fragger Paul “Hyper” Kontopanagiotis might be having his best stage ever statistically, and with only one map loss, DarkZero will be on fresh legs, so to speak, as they take on Spacestation. Should they qualify for the Major, there’s a good chance they’ll win. According to Matula, at this point, they’re expecting it.