Here's a rundown of all the announced changes to the LATAM region coming when the next season kicks off in just over a month.

With ESL leaving competitive R6 in Latin America and Ubisoft taking over the organisation within the region, a number of changes have been made. The region will be split into three sub-regions; the primary Brazilian scene and the secondary Mexican and South American scenes.

Kicking off with the Brazilian League, the following 10 teams will play on a LAN-setting in São Paulo in the Series A BR6 2020 once it is deemed safe enough to do so: 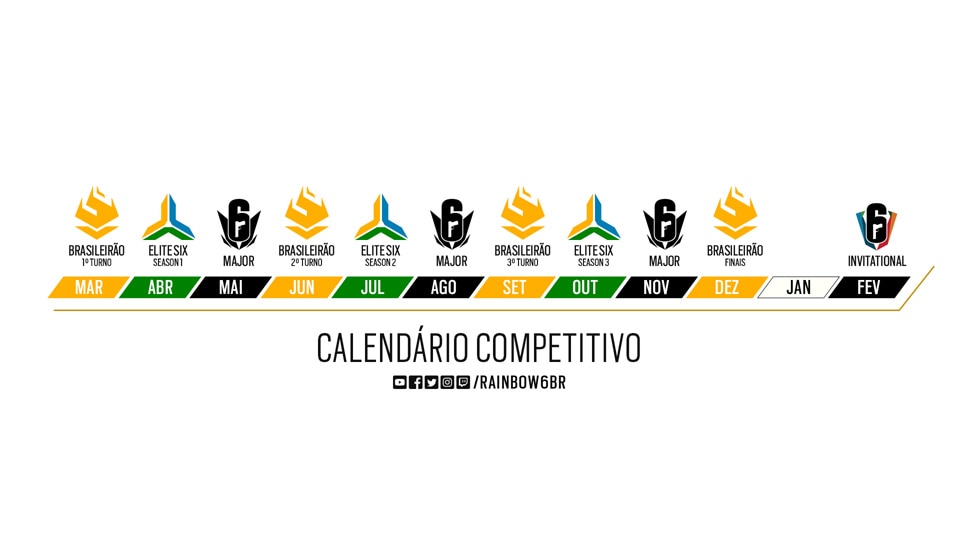 For LATAM esports, Year 5 will be split into two "stages" -- the first from June to August and the second from September to November. In each of these stages, the 10 Brazilian teams will face off in a Best-of-Two league to determine the top teams in the sub-region.

At the end of both the Stages, the final ranking is determined based on the cumulative points. The top-four will then proceed to the Regional Finals, battling it out to become the top Brazilian team. At the same event, the 10th-placed team will also get a chance to retain its spot in the Series A top-flight league against the Series B (Challenger League equivalent) champion.

These Finals will have its semi-finals played as Best-of-Threes, and the grand final played as a Best-of-Five. 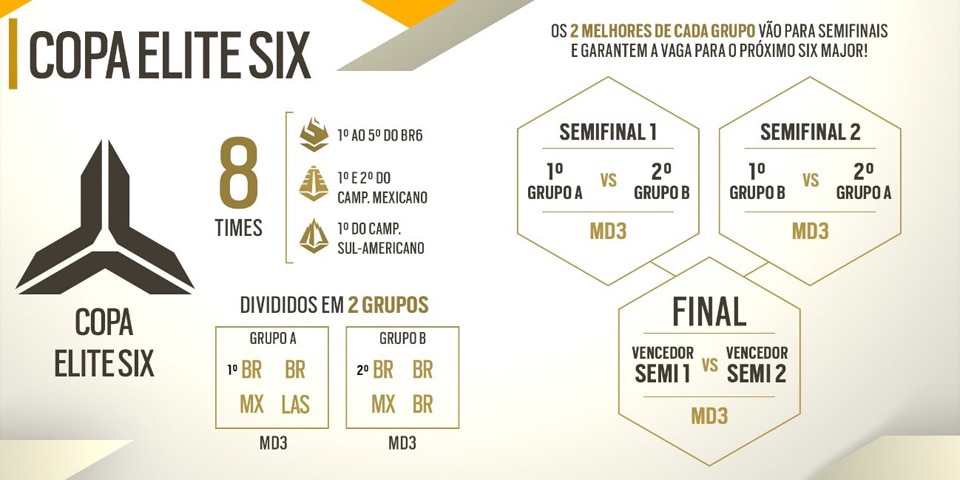 Also announced was the America's Elite Six Cup, played at the end of each Stage, giving teams a chance to qualify for the Six Major. Played across four days, it will see thee top-five teams in the Brazil Division  be joined by the top two teams in the Mexico Division and the top team from the South American Division.

The eight teams there will be divided into two groups of four, playing what is likely to be a GSL, Best-of-Three group stage. The top-two Brazil Division teams will be the top seeds for each group, with the group stages played across the first three days.

Here, on the fourth and final day, the top two from each group will progress to the semi-finals in the Playoffs, while securing qualification to the Six Major at the same time. The semi-finals and grand final will then be played right afterwards, in a Best-of-Three format, defining that Stage's LATAM champions.

While unconfirmed, it is also very likely that all the eight teams in the tournament will also be awarded qualification points for the Six Invitational, much like other regions.

The Mexican sub-region will be composed of seven teams from last year's Mexican Championship and will play on a LAN environment in Mexico City once it's safe to do so. While the team's rosters are not yet confirmed, here are the organisations involved:

To further promote the oft-forgot Mexican R6 scene, the seven teams will compete for a chance to become the two teams invited to the Elite Six Cup at the end of each Stage, with qualification for the upcoming Major if they finish top-two in their groups there.

Finally, we have the South America Division, made up of all the countries in South America except for Brazil. These teams are predominantly made up of Argentinian, Chilean, and Peruvian players, with the following organisations currently confirmed:

As stated above, the top  teams will compete for a chance to become the South American champion to be invited to the Elite Six Cup at the end of each Stage, with qualification for the upcoming Major if they finish top-two in their groups there. 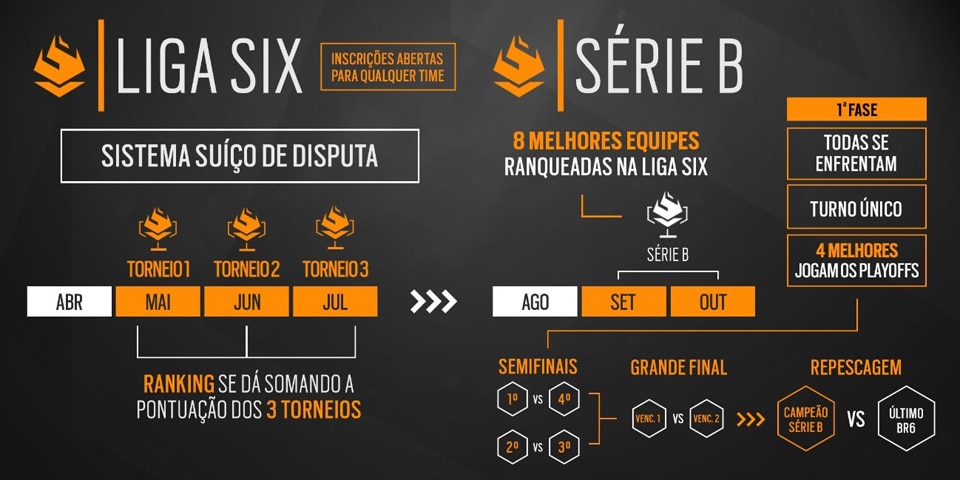 The Liga Six, already known to fans, will be redesigned for this year. Now, it will feature three monthly tournaments in May, June, and July, played and scored according to the Swiss format. It is interesting to note, however, that all players that are aged 16 and above are allowed to play. At the end of the three tournaments, the eight teams that have the most points will be classified for the Series B (the Challenger League equivalent).

The Series B will then see these eight teams play each other once to determine the top-four headed to the playoffs. There, a Series B champion will be crowned and will head to the Regional Finals at the end of both the 2020 Stages, where they will play against the 10th-placed top-flight Brazil Division team.

As of now, though, further details are scarce regarding the situation for the Mexico and South America Divisions.

Interestingly enough, the LATAM region will also be introducing an R6 Academy and Draft system. Teams that will be playing in the top-flight, Series A Brazil Division will be allowed to field Academy lineups. These Academy teams will be allowed to play in the Liga Six and Series B, with the caveat that they will be barred from promotion.

During transfer windows, the Academy players will be able to join the main rosters if the organisation wishes to make the change, or transferred elsewhere.

In comparison, the Draft system will be modeled after the National Basketball Association (NBA) and will allow players not already on a team to be signed to the Series A or Academy lineups of each organisation. For this, interested players must fill out a registration form and must not have a valid contract with any organisation.

The ten chosen players -- one per team -- will be decided by the teams in two rounds, with each organisation able to select a player in each round. The first six picks will be allocated for teams that did not qualify for the playoffs of the Series A Brazil Division, with the selection order defined in a draw with different odds according to the respective final placement in the Brazil Division. The process will be repeated in the second round, with top-four from the previous season then able to take their picks.