Just a day before the start of Season 11 of the Pro League, Rogue has announced the acquisition of the Giants Gaming roster. Furthermore, Jan "ripz" Hucke from the OrgLess squad has also been announced as the replacement for Léo "Alphama" Robine.

The Rogue organisation first joined R6 at the end of Year 2, signing the Vertical Gaming roster that had finished the 2017 Six Invitational in second place behind Continuum (now known as Evil Geniuses). Since then, the team spent a year positioned as the second-best team in North America as they finished the 2018 Six Invitational and Six Major Paris in joint-third place. 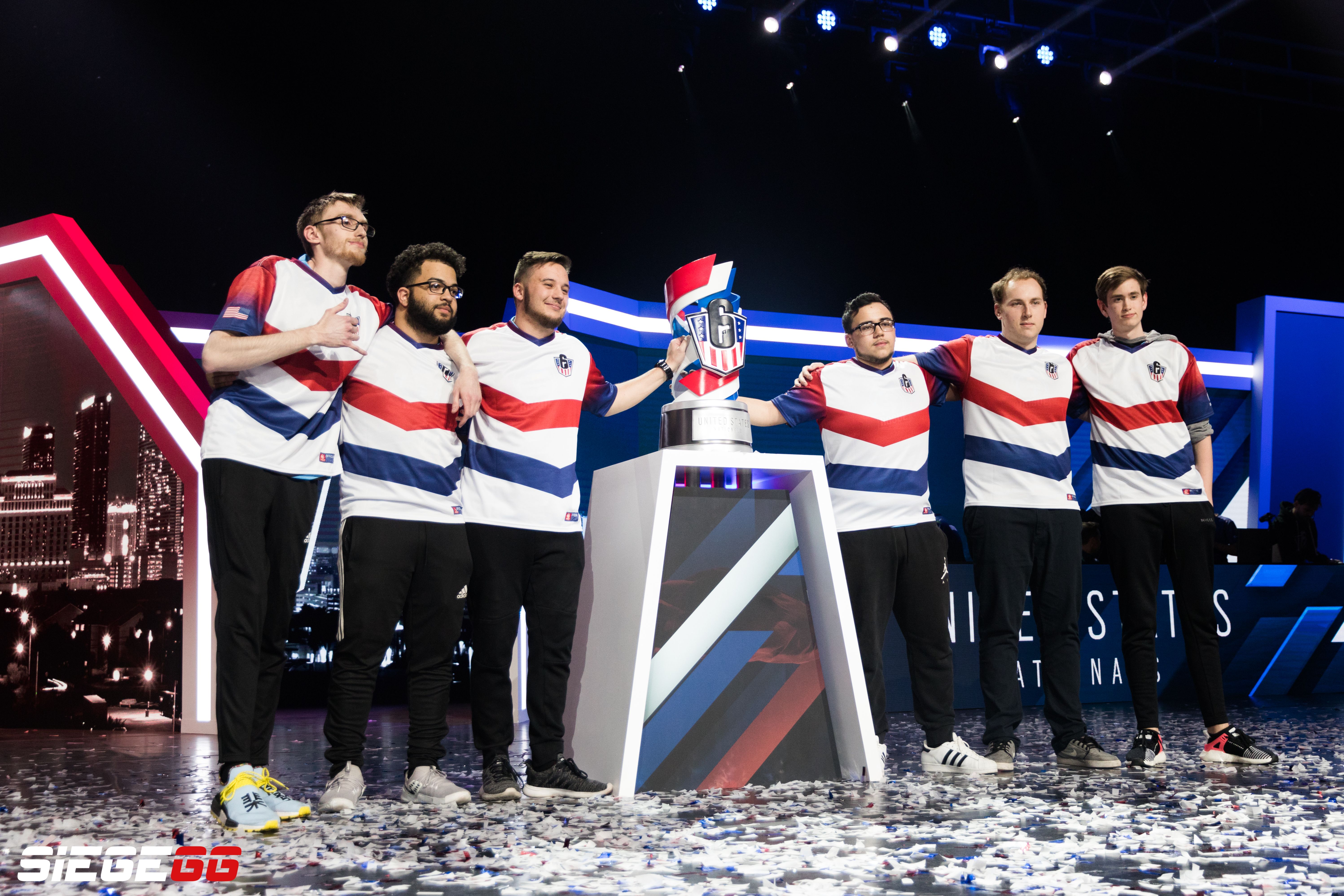 More recently, however, the organisation finally secured its first title at the 2018 US Nationals as the team was crowned as Team USA. The North American roster followed this up by defeating the team later known as Giants Gaming to win the DreamHack Valencia 2019 title. Meanwhile, however, the team struggled significantly in the Pro League and could only finish Season 10 in seventh place. In the relegation match that ensued, the team lost to 2Faced (now Tempo Storm) and dropped to the Challenger League, leading to its members heading their separate ways.

Due to this, the organisation was presumably desperate to find a new roster to be re-included in the pilot program, and has now signed the second-seeded European roster of Giants Gaming.

This Giants Gaming roster, previously known as LeStream Esport, Looking For Org, and Millenium, spent much of Year 2 and 3 as the best French-majority team in R6, with the players winning multiple national titles. With the introduction of Maurice "AceeZ" Erkelenz to the team following the Paris Major, the team transitioned to English communications and now, a year later, it has lost its Francophone-majority with three German players, one French player, and one Belgian player, with a Belgian coach as well.

Throughout 2019, the roster attended both the Six Invitational and the Six Major Raleigh, finishing in the top-eight in the latter. The squad was also the only one in Europe to attend both Pro League Finals, being first-rounded in both, and finished as runners-up at both the Allied Minor and DreamHack Valencia events.

Ripz, meanwhile, began his Siege career back in Season 4 of the Challenger League with myRevenge -- the roster that eventually became OrgLess -- alongside Lazzo, and was on the team for the past 32 months. The team initially played two seasons of the Challenger League, with Lukas "korey" Zwingmann joining in the second to help them gain promotion to the Pro League for Season 6, with the team managing to stay in the league for the four seasons that followed.

Ripz finished these seasons in seventh, third, second, and then eighth, with Season 8 involving qualification to the Pro League Finals in Rio de Janeiro, where his team was knocked out in the first round to FaZe Clan. Aside from this, the team also was invited to the 2018 Six Invitational where it was pushed to map three in the decider group stage match, won the open qualifiers to get to the Paris Major, losing to Secret and FaZe Clan in straight maps there, and qualified to the 2019 Six Invitational where he and his team defeated Team Liquid, 2-1.

This high-level success came to an end in Season 9, however, when the roster was relegated to the Challenger League and then failed to qualify back to the Pro League in Season 10. This has now led to the two top performers on the team during the Challenger League season being poached, as Pascal "Cryn" Alouane has joined G2 Esports, while ripz now rejoins his old teammates of Lukas "korey" Zwingmann and Maurice "AceeZ" Erkelenz on this Rogue roster.

This move means ripz, korey, and AceeZ have effectively reformed the OrgLess roster from the Paris Major which went out in straight maps and turned the back-to-back French champions into a German-majority roster.

To discuss these changes, SiegeGG spoke to Korey about the addition of ripz and what the team's fourth organisation in just over a year is offering:

This is your fourth organisation in just over a year, not counting the time spent as LFO. What is Rogue offering?

First of all, it's nothing to be proud or ashamed of to switch organisations, especially if they keep getting bigger and you keep getting acquired due to performance. I'm very happy to play for someone as dedicated and as supportive as Rogue, they acquired us as fast as possible and have shown us a lot of support in every way possible, as soon as possible for them.

Your team specifically chose ripz to replace Alphama. Could you shed some light on the workings behind this decision?

We've chosen ripz because we wanted a mental pillar at LAN. I don't think our performance is as bad as people go after us for, but sadly our inconsistency and Japan performance has underlined the "curse" again. Sadly, we decided to part ways with Alphama as we felt like a change is needed and we have picked up ripz, a guy AceeZ and I have played with a lot, and he is one of the best German players out there. He is quiet, focused, and dedicated, but what's most important is that he doesnt panic and gives us what we need for LAN.

I really can't underline how underrated ripz is in this community and that people should really look out for players like him.

How will the roles on the team work now? Is ripz going to be a like for like replacement?

Role-wise, not too much has changed. Hicks and I will take over a lot of the hard support while ripz is more of a flex player for us. But, then again, everything depends on the map and strategy.

What are your goals for Season 11, now with Rogue?

As always, the goal is to win everything. Anything below that would be a failure and anyone that is dedicated should always aim for the stars and not the sky.

How does your team plan to combat the inconsistency at LAN? Your team has performed very well at times, and has not lived up to expectations at others.

We are not changing too much for LANs, especially, our way to work is still effective. Yes, we were first-rounded in Japan and had quiet and embarrassing loss against forZe [in Raleigh], but that does not change the fact that Japan was not only close for us, but also for Natus Vincere.

It was the first first-round result I have had with the team, and besides that we finished in second place at both minors we attended while crushing high-class opponents. It was the same at the Major, where we performed well in a "group of death", and with ripz we hope to improve even more than we already have, but only time will tell.

Of course, this wasn't really a consideration, but how does it feel to get the OrgLess gang back together? Your roster is now majority German!

Outside of R6, Rogue holds teams in League of Legends, which recently finished the LEC Summer 2019 in fourth place, and Rocket League, which finished last season's RLCS in the semi-finals. Not only that, Rogue also has players in Smash, Smite, and Fortnite. This cross-region move in R6 is somewhat similar to that of mousesports’ move last year, when the well-known organisation moved from North America to Europe, though it eventually exited the scene.

This Rogue roster will kick off its Season 11 campaign off in mere hours against Chaos with the following lineup: