Mozzie is a defending Rainbow Six Siege operator, who is played in 19% of all rounds in SiegeGG-tracked matches.

Hyper has played the most rounds in their career with Mozzie. They are closely followed by Psycho, whose favorite operator is Valkyrie.

Mozzie is a Rainbow Six Siege defender who was introduced to the game with the release of Operation Burnt Horizon.

There was a lot of hype around Mozzie's persona for a long while after his initial launch since his loadout and his gadget made him a must-have in almost any line-up. Back then, Mozzie had the M1014 semi-automatic shotgun as a secondary weapon, which combined with the pre-nerfed P10 Roni made him a lethal defender capable of helping during the preparation phase.

And let's not forget about his gadget. Mozzie was — and still is — an insane pick. He is far away from his prime version though. Let's find out more about this operator in our operator guide.

Max Goose applied to enter the Australian Defence Force Academy after Year 10, according to Ubisoft's biography. He joined an infantry regiment that used many vehicles, including "dirt bikes and all-terrain vehicles." Goose excelled there and became "the two-wheeler expert in raids, scouting, and convoy operations," Ubisoft's official profile states.

He was handpicked to join the Special Air Service Regiment (SASR). Despite his "driving style appeared reckless," his off-road skillsets and quick thinking were highly prized. His job awarded him with the National Emergency Medal for saving firefighters.

According to Mozzie: "There's no bigger honor than being asked to join Rainbow Six." 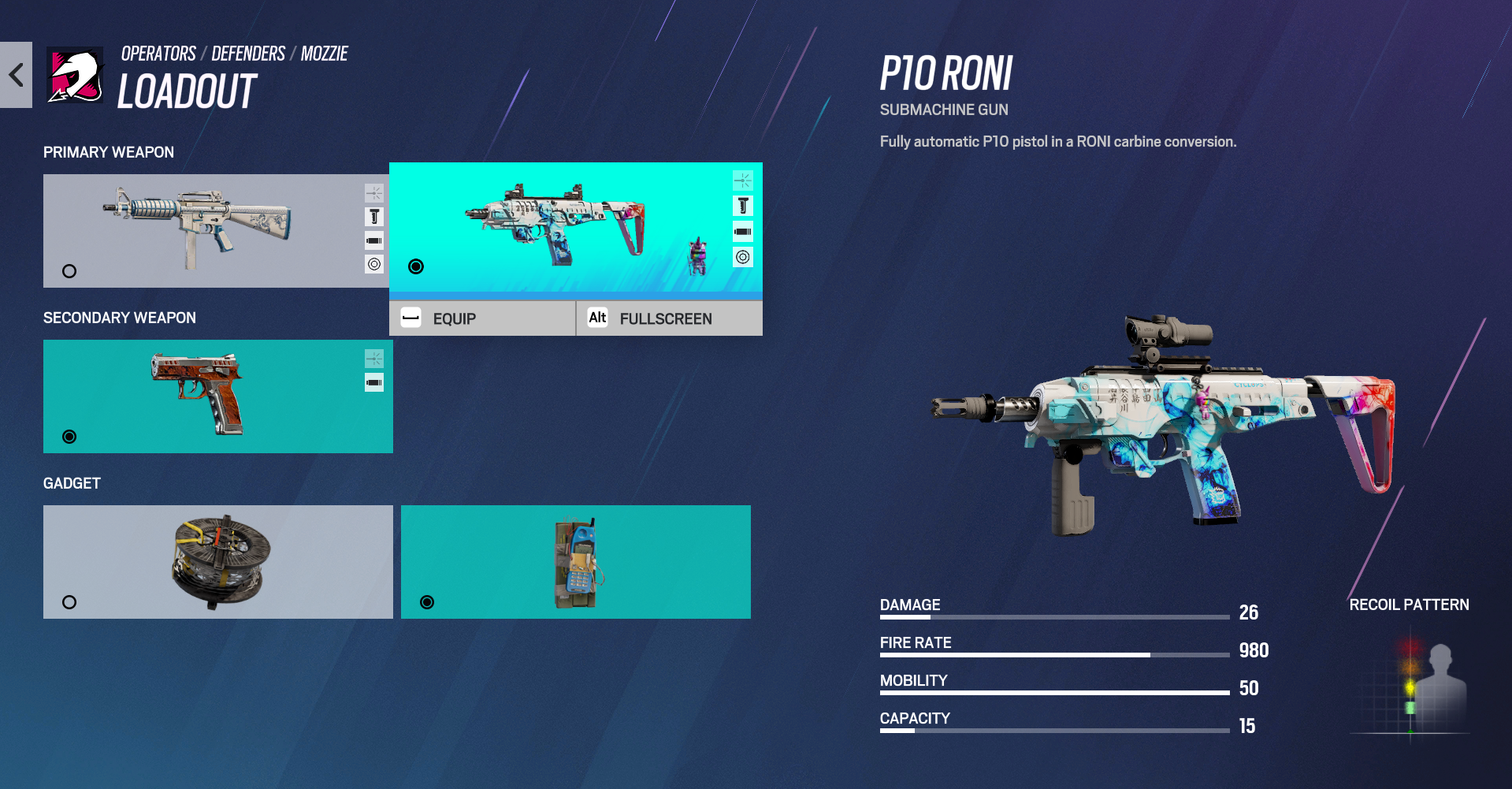 It is hard to say what's Mozzie's best option for the primary weapon. You can choose between more damage, more bullets per magazine, but less fire rate (Commando 9), or less damage, fewer bullets, but a bigger fire rate (P10 Roni). Both weapons are useful and we are sure both will do the job. It is up to you to choose what fits you more.

With only the SDP 9mm as a possible option for the secondary weapon spot, the last decision comes in the gadget space. The majority of players go to the battlefield with the C4, but the barbed wire will always cause the attackers some problems.

Due to Mozzie's loadout and traits — he is a two-speed, two-health operator — he fits the roamer position. He can be found running around the map going for late flanks. However, you can play him as a flex and intel gatherer, as his gadget allows him to hack drones — any kind of drones, including Twitch special drones.

This means that Mozzie can also be used not just as an intel gatherer but also as an "intel blocker." To know more about that, we must understand what's behind his gadget.

How to use Mozzie's gadget in Rainbow Six Siege

Mozzie's gadget is called Pest Launcher. It launches small "robotic spiders" that hack drones that get close enough to it. He has up to three, which can be deployed to any surface or wall on the map. 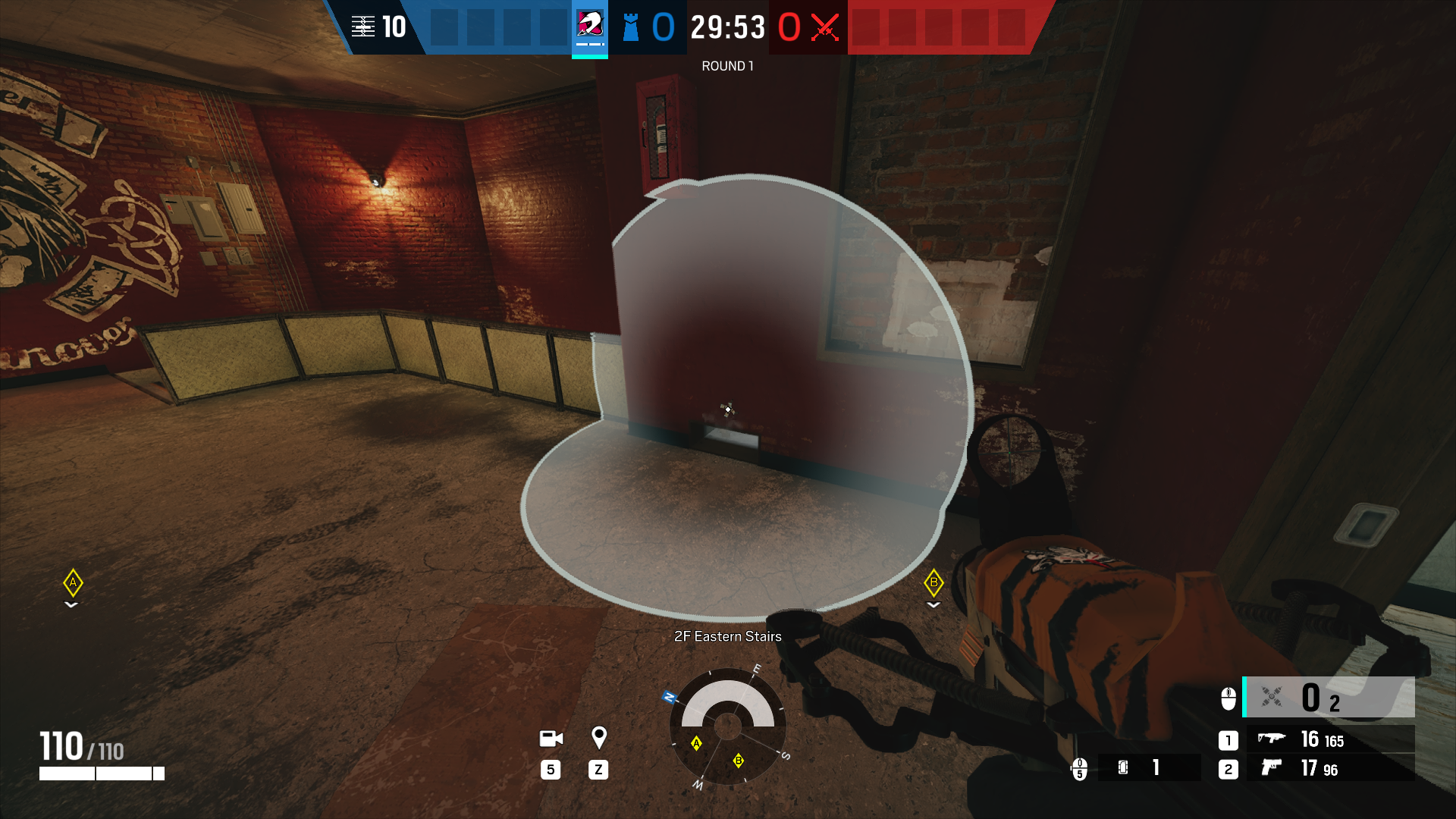 Mozzie's spiders can be put over drone holes, for example. Drones won't be able to go through them unless they want to be hacked. Sometimes, attackers waste a drone to clear that part. Once the drone is hacked, attackers shoot it and throw another one. However, want it or not, they waste a drone — and lose time while doing so. 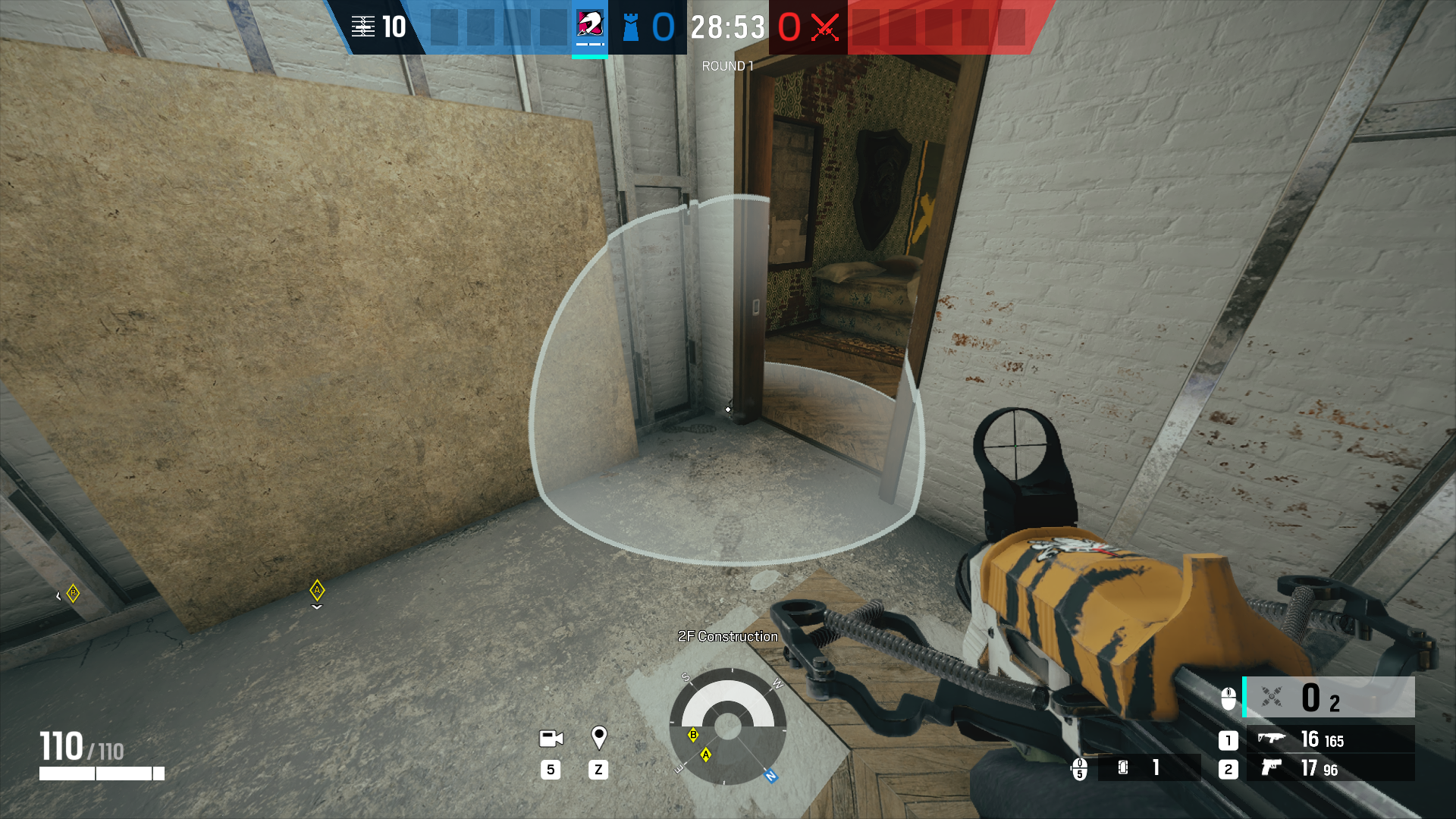 It is common to see Mozzie deploying the spiders next to doors or windows, especially during the preparation phase. Hacking a drone then might eventually decide the round.

Mozzie's gadget can be combined with Mute's jammers. Three robotic spiders and four Mute jammers make droning an almost impossible task to perform. This duo is regularly seen in professional competitions, especially on maps like Clubhouse, where defenders have much freedom to roam and hide. Droning is essential, and defenders can waste much time and utility with this operators' combination.

Literally, any bullet or an explosion will destroy the robotic spider. As we previously mentioned, hacking a drone on purpose and shooting it just after being hacked also does the trick — but at the end of the day, you're left with just one drone instead of two.

Mozzie's gadget is powerful, and that's why there are so many counters. It's why even bullets can destroy Mozzie's nanotechnology.

Mozzie has a bunch of precious weapon skins and bundles. Let's have a look at some of them. 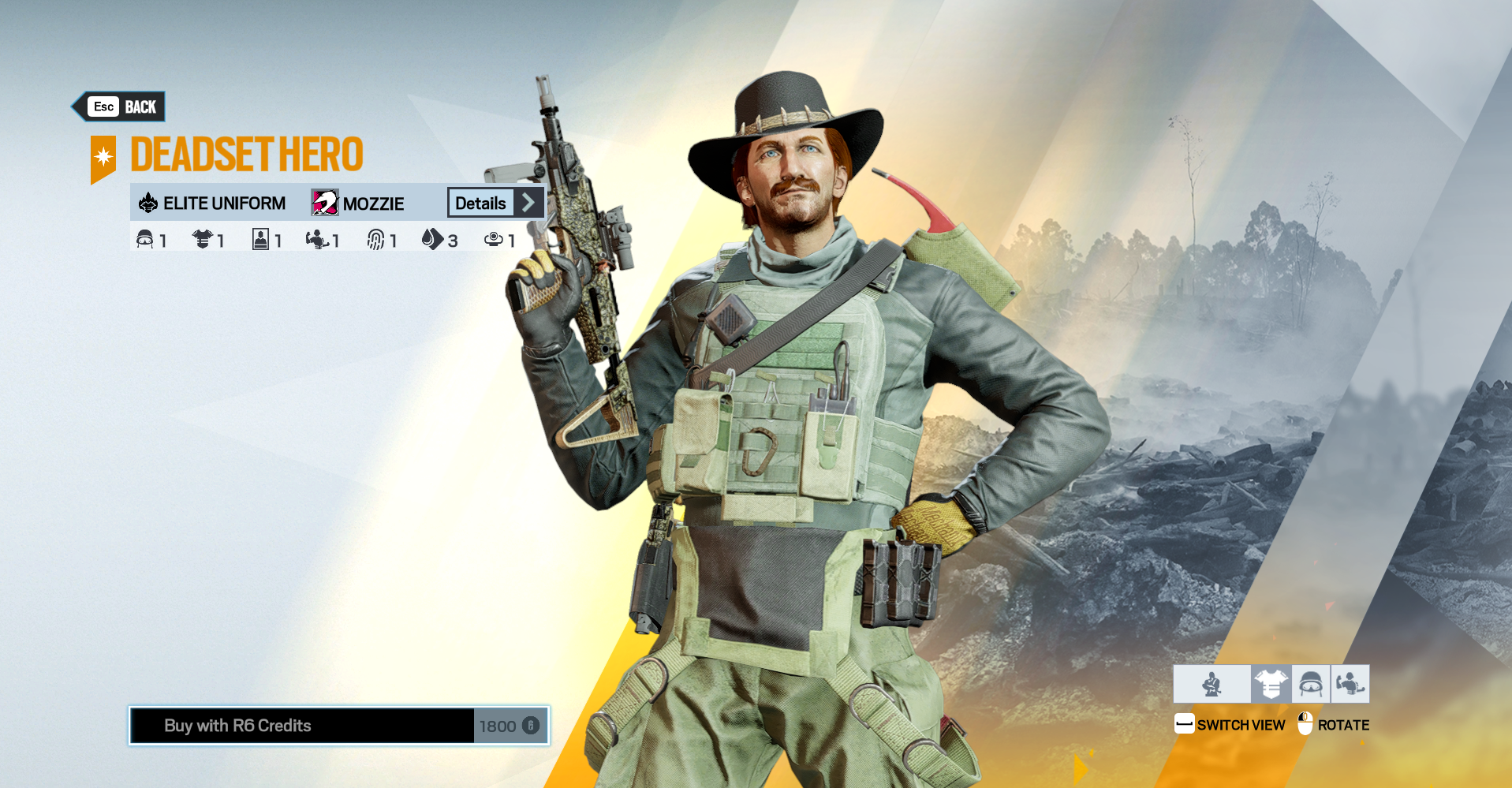 Mozzie has his very own elite bundle, which can be purchased for 1800 R6 Credits. It is a really cool design, with an even cooler victory celebration. We won't spoil you but if you like golf, you might like this skin too. The Six Invitational 2022 champions 2021 esports bundle was for Mozzie! If you want to represent the world champions, you can purchase it for 1680 R6 Credits. Let's show the P10 Roni some love, shall we? The CYCLOPS athlete gaming skin for this gun is arguably one of the best in the R6 Share program. You can purchase it for just 300 R6 Credits.