Maverick is an attacking Rainbow Six Siege operator, who is played in 21% of all rounds in SiegeGG-tracked matches.

RaFaLe has played the most rounds in their career with Maverick. They are closely followed by xS3xyCake, whose favorite operator is Smoke.

Maverick is a Rainbow Six Siege attacker who was introduced to the game with the launch of Operation Grim Sky in Sep. 2018.

He brought something different to Team Rainbow — hard breaching versatility. He can open small holes, big holes, or even destroy full reinforced walls or hatches. Meanwhile, the remaining two options on the hard breaching role back then, Thermite and Hibana, couldn't do that.

Maverick's hard breaching skills and his powerful loadout make him one of the best attackers in Rainbow Six Siege.

Erik Thorn was raised in a multilingual home and was ranked in the top 2% in intelligence, according to his Ubisoft description. After high school, Erik joined the U.S. Army, where he learned Dari and served in Kabul. He was the team's regional specialist, "gathering intel, building networks of allies and safe houses, and tracking hostiles."

Maverick was lost for two years but then re-emerged to dismantle a major insurgency operation. His successful missions caught the eye of Team Rainbow. 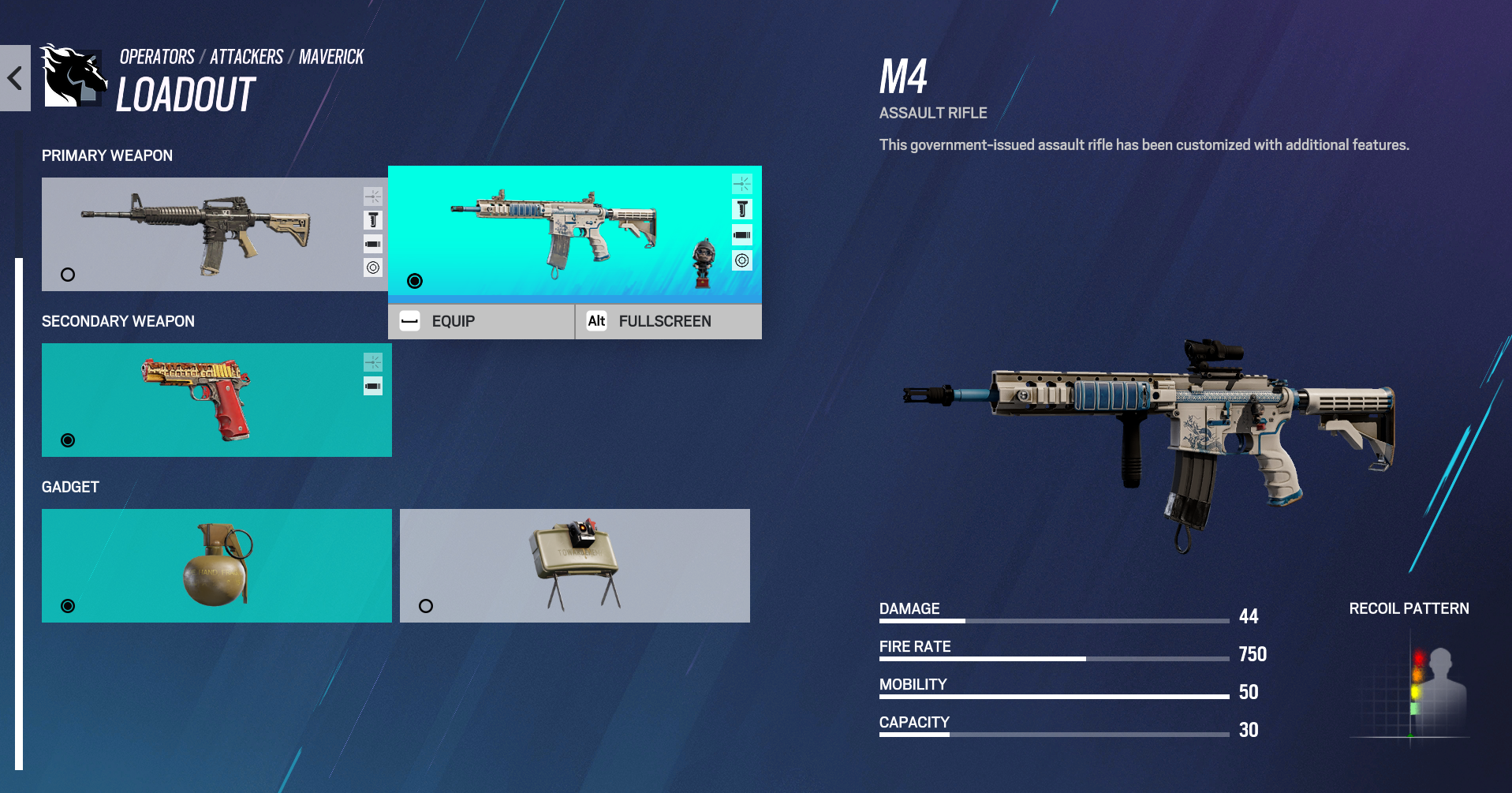 Maverick's kit is perfect for a hard breach. It has great options to use as a primary weapon, and can also bring two fragmentation grenades to get rid of defender utility.

With Maverick only having one secondary gun to choose from, and with fragmentation grenades being a crucial element in any attacking lineup, the only rational debate is on the primary weapon. Although players usually go for the M4 Assault Rifle, a weapon that delivers great damage and has a very decent fire rate, the AR-A5.50 is also a very viable option. However, if you have just unlocked Maverick, we advise you to start playing with the M4.

Maverick is a hard breacher and support. He can open any wall or hatch in the map. His weapon kit makes him a viable option to get important kills during the round. Also, his grenades are usually used to get rid of defender utility, such as deployable shields or bulletproof cameras. Remember, fragmentation grenades are extremely useful in Rainbow Six Siege!

How to use Maverick's gadget

Maverick's gadget is the Breaching Torch. It is used to open small holes on reinforced walls and hatches, which makes him the only attacker with such skill.

Maverick can also use his Breaching Torch to open hatches or big walls -- to perform the latter, he must be combined with a soft breacher like Buck, Sledge, or Zofia, like the previous video shows. First, Maverick draws two lines on the reinforcement, making the wall go soft. Then, another operator opens the wall with a projectile or a shotgun.

Although this is a very powerful tactic that we really recommend you to master, Maverick's gadget tends to be used as a hole-maker which attackers use to throw utility inside the site. That's Maverick's grenades' time to shine.

Maverick's best counters are Jäger and Wamai — who can get rid of Maverick's grenades — and Kaid, Bandit, and Mute, who can electrify or jam any reinforced wall in the game.

Keep in mind that when Maverick uses his Breaching Torch, he is exposed to any defender. He can't quickly swap to a gun to defend himself. If a defender catches him red-handed, he will surely lose the gunfight. So, we could say that, at the right moment, anyone can be Maverick's counter.

These are some of the best Rainbow Six Siege skins for Maverick. 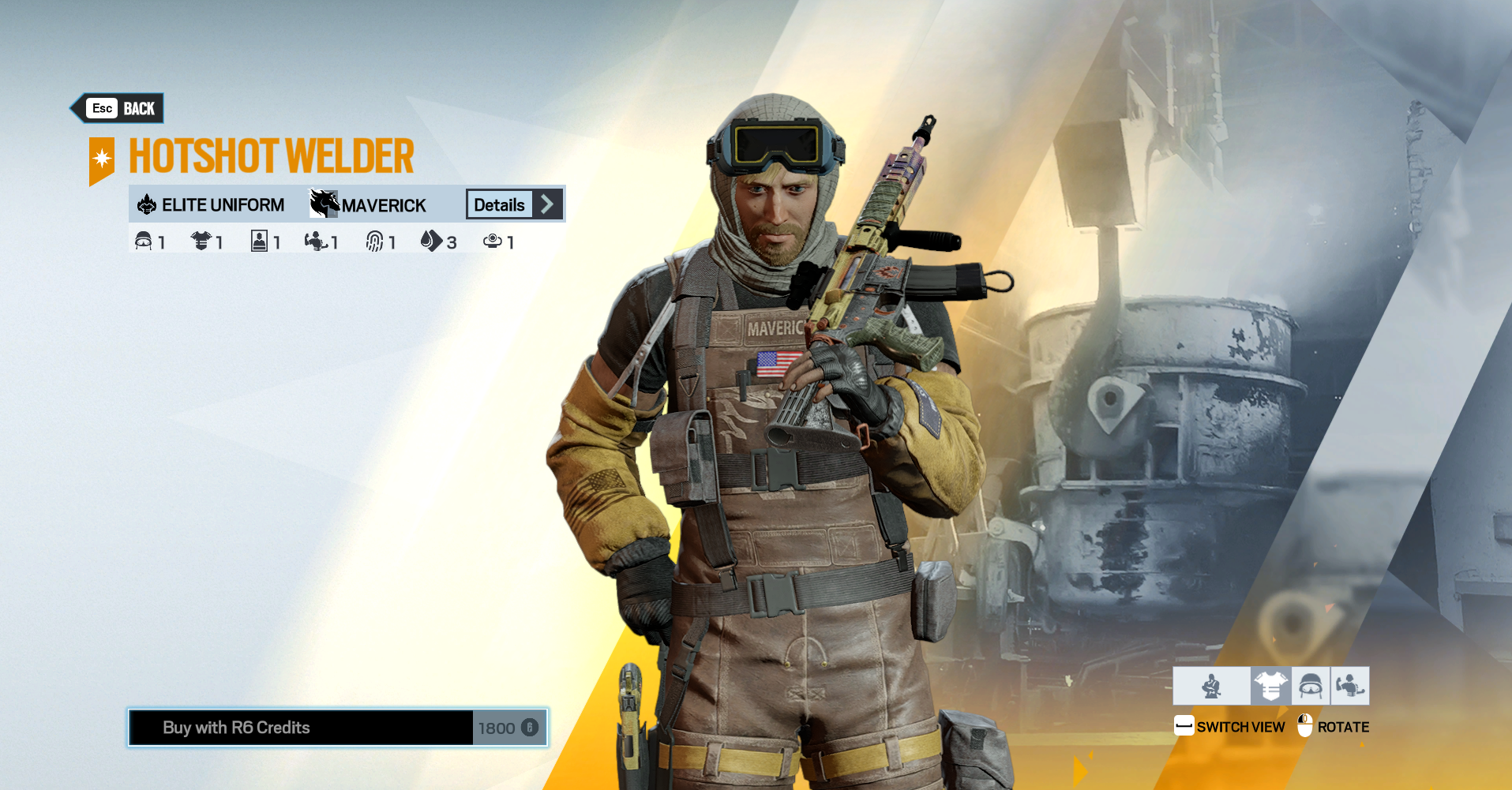 Maverick's Elite Bundle is possibly one of the best in the game. Get ready to fight on the battlefield with Maverick's welder uniform and skins. You can purchase it for 1,800 R6 Credits. 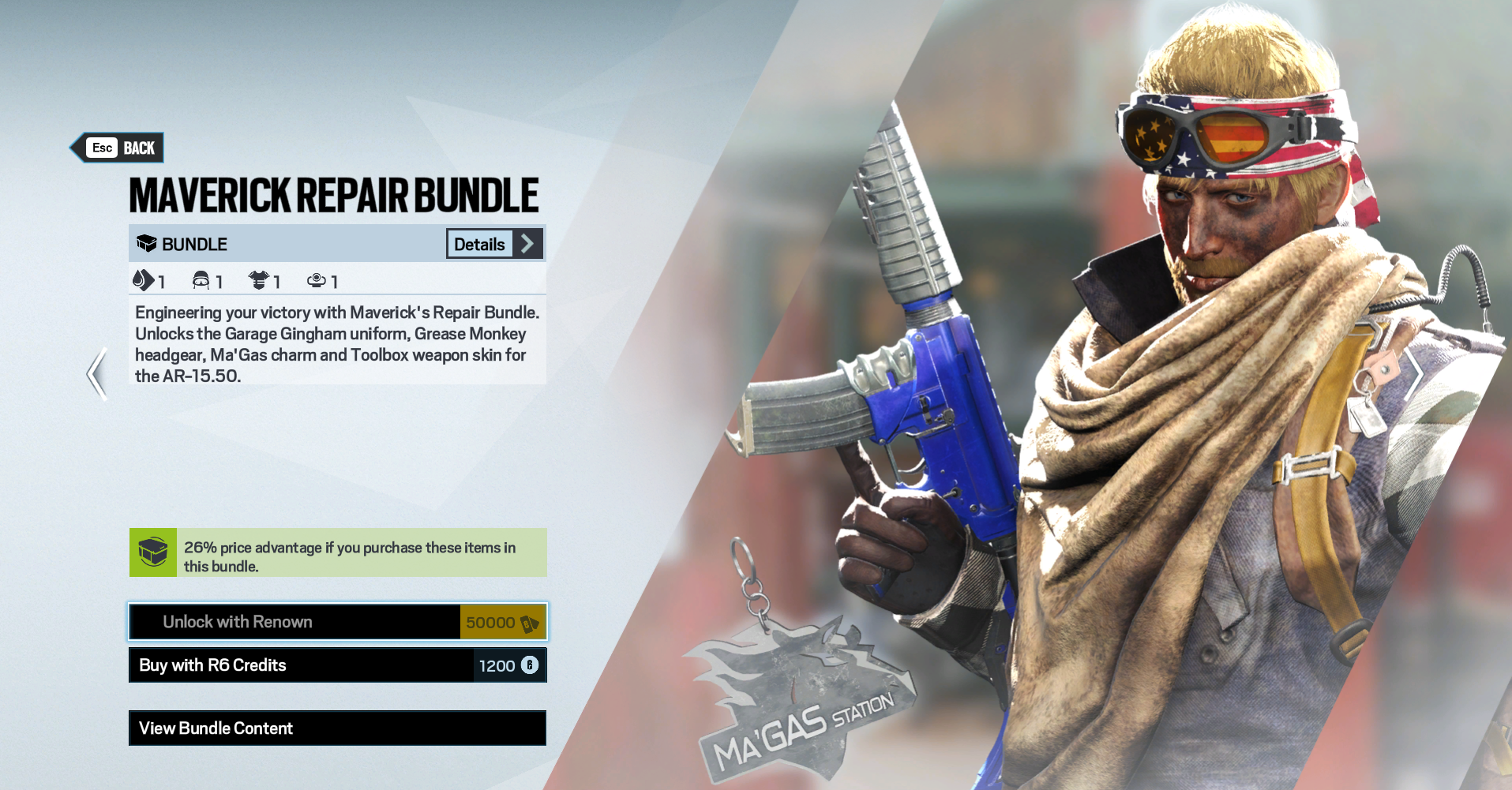 Maverick's Repair Bundle is a bit... patriotic. Well, either way, this is a very good option if you don't have any cosmetics for Maverick. You can purchase it for 50,000 Renown or 1,200 R6 Credits. 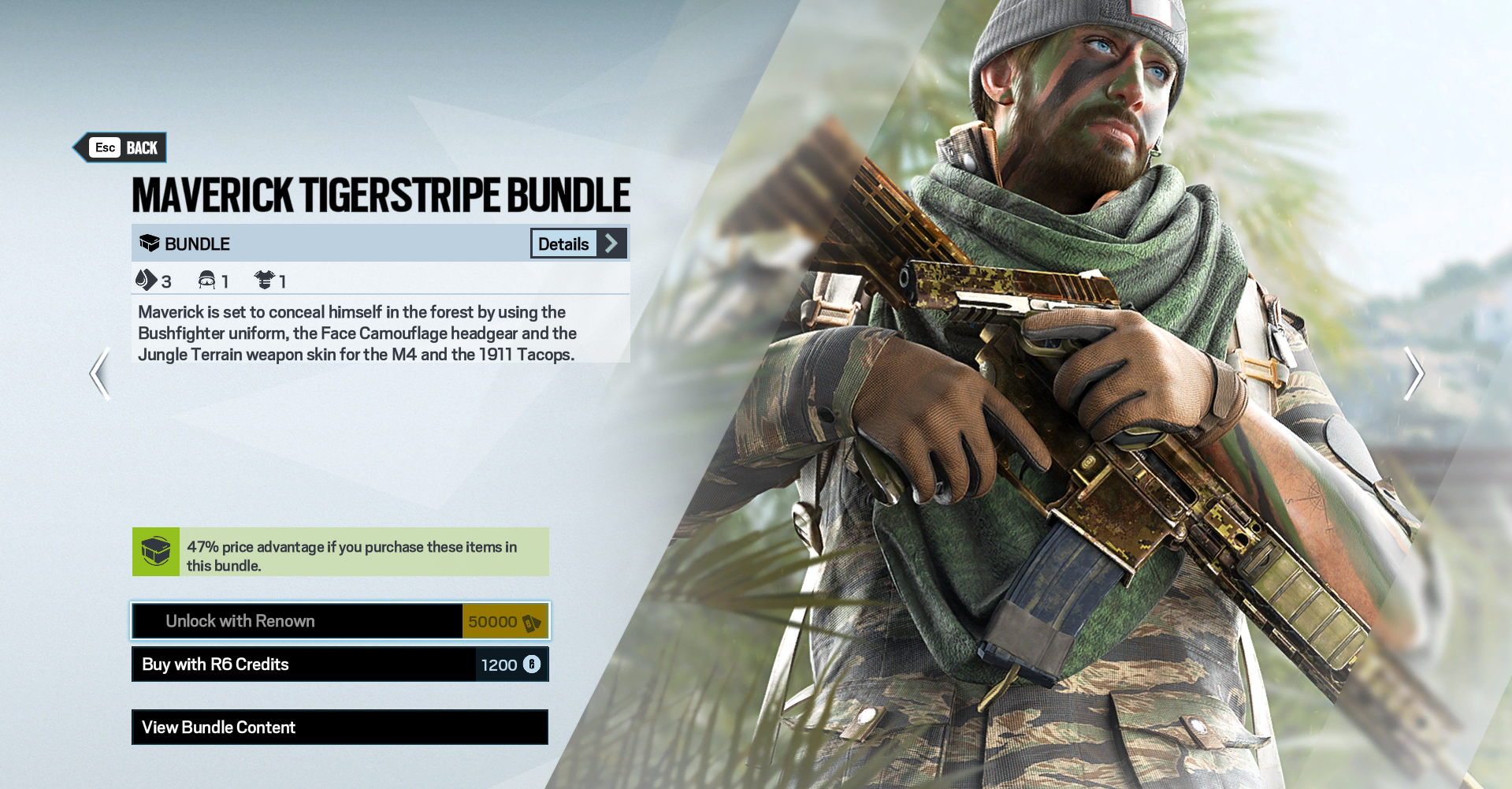 If America isn't your thing, then maybe you prefer the natural beauty. If that's the case, this bundle is made for you. The price is just the same, 50,000 Renown or 1,200 R6 Credits.