This is how many players were banned from Rainbow Six Siege

The anti-cheat update is here.

Ubisoft recently tweeted the official anti-cheat report for June 2022. The tweet included ban numbers for the month of May and improvements that have been made to address the continued threat of cheaters and hackers.

How many were banned from Rainbow Six Siege in May 2022?

The Twitter thread included a chart to show the exact number of accounts that were banned from Rainbow Six Siege last month.

May had between 5,500 and 6,000 bans including Battleye and data bans combined. This is actually quite down from previous months, which could be due to less hackers and cheaters left in the game or issues with Batleye. 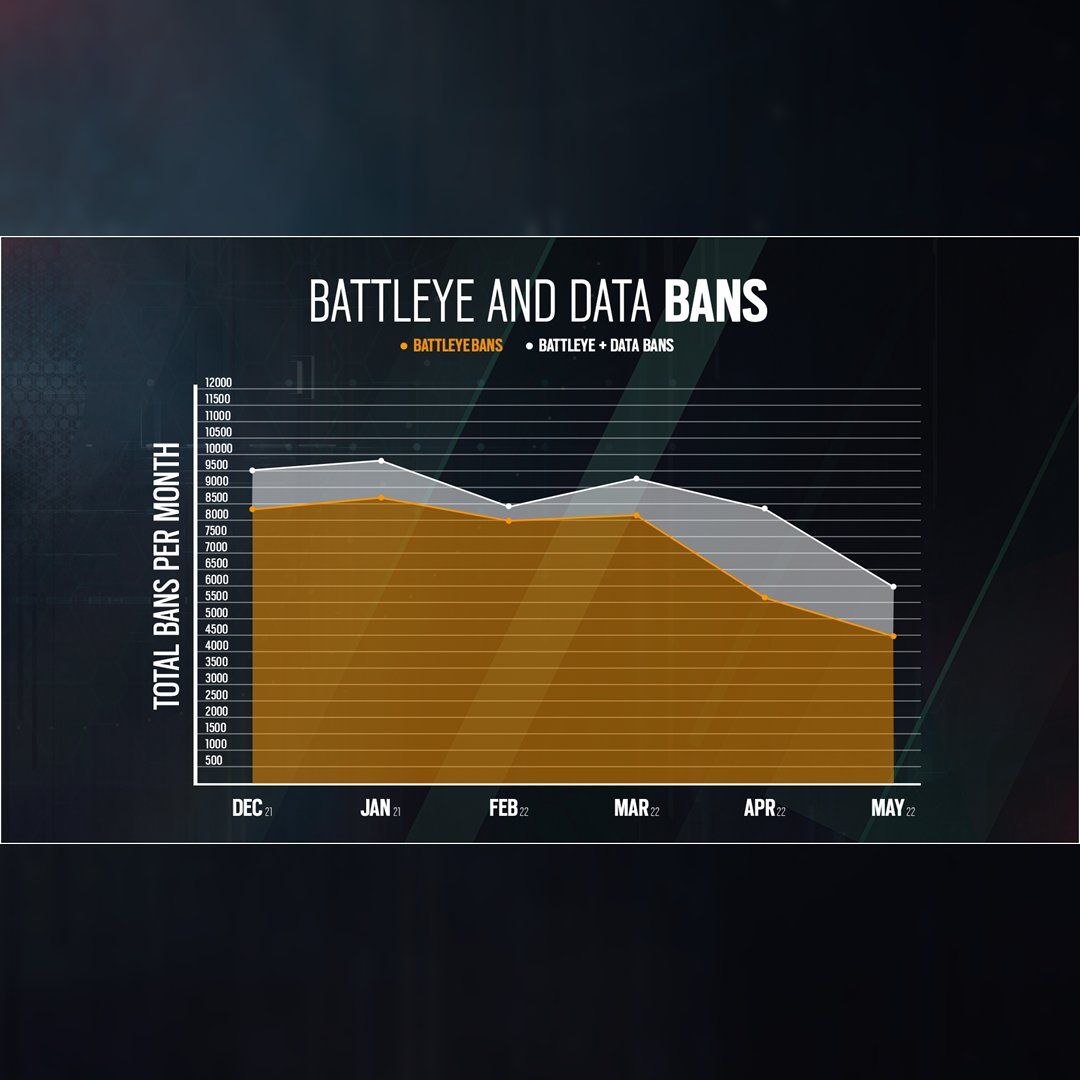 Ubisoft has explained that the way they handle cheating has improved. The most recent updates focused on putting a stop to cheating include:

"Data bans are an important part of our banning strategy, and we're continuously evolving this ban type, ensuring that cheaters can be found and removed from the game while continuing to limit the effect on fair play," Ubisoft explained.

This means that the team will be working on adding extra data points to pinpoint cheaters, which may "take some time." Updates will be available when the team is ready.

"We're confident in using data bans as one of our solutions to cheating, and it's a method that w'ere always working to advance," Ubisoft concluded.

Developers also urge players to report cheaters in-game. Players can send video or photo evidence, provide the player's username and user ID, and provide the date and time of the incident.