Privacy Mode will protect streamers in a variety of ways.

PC players will be able to experience the new Privacy Mode tomorrow, June 14. This is also when Operation Vector Glare drops.

Privacy Mode will have a new menu in Rainbow Six Siege. It will give you options for customizing how you appear in-game. Players can come up with a nickname or be seen as You. To further protect players' privacy, teammates can also be given generic names like Alpha, Bravo, and Charlie.

Should I use Privacy Mode in Rainbow Six Siege?

That's completely up to you and your friends!

Privacy Mode was originally created to help streamers avoid stream sniping, trolling, and other toxic behavior. Streamers who used their actual names would often face a variety of in-game bullying, abuse, and trolling that disrupted the game or purposely made them lose.

"Since January, we’ve been working with a small group of content creators to test Privacy Mode on Siege’s live servers, putting it through its paces with the actual players who had been asking for it," Rainbow Six Siege developers tweeted. 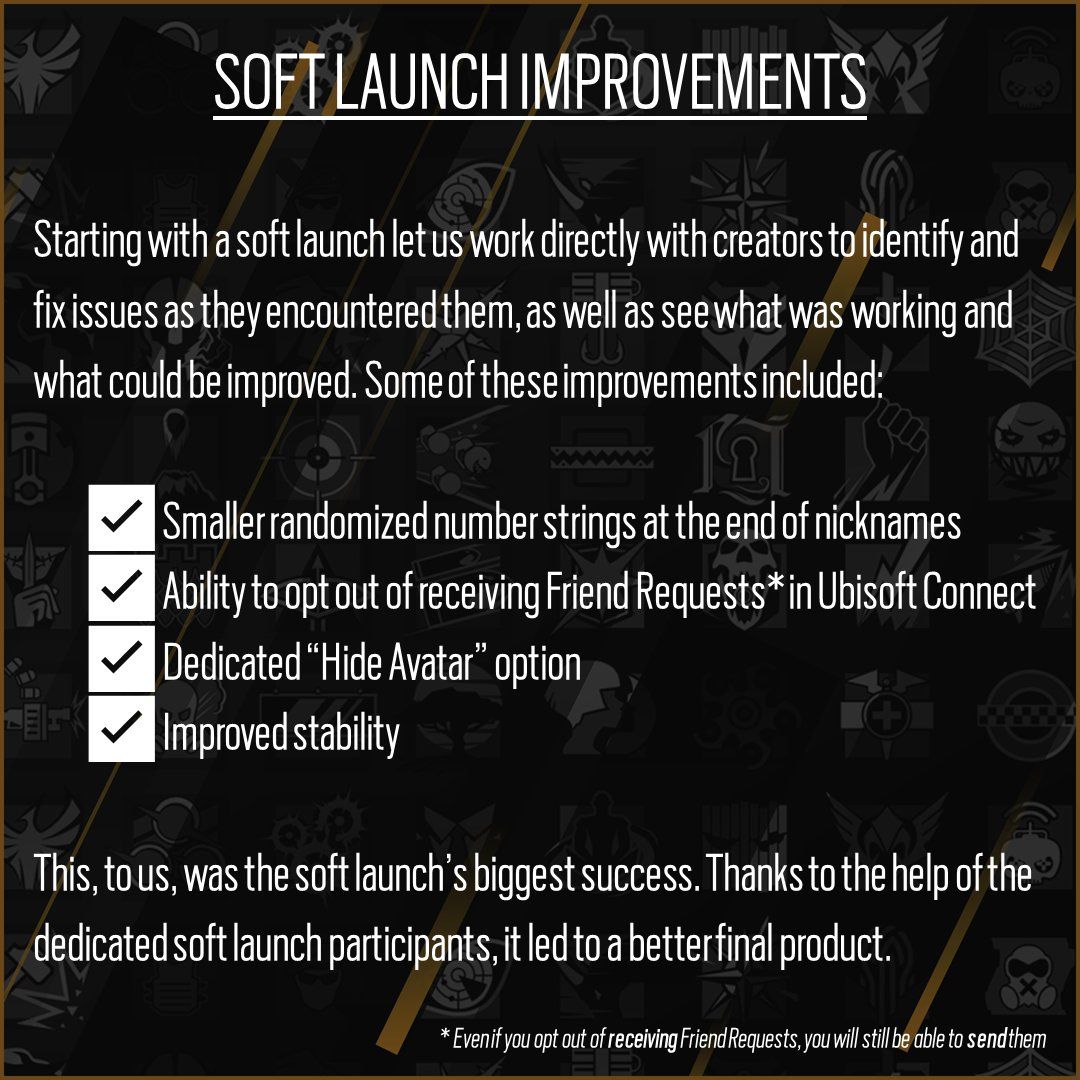 There will also be a new option to be hidden from showing up in Friend Requests. The Ubisoft Accounts website now has this option for players that don't want to receive any requests. It can be accessed here.

"This is just the beginning. We have multiple improvements still to come for Privacy Mode and will be closely monitoring its performance after launch to help guide further tweaks," developers added.

Console players will have Privacy Mode soon, although Ubisoft didn't give a timeframe. This frustrated a few players who questioned if developers "hated" them. While this is standard procedure to give updates to PC first, the lack of a date left many puzzled.