DreamHack Winter 2018: Everything You Need to Know!

The fourth DreamHack of the year begins on Friday with a $50k prize pool and a spot at the Six Invitational 2019 at stake.

UPDATE: The full tournament groups have now been revealed.

DreamHack Winter starts this Friday, November 30th. Like other DreamHacks, this event features a BYOC (Bring Your Own Computer) bracket where teams play to join the invited group stages. From there, teams play on the main stage in a playoff to make it to the finals and fight for the coveted Invitational spot. With everything to gain and nothing to lose, expect to see some phenomenal gameplay in the last pro competition to be played on the Grim Sky build.

G2 Esports: Following their season 9 LAN victory, G2 is on the hottest streak Rainbow Six has ever seen. Winning both the 2018 Invitational and the Paris Major, G2 is poised to clean up handily coming in to Jönköping. Despite dominance in the regular season and at LAN tournaments, G2 did not make it far last time they attended a DreamHack, in Valencia. The team, then still with PENTA, finished fourth overall, losing to IDK (now Team Secret).

Many attributed their performance to strat saving in anticipation of the Paris Major coming up in the next month. This time around, G2 isn’t facing as much pressure as other teams since their Invitational spot is already confirmed, so expect some exciting and unexpected play from the reigning world champs.

PENTA Sports: Making the group interesting, G2’s former org PENTA is also in Group A. The former Mock-it roster comes into the group with the rare claim of being the only team to beat G2 in the regular season. Penta finished 5th in the regular season, but recently won the Castle Siege event, beating out Mock-it. With the third spot in the group undetermined and the only other competition being a BYOC team, PENTA looks like a strong contender to make it out of groups along with G2.

Mock-it Esports: Coming off a first round exit at S8 LAN, Mock-it is in a tough spot. They finished second at the Castle Siege event recently, losing the final 2-0 to PENTA . Their performance this season has impressed many, and the team will be eyeing the invitational spot closely. Expect an even stronger performance from them as their recent loss will certainly be a motivator. Mock-it’s path out of groups includes a BYOC team, Team Empire, and another undetermined spot, so expect to see them make it out.

Team Empire: The Russian dream team is coming in to DreamHack Winter with more hype than almost any other team. After a performance at Invitational as Room Factory and a dominant season in Challenger League, the team won their relegation match in a barnburning 2-0 against ENCE.

The team is another one with a lot to prove. They have made roster changes, joined a new and very big org, and they’re looking for more LAN chances to prove Joystick's dominance offline too. Their path out of groups is also an easy one, as their competition is only a BYOC team and Mock-It.

SSG: SSG comes in to this DreamHack as NA’s only shot at winning a LAN in 2018. After a great season and a close shot at LAN, the pickup of Bosco is sure to be a boost. This pickup is expected to launch them in to the stratosphere, but the team hasn’t been tested so far. Their previous DreamHack ended prematurely as they fell to SK Gaming (now DarkZero Gaming) without much fanfare. SSG will face a slightly harder path out, as there is a full group. SSG will face ex-Millenium and PACT, plus a BYOC team.

Ex-Millenium: After their org recently disbanded, the former Millenium team is out for blood. Following a similar result as SSG, ex-Millenium narrowly missed LAN and will be on the prowl for the Invitational spot. Their season included a switch from French to English comms to accommodate AceeZ, the German fragger. The team won the 6Cup and finished 3rd at Dreamhack Montreal, so expect to see them fight hard to make it out of groups.

PACT: The Polish Challenger League and ESL Masters team comes in as an underdog. Following a 3rd place finish in CL, they narrowly missed a promotion to PL. They left TrainHard to join PACT this season, and their guaranteed spot in S9 CL will mean their captain and IGL will play in every season of Challenger League EU has had. Despite losing two core players, Kendrew and Saves came on to propel the team to a shot at promotion. PACT will face a tough race out of groups, but they have a chance to prove themselves.

Team Liquid: TL finished their season 4th overall, mirroring the result of SSG and ex-Millenium. TL started this year with a lukewarm performance at the Invitational, but they went on to win the Season 7 LAN final against PENTA who had been playing Kantoraketti instead of Shatte for just a week. While some attribute their success there to a handicapped PENTA, they showed a brilliance we haven’t quite seen them replicate.

Following struggles in the online season, they added Paluh and Gohan to form a whos-who of LATAM players. TL is expected to make it out of groups but will have to overcome the LAN struggles they’ve faced this year.

CHAOS EC: Chaos finished the online season just short of a relegation spot, but held on to 6th place. The team has seen little success at LAN, but recently replaced Snooken with Vitoline. This change will hopefully be the switch they need to get back in form. Watch out for some unexpected gameplay from them as they get their lineup all on the same page. They’ll be searching for a path out of groups, but facing Team Liquid and ENCE in groups will be a challenge.

ENCE: With perhaps the most to prove, ENCE is coming in to this DreamHack with all the pressure of being former season champs like G2 and Team Liquid, and all the added issues of a recent roster change having swapping UUNO for Slebben.

ENCE comes in to this with the powerhouse Finnish dominant lineup including Sha77e, Willkey, and Bounssi. With the former world champ back on the lineup, the team lost to an unpredictably aggressive Team Empire in the coveted auto-promotion CL game, only to go on to beat Team Vitality. ENCE will be the team to watch as they come in to this with as much pressure as possible and an impressive lineup.

Another Finnish team joining ENCE, NYYRIKKI comes in to this tournament as a BYOC team featuring Siege icon Pannari. The team has been hunting for a spot in the EU CL qualifiers, and come in to this tournament untested and unexposed. Their path out of groups will require some impressive play, but they have a lot of talent on their lineup.

The former BeNeLux champs and recent finalists come in to this BYOC bracket with the most tested group out of the BYOC teams. Despite a 2-0 loss in the recent BeNeLux final, Trust are a stalwart in BeNeLux and similar European leagues. Expect a dominant start as they claw their way to groups.

In a shocking turn of events, one of many BYOC teams bumped straight to groups includes the team Minigolfgutta (Mini golf boys in English). Their captain, LimeFFS, posted on reddit explaining that the team was a just for fun group of Norwegian e-sports students attending Dreamhack Winter to compete in the CS:GO event under the name NoFo Atlas. They signed up for the Rainbow Six tournament as a laugh, claiming one team member only bought the game last week, only to find out that they had been automatically bumped to groups after there weren’t enough teams to fill the BYOC bracket. Now, the team will play in a yet to be determined group for a shot at the finals.

When are the games?

Where can you watch the games? 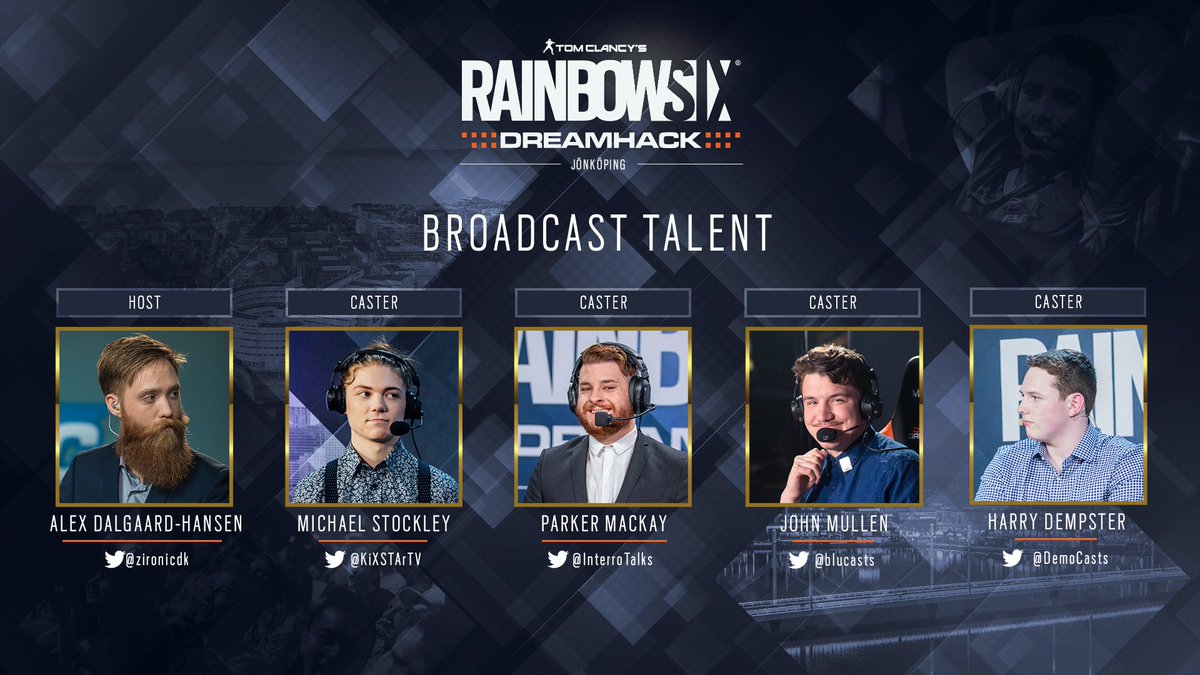 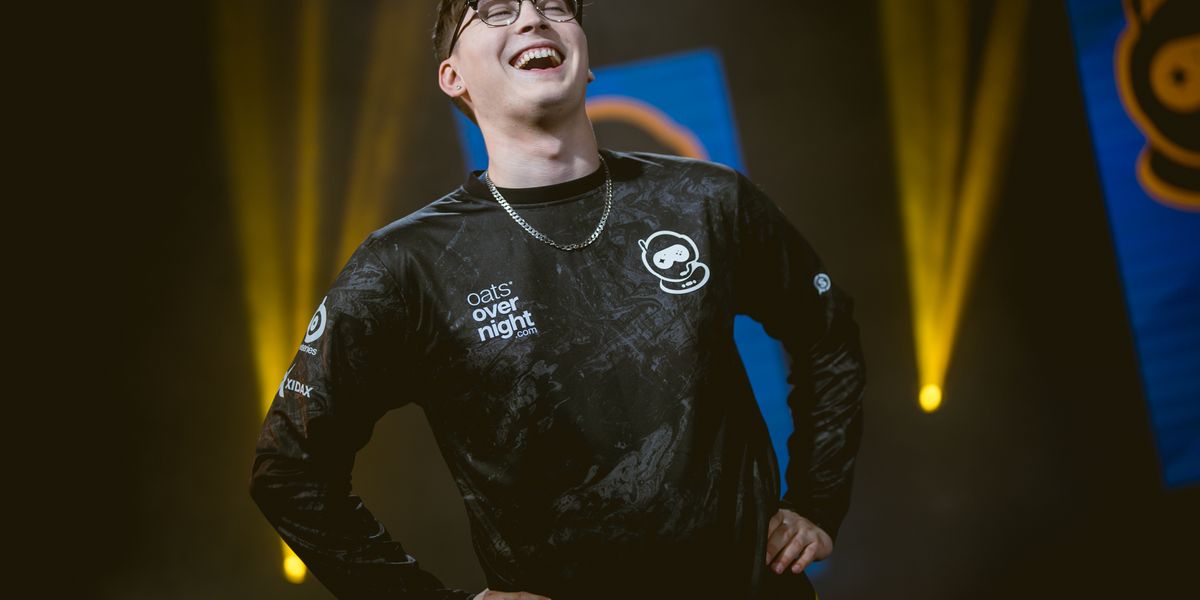 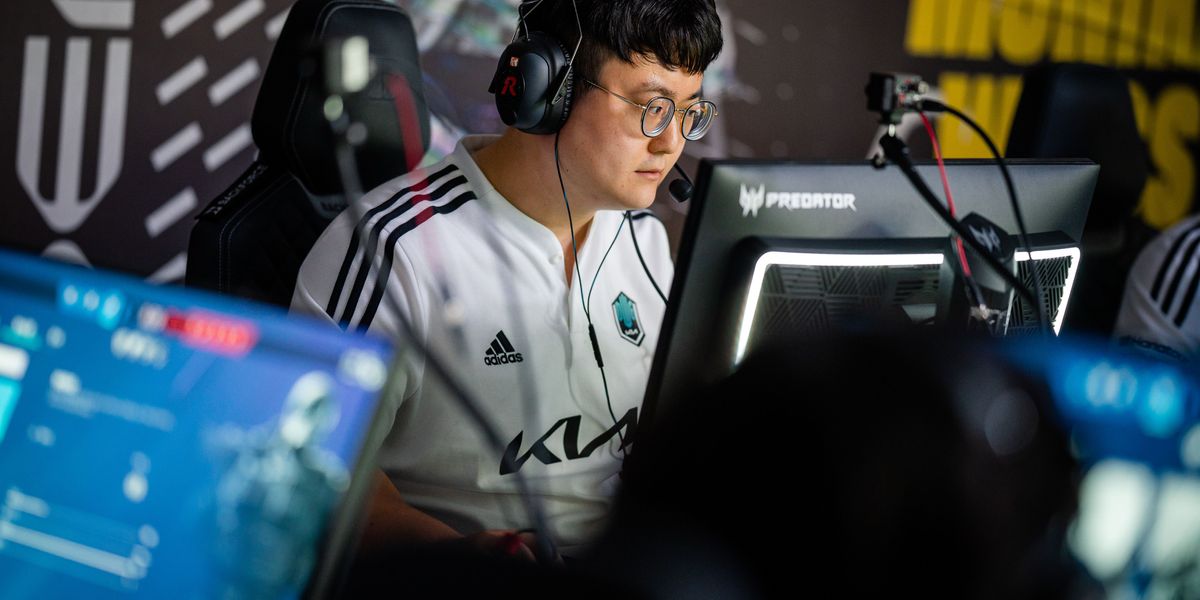