We sat down with Hotancold to find out more about his thoughts on SK Gaming's Pro League exploits in Season 8. 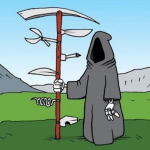 SK Gaming are one of the most storied teams in Pro League -- perennial underachievers who haven't made LAN since Season 4. During Season 8, they were leaders of the North American Pro League at the halfway point, but struggled during the second half, and a loss to Rogue on the final playday dropped them down to third place.

In that game against Rogue, Mint nearly ace-clutched the final round which would have tied the game and sent SK to Rio, but ultimently fell short in the 1v1. We sat down with his teammate Hotancold to hear his thoughts on SK Gaming's Season 8.

How did you make the decision to change EvlWaffle for Nyx and how has his addition benefitted your play style?

The decision to make the change from EvlWaffle to Nyx was made due to play style... we think we were good when we had a secondary support/flex that could be more aggressive and make plays if we needed him to. After about a month of scrims with Waffle, we knew that this probably wouldn't change so we went with it.

I believe in the first half of the season we were the first ones to really have a grasp on the ban phase, and I think we were just clicking in terms of roles at the time. In the second half every other team had caught up to the ban meta, and we tried adjusting roles that didn't work out in the end.

What are your thoughts on Spacestation Gaming (SSG) adding Bosco, could they be a LAN contender next year?

SSG getting Bosco is HUGE. I think Bosco is one of the top players in NA, and I believe the combo of him on Smoke and Redeemer on Maestro/Echo will work very well. I think they have a good shot at making LAN.

How do you think Evil Geniuses (EG) and Rogue will do in Rio?

I think EG will likely take out Fnatic and then lose to G2 Esports, but I believe Rogue could make a really far run all the way to the finals if they play right. Their toughest opponent will probably be FaZe up until the finals.

How has BKN been aiding the team, and what exactly led to the dismissal of your old coach, Ezley?

BKN has been helping our team with staying level-headed during scrims/matches and also giving us one-on-one talks to get us to work on our flaws as players. I think he has helped out Nyx the most with this since he is a really new player to Pro League.

What are you doing to prepare for Season 9?

We are still scrimming every single day, at least 4 hours a day, but we won't really know the meta for next season till after LAN. So right now we're just trying to perfect our roles within the team.

Will we see you participate in any other leagues/tournaments such as DreamHack?

You will definitely see us compete in DreamHack events in the future. Hopefully there will be other tournaments we can attend as well.

Overall are you happy with your performance in Season 8?

I can never be fully happy with a season until we make a LAN, but outside of not making LAN I was really happy with how we came back from a 0-2 start in the beginning of the season to being first in NA up until the end. We fell flat in the second half, but I believe we have what it takes to be on top. Just have to put in the work.

SK Gaming is only scheduled to play in Season 9 of the Pro League next, but with Hotancold's promise at competing in other events such as DreamHack, it is possible we could see the North Americans make an offline appearance even sooner.