In an attempt to shake up their roster, Black Dragons pick up Sm4ll to replace DocKy. 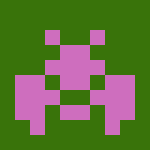 Black Dragons recently dropped DocKy from their roster in favor of Sm4ll, who was formerly a free agent. Sm4ll played in the Year 2 Season 1 Challenger League in LATAM, but did not play in the Challenger League or the Pro League for the rest of Year 2, and Year 3 so far.

DocKy has been playing Siege professionally since Season 4, when the LATAM region was officially inducted into the Pro League. He started his career with Factory Assault Team, with whom he breezed through the Challenger League, not dropping a single map on their way to qualification for the Pro League.

The team was then picked up by Black Dragons, but has found life tough in the Pro League, currently languishing in last place in the LATAM Pro League. The team has performed poorly as a whole, but DocKy's individual play has been especially dismal.

Black Dragons will be hoping that their new addition, Sm4ll, will be able to help them escape relegation, seeing as the team currently resides in last place.

Catch this new Black Dragons roster in play when Season 8  of the Pro League resumes in just a few weeks on twitch.tv/Rainbow6.