Read on for a roundup of all the action from Coupe de France 2018. 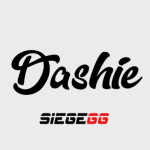 The second annual Coupe De France  tournament was held this weekend, showcasing the very best the French scene has to offer.

The tournament was full of surprises with a series of upsets against experienced teams, such as with Millenium, who lost to DeathroW in a 2-1 series. Millenium had arguably one of the harder paths in this tournament as they rely a lot on counter strats (building strategies to counter another team's specific strategy). During a normal Pro League season, this would not be as big of an issue, as every team will have VOD’s for Millenium to learn from. However, in this bracket, a lot of the teams were less experienced and therefore would not have the same number of VODs available to Millenium. Despite beating Mock-It Esports 2 maps to 1 during last season's Pro League matchup, Millenium was only able to win two out of fourteen rounds, thus getting knocked out of the double elimination bracket.

After a strong showing at the LAN Finals in Atlantic City and emerging from Dreamhack Austin 2018 as champions, Millenium will want to regroup before the start of the season this week to make sure they don't lose the momentum they have heading into Season 8 of Pro League.

Team Vitality had a similar experience, however they were not as reliant on counter strats as much, allowing the team to remain in the upper bracket for the entire tournament. However, Vitality’s signature last-minute pushes ended up backfiring often, resulting in the team losing rounds that seemed in their favor . The team conceded 42 rounds over 4 matches, with a lot of these rounds being lost due to very late plants.

Supremacy, recently promoted to the Pro League via the Challenger League, also had a very tough draw, after losing to Team Vitality in the Semifinal of the upper bracket and then to Millenium in round 2 of the lower bracket.

The winning team Mock-it Esports was the biggest surprise. This is the team who, in Season 7 of the Pro League, narrowly escaped relegations by winning against Oplon, and did not win a single map during DreamHack Austin 2018.  It is also worth noting that Millenium knocked out Mock-it at Gamers Assembly 2018 and also beat them during the online portion of  Season of the 7 Pro League. On their way to the win, Mock-it  faced DeathroW who beat both Millenium and Mock-it in the upper bracket games. Their final game against Team Vitality was hard-fought, but ultimately Mock-it could not be stopped and took the series 2 maps to 0.

Special mention has to be made for Mock-it Academy, who are in the CCS, and DeathroW who are in the Challenger League, for they had strong performances throughout the tournament. Mock-it Academy had a valiant effort against Vitality in the first game, even taking a map from them. They also managed to take a map 6 rounds to 0 against Mock-it Esports in the lower bracket round 2.

DeathroW,  who were relegated from the Pro League last season, beat Millenium and the tournament champions  Mock-it Esports to remain in the upper bracket to the very last game. Vitality then pushed them down to the lower bracket where Mock-it then knocked them out.

Overall, this tournament had some exciting games and much like Disrupt at DreamHack Austin, showed Rainbow Six esports fans not to count out the underdogs right away.

Now that Mock-it has won the Coupe de France 2018, they become the 9th team to be confirmed for the Paris Major later this year. They have also proved themselves to be one to watch out for during the Season 8 of the Pro League.