The ReD DevilS eSports roster consisted of DocKy, LEV1, rdz, DrunkKKzZZ and slasH-. They recently played in Season 7 of the Challenger League, where they remained undefeated, and dropped just 2 maps in the entire season.

The roster then went onto beat the Pro League side of Red Canids 2-1 in relegations, securing themselves a spot in Pro League for Season 8.

Going forward, the team is also guaranteed a spot in the Brasileirão 2018 Season 2, which begins in September. This is a weekly regional offline tournament consisting of all the LATAM Pro League teams, but separate from the Pro League itself.

The team will now be looking for representation before the new season of Pro League begins, as they remain the only orgless LATAM team in Pro League. 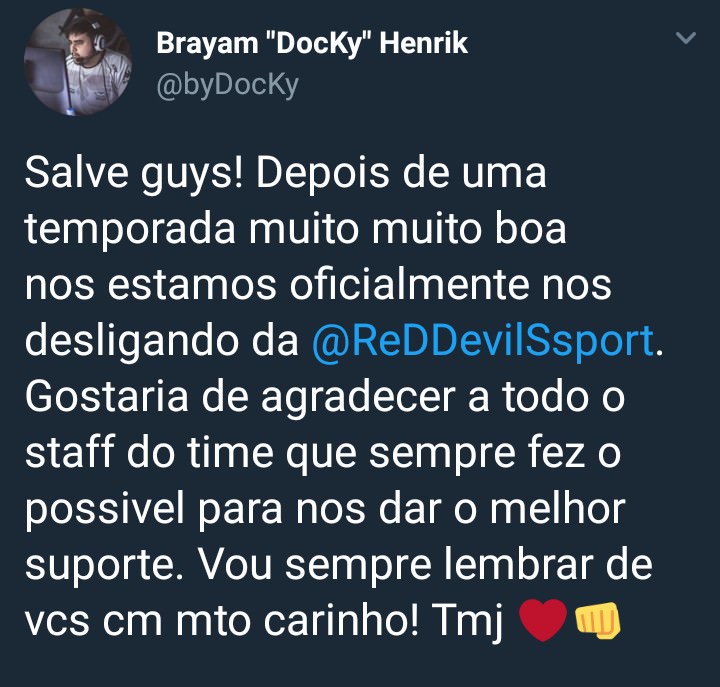 “Goodbye guys! After a very very good season we are officially leaving @ReDDevilSsport. I would like to thank the team that always did all that was possible to give us the best Support. I will always remember you guys!”