Find out why the Brazilian player won our MVP pick. 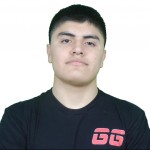 Andre “Nesk” Oliveira of Team Liquid is our MVP of the Season 7 Pro League Finals.

His overall rating for the Finals was 1.53 while maining Ash and Bandit -- two operators that fit his playstyle to a tee.

Nesk’s insane gun skill and fragging ability was on full display throughout the entire tournament. His 81 kills and 44 deaths in 64 rounds gave him an average of 1.27 kills per round, and he had 20+ kills in all three matches, showing his consistency as a fragger.

Nesk’s best performance was against Millenium in the semi-finals, where he got 38 kills during the series with 19 coming from Border (Map 3).

He also was putting his fragging ability to work while playing support-oriented operators Smoke and Valkyrie.

The Brazilian has been talked of as one of the best players in the world ever since he exploded onto the scene with a debut Grand Final appearance in Season 4, and even more so recently.

Now that Nesk has a Pro League title under his belt, he is definitely proving his case. Juhani “Kantoreketti” Toivonen was the runner-up for our MVP pick with a 1.33 rating.

To see all the great plays by Nesk and other pros during the Finals, click here for some highlights!