How to be better at Echo in Rainbow Six Siege

Echo is one of the strongest anchors in Rainbow Six Siege.

Earlier this week, we had a look at the anchor role in Rainbow Six Siege and the operators that can fulfill this role. Smoke and Mira arise as two valid options to anchor in Siege for obvious reasons — but imagine an operator that can constantly supply teammates with information and whose ability consists in stunning attackers and stopping planting animations.

Well, that's Echo. The Japanese operator is the perfect anchor in Siege, with a deployable shield, two almost-invisible drones, and a good kit of weapons which includes a primary weapon with a silencer and a x1.5 sight, and the Bearing 9 as secondary.

How to be better at Echo in Rainbow Six Siege

Although his kit of weapons might tempt players to go for kills or even spawnpeeking attackers, the truth is that Echo is just like any other anchor: he was born to play from site. His Yokai drones can stun attackers so hard, that they will be disoriented for a few seconds. The stun can also stop planting animations, so having an Echo at the end of the round might change everything no matter what's the situation. This means that his life is priceless, so don't overpeak!

Instead of doing the pew-pewing, Echo focuses on supplying information to his teammates. This means that the intel-gathering operator stays in cameras for the whole round. His callouts are important, so you must spill them as clear as water.

If you want to improve at playing Echo, you must understand that information is everything in Siege. You can even go one step ahead and place one Yokai drone outside of the site, which can be used as an intel-gatherer gadget.

A good way to improve at playing Echo is by watching professional competitions. The spots used in ranked matches usually come from there. Another way is to explore maps by yourself and come up with spots that can be game-changers. Let's have a look at some of them. 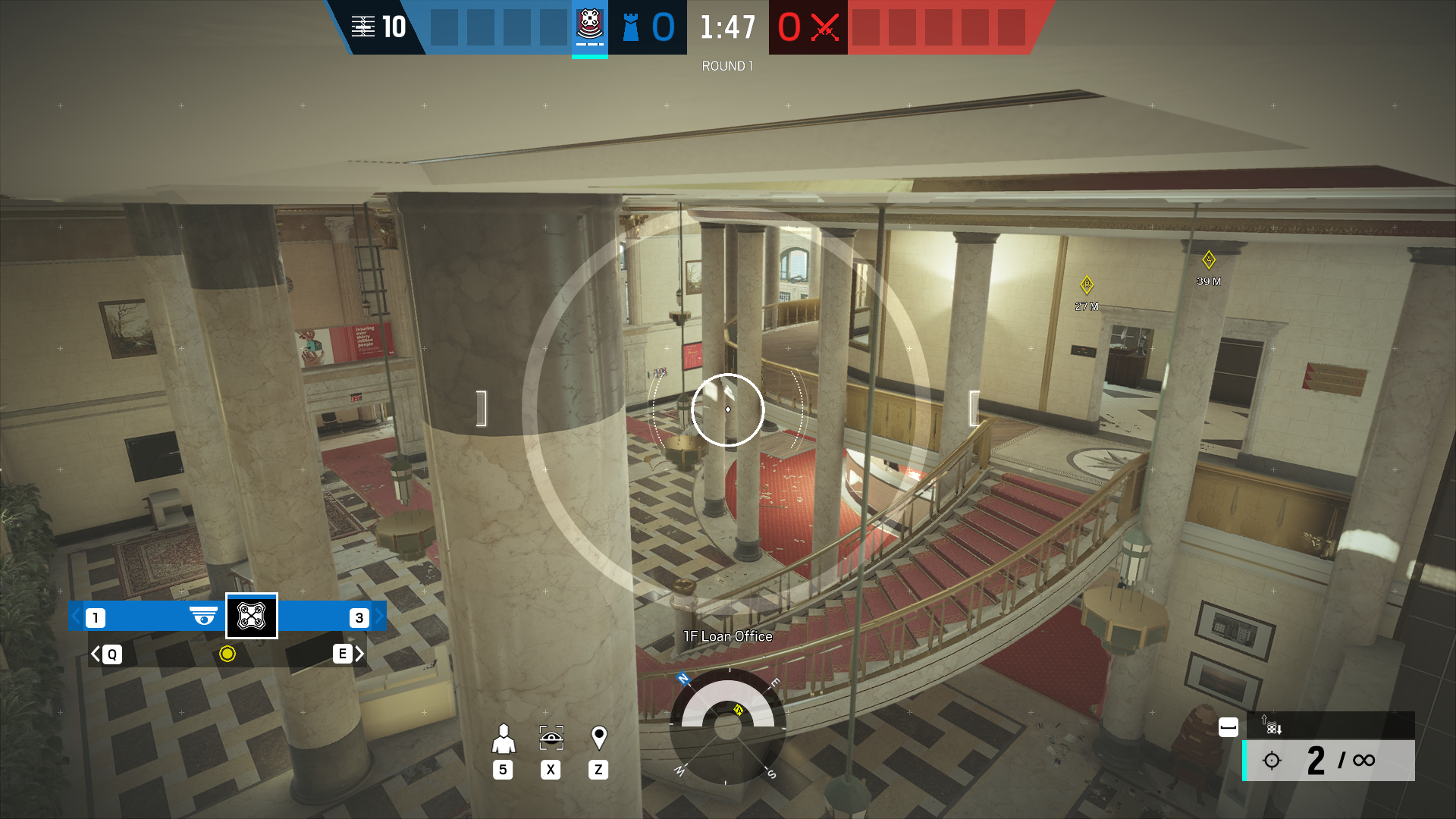 This Echo drone can be easily placed from the top of red stairs, which sticks to the ceiling. It gives plenty of information, especially when attackers push from the lobby or red stairs to the second floor. This Yokai is not stuck to the floor exactly but to the top of a window. This Yokai is perfect to obtain information of the lobby, but also... 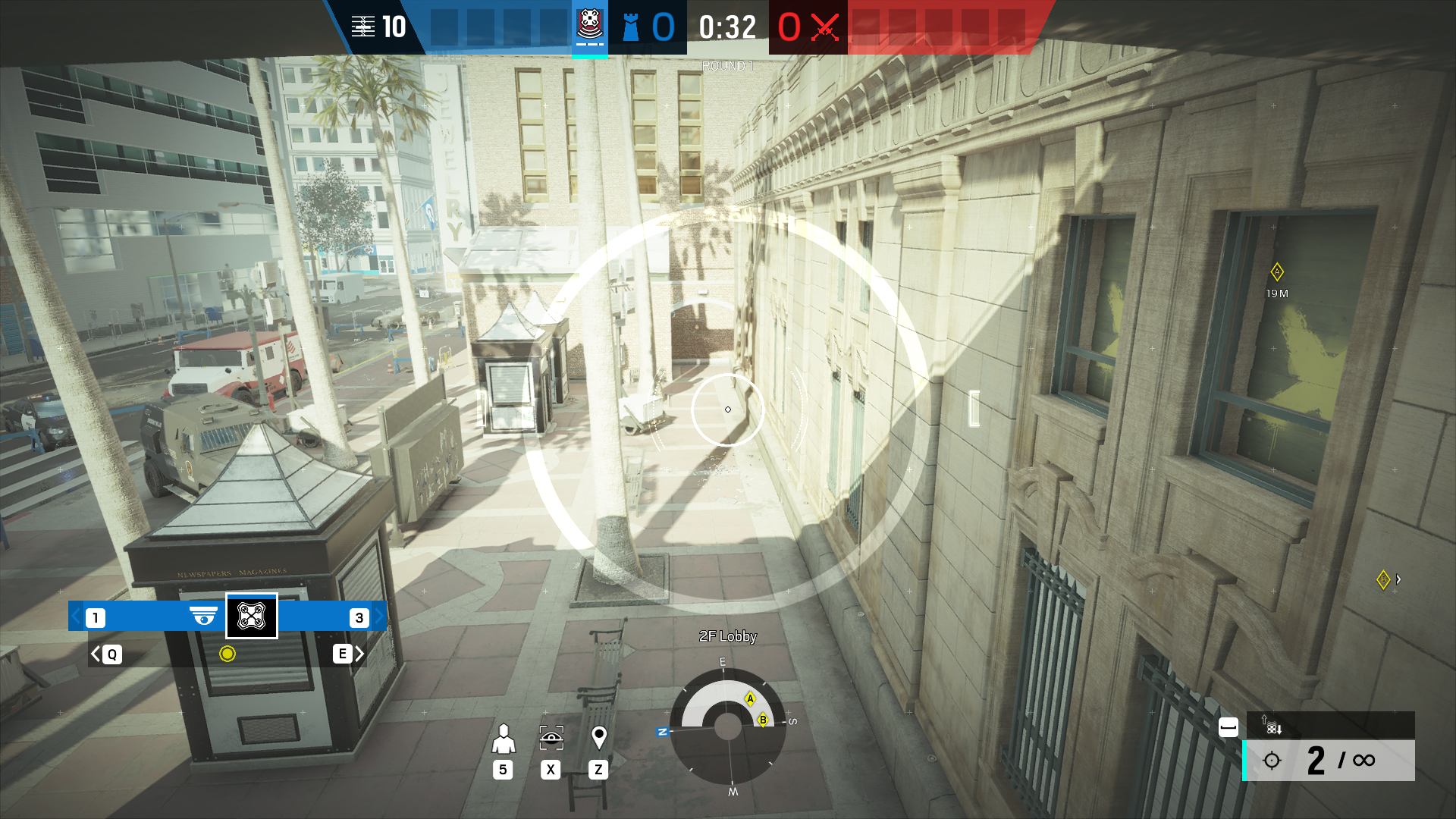 ... of the outside! You can see attackers rappeling and peeking the second-floor site, which is very useful. It's the Echo job to tell his teammates where the attackers are, where will they push from, or if the windows are free. Any piece of information is welcomed. 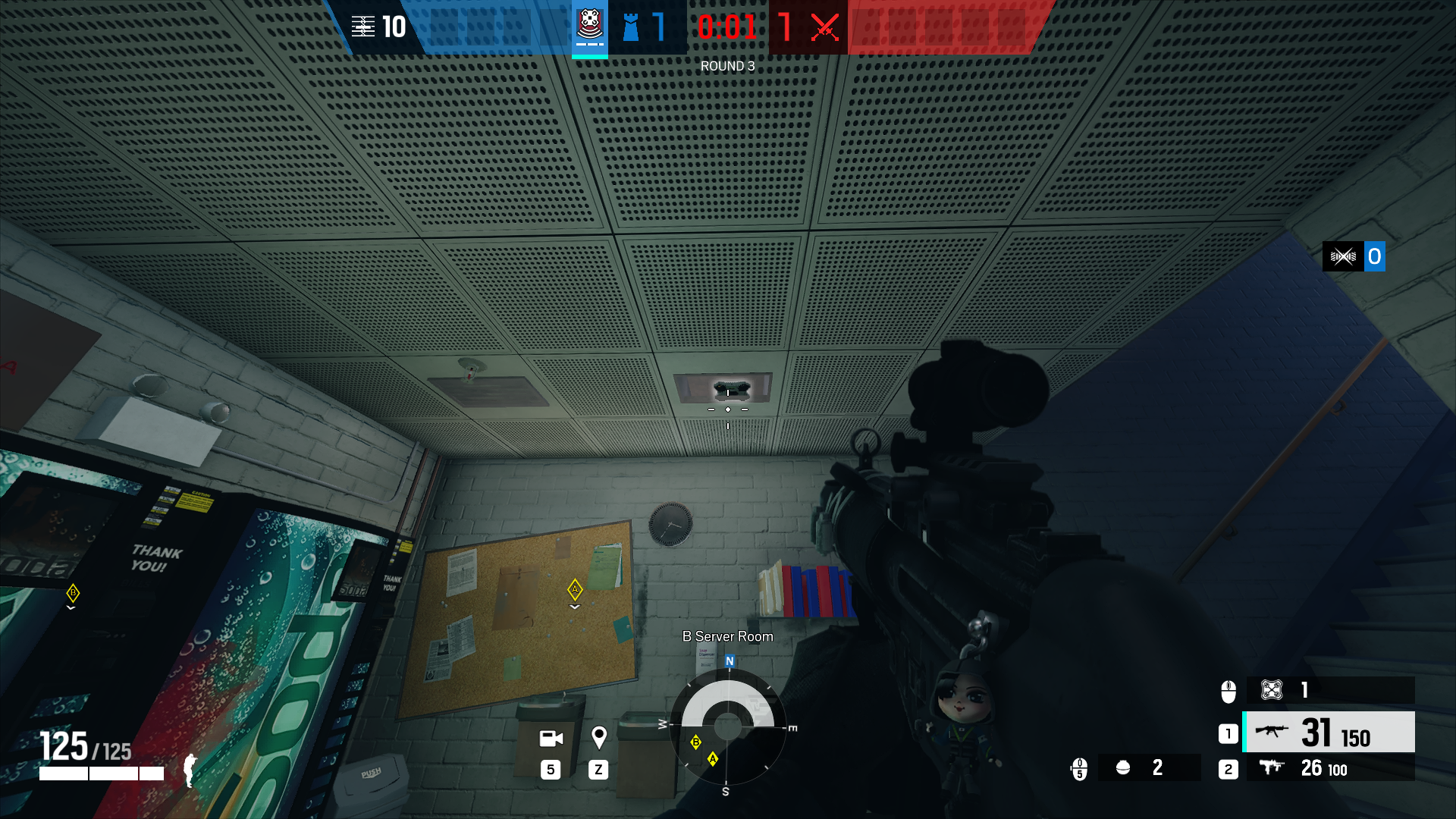 Finally, we have the Yokai spot for the basement. This can be placed in this drone hole, which attackers should always check just in case something is hidden inside. This Yokai gives plenty of information regarding if someone is there — and if you pay enough attention, sound might tell you if they are placing a charge to the wall, or even if they are planting. Remember, ANYTHING gives you information, and any callout can change the round! 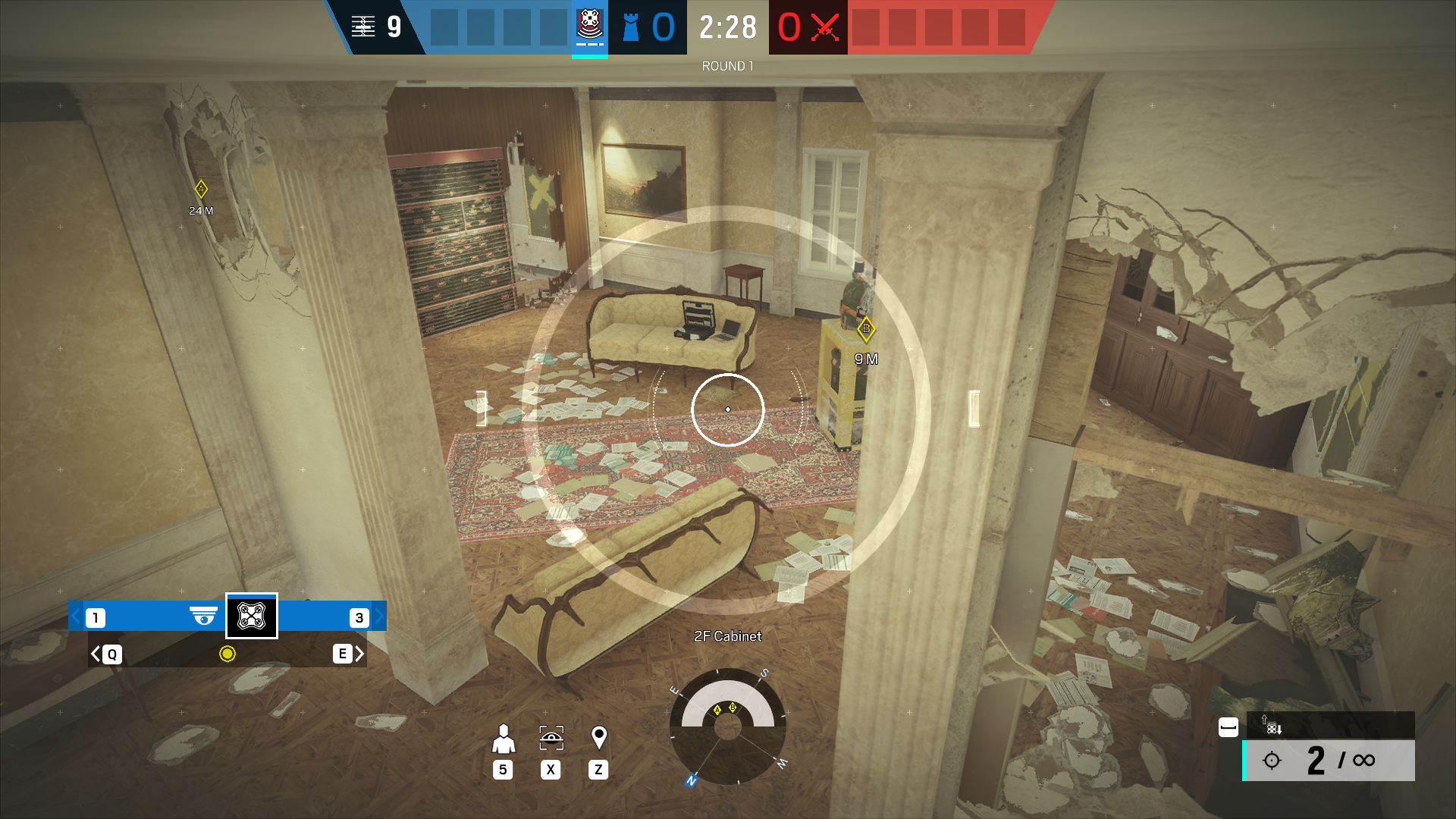 This office spot in Consulate is also a game-changer. This Yokai is used to give information of the office and the piano room. In order to do that, you must open the hatch first, and then play with the Yokai. If you open holes in the wall, you can also see the two windows and the default plant spot, so you can cancel any attackers' attempt to plant. 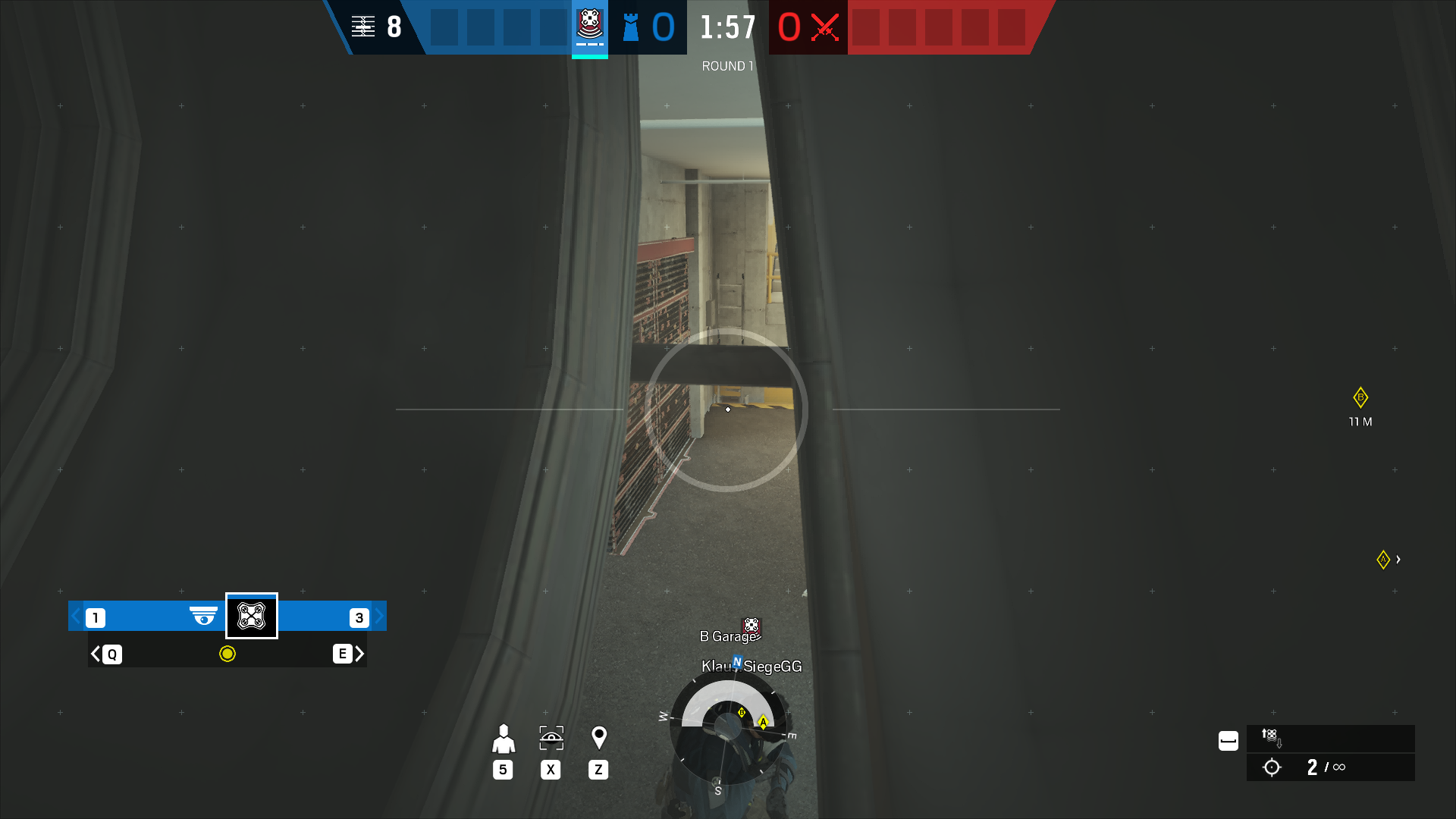 This spot is played on Garage. Attackers usually plant by the white van, so having a Yokai drone around it is very important. This Yokai drone is not only hidden but also gives plenty of information on the Garage wall. Once an attacker starts planting, you just have to move it to the floor, stick it to the ceiling, and cancel the planting animation. Easy as that. My personal favorite. This Yokai is hidden inside the Bar's table, as it's made of wood it is very easy to open a small hole to throw the drone in it. This is not only for this site but for others! Remember that Siege has many walls and objects that can be opened and destroyed.

This planting spot is very common and gives plenty of information about that area of the map. Also, Bar/Cocktail is one of the preferred sites on Kafe, so knowing this spot might be a life-saver. 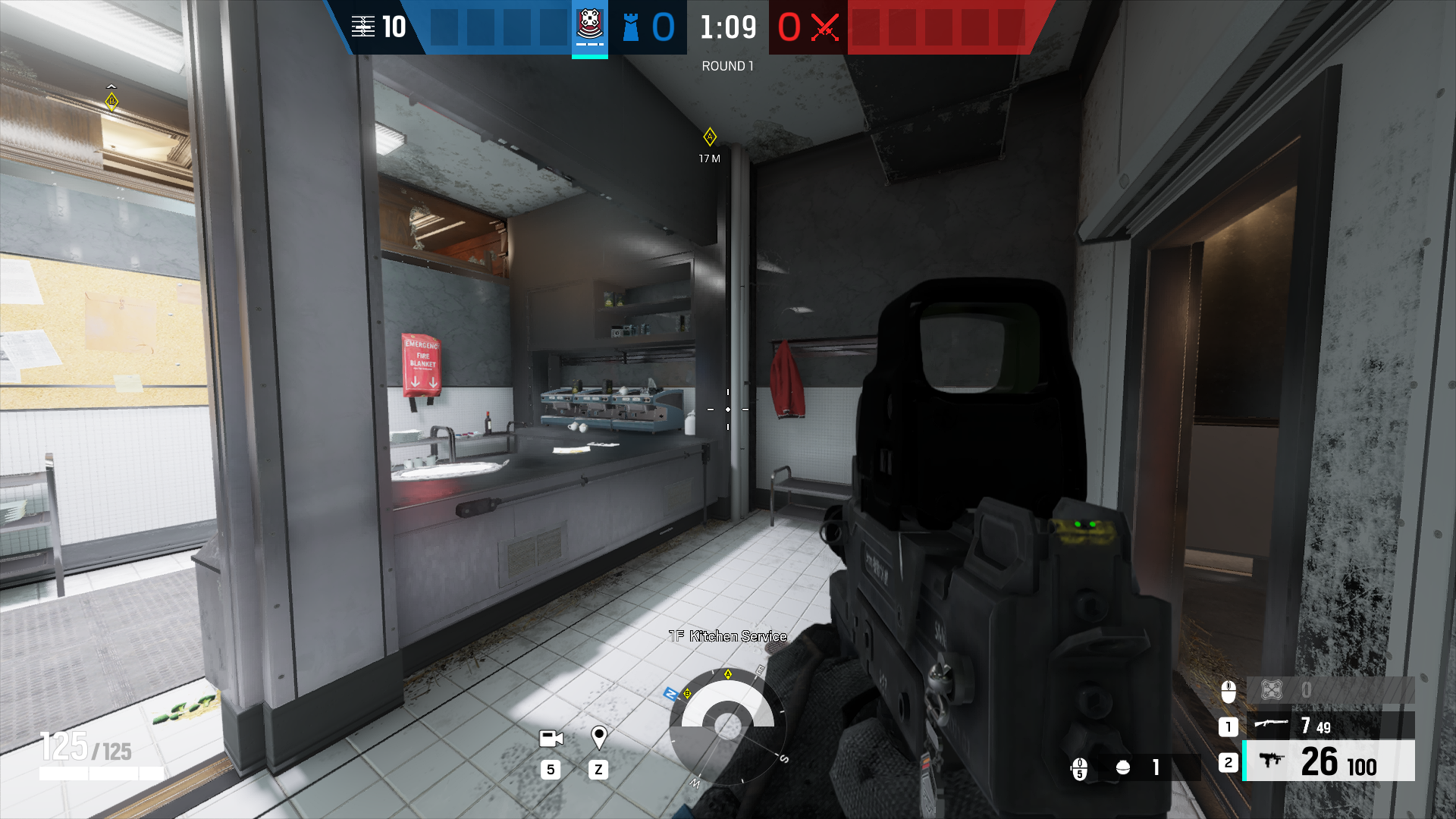 You might not see anything spectacular in this picture, but I promise you there's a Yokai drone in here. 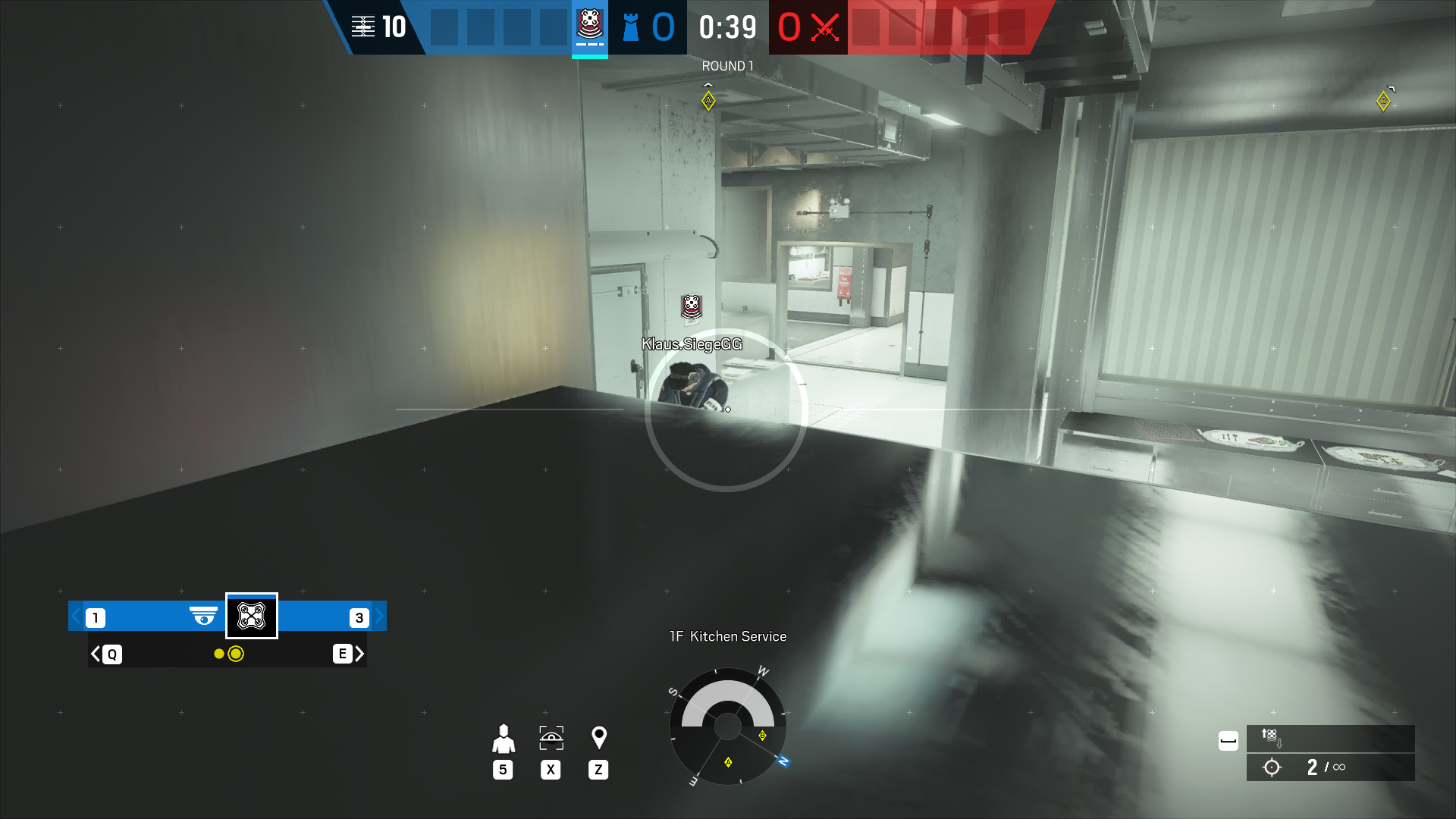 Yes! That's the drone's sight. This is very useful to have as it is a common spot for attackers to plant. So the only thing you have to do is move the drone, stick it to the ceiling, and cancel the animation. 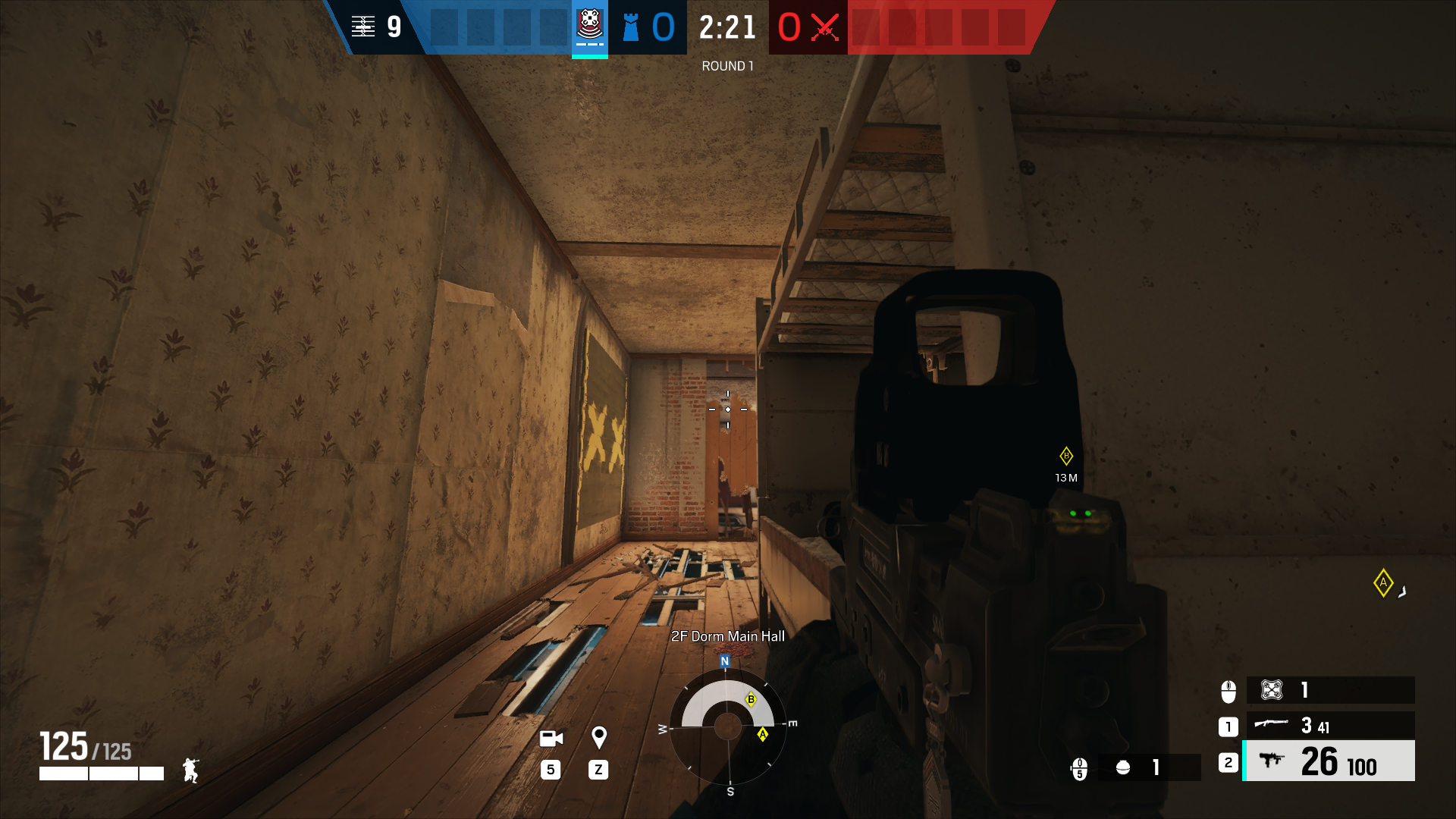 This spot in Oregon is also quite good. The Yokai is just above the hatch, which can be opened just like in the first Consulate spot. With it, you have information on the Dorms and the Kids area, and you can cancel any plant attempt by the bed.

Although Echo's ability is a game-changer, there are some downsides to it.

So, in order to be the best Echo in the game, use your imagination, improve at your callouts, perfect your Yokai game, and play with the site as it was your house! A happy Echo — and two Yokai's ready to cut any plants by the end of the round — is a happy round.