How to rank up in Rainbow Six Siege during the holidays

Get your rank or renown up.

You’re home during Christmas, and you’re a bit tired of dealing with your family. So, to take a break you decide to hop on Rainbow Six Siege for a bit.

You want to rank up, but there are going to be a lot of unique situations around the holidays. Here’s how to navigate them and maximize your time on Rainbow Six Siege.

If you’re looking to get more renown, it’s pretty easy to do so. Hop in Quick Play and begin playing, going for 3-0s.

If you’re a veteran player and you want to rank up fast at the expense of others, use all the cheesy spawnpeeks and rush strategies in the book. During the holidays, more new players are in the game — “Christmas Noobs” are a real concept. If you’re okay with flexing your knowledge of the game for an advantage over players who don’t know any better, go crazy.

Newer players don’t really have an idea of what’s safe and what isn’t. The normal low of Siege is foreign to them, they constantly get stuck out in no man’s land or are surprisingly on your flank in a room no one normally uses. As long as you check your corners and don’t get caught off guard, you should be able to use your knowledge of the game to win games quickly.

In order to farm renown fast, you need to win games fast. So pop a booster, hop into quick play, and slam those newer players. 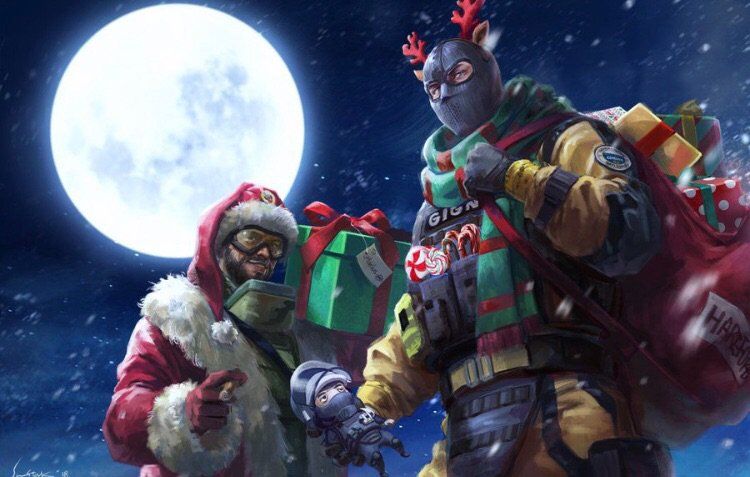 First things first, you need to be conscious of the time you’re playing. A ton of the best players in your region will primarily play at night. If you’re looking to rank up – play during the day, when the majority of the people playing will be people playing more casually.

There’s a sweet spot though — the people playing in the mornings on Christmas will likely be the people most dedicated to the game (not to their families). In the afternoon there will be a lull where people will be moving away from family time to do different things, and then at night the real demons will be on.

Beyond that, you should be attempting to play the game the way it works in ranked. Use ping to your advantage, and swing everything.