Siege’s Mr. Worldwide: Alphama and the difficulties that players face when switching regions

Alphama is the only Siege professional to have played in three different top-flight leagues.

Following various seasons in France, where he started his professional career, this player then moved to Las Vegas to live his own American Dream. Then, he moved to Asia, where he is still competing at the highest division in the region.

If we put it like that, it reads as if we are talking about a football player who enjoys moving around the world. A personality such as Zlatan Ibrahimovic, but probably a bit more humble and less egoistic. Or like Gareth Bale, but who actually melts into the country instead of spending time playing golf.

But we are not talking of a football superstar — we are talking of a Siege player, one that has always loved playing, winning, having fun, and overall, enjoying life. Thats Léo “Alphama” Robine, Siege’s Mr. Worldwide.

From a rural place in Normandy to Las Vegas 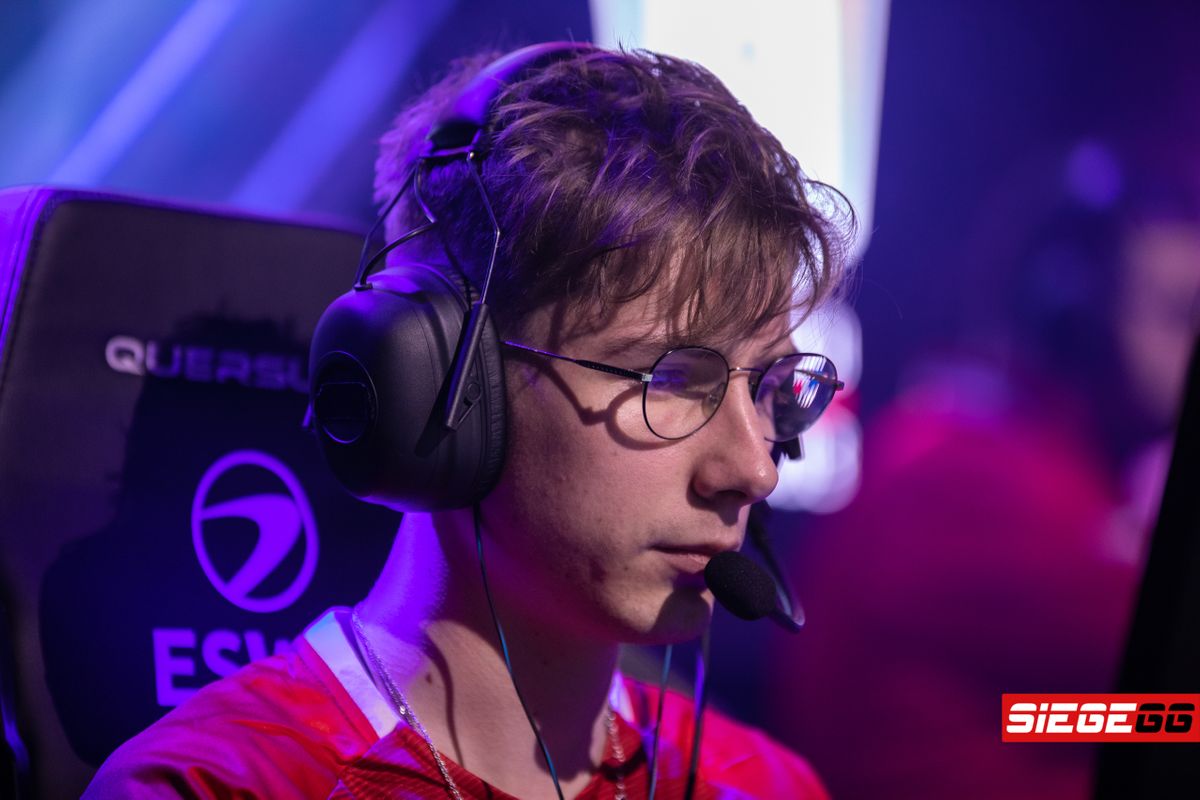 Alphama enjoyed a three-year career in France, representing teams such as Supremacy, LeStream, or Giants Gaming. The Frenchman had competed in various of the biggest stages in the scene, including the Six Invitational 2019, the Raleigh Major, the Milan Finals, and the Tokoname Finals.

Despite playing on some of the biggest stages this esport has ever seen, Alphama’s best memory in Siege is in his country.

He said: “It was a long series of really close losses in Grand Finals in Minors, we always struggled in Major events, but in these Minors, we did well. In this particular one, the national one (6 French League 2019), my full family was there, my friends, everyone came to Paris to watch me. Winning there in front of the crowd and my family was amazing.”

It was around that time that the team felt the most confident, as Giants Gaming had performed well in the two Minors prior to the Tokoname Finals. With teams such as the defending champions Team Empire, G2 Esports, Evil Geniuses, or Fnatic out of the competition — and with the LATAM teams struggling due to visa issues — the Europeans had every chance of getting their hands on their first international piece of silverware. But it wasn’t meant to be. Giants lost in the quarter-finals to Aerowolf.

“Ironically, my worst moment came a week later after my best moment, as I think me and the team didn’t play well in Tokoname, and I felt like the roster needed a change," Alphama said. "At that time, I think I was the weakest player, so that’s when I was removed.”

But when a door closes another opens. After being dropped from Giants Gaming, Alphama signed for eUnited to compete in Las Vegas, where a new chapter in his life would begin.

Léo’s sacrifices in his pursuit to be the best

Everyone in the game wants to become the best, but only a handful achieve that. How much are you willing to sacrifice?

Alphama went for broke and accepted the offer. By getting on the American train, he sacrificed his daily life with his friends, his girlfriend, and his family. It meant adapting to a new culture. A new language. Overall, a new lifestyle.

“I broke up with my girlfriend at that time, a four-year relationship, just for esports," Alphama recalled. "At that time I wouldn’t put an emphasis on that. I was 19, I wasn’t satisfied at that time when I got kicked. I knew I wanted to become the best at my role, the best support, and IGL you could find in the game.”

He continued: “If I want to become the best in this game, I got to put no barriers, and if it means going abroad and doing all the personal sacrifices of living in another country far away from family, friends, girlfriend, then I will do it to become better.”

A very determined player willing to sacrifice everything to be the best in the game, an incredible human being that doesn’t play just for himself, but also for his family and his friends. Leaving them back in France and traveling around the world to become better fuels him and his hopes to one day make that dream come true. 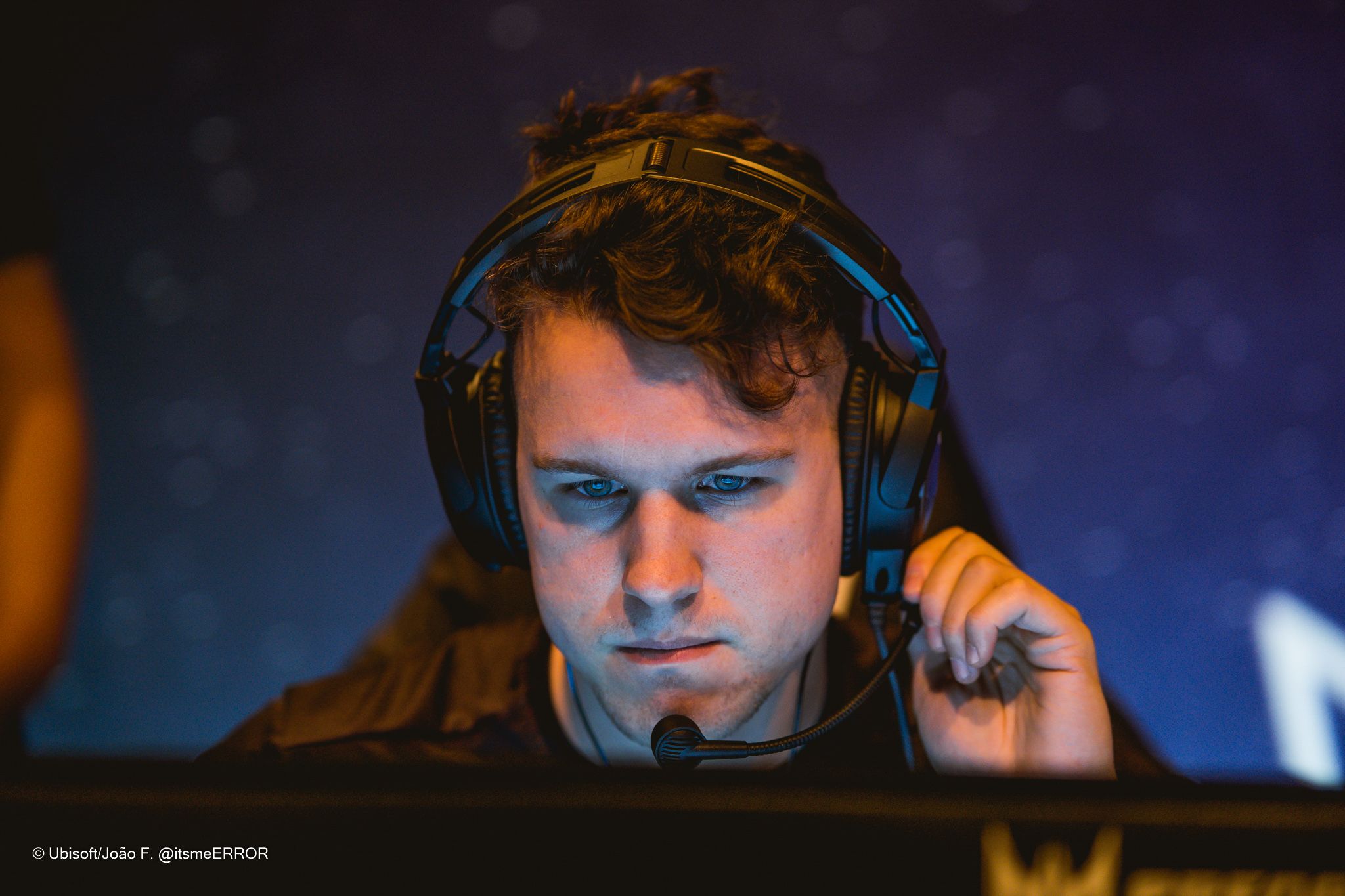 To perform in a top R6 team, you must give your best, invest your time in it, adapt, or even change your playstyle and mentality if needed. But above all, you must feel good with yourself, and you must feel respected — like at home. Being in a new country and a new whole continent will be scary at first. Alphama's opponents are not just in the server, but also outside of it.

Someone could think that switching France for the United States might not be that difficult, and probably can’t be compared to what was ahead. However, cultural shocks are a reality.

Said Alphama: “I come from a family that respects nature a lot, so while living in Las Vegas, I saw things that weren’t good according to my values. So when meeting them I was like, ‘Okay we should not put everything in the same bin,' or ‘You should turn off your PC when you leave.' That’s just one example.”

Despite the cultural differences being quite minor or at least easier to deal with, leaving your friends and family behind is a hole that’s difficult to fill. Alphama went from living a peaceful life in Normandy with his friends and family to living a lonely American Dream. Nevertheless, unexpectedly, someone was about to change Léo’s life for the better.

Alexander “Yeti” Lawson, the current Susquehanna Soniqs player and recent North American champion, was pivotal in the Frenchman’s stay in the United States, with whom he created an incredible bond that still persists.

“Yeti did everything. He presented me to his friends, he showed me the American culture, you know, supermarket, groceries, drove me to the gym. I gained 10 kilos thanks to him, I was living my best life," Alphama said. "He presented me to his family, only two weeks in and I was having Christmas with his family. It was amazing, me the French dude going into an American Christian Christmas reunion, it was amazing, I still have his gift!”

The gift was an Adidas hoodie. While it was too big for him at first, Alphama said that Yeti motivated him to go to the gym and put on weight until it fit him properly.

Added Alphama: “He introduced me to everything, he did everything he could. It got to the point where we rented an apartment together until we got to Vegas for six months. He really did a lot, people don’t see these things, but I will never be able to thank him enough!”

The American Dream is over, APAC North is the new reality

Suddenly, Alphama had to swap countries again, and it wasn’t to return to his hometown. Not even close. The Frenchman would move to Asia, where he had planned to play under Fnatic in Japan. However, COVID-19 appeared, and with it, borders were closed. Alphama was condemned to live on his own in Taiwan and Thailand for the next couple of months.

That meant he had to adapt to another culture with a different alphabet and completely different lifestyle and work ethic to the ones he had in France or America. And this time, no “Asian Yeti” would helpAlphama. This was surely a scary moment in his life.

“American culture is closer to French culture than Asian culture. I don’t want to say Asian culture because they are different from one country to another, but you get my point — different languages, different alphabet, people don’t see that enough," Alphama recalled. "Imagine being at a hospital and you need to get a COVID-19 test, and you see four panels in front of you written in Chinese. You don’t know what’s going on but you must pick one!”

It is at this point of the interview when Alphama reminded me he is 21 years old. I knew that beforehand, but listening to his experiences and the way he was talking sounded like someone far older.

“When I arrived in Thailand and the first place I rented was full of cockroaches, I spent four hours calling the people needed, finding a new place to stay, finding the way to move my stuff there," Alphama said. "You must have adaptability. If you don’t try to make it feel at home, you are not going to last a year there.”

The 2021 season is over for Fnatic as the team decided to skip the Six Invitational 2022 online qualifiers. There’s too much stuff to deal with now in the team, as the Aussies recently dropped Riley “Stigs” Mills and Tex Thompson. Not only that, but the paperwork to move to Japan in the future is still a reality, as the Asian country’s border restrictions are incredibly extreme due to COVID-19.

“Everything I can’t control, I shouldn’t care too much about it, it’s not my job, there’s nothing I can do about it, the only thing I can control is to be at my absolute personal best in 2022," Alphama said. "So I am grinding games, in ranked when there are no cheaters, making sure I am mechanically on top of my game, on top of watching all the VODs of international games, so I can come up with new ideas as IGL, I am also working with the high-performance unit HPU department in Fnatic on developing my mental during games. That’s what I can control, the rest is on the side.”

Jokes aside, Alphama has received very harsh criticism as a player, especially when he was in France and in the US. Many players are put under a microscope when they are not the best at securing kills, but it’s not all about frags.

Alphama has swapped countries, sacrificed time and experiences with his family and friends. Just for a video game. But the thing is, it is never just a video game. Alphama just wants to become the best at what he does, no matter what is it. And he is willing to sacrifice everything.

The humanity and the self-dedication this man has shown me in this interview are amazing. A man with a clear ambition, to become the best at what he loves to do. This is Léo, the person behind Alphama. Siege’s Mr. Worldwide.