In Sweden, DWG KIA’s Cinderella playoff run won’t be put to an end in the quarterfinals. The black-and-white team came out victorious in the Korean 'Siege' derby against SANDBOX Gaming to become the first APAC representative in a Six Major semifinal.

“The win rate against SANDBOX wasn’t that good, so it feels good to win today, because they always improve,” said the MVP of the clash, Jan “RIN” Byeong-uk, in an Ubisoft-organized press conference after the match.

Both teams offered viewers a really entertaining match on Villa, where an overtime was needed to decide it all. There, Heo “CATsang” Se-woong fueled DWG KIA’s hopes to win the map with a great C4 on round 13.

Considering that Villa was SANDBOX Gaming’s pick, the ex-Cloud9 roster would have had to pour blood, sweat, and tears in order to force map three. But DWG KIA’s dominant attacks on Coastline stopped their fellow Korean rivals' efforts before they even got going. Heading to defence with a 5-1 lead, a DWG KIA victory seemed inevitable.

And that is exactly what happened, as the Mexico and Sweden underdogs won the second and final map of the series.

Perhaps it's time to stop seeing DWG KIA as underdogs, and to start considering them as a solid candidate to lift the Six Major trophy in Gävle -- though that is not what the team wants.

“We are not the best team in the world, we want to be the underdog because we are more suited for that role,” said the team’s coach Jang “HoundBird” Gwong-jae.

DWG KIA’s duo RIN and Yoo “Yass” Sang-hoon arose as the best two players of the roster against SANDBOX, with RIN dropping an incredible performance, including 16 kills in a eight-rounds long game on Coastline. 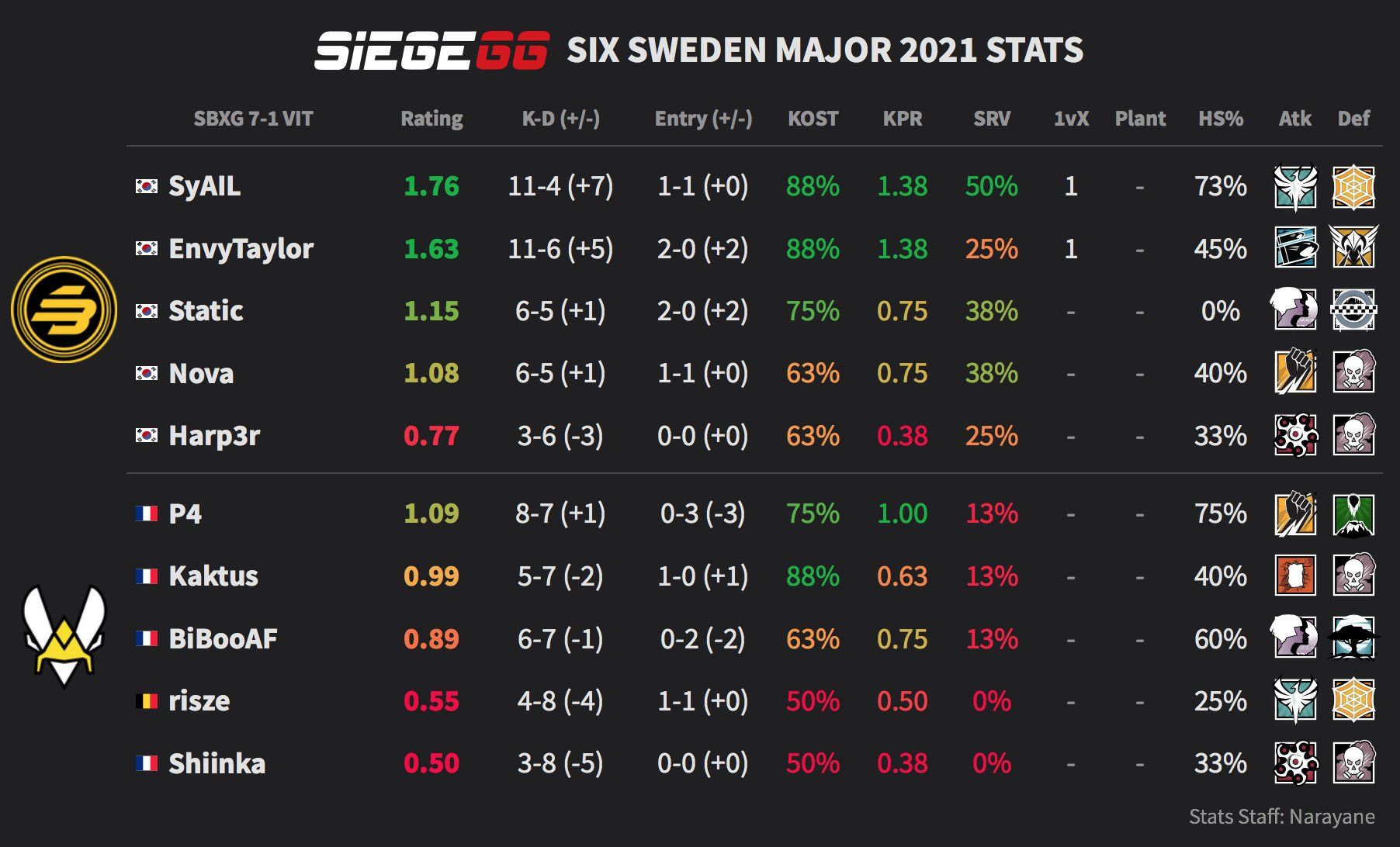 “I am very glad to have such a performance, in the game I tried different methods against SANDBOX, they did not expect them and I got lots of kills,” said RIN.

With the Koreans making it to the semi-finals, another wish has come true for RIN: being amongst the best four teams in the Major. That is not the only wish that RIN made, as he also wanted to face Spacestation Gaming -- before the groups were announced -- and also asked for both Korean teams to qualify for SI 2022.

“It feels weird because it’s like writing a death-note, we just want to win against BDS or FaZe, and win in the Grand Final,” concluded RIN.

DWG KIA will face the winner of the BDS Esport and FaZe Clan series tomorrow, Nov. 13.