In case you missed it -- The upcoming S7 finals in Atlantic City will offer tactical timeouts to teams.

While little has been announced so far, these timeouts have been long present in esports such as CS:GO. Their presence will allow each team to call a pause in the game -- once per map -- to consult with coaches, and change strategies as necessary. This will hopefully lead to more complex counter-strategies and closer, more entertaining games. 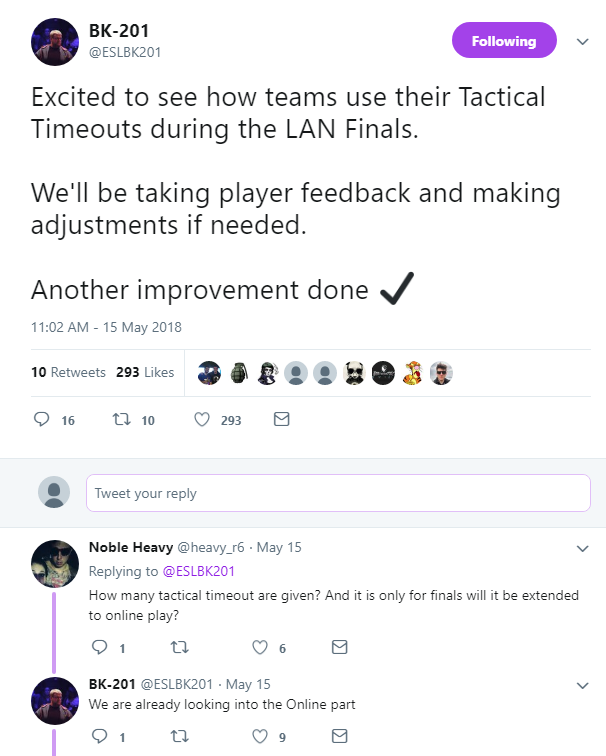 These timeouts have already been in effect in the LATAM BR6 tournament, where each team has one chance per map to call for a 60-second timeout. Going forward, adding timeouts to regular season matches is being considered, and will likely depend on its feedback from this event.