In case you missed it -- Shuttle has stepped in to replace Geoo on Rogue, while Kanto is stepping in for Shatte on Penta for the S7 LAN Finals.

A few weeks ago Geoometrics, Rogue's newest member and Pro League's only Mexican player, announced that he wasn't able to travel with his team to the S7 LAN due to his visa “taking too long". This led the team to search for a stand-in player for the event, and they recently settled on Shuttle. 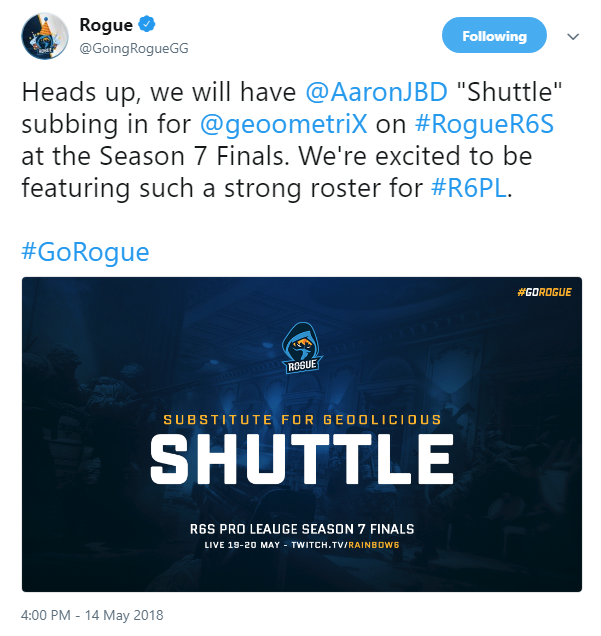 Shuttle is an experienced player having played since Y2S2 for Elevate (now Counter-Logic Gaming), coming 2nd behind PENTA in his first season. However, this season his team was relegated to the Challenger League. He now joins his ex-teammates Geoo and Easilyy in the Rogue roster until the end of the upcoming LAN.

Similarly, Shatte -- PENTA Sports’ most recent addition to their roster -- also announced that he would be unable to participate in the US finals. As such, his ex-teammate from ENCE, Kantoraketti, will be replacing him. 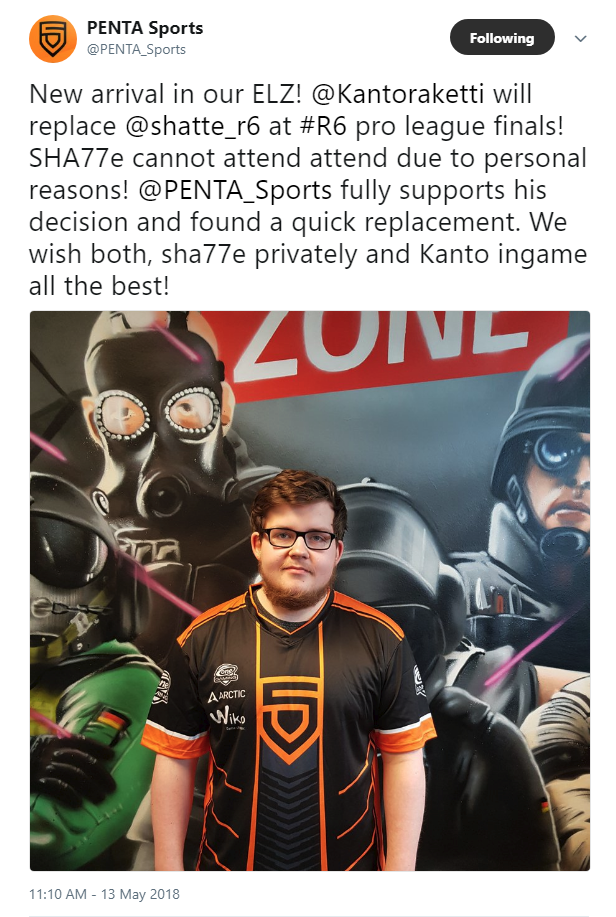 Kantoraketti has been playing with ENCE eSports (previously known as GiFu eSports) since Y2S1, and won the Y2S3 Championship last season. However, like Shuttle and CLG, ENCE was also relegated to the Challenger League earlier in the season. He'll join the roster alongside his fellow Fins of Shatte and Joonas until the end of the upcoming LAN.

The S7 LAN in Atlantic City kicks off on the 19th of May with Rogue playing NORA-Rengo, and PENTA playing Evil Geniuses with their stand-in players.