"I am counting on [reaching] the round-of-eight": RIN bullish on DWG KIA's chances in 'group of death'

The Koreans are full of confidence after a strong Mexico Major run.

Listening to the way DWG KIA talks about their group, or their fellow Koreans, or their regional rivals down South, you would think that they’ve just come off the back of a title-winning performance at the Mexico Major. There is some swagger, there is confidence, and a seemingly bored facade hiding an itch to get into the game.

DWG KIA’s Cinderella run at the Mexico Major absolutely was the stuff of fairytales. A brand new team, only in its second-ever top-flight split, from the underdog APAC region, taking down the reigning world champions back-to-back? And making it to the playoffs by sending the former world champions packing? That only happens in the movies, surely.

But it happened in real life, and DWG KIA are full of vigor ahead of their Sweden Major opener later today, Nov. 8. 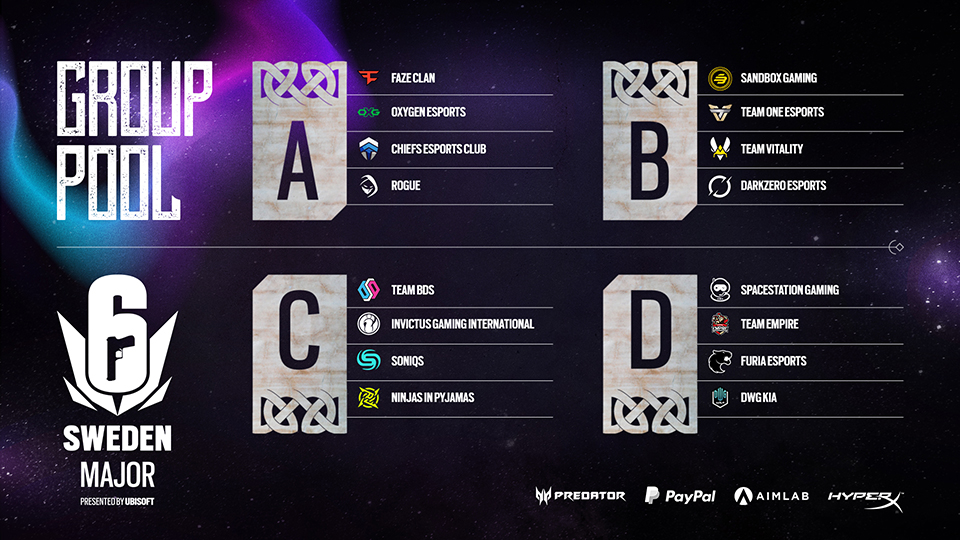 All these words saying that they’re ready to topple Spacestation Gaming, Team Empire, and FURIA Esports, delivered with ice-cold emotion.

Of course, it helps when one of the longest-running teams in APAC gives a vote of confidence in this relatively inexperienced DWG KIA roster.

“We feel really proud because Nova is a player with a long history,” said Sewoong “CATsang” Heo, referring to Sihun “Nova” Lee’s revelation that SANDBOX had used DWG KIA’s Mexico exploits as inspiration in Stage 3. “To hear that kind of respect coming from him is really something that we like to hear.”

The players from both teams have felt a comforting sense of familiarity at this Sweden Major so far, shared Sanghoon “yass” Yoo, being able to have “somebody to talk to, unlike in the Mexico Major”.

“Of course, we [even] share some opinions and some tips about the event and the games,” continued yass.

The solidarity isn’t limited to their fellow Koreans of SANDBOX Gaming, however. DWG KIA are bullish on the chances of their APAC South rivals in their respective groups, even though Invictus Gaming are without Jeremy “HysteRiX” Tan, and expect both to make it to the playoffs without “any trouble”.

While Invictus are themselves not as hopeful regarding their chances, and are very much in damage-limitation mode, their captain Glen “Lunarmetal” Suryasaputra was very much optimistic about APAC as a whole as well.

“Every Major event is the only time we get to play other regions, we bring back home huge amounts of information and learning,” he said in an earlier press conference. “APAC is growing quickly, it’s only been set back by COVID-19. I think we would have seen a top-two or even a Major-winning team by now if it wasn’t for the pandemic.”