At the Sweden Major, it's time for BDS to put Europe back on top

The Frenchmen did not lose a single map during Stage 3, which makes them the main antagonists to a flawless 2021 Brazilian dynasty.

Throughout the history of ‘Siege’ esports, we have seen many European squads winning international major tournaments. PENTA’s 2017 rivalry with ENCE evolved to the G2 Esports dynasty, which was put to an end by another European roster, Team Empire. Even without the two European powerhouses, it was Natus Vincere who won the Pro League Season 10 Finals.

But things have changed. Europe is far from its peak, going from being the region to follow, to the region that must learn. However, Europeans are confident that they can get back to the top, now on home soil again, with Team Empire and BDS Esport being the favorites to deliver good performances.

Exactly two years and a week ago, BDS Esport were promoted to Europe’s top-flight. Since then, the team has only had two changes in its line-up and has the most consistent roster in the EUL. 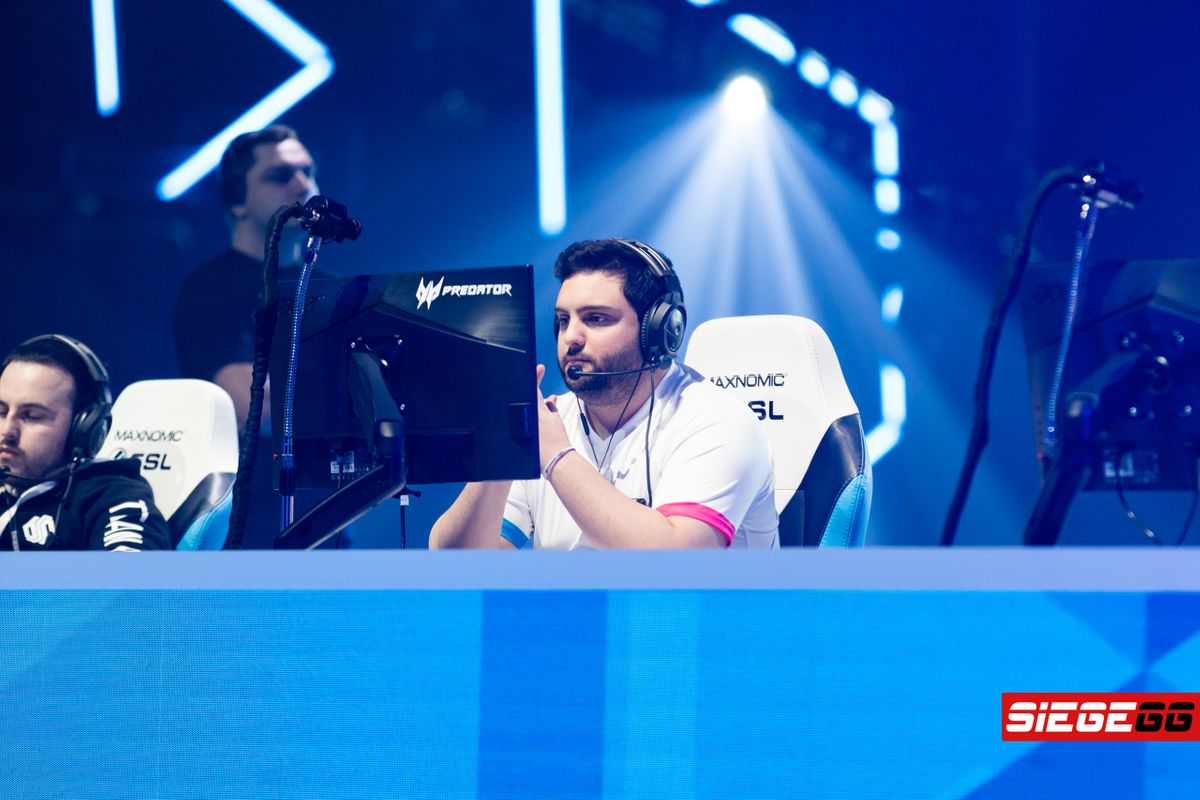 The team’s first major international appearance was back in the pre-pandemic times, at SI 2020. BDS had just made its first lineup change, with Bryan “Elemzje” Tebessi signed to replace Dimitri “Panix” de Longeaux. Although this was initially a very controversial change, the ex-Team Secret player placed second in BDS’ stats at the event, just behind Stéphane “Shaiiko” Lebleu.

If that was not enough BDS have been, alongside Empire, Europe’s best performers at post-pandemic international competitions with a 7th-8th place at SI 2021 and a 3rd-4th place at the Mexico Major, having taken 1-2 defeats against TSM and Team Empire, respectively.

The French squad heads to the Sweden Major after producing a third split for the books, having won all of their matches -- seven in regulation, two in overtime. Such outstanding results put them at the top of the standings with 25 points, six more than Team Empire’s 19.

BDS also do not seem to struggle with map pool versatility. They are flexible in terms of maps, with Kafe and Villa the only ones not shown during Stage 3 by the Frenchmen. However, it is worth noting that they mainly play the Russian map at LAN events, as they played it four times at SI 2021 and two times at the Mexico Major.

Meanwhile, it is common to see BDS banning Villa, as it is their least played map -- with only two top-flight games played there this year.

Even Team Empire’s player Danila “dan” Dontsov said in an interview with SiegeGG that BDS are stronger than them in terms of map-pool, as he thinks that “if BDS had won against [Empire], they would have won the Mexico Major”.

A big reason behind BDS’ results is Shaiiko. The 22-year-old is the only European League professional to have registered +100 kills in every stage played this year. Moreover, Shaiiko has always finished amongst the top three players of the split, with him the best in terms of SiegeGG Rating in the past two stages  -- 1.42 and 1.38, respectively.

A key weapon in BDS’ arsenal may be their record against Brazilian rosters. The French squad have won 13 out of 19 maps played against LATAM teams at major international competitions. Curiously enough, four of their only six defeats came against their group stage rivals, Ninjas in Pyjamas. 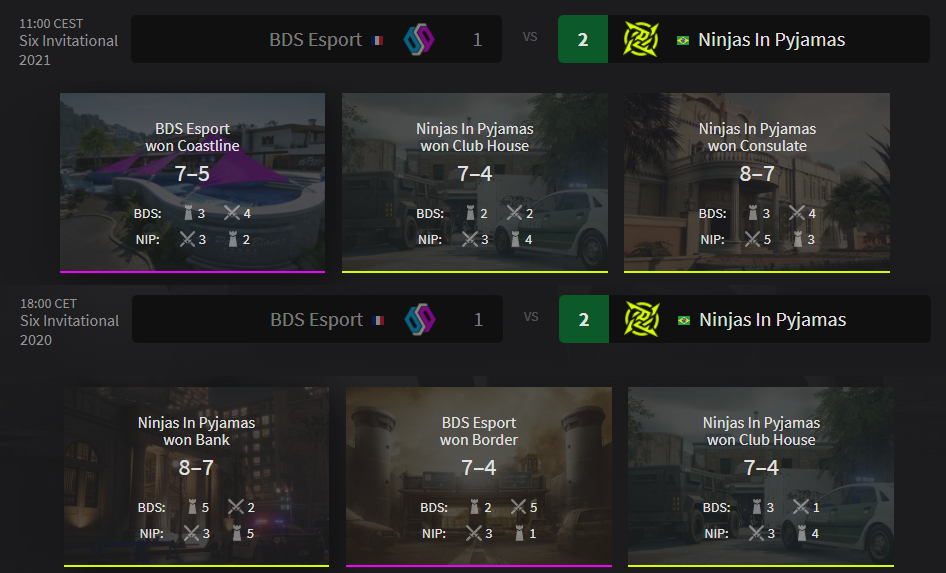 On paper, BDS Esport are the favorites to make it to the playoffs, alongside the Brazilians of NiP. The Susquehanna Soniqs, who fell twice to the Frenchmen in Mexico (1-7, 3-7), and Invictus Gaming, who will play with their coach Ellis “GiG” Hindle in place of Jeremy “HisteRiX” Tan, are also in the group.

BDS Esport's first match at the Sweden Major will be against the Susquehanna Soniqs on Monday, Nov 8.