Two Australian, one Japanese, and one Korean team will play in the APAC relegations to retain their places in the APAC Leagues for the 2022 season.

Starting with APAC North, T1 finished in last place with a 2-2-2-15 record and just 12 points, making them the least successful team in the entire R6 Circuit this year.

Just above them is the Japanese FAV gaming roster on 24 points, who followed up their best-ever top-flight performance in Stage 2 with a last-place finish during Stage 3. The fall came after the team replaced Ken "K-RAISER" Takazawa with “Luugator” during the transfer period.

This means these two will face the top two teams in the Korean Open and Japan League for two places in the 2022 APAC North season. 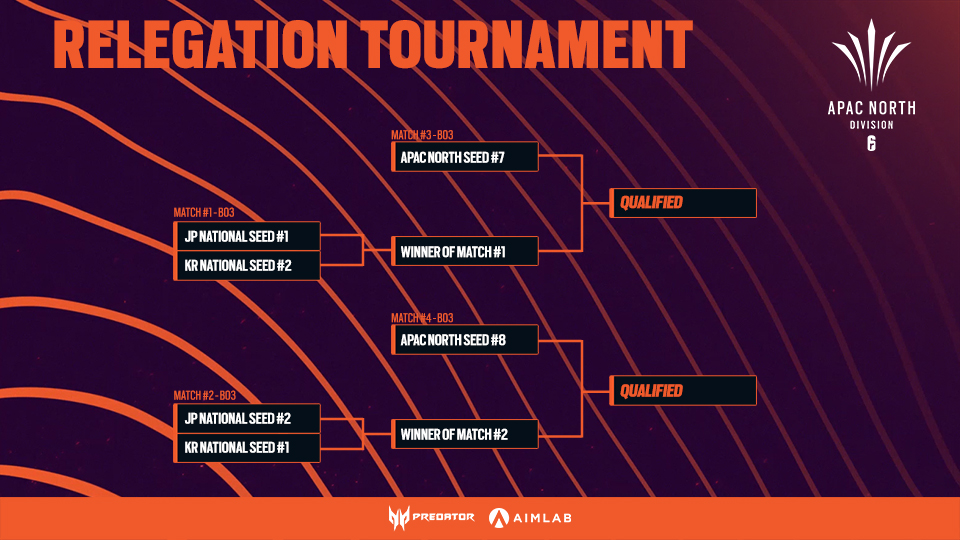 The Japan League teams REJECT and Sengoku Gaming have been placed on T1 and FAV’s sides of the bracket, respectively. Sengoku Gaming is widely viewed as one of the strongest team in the relegations, a roster that stars the ex-Nora Rengo players of Yuta "ReyCyil" Inoue and Ryuki "Ramu" Matsuoka.

The Korean Open teams, meanwhile, will be RECON Esports and Team Viper, however, it is currently unknown out of these two which will be on which side of the bracket.

In APAC South, meanwhile, ORDER finished the season in second-last place after achieving seventh, eighth, and sixth-place finishes across the three stages. Below them, Wildcard had nearly identical finishes at eighth, sixth, and seventh, but were one point behind overall.

This comes despite both teams opting to bring on experienced coaches at the beginning of this stage in the form of Brendan "Derpeh" Carr for ORDER, and Wille "r0usty" Turunen for Wildcard.

These two will now join six challengers in the relegation battle for the two 2022 Season spots; the top two teams from the Oceanic Nationals, the top two from the SEA Championship taking place in November, and the top two at the upcoming South Asia National Playoffs. 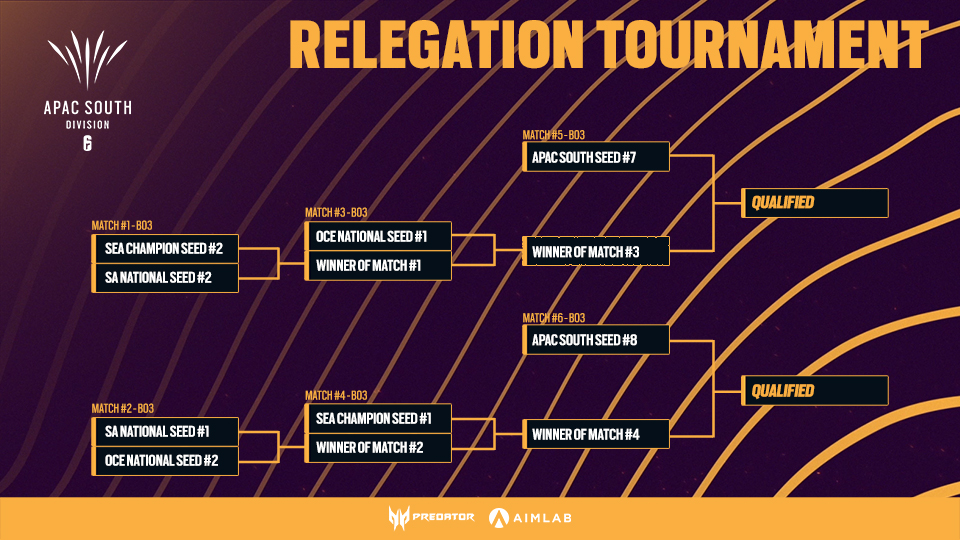 At the moment only two of these rosters have been confirmed, as Team Bliss and ROFLCOPTER GG finished the OCN Season in third and fourth respectively.

Bliss, in particular, are currently undefeated against both ORDER and Wildcard, making them a standout favourite to make it to the APAC South league next year.

While Wildcard will have to play this relegation match in December, they will first be playing another relegation match in November. This match will determine if they will be able to stay in the Oceanic National tournament next year, after finishing the 2021 season down in seventh  place.

Should they lose this, they will have to play the following year in the Oceanic Challenger League -- two tiers down from APAC South-- in a somewhat embarrassing prospect for the team.