“We stayed one or two weekends without playing Siege [as a] team”: Lagonis on Team oNe’s Stage 3 after winning in Mexico

With the Copa Elite Six Stage 3 around the corner, it is time now to take a closer look at the Brazilian teams, starting with Team oNe.

The Mexico Major winners are now on their way to the Copa Elite Six in what they hope will just be a stepping stone on-course to a second international title.

The past month and a half have been really intense for Team oNe. The roster went from playing a tiebreaker match against CYCLOPS athlete gaming to winning the Mexico Major. Then, the team had less than two weeks to prepare for the third stage of the Brasileirão.

“After the Major, we stayed one or two weekends without playing Siege [as a] team, just individually,” said Team oNe’s in-game-leader Lorenzo “Lagonis” Gomes in an interview with SiegeGG.

The 19 year-old explained that in order to get back on track to prepare for the stage, the team played “six maps every day” and focused on having conversations at the end of the day about “mentality” and “gameplan”. 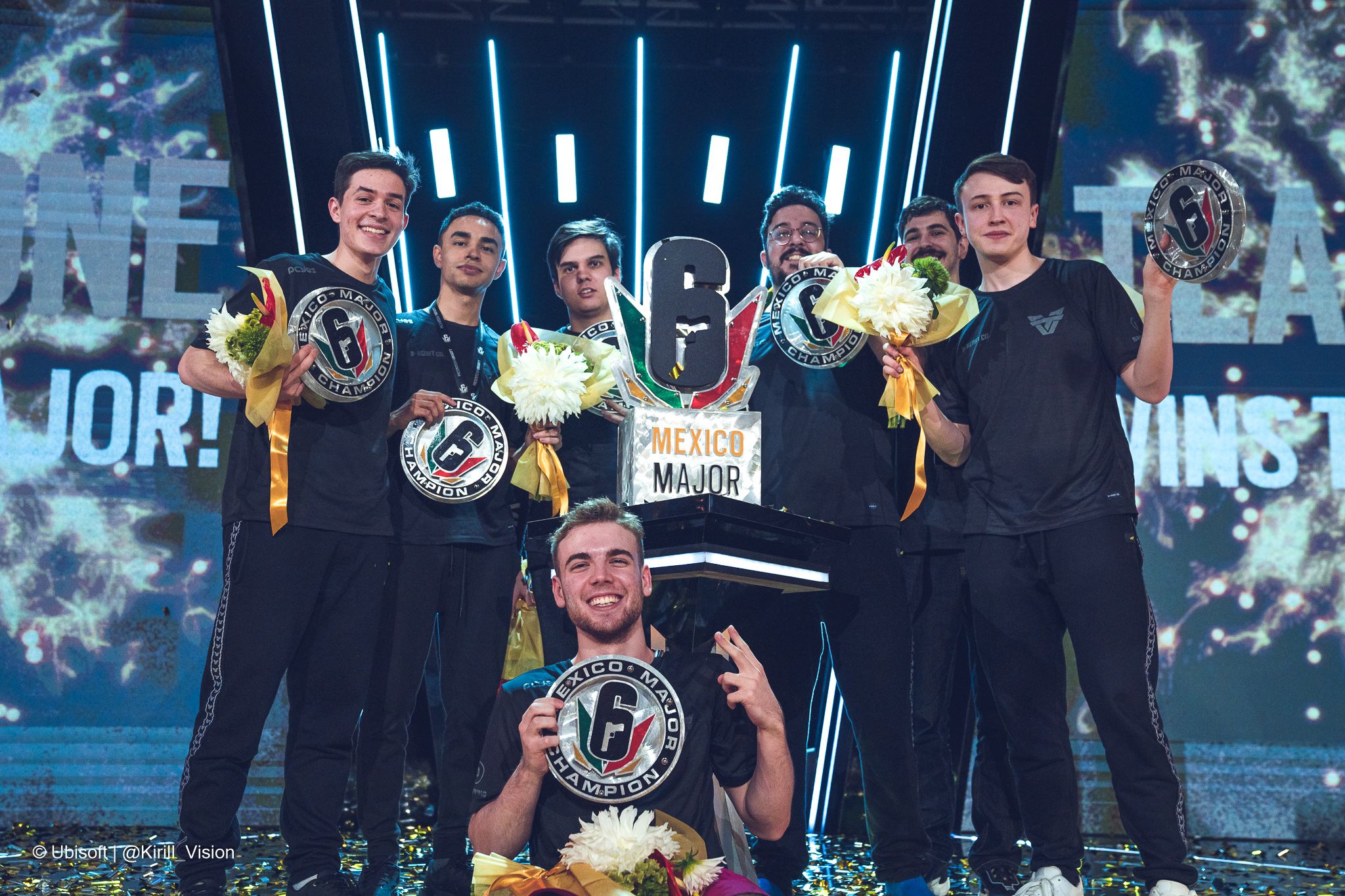 The team’s start to the BR6 was not the greatest, as a maximum overtime win against W7M Gaming was followed by a 3-7 defeat to FURIA Esports.

However, Team oNe’s victory over the SI 2021 champions Ninjas in Pyjamas the following week was enough to calm the viewership. According to Lagonis, a “7-0 felt great as everything in the game plan was perfect”. This was the first and only time so far that Team oNe beat Ninjas in Pyjamas.

If it was not for their recent maximum overtime loss to FaZe Clan, the team would be now in a five back-to-back victories streak. Team oNe is the second best roster in terms of points earned throughout the third stage, it is undeniable that the Mexico champions’ have kept their momentum alive.

After oNe secured the Mexico Major, it stands to reason that they’d feel the pressure to continue winning. The team has won their very first international silverware, something that only two more Brazilian teams can say: Ninjas in Pyjamas and Team Liquid.

Someone could think that such an honour at such an early age adds pressure to the players, but the synergy of the team lightens it up.

“There is pressure, but we don’t talk (about it), it is part of the competition because we won the title,” said Lagonis. According to the 19 year-old, knowing each other before the creation of the project “is super important” at dealing with the downsides of being a champion.

Although the team have won an international trophy, oNe is yet to make a statement in their own region. The team’s records in regional tournaments have not seen the squad catching the biggest prize, as oNe fell to Team Liquid at the Six November 2020 Major Grand Final (1-3) and against Ninjas in Pyjamas at the CES Stage 2 Grand Final (1-2).

Lagonis does not feel any pressure as he thinks that “the team is on its way to one”, and that not having one already does not change the fact that the roster does not have anything “left to prove”.

Copa Elite Six Stage 3 might be their best shot to get some redemption. However, the team will face some rosters who are already against the wall in the Six Invitational 2022 race, as this is the last tournament -- before the November Major -- that awards teams with SI Points. Meanwhile, Team oNe have already qualified for the event mainly thanks to their great result in Mexico.

“It feels great because we can start practicing for the SI 2022,” said Lagonis. The player mentioned that this CES will be “the most challenging one” as the teams have shown great skills throughout the stage. Surely, not having the need of winning SI Points can help.

The 19 year-old also thinks that the Argentinian and Mexican rosters could put up a great fight, highlighting Fenix Esports’ last performance against them as they “were surprised” by their improvement.

Lagonis also mentioned that the team is desperate to “have a rest on December” as the roster invested a lot of hours, probably being the team that has invested the biggest amount as “we were a new team”.

With two games left in the Brasileirão, and with their spot already confirmed for the BR6 Finals, Team oNe is already focusing on the Copa Elite Six. The objective is clear: qualifying for the November Major to defend their title.

“CES is our goal to compete in the Major”, concluded Lagonis. The team is motivated and cannot wait to defend their title in November; however, the first step is finishing in the Top 4 of the CES.