“The goal is to beat a Mexican side and, if possible, a Brazilian team”: TomHagen on the CES and his team’s performance at the South American championship

With the Copa Elite Six Stage 3 around the corner, it’s time to have a look at the South American participants.

Looking at the three LATAM sub-regions, we could all agree that South America is the region with the most room for improvement.

Both 9z Team and Malvinas Gaming have completely dominated the region, with Furious Gaming the only roster capable of following closely -- but always only from third place. If we look at the current combined standings, the difference between the second-seeded 9z Team and the fourth-seeded Newstar is 23 points. 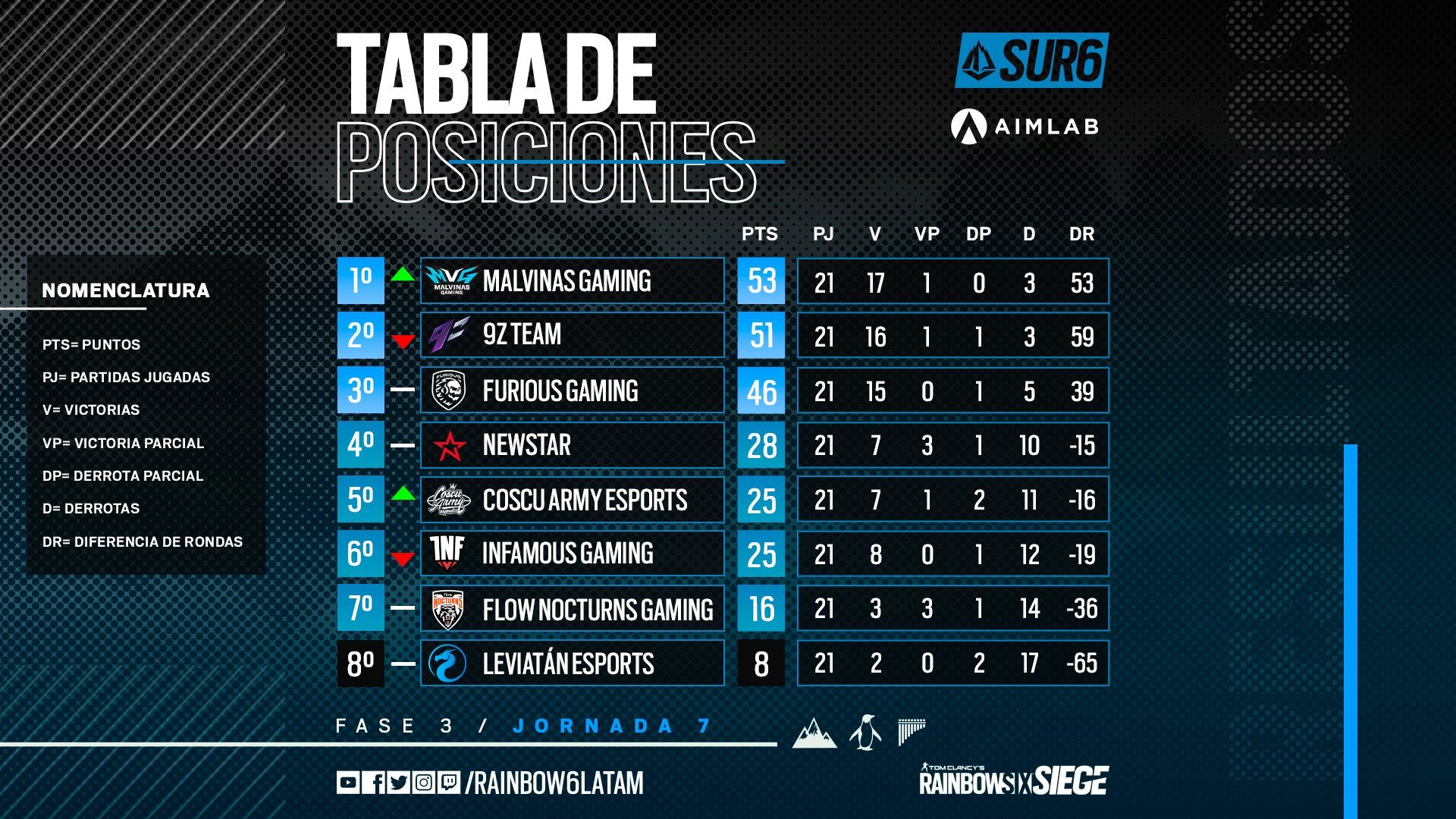 The gap in skill between 9z, Malvinas, Furious and the rest of the table becomes even more obvious when we take a look at their records: out of a combined 13 losses throughout the three stages, nine came in games between those three.

To put it plainly, out of 45 matches the top three played against teams placed fourth or worse, only four games were not won by the trio.

Despite Furious Gaming being able to keep up with the pace of its rivals, they could never really catch up. Its Stage 1 and Stage 2 results against the two leaders made the final difference, as Furious lost all of its matches against Malvinas and 9z Team.

Luckily for Malvinas Gaming, LATAM never resets the standings once the stage concludes. If this was not the case and the South American championship worked as Europe, North America or APAC, Malvinas would have ended in third place, 9z Team in second and Furious Gaming in first.

With this being said, the truth is that the best roster throughout the third stage in South America will not be playing at this month's Copa Elite Six.

The Copa Elite Six’s first stage was one to forget for the South Americans, whose rosters won a combined 13 rounds out of a possible 69, and both teams finished at the bottom of their respective groups.

However, the Argentinian duo massively improved their performances in the second stage, as 9z Team forced an overtime against the eventual Mexico Major champions Team oNe, while Malvinas Gaming defeated Atheris Esports.

It is always nice to dream, but sometimes you want to keep your feet on the ground. Tomás “TomHagen” Otañi, who used to play for 9z Team before signing for Malvinas, is well aware that his team’s chances of success are low.

“The objective is to beat a Mexican side and, if possible, a Brazilian team,” said TomHagen in an interview with SiegeGG.

Malvinas Gaming has been slowly climbing the standings. After finishing Stage 1 in second place just behind 9z, Malvinas went flawless in the second split. Despite starting the third with two back-to-back losses, the roster ended the season in first place on the last day.

There was a reason for those bad performances though; the Argentinian roster had signed Richard “blk” Rodríguez as its new fifth, but played with Franco “Franzeta” Molina, its substitute.

“We had a problem, as blk signed for us as an underage player, so Franzeta played in his place until blk was 18. Basically, we played half of the training with Franzeta and the other half with blk,” said TomHagen.

It was a very risky decision that has paid off so far. The Paraguayan player has already registered 19 kills within two games and may be set for more at the Copa Elite Six.

This is a player who has just turned 18 years-old, and has “Série B players usually [inviting] him” to play with them due to his “astonishing” skill.

“Our scene is not big, so when a player is good it doesn’t go unnoticed,” said TomHagen. The Argentinian talks of his teammate as “one of the best entries in the region”, even though he is “lacking control over his utility or being too confident in some occasions”. By Tom, these are things that “can be fixed in the mid-term”.

With the final roster now finally together, the team is ready for the Copa Elite Six in Stage 3. Blk will have to step up significantly for Malvinas Gaming against some of the best teams in the world.

“Let’s be realistic here, it is very difficult. We have been scrimming Brazilian teams and it is difficult to close some rounds, and you know that they are just preparing things. I feel like we can have a really good team in the future if we keep our roster together,” concluded TomHagen.

The Copa Elite Six Stage 3 group stage draw will be held after the conclusion of the last BR6 match on the 10th of October between Team Liquid and Santos e-Sports, which will start at 5 PM BRT (+7 UTC).