“Our focus was on the EUL, GSA was more of a second thought”: Team Secret coach Titan on his team's fifth-place GSA finish

With the GSA League now over, SiegeGG spoke to Team Secret’s coach and analyst William “Titan” Davie to know more about Secret’s campaign.

Team Secret had a rough GSA campaign, to say the least. Despite usually at or near the top four places, the team was the only EUL organization to fail to qualify for the GSA Finals.

The league was a close competition for everyone, as SSP and GoSkilla finished as two best sides after the conclusion of the group stage. With nobody expecting two T3 competitors at the top, and with the Finals a four-team competition, this meant that one EUL team was set to miss out -- and as the days ticked down, it was going to either be G2 or Secret. 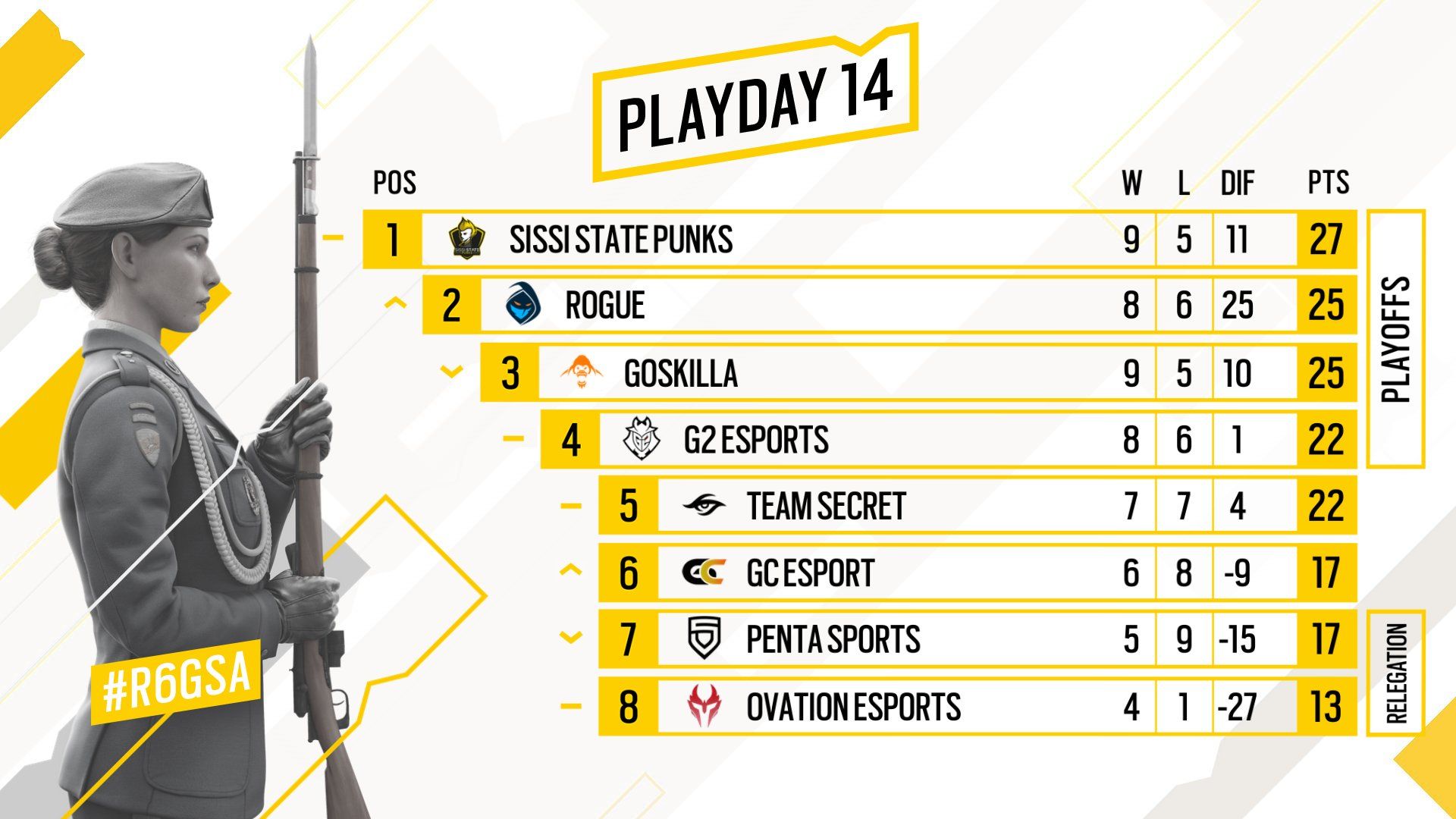 Despite an awful end to the season from G2, who lost the last five games, Team Secret could not take advantage of its opponent's downward momentum. Only able to garner two points against GC Esport, the team finished in fifth place with the same amount of points as G2, but a worse head-to-head difference.

“GSA was something we had at the back of our minds, it was something that 'if we could win it would be great'. There was not too much pressure. Our focus was on the EUL, GSA was more of a second thought,” explained Team Secret’s coach and analyst William “Titan” Davie when asked about the importance of the GSA League for Secret.

The truth is that the European League rosters have a huge dilemma on their hands while playing in pivotal matches that decide their opponents' Challenger League aspirations.

Although it increases the viewership of the competition and it gives the priceless opportunity for the regional rosters to compete against the very best teams in the continent, Team Secret feels that at some point, decisions have to be made regarding its priorities.

“The truth be told, those two play-days with the new Stage 2 roster against GoSkilla and SSP were so much more about us just trying to be competitive in those games while showing absolutely nothing,” said Titan.

And that absolutely paid off for Team Secret. One day after falling to SSP, the lineup defeated Natus Vincere 7-3 and four days later beat relegation-contenders Rogue 7-5. Without these six points, Secret would currently be at the bottom of the EUL standings.

That opens up a discussion on competitive integrity, as many rosters back then had been competing for a ticket to the upcoming European Challenger League.

“EUL teams can prevent national teams from playing in the Challenger League. In the case of Ovation, they probably faced us at the worst time as we played maps that we would not be playing for the rest of the EUL”, concluded Titan.

Although Ovation finished at the bottom of the standings, the German roster made it to the European Challenger League through the qualifiers.

Put plainly, rosters like Team Secret and Rogue are lineups that desperately look for EUL points to avoid possible relegation. Even G2, whose current aspirations are to qualify and perform as well as possible at Major events, have to make similar decisions. And what dictates the future of a roster is its results at the top-flight, not its performances at a regional tournament.

However, that does not mean that regional competitions are meaningless for EUL rosters. When asked about the roster’s GSA campaign, Titan praised this experience as a lesson that “has played [a role] in how the team faces this next stage”.

Team Secret had closed out the GSA League on shaky ground, as four of its last five matches had ended in overtime. This was unfamiliar turf for Secret, as the roster had not played any overtime games between Stage 1 and Stage 2. But then, in Stage 3, Secret started off with an overtime win over Heroic. “(The) Heroic game was our first overtime result in the European League this year. Regarding the GSA overtimes, it’s an unfortunate consequence of when you have to try to play from a loose play style, that is something that is going to happen when you play without strats,” mentioned Titan.

“The only overtime result that disappointed us was when we lost to GC Esports, which cost us our Finals position. We were 6-3 up but we hit a brick wall as a team; it was disappointing and we had a bit of a talk after. It was the only GSA (game) that sort of affected us... we were like ‘how did we win that game?’,” concluded Titan.

Titan expects an improvement in the team in these situations after the signing of Luke Kendrew, who he described as an “opportunity seeker”, a player with a huge “charisma” and a very “honest personality” that has “been through almost everything”.

“Kendrew brings chaos, but controlled chaos. He ticks all the boxes,” said Titan.

Despite being Secret’s coach and analyst, Titan had to step in on not just one but two occasions. Surprisingly for Secret, the team won both games despite going to maximum overtime, with Titan being named as the best player in Secret's victory against Rogue.

Kendrew’s incorporation to the team after Vincent “Hife” Finkenwirth’s departure leaves Team Secret with one foot out of the GSA League, as no player now lives in the region and the organization is not based there. In fact, three of Secret’s current players are from UKIN, which could see the organization making a comeback to the region after having left two years ago.

“The closest tie to the region is myself being born there, other than that we don’t have any real ties. I honestly don’t know where we (regionally) are right now,” concluded Titan.

With this said, Team Secret can now focus exclusively on the European League and its objective of avoiding relegations. With Rogue's Stage 3 win against Heroic, the Rogue vs. Secret game will likely decide which of the two teams has to play against the second-placed Challenger League team.